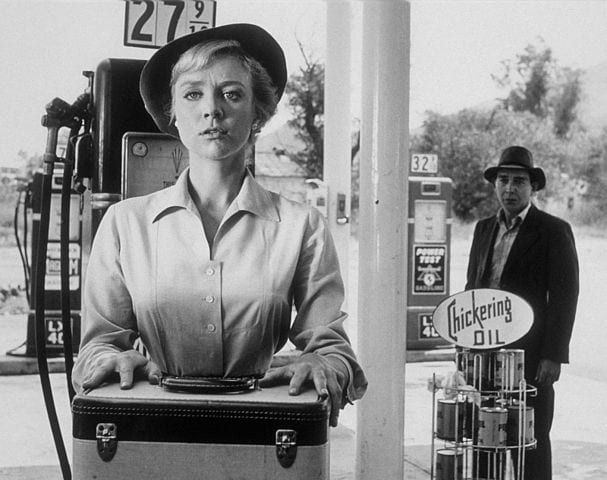 We are no longer living in a republic, and no longer governed by the rule of law, if Senate Democrats succeed in their dishonest smear campaign against Brett Kavanaugh. Abandoning every concept of justice and all standards of decency, Democrats have disgraced themselves in their desperate partisan effort to derail Judge Kavanaugh’s appointment to the Supreme Court. And if the GOP majority in the Senate cannot summon the courage to stand firm against this stampede of flimsy accusations, what point is there in even having a Republican Party?

Democrats have turned the confirmation process into a surrealistic circus of smears that Judge Kavanaugh himself called the “Twilight Zone.”

“This process is a disgrace and is harming good people,” a group of Judge Kavanaugh’s high-school friends declared in a letter sent Wednesday to Senate Judiciary Committee Chairman Sen. Chuck Grassley and the committee’s ranking minority member, Sen. Dianne Feinstein. These friends were reacting to the latest and most lurid of the accusations made against Judge Kavanaugh, this one by a woman named Julie Swetnick, who is represented by Michael Avenatti. Swetnick’s bizarre claim that Kavanaugh was a participant in gang rapes at house parties was denounced as false by those who knew him during his days at Georgetown Prep.

“Nonsense,” these 60 friends declared in their letter to Sens. Grassley and Feinstein. “We have never witnessed any behavior that even approaches what is described in this allegation. It is reprehensible. In the extensive amount of time we collectively spent with Brett, we do not recall having ever met someone named Julie Swetnick. Nor did we ever observe Brett engaging in any conduct resembling that described in Ms. Swetnick’s declaration.”

Avenatti, whose previous representation of Stephanie “Stormy Daniels” Clifford led Fox News host Tucker Carlson to dub him the “Creepy Porn Lawyer,” has a remarkable talent for finding sleazy clients. Within hours of Swetnick’s sworn statement about Judge Kavanaugh being filed, Politico located an ex-boyfriend of Swetnick who in March 2001 was forced to swear out a restraining order against her. “She’s not credible at all, not at all,” Richard Vinneccy said of Swetnick, whom he dated for four years. “Right after I broke up with her, she was threatening my family, threatening my wife and threatening to do harm to my baby at that time.” For the record, Politico noted, Vinneccy is registered to vote as a Democrat.

Swetnick’s credibility was also questioned by Lisa Miller, an alumna of the all-girls Georgetown Visitation Preparatory School. “In 1981, I attended parties with football players from Georgetown Prep,” Miller told Matt Margolis of PJMedia. While acknowledging that underage drinking occurred at the parties, Miller said: “NEVER did I witness behavior that Julie Swetnick describes, ever.” Miller also pointed out that Swetnick, who attended public school in Gaithersburg, was not likely to have been invited to parties with the prep school crowd. “You can’t just go to a party of someone you don’t know, unless she had a friend inside the group,” Miller said, adding that she never saw Swetnick at any parties.

“This is all becoming more and more bizarre,” George Washington University law professor Jonathan Turley said Wednesday night in a Fox News interview with Laura Ingraham. Another of Ingraham’s guests, Andrew McCarthy, noted the way Democrats timed their attacks for maximum impact, with Feinstein holding back the original allegation from Christine Blasey Ford for nearly two months, until after Judge Kavanaugh had sat through more than 30 hours of testimony to the Judiciary Committee. “They sat on these accusations,” McCarthy said. “They abused the process.”

Every Democrat on the Judiciary Committee has already announced they will vote against Judge Kavanaugh’s confirmation, and thus Thursday’s scheduled testimony is superfluous to the process. The uncorroborated smears were self-evidently intended as a delaying tactic, an effort to keep President Trump from filling the Supreme Court vacancy until after the upcoming midterm elections. The details of the accusations against Judge Kavanaugh — including a Yale classmate’s tale, for which the New Yorker reported it could find no corroborating witnesses, and which the New York Times also investigated but could not confirm — are ultimately irrelevant. Both Ford and Judge Kavanaugh are scheduled to testify Thursday, and TV viewers can decide for themselves, but is it likely that anyone’s mind will be changed by this televised performance? Probably not. The political battle lines are so clearly drawn that everyone has already chosen sides. After a group of anti-Kavanaugh protesters swarmed Sen. Ted Cruz in a restaurant, former House Speaker Newt Gingrich remarked that the Democrats are now pursuing a “raw power” strategy.

“I mean, what has happened to America, when random left-wing totalitarians think they can violate private property, trespass in a restaurant, go in and intimidate a citizen who is simply trying to have dinner, and they think they’re heroes?” Gingrich asked in an interview Tuesday with Sean Hannity. “We’re watching a period where what we have to understand is this is about raw power, and if the left can stop Kavanaugh we will not get another conservative Justice in our lifetime on the Supreme Court.”

The man at the center of this firestorm testified Tuesday in a closed-door conference call arranged by the Senate Judiciary Committee, where he was asked about the most recent claims against him. Five times during that testimony, Judge Kavanaugh used the phrase “Twilight Zone” to describe these accusations. Asked his opinion of the claims made by Avenatti’s client, Judge Kavanaugh replied, “I think it’s absurd, outrageous, a joke, a farce, the Twilight Zone.”

There is only one way out of this bizarre alternative reality, and that is for the Republican majority in the Senate to end this farce, vote to confirm Judge Kavanaugh, and then take their case to the voters in November. If the American people still have any sense of basic fairness, they will repudiate the Democrats whose disgraceful tactics have wrongly besmirched Judge Kavanaugh’s reputation. Otherwise — if Democrats win — we’ll all be journeying into the Twilight Zone.

Robert Stacy McCain
Follow Their Stories:
View More
Robert Stacy McCain is the author of Sex Trouble: Essays on Radical Feminism and the War Against Human Nature. He blogs at TheOtherMcCain.com.
Most Popular
1
Dismal Science
The Biden Administration: Sophistry in Motion
by Frank Schell