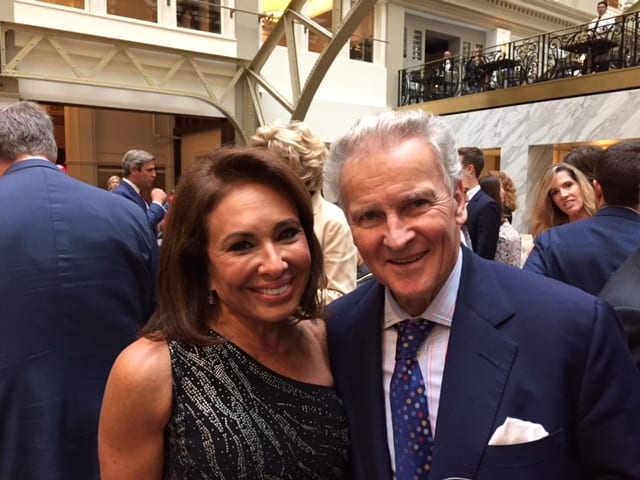 Judge Jeanine partied last night with a higher class of people than babbling head Ana Navarro and screaming meemie Whoopi Goldberg. To celebrate her book release: Liars, Leakers, and Liberals: The Case Against the Anti-Trump Conspiracy, she invited cultured conservatives like The American Spectator’s own R. Emmett Tyrrell, Jr.

To illustrate the contrast, here’s Judge Jeanine with The View vipers (notable exception, Meghan McCain who must carry the conservative commentary burden alone but has more sense than the rest of them put together):

Notice the incivility of the leftist panel. For contrast, note the civility at Judge Jeanine’s book party. No drinks or insults thrown! 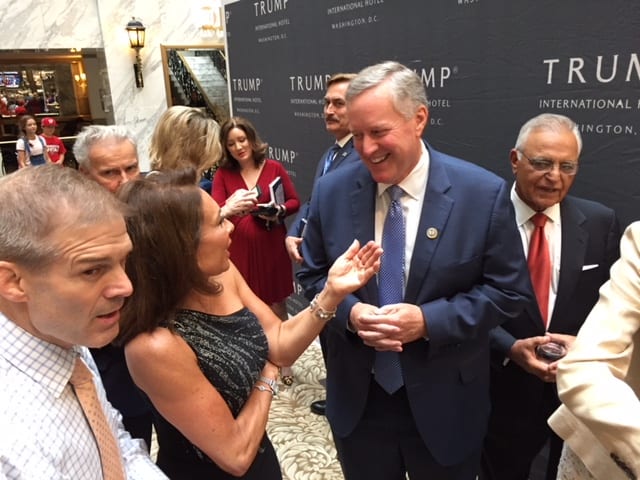 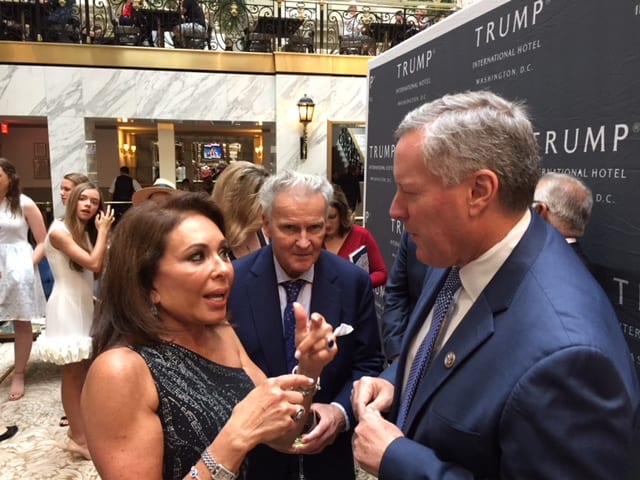 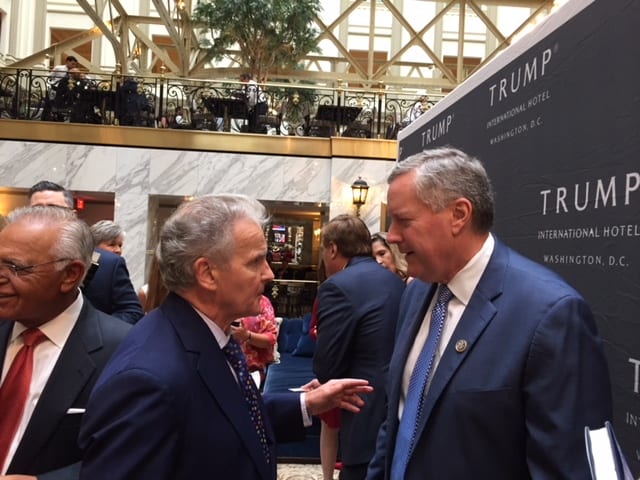 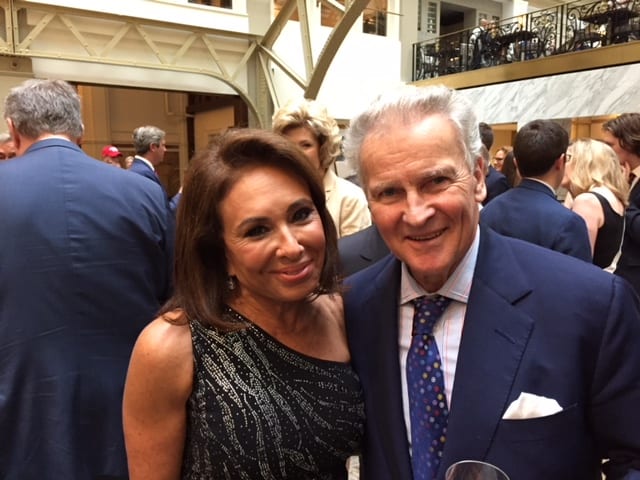 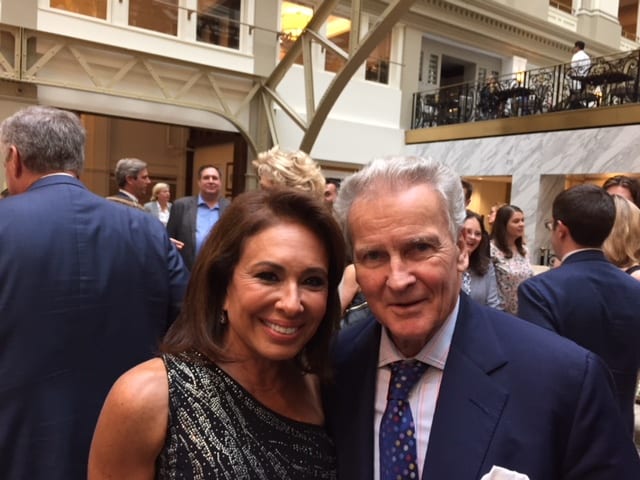 You’ll see Representative Jim Jordan in there and a few other notables. As usual, Mr. Tyrrell is in the thick of it!

After all the controversy, Judge Jeanine’s book debuted at #1 on Amazon. The Judge thanks Whoopi Goldberg and wishes to put that sordid issue to bed: