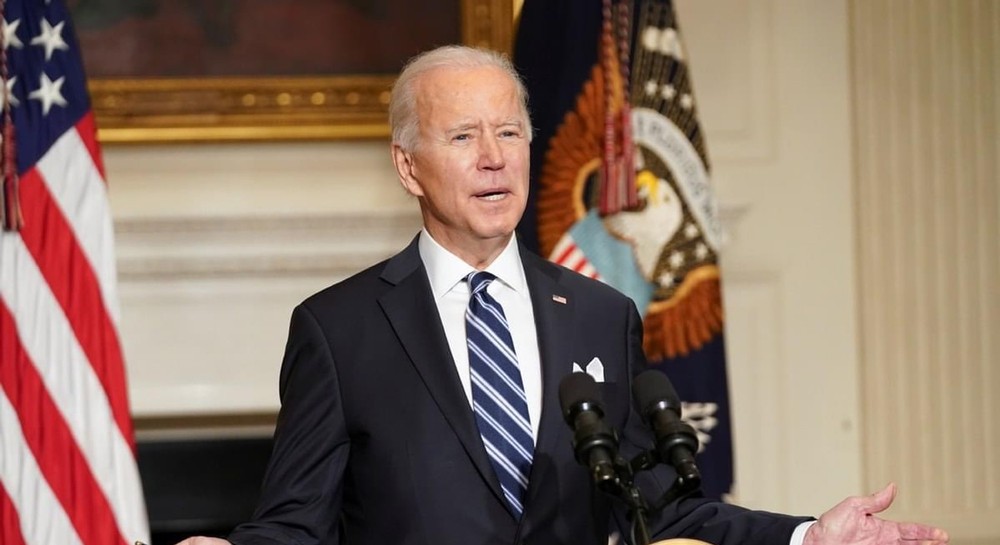 An awkward conflict in Washington reveals both the tectonic shifts remaking American politics and Joe Biden’s Achilles’ heel. Biden has tabbed climate change as one of the “four interrelated existential crises” facing America today and has released a barrage of energy orders aimed at slowing it. Most visibly, he has halted fossil fuel leasing on federal lands and axed the Keystone XL pipeline, immediately sending thousands of workers into unemployment. In so doing, Biden has alienated a core Democratic Party constituency: labor.

Despite these obvious harms, the Biden administration has emphasized that it believes the energy transition it is imposing can be blue collar–friendly. In fact, the administration claims their plan will generate union jobs.

But labor isn’t buying it. And rightfully not. Green jobs pay less. According to the Bureau of Labor Statistics, wind turbine technicians and solar panel installers earn $30,000 to $40,000 less per year than power plant operators. It’s a discrepancy that prompted Terry O’Sullivan, general president of the Laborers’ International Union of North America, to remark, “It’s pie-in-the-sky b***s**t about these green jobs being good middle-class jobs, because they’re not.”

Furthermore, the jobs Biden promises would be primarily in the construction of wind and solar power facilities, which is temporary work. This build-out would also not necessarily overlap geographically with the regions that provide fossil fuel employment. On the coming Biden displacement, Lee Anderson, director of government affairs for the 50,000-member Utility Workers Union of America, protests, “We will not support policies that accelerate the closure of coal plants. The closures are already happening more rapidly than communities can deal with and are leaving economic devastation behind them.”

As it happens, the renewable energy industry isn’t bullish on union labor either. According to Politico, George Hershman, chair of the board for the Solar Energy Industries Association, has said, “We don’t want to burden the smaller contractors doing great residential work in their communities and that are family-owned and employee-owned businesses.”

So much for the vaunted blue–green alliance.

In a country in which the paths to prosperity for people who did not opt to pay for a college degree are vanishing, work in conventional energy production and in adjacent industrial fields remains a viable source of family-sustaining income. The Biden administration’s promises for “good union jobs” and “better choices” in green energy ring hollow.

Climate Neoliberalism and the Labor Left

Joe Biden no longer has a political identity of his own. He was nominated for president not because he best embodied the core of the modern Democratic Party but because the party powers that be recognized — wisely, as it were — that he could still stump in states like Wisconsin and Pennsylvania on the fumes of his former pro-union image. Indeed, on the union vote, Biden significantly outperformed Hillary Clinton’s 2016 performance, beating Donald Trump by 16 points nationally, compared with Clinton’s 8. But that 16-point Biden advantage includes all unions, such as the Democrat-aligned teachers unions, and obscures the shift we’re seeing in the industrial sector. In that segment, often reflective of the zeitgeist, even Joe’s personal appeal can’t overcome policies nakedly at odds with industrial workers.

Much ink has been spilled on the Democratic Party’s loss of the white working-class vote since Clinton’s 2016 defeat, but what the 2020 election indicated is that a multi-ethnic working-class shift is underway.

A Biden spokesman said on the campaign trail that the then-nominee “sees this election as Park Avenue vs. Scranton — a choice between someone who has always stood up for working people and believes this country was built by unions, and Donald Trump, who punishes the middle class with tax cuts that only benefit him and his rich friends.” The American middle class didn’t see it the same way. As it turned out, more American voters with household incomes of $50,000 to $99,999 — the middle class if ever there were one — favored Trump. Scranton Joe’s self-conception doesn’t hold with voters.

These developments are no surprise when one looks to the policies on display in the new administration’s first month. Biden and the Democrats now carry the banner of a movement that is anathema to the labor Left: neoliberalism.

To Americans with the liberty to “work from anywhere” and who are now more supportive of Democrats than Republicans (Biden was plus-4 among voters living in households with an annual income of $100,000 or more), Biden’s climate policies don’t sting too much, but for Americans in the more energy-dependent sectors like agriculture, manufacturing, and the production of energy itself, pain is on the horizon. It will come in the form of lower incomes, lost jobs, and destabilized communities.

To neoliberals, this is all part of a needed economic makeover. Sure, some people will lose out, but they can latch on elsewhere, the thinking goes. What Biden appointees like Janet Yellen and John Kerry can’t understand is that some people like their jobs, they like their work, they like their homes.

A New Conservatism Is on the Rise

The American labor movement and the Democratic Party claim as one of their greatest joint triumphs the building of a prosperous, stable middle class. But their symbiosis has been severed. The Democrats are no longer responsive to the concerns of working families. For some Republicans, this highlights an opportunity for a new form of American conservatism.

Much ink has been spilled on the Democratic Party’s loss of the white working-class vote since Clinton’s 2016 defeat, but what the 2020 election indicated is that a multi-ethnic working-class shift is underway. Some of the thinkier Republicans in Washington — such as Sens. Mitt Romney and Tom Cotton, along with the American Compass project of Oren Cass — have explicitly pivoted in that direction. The 2020 election was fraught with confounding variables (read: COVID), so any sweeping analyses should be viewed hesitantly, but bits of evidence grant plausibility to the new conservatives’ case that the Democratic Party has lost touch with the people it often purports to represent and that a new Republican coalition is within reach. Trump’s support among Black and Hispanic Americans grew in 2020 compared to 2016. Having apportioned much airtime to its prioritization of racial equity, this development must be difficult to square for Team Biden.

Sensing this shift, some leading labor leftists are sounding the alarm. Mindy Isser, a Philadelphia labor political organizer, laments the Democratic Party’s abandonment of voters for whom kitchen-table concerns rank most important. “While Trump’s racism likely provoked many white professionals to vote against him in 2020,” Isser wrote in December, “it did not deter a growing group of people of color — and what’s even more alarming than a whites-only right-wing movement is a multiracial one. To counter the appeal of Trumpism, we need to build a multiracial, working-class labor movement that can arm workers with solidarity and a renewed commitment to struggle for the world we deserve.” This observation chimes with Cass’s argument that the Democratic Party is hung up on the “bugbears of its overeducated elite” to the exclusion of mainstream problems.

In parallel to Biden’s Executive Order burst, the aforementioned Republicans on the Hill have put forward a number of new ideas that are more responsive to America’s post-Trump politics — plans, for example, on supporting families, countering China in the global economy, and protecting workers. Each of these plans represents a departure from the pre-Trump Republican aversion to market interventions.

It’s not clear what the new conservatives’ energy and environment platform will include, but there are some safe bets for what they’ll avoid: subsidies that favor the wealthy, shocks that will kill jobs, and price hikes. The resurgent Romney, has, however, flirted with a carbon tax, hoping to pair it with a lump-sum transfer to mitigate the regressive effects of increasing the cost of energy. Appealing though such transfers may be, it is important that Romney & Co. bear in mind the improbability of such a plan making it through Congress without being carved up for shares of the revenue. A carbon tax, implemented under existing political constraints, is likely to weaken overall economic performance and make the poor worse off.

In line with the breaks with fiscal austerity and trust in the free market on family formation, competition with China, and worker protections, the new conservatives may coalesce around subsidies for carbon capture and sequestration and for carbon-negative technologies like direct-air capture. These policies will acknowledge the growing national awareness of climate change without directly hiking energy prices or inducing mass layoffs in industry. Though insufficient in the minds of Biden’s advisers and too interventionist for libertarian thinking, this approach may appeal to union workers, to others in industrial fields, and to the broad swath of the middle class that the Democrats have exiled.

On Labor Day 2020, Biden spoke directly to American workers, asserting that “the great American middle class was built by unions” and that he would be “the strongest labor president you have ever had.” Now holding the keys to the White House, Biden has shown that belief, however earnestly held, to be false. A political realignment is underway in the United States, and, as climate policy exposes, Joe Biden and the labor movement are no longer on the same side of the divide.