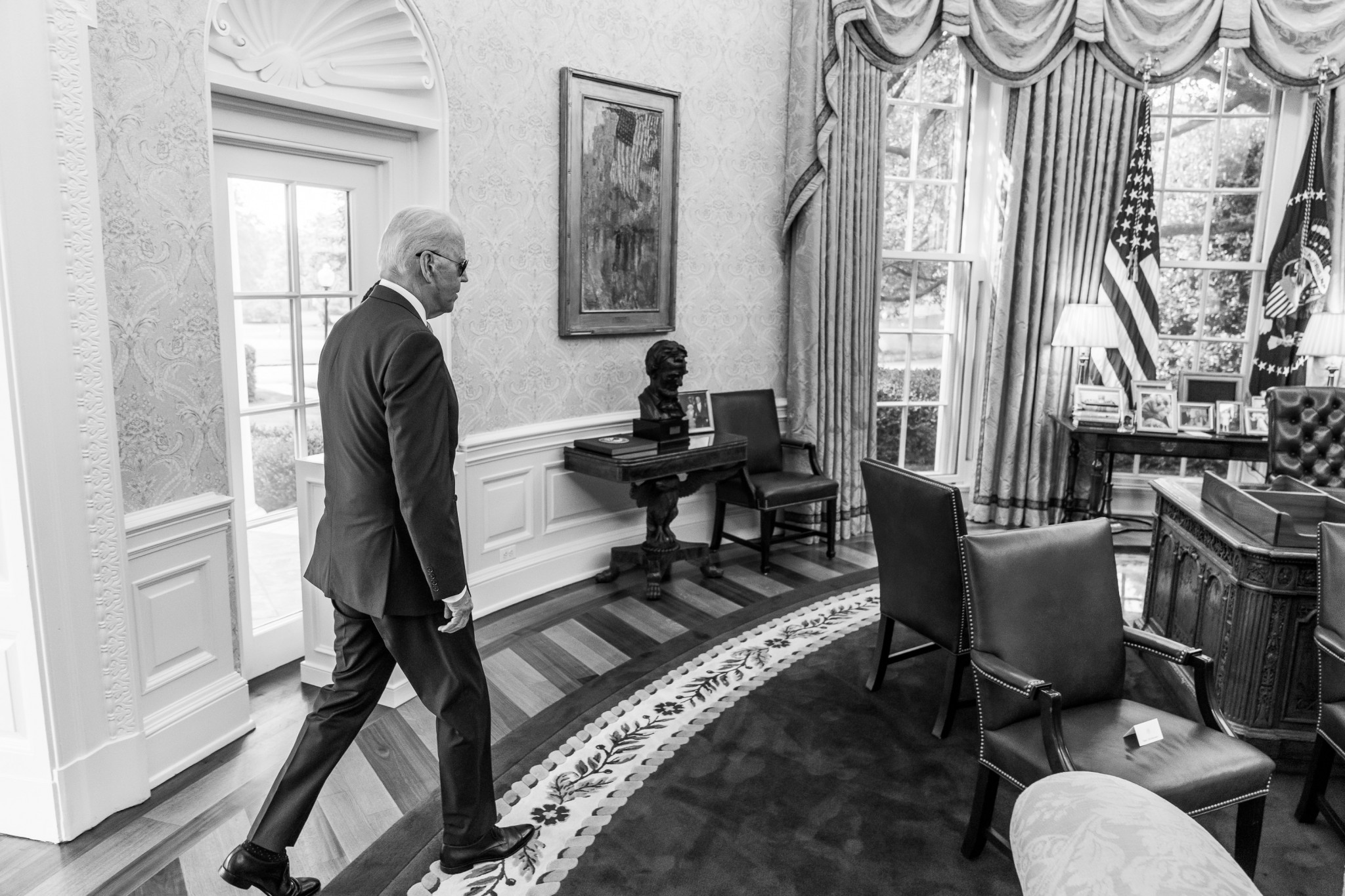 Washington — How could a comic figure from the world of politics such as President Joe Biden suddenly become such a tragic figure on the American scene? One minute he is bringing all civilized observers to laughter by saying to Katie Couric that President Franklin Roosevelt dealt with the 1929 stock market crash by getting “on television” and reassuring his fellow Americans as only FDR could do. (For the woke folks in my audience, Franklin Roosevelt was not president of the United States in 1929 and the television had yet to be popularized. Go ahead, look it up.) So, one minute Joe cracks us up with his nonsensical statement about President Roosevelt and in the next minute he is betraying an entire country, Afghanistan, and leaving its people tyrannized by ragamuffins. What is more, he has lied to his fellow Americans, repeatedly, obdurately, and blatantly.

Joe has been living on a multiplicity of lies for years. His fortune has been composed by lies — how can a 50-year creature living at the public trough become a millionaire? He has lied as a politician from his first day in politics. He has even been caught plagiarizing from John Kennedy, from Bob Kennedy, and, of course, from Neil Kinnock, who was at the time leading the British Labour Party. Joe’s son, Hunter, has also been an active liar for years, a fraudster, a cheat, and now most flagrantly he hopes to get by with his deceits because he has said the Big Guy is watching out for him. The Big Guy is, of course, Papa Joe. Well, we shall see. But Joe, you can lie to the American people, and you can lie to the media. You can even lie to your priest, but you cannot lie to the ragamuffins who just beat you and walked away with enough military equipment to arm a small army. Moreover, you cannot lie to the clock. The clock says you have three and a half years remaining in office. That is three and a half more years to screw things up even bigger than you have screwed things up in the past six months.

President James Buchanan is redeemed! He is no longer the worst president in American history. (Oh, for the woke folk who are still in my audience, James Buchanan is commonly held by historians to be America’s worst president. Even worse than Jimmy Carter.) By the way, if you can find a statue of Buchanan somewhere I will bet it is not decapitated. The woke have disfigured Abraham Lincoln and George Washington, but they will lay off of Buchanan. He was their kind of guy.

Joe became a tragic figure because of his character. In a word, he lacks character. Bill Clinton lacked character too, but he boldly lied about it. When he was questioned about his character deficit beginning in the 1992 campaign, he would whine and complain that he had just endured a low blow. He acted as though by 1992 pols no longer had to suffer from such dirty tricks. Good character was a thing of the past. He beat George H. W. Bush, a war hero. Bill Clinton went on to be reelected and gained in popularity despite his affair with Monica and numerous other members of the fair sex. Character no longer mattered.

Bill Clinton raised such a pathetic stink about the critics attacking his character that many simply gave up questioning it. Thus, he went on his merry way abusing women, lying shamelessly about it, and moving on to his next target. When he left office what did he do? He took to the airways flying around with his pal Ron Burkle on Burkle’s private jet which was playfully called Air F**k One. My sources tell me Bill had some sort of falling out with Burkle. So he picked up with Jeffrey Epstein, the molester of underage girls. I guess we all know how that friendship ended. Ever since Bill has been under the bed in Chappaqua.

Yet Bill set the tone for the modern presidency. Now Joe has shown what a modern president can achieve: disaster in a matter of months. He entered the White House as a buffoon, a widely regarded plagiarist, a master of the gaffe, a man surrounded by mediocrities — and those are his most accomplished appointments. It gets worse after Antony Blinken and Lloyd Austin. My guess is it will get still worse. Who said character did not matter?

R. Emmett Tyrrell, Jr.
Follow Their Stories:
View More
R. Emmett Tyrrell, Jr. is the founder and editor in chief ofThe American Spectator. He is the author of The Death of Liberalism, published by Thomas Nelson Inc. His previous books include the New York Times bestseller Boy Clinton: The Political Biography; The Impeachment of William Jefferson Clinton; The Liberal Crack-Up; The Conservative Crack-Up; Public Nuisances; The Future that Doesn’t Work: Social Democracy’s Failure in Britain; Madame Hillary: The Dark Road to the White House; The Clinton Crack-Up; and After the Hangover: The Conservatives’ Road to Recovery. He makes frequent appearances on national television and is a nationally syndicated columnist, whose articles have appeared in the Wall Street Journal, New York Times, Los Angeles Times, Baltimore Sun, Washington Times, National Review, Harper’s, Commentary, The (London) Spectator, Le Figaro (Paris), and elsewhere. He is also a contributing editor to the New York Sun.
Most Popular
1
Daily Folios and Consecutive Sentences
On Trump, Kanye, Biscuit, Jews, and Dinners
by Dov Fischer