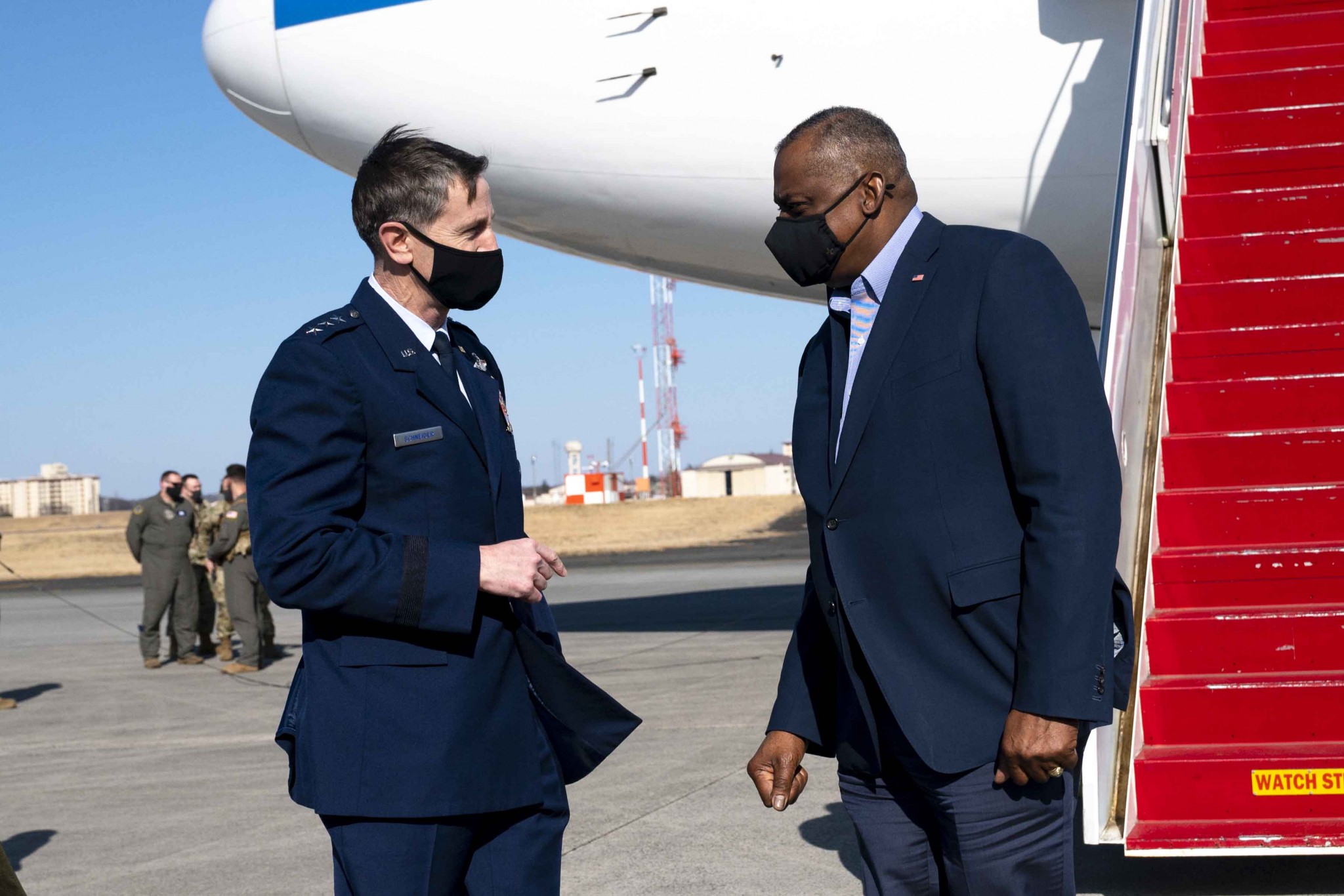 Joe Biden declared the U.S. withdrawal from Afghanistan a success. That is somewhat akin to General Custer saying, “we have the Indians right where we want them.” Biden also said he accepts responsibility for what happened, but then he blamed Trump. As a result, none of the bumbling military incompetents who turned the evacuation into a fiasco will be disciplined. All will likely be allowed to retire at the end of their terms of service with bands, ceremonies, and medals all around. Among our leading four-star generals, there is apparently no sense of shame or honor; nor is there accountability.

The rot starts at the top. Biden has been a political hack all his life, and until his ascent to the presidency, he has never been accountable for anything. From plagiarism at Syracuse University to his incredible string of foreign policy and national defense missteps, he has slimed his way out of every bad call that he has ever made. He has declared himself to have conducted an immaculate evacuation so his subordinates are — by association — guiltless. His enablers at the Washington Post, notably E.J. Dionne and Jennifer Rubin, are trying to paper over his blunders as well as those of his national security team and his generals.

I had hoped that once the last aircraft departed Kabul, one or more of the four-star generals involved in the debacle would have had the sense of honor to accept some degree of responsibility and resign. None did. The only senior officer to call for accountability is Gen. David Berger, the Commandant of the Marine Corps. Berger was not in the chain of command for the fiasco in Kabul, but his Marines assigned to U.S. Central Command suffered most of the casualties.

Lloyd Austin, the Secretary of Defense, is a retired general officer of four-star rank. He is now a political appointee and is acting like one. He and the chairman of the Joint Chiefs of Staff, Gen. Mark Milley, recently gave a disingenuous news briefing in which they echoed Biden in claiming the withdrawal to be an unprecedented success. The commander of U.S. Central Command — unfortunately a U.S. Marine — issued a terse statement that the war was over. He thus washed his hands of the situation. Gen. Austin Scott Miller has not been heard from since July when he cut and ran from the theater of war. The utter lack of a sense of honor from these supposed leaders in taking any sort of responsibility for the greatest military humiliation in five decades is staggering.

Where do we get such men? Careerism is at the root of the problem, and it accelerated with the military reform movement in the 1980s. The Goldwater-Nichols Act and the military education initiatives of former Rep. Ike Skelton put us in exactly the wrong direction. Goldwater-Nichols dictated that every officer who aspired to flag officer rank had to serve a tour on a joint staff. This contributed to bloat on those staffs. It also created a “ticket punching” mentality that encouraged officers to be jacks of all trade, and masters of none.

The Skelton reforms of the military education system stressed pseudo-intellectualism ahead of military competence. Each military command and staff college was required to grant master’s degrees which took away from core military competence. Everyone was encouraged to get the participation trophy of a mediocre academic certificate rather than mastering the nuts and bolts of core warfighting skills. It should be no wonder that three decades later we cannot produce generals capable of planning a competent military evacuation given five months’ notice.

Both “reforms” ultimately failed. They were initially credited with military success in Panama and Operation Desert Storm, but those conflicts were fought against enemies that were hopelessly outclassed and outgunned. Since then, our strategic performance has been mediocre at best and disastrous at worst. Our senior military leaders failed to recognize that there would be an insurgency in Iraq in 2003 until it was too late to short-circuit it. In trying to create an army in their image, American senior leaders rejected a decentralized army in Afghanistan where soldiers would be fighting to defend their homes rather than a corrupt and incompetent regime in Kabul.

Thus, soldiers from Herat were tasked with defending places like Kabul and Mazar al Sharif, while soldiers from Kabul were defending Herat. Having failed to create a locally sustainable decentralized army, senior American military leaders neglected to build a competent air force capable of resupplying remote garrisons inaccessible by road. Military and civilian advisors who were operating in remote regions made such recommendations to the senior American pampered princes in Kabul, but they fell on deaf ears.

To be sure, we have produced some competent senior military leaders. Gens. Davis Petraeus, Jim Mattis, Tony Zinni, and Al Gray were all excellent strategists and thinkers; but they were mavericks who were largely self-taught.

There is nothing to be done about restoring a sense of honor among our senior military leaders in the near-term. Careerism is too deeply embedded. However, something can be done to make our future flag officers more competent at their core military responsibilities. Members of Congress who care about our military should empower a commission to fix the root causes of the rot among our senior military leaders. If culpability is found, Congress has the power to reduce four-star generals to their permanent rank and demand retirement. Then real congressionally forced military reform legislation should be initiated in the following areas:

The notion that every future general officer needs to have joint service before advancing to flag rank is ridiculous. This has only led to bloated joint staffs. There is absolutely no empirical evidence that being a graves registration officer on the Central Command staff in Tampa encourages military genius.

Reduce the Size of the Joint Staffs

Irwin Rommel’s Panzer Army stormed across North Africa with a staff smaller than that of the average U.S. Army Brigade Combat Team today. The staffs of the expeditionary fleets that charged from Tarawa to Okinawa in the Pacific during World War II numbered less than 100. Goldwater-Nichols encourages a process-oriented bureaucracy that stifles initiative and critical thinking. Each Joint Staff today should be slashed at least in half.

The Skelton reforms of Joint Professional Military Education (JPME) civilianized the preparation of future senior military leaders to a point where getting a master’s degree trumped proper preparation for making grueling military decisions under tight time constraints. There is nothing wrong with getting a military master’s degree, but the process should be rigorous with the mediocre weeded out before they can go along and get along to flag rank.

Students of command, staff, and war colleges should be taxed with a set of problems and simulations of increasing rigor under tight time constraints leading up to a point where they are given an impossibly wicked problem such as the one Biden dropped on senior military leaders in April with his imposition of an arbitrary time line for the Afghan withdrawal. Those students who crack under the pressure of time constraints or who cannot come up with a coherent plan should be ruthlessly dropped from the program. The reformers who molded Goldwater-Nichols and the present JPME approach wanted to recreate the “Genius for War’ of the German General Staff system. What they got was the exact opposite.

In the science fiction world of Star Trek, Starfleet Academy has a culminating exercise which has no satisfactory solution. The Kobayashi Maru problem was designed to make the cadets face no-win situations. The future Captain Kirk is the only cadet to ever beat the system, and he does so by cheating — or at least thinking outside the box. We are not creating many Kirks these days. But, despite ourselves, we still manage to promote some competent general officers such as the commander of the 82d Airborne Division. Major Gen. Chris Donahue handled the ground portion of the Kabul evacuation with poise, even though it was a near Kobayashi Maru situation, and he was the last man on the last plane out.

Not All Competent Staff Officers Should Be Commanders

The current military promotion system requires that all future general officers be commanders at some point. Some brilliant staff officers couldn’t lead a horse out of a burning building. A friend of mine was a superb staff officer but was forced into command positions to make the next rank. After failing as a regimental and Marine expeditionary brigade commander, the Marine Corps wisely gave up trying to make a senior commander out of him; however, the commandant of the Marine Corps kept him on because he was a fiscal genius. He retired at three stars and went on as a civilian to put Iraq’s finances in order after we toppled Saddam Hussein.

Some officers prefer staff work, and are good at it; but for them, command is a burden. We should accept this and allow for a two-track system that allows for some to reach three-star rank without being forced to command. Much of the day-to-day business of the military involves logistics, communications, and intelligence work that requires managerial rigor but not tremendous leadership skill.

There is nothing wrong with our soldiers, sailors, Marines, and Air Force personnel. They performed brilliantly under near-impossible conditions in Kabul. However, they need better senior leadership than was shown in Afghanistan.

Gary Anderson is a retired Marine Corps Colonel who served in Lebanon and Somalia and was a civilian advisor in Iraq and Afghanistan. He served as a special advisor to the Deputy Secretary of Defense and lectures on Alternative Analysis at George Washington University’s Elliott School of International Affairs.