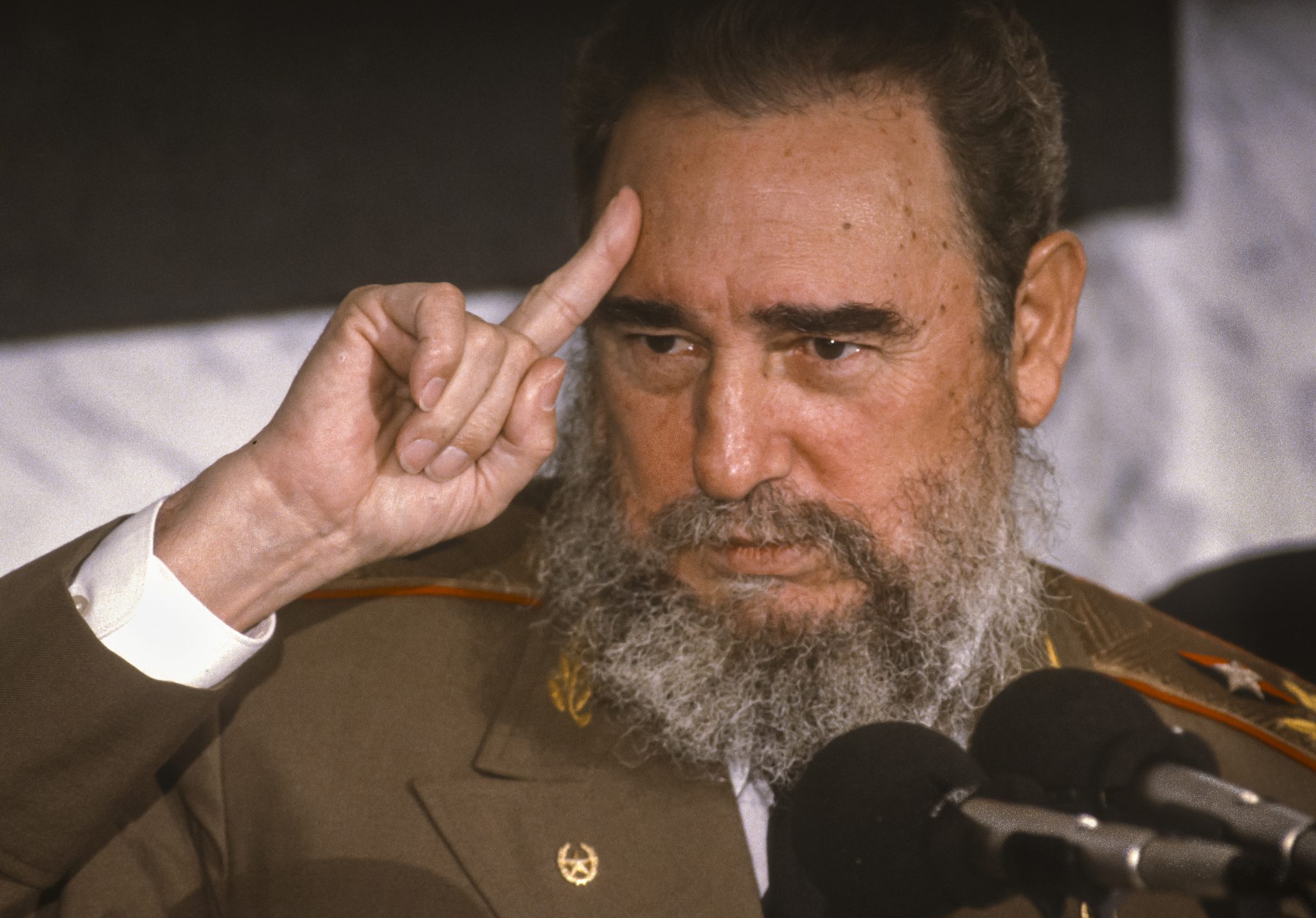 Little noticed in the recent (or rather, current) fighting between Israel and Palestinian Hamas is that the latter has a cheering section not only in the Fifth Congressional District of Minnesota and New York’s 14th but also in Havana.

In the enemy of my enemy is my friend department, this should not surprise. People who hate America find ways of overlooking one another’s shortcomings, at least until the day when they fall out among themselves, which happens invariably with political thugs as well as ordinary thieves.

Contacts, cooperation, and mutual help have remained constant between not only Havana’s diplomats and operatives and those of Hamas (and others) but also between them and the mullahcrats in Tehran.

Palestinian Hamas and the Palestinian Authority, who claim to represent and speak for the Palestinian Arabs in Gaza and the West Bank (aka Judea and Samaria), have long enjoyed the support of Cuba’s communist regime. Many readers of The American Spectator probably do not realize how long a track record the Marxist-Leninists who oppress the Cuban people have entertained and collaborated with the Islamo-fascists who oppress the Palestinian people. This is true also of the mullahcrats who have been oppressing the Persian people since the overthrow of the Shah of Iran and the founding of the Islamic Republic.

As early as 1965, Fidel Castro welcomed the founding of the Palestinian Liberation Organization (PLO) and made contacts with the Palestinian FATAH in Algiers and Damascus. Castro introduced PLO members at the Tri-Continental Conference, held in Havana in January 1966. This conference, a cartel of political gangsters, supported revolutionary and terrorist groups in Europe, the Americas, and Asia.

Ilich Ramírez Sánchez attended the Tricontinental Conference with his father. Following the terrorist gathering, Ilich reportedly spent the summer at Camp Matanzas, a guerrilla warfare school run by Cuba’s general directorate of intelligence. He “went to Jordan in 1970 and fought with PLO guerillas against the Jordanian Army in what became known as the ‘Black September’ operation.” This operation inspired the founding of a new terrorist group “Black September,” responsible for the Munich Massacre, in which 11 Israeli Olympic athletes were murdered. In the 1970s, after a string of terrorist attacks, Ilich became known as Carlos the Jackal. He continued committing murders for Palestinian terrorist groups until the French National Police caught him in Sudan on August 14, 1994. Placed on trial for the murder of two Paris policemen and an informant, Carlos was sentenced to life in prison, where he still is.

Havana maintained diplomatic relations with Israel from 1959 through 1973, even as it fully embraced terrorism against the Jewish nation. This seeming paradox is fully in keeping with international communist “diplomacy” since the Bolsheviks’ founding of the Comintern. The Bolsheviks made one of their first priorities the fomenting of “anti-imperialist” agitation and terror in Islamic lands.

Fidel Castro, notwithstanding the lack of issues between the two countries, broke relations with Israel on the eve of the Yom Kippur War of October 1973. This was required for all Soviet-aligned regimes, as the international communist line defined Israel as a colonial state and an arm of U.S. imperialism. The Soviet bloc viewed Israel as the aggressor in the Yom Kippur War, when the Arab states plus the terror wings they sponsored and promoted, notably but by no means exclusively among the Palestinians, attacked Israel on the holiest day of its year.

During the harrowing early days of fighting, the U.S. signaled to the Soviets that our forces were on red alert and would block any Soviet intervention on the Arab side. Fighting on three fronts and with an American logistical supply line, Israel’s armed forces took their counter-offensive across the Suez Canal and to the gates of Damascus.

During the fighting, Castro sent thousands of Cuban troops to support Egypt and Syria. Cuban combat troops remained in Syria until 1975.

Yasser Arafat, chairman of the PLO, made his first official visit to Cuba in 1974. According to Mansour Tahboub, former acting director of the Arafat Foundation, this was the first of up to eight trips to Cuba.

Throughout the 1970s, Havana’s Intelligence Directorate (DGI) sent its agents to PLO camps in Lebanon to train and assist Palestinian terrorists. According to Tahboub, “The Cubans trained Palestinian cadres.” Between 1976 and 1982, the Central Intelligence Agency estimated that there were 300 Palestinians training in Cuban camps.

Bruno Eduardo Rodríguez Parrilla, a member of the Union of Young Communists in 1978, addressed a gathering at the University of Havana where he stated that “the attitude of the Zionist authorities was similar to Hitler’s hordes” who massacred millions of European Jews during Word War II. The speech was made on May 14, 1978, the 30th anniversary of the founding of Israel. Since 2009, Mr. Rodríguez Parrilla has been Cuba’s foreign minister.

It is worth recalling in this regard that Cuba once had a vibrant, substantial Jewish community of 15,000, including 20th-century refugees from Hitler’s Germany. Over 90 percent have been driven into exile by the Castro regime’s anti-Zionism and its use of Holocaust-denial propaganda.

Arafat, Castro, and Syria’s Hafez al-Assad condemned Egypt’s signing of the 1978 Camp David Accords with Israel at the sixth Non-Aligned Summit in Havana in September 1979.

The demise of the Soviet Union did not put an end to the “unholy alliance” between self-proclaimed socialist, anti-imperialist regimes, and anti-Zionist Islamic regimes and their terrorist wards.

Contacts, cooperation, and mutual help have remained constant between not only Havana’s diplomats and operatives and those of Hamas (and others) but also between them and the mullahcrats in Tehran.

Thus it was no surprise to find Cuba’s party media and its international officials accusing Israel of aggression when it responded to Hamas’s rain of rockets a few weeks ago.

This should be of concern to our foreign policy makers. President Obama tried to turn the page on a decades-long record of Castro-regime support for America’s enemies. The restoration of diplomatic relations between Washington and Havana was underway when the election of 2016 got in the way.

With Obama-era officials occupying high positions in the executive branch and anti-Israel supporters of Palestinian Hamas and like-minded organizations sitting in the House and the Senate, members of the Marxist–Islamic alliance evidently are testing the waters to see how far and how openly they can play their anti-Israel and anti-American cards.

Judging from the way the official Cuban media denounced Israel’s defensive measures without mentioning the barrage of fire they sent over Israel, it would appear they expect to play them without shame — especially when elected public officials in the Congress and Senate show them how.

John Suarez is the Executive Director of the Center for a Free Cuba. He has testified before the Inter-American Commission on Human Rights in Washington, D.C., the United Nations Human Rights Council in Geneva, and before the U.S. Congress. Since 2009 he has maintained the blog “Notes from the Cuban Exile Quarter.”