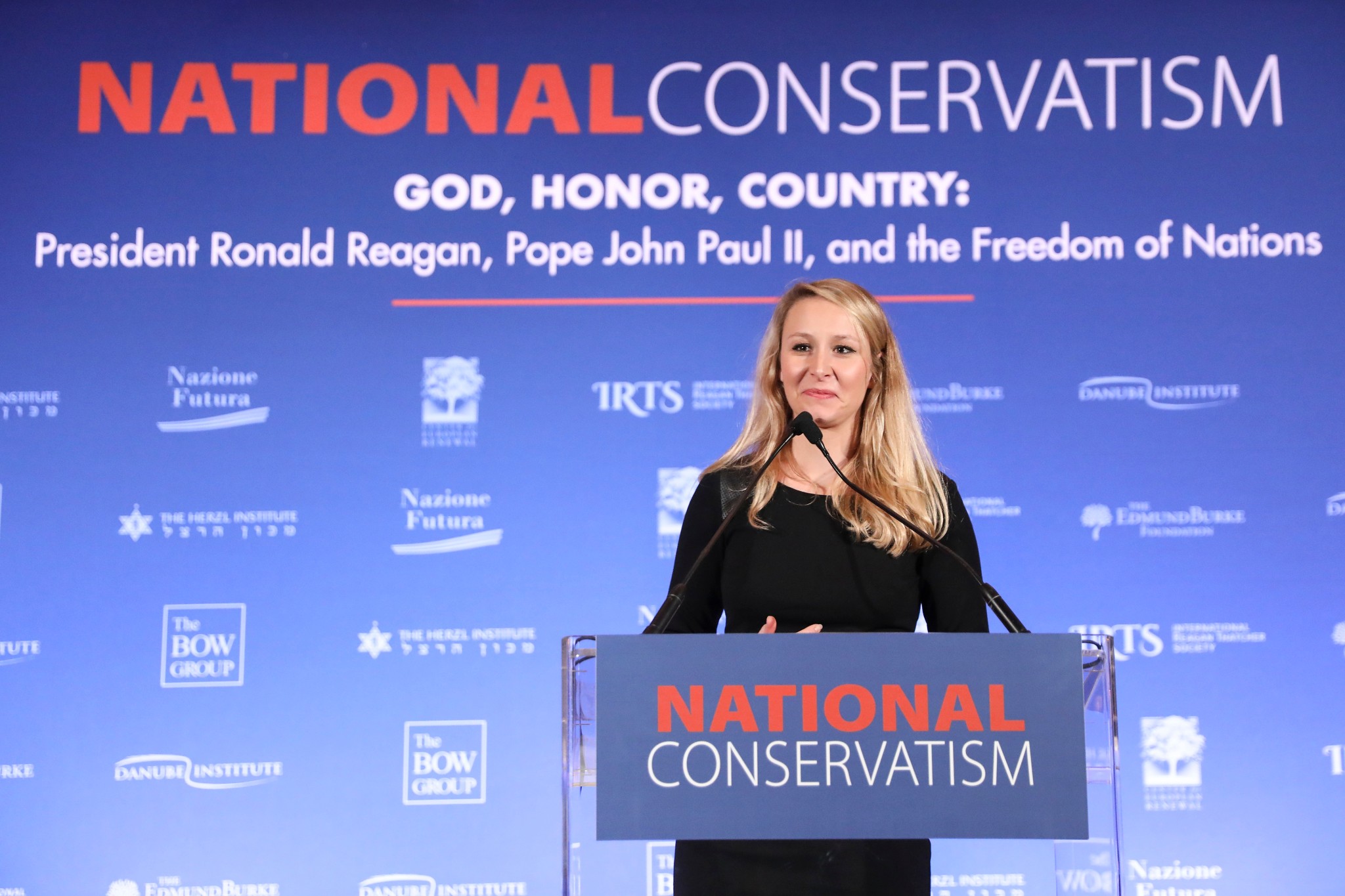 Lewis argues that American politics today is a contest between progressive Democrat policies that “promote change toward greater justice — while the Republican Party’s [policies] are ‘conservative’ — meaning they try to slow or arrest this progressive change. As William F. Buckley Jr. put it, a conservative is someone who ‘stands athwart history, yelling Stop.’”

There are “two big problems with this political mythology,” he says. “First, it’s false. Each party stands for a bunch of unrelated policies that are connected only by happenstance, not philosophy.” The political parties have simply “invented grand ideological narratives about ‘progress’ and ‘conservation’ to give the illusion of coherence to policies that are incoherent.”

Second, it “was progressive change that abolished slavery, gave women the right to vote, and achieved civil rights for racial minorities, so conservatives are stuck with the impossible task of arguing that these changes were somehow bad,” an argument that will only appeal to “actual bigots” and backward voters. Lewis’ solution is to “replace the morally flawed conservative narrative with a more principled, positive one that can attract educated voters.”

Lewis is correct that conservatism can and often is defined roughly as simple opposition. Indeed, Modern Age editor Daniel McCarthy treats it this way in his own fundamental critique of modern conservatism:

Conservatism is a reassurance, a view that sees the world as complete, the nature of beauty captured already in the greatest works of the past, once and for all, just as there is no improving on, say, the U.S. Constitution. When you believe you have the perfect truth, there’s no need to search for more. Yet mankind keeps searching — and those who lead the search, lead the culture.

Thus, McCarthy agrees that this way of thinking probably is a dead end.

Republicans and conservatives, however, are not the same thing. The former is a political institution for winning elections, which to a great degree certainly is “happenstance,” as Lewis says. But Buckley conservatism was both a political and moral movement that has always had a connected principled narrative, although admittedly one more philosophical than political.

Conservatism’s principal politician, President Ronald Reagan, specifically defined his philosophy as “a vigorous new synthesis of traditional and libertarian thought” based upon a “robust individualism” limited by a “respect for law” and an “appreciation for tradition.” Whatever else, that does not seem to be a “morally flawed” narrative. What is not to like about policy as an enduring tension between the values of freedom and virtue? Admittedly, this philosophy goes by the apolitical title of “fusionist conservatism,” a title invented by an opponent, just as Karl Marx invented the term “capitalism” to describe the doctrine he opposed.

Even the intellectual most identified as fusionism’s founder, Frank S. Meyer, was unhappy with the term, as was M. Stanton Evans, the very influential head of the then-largest conservative activist organization. The problem for both was that the term implied a final Marxian, pseudo-scientific resolution of fusionism’s two fundamental principles of freedom and tradition into something final, rather than the two terms being in an enduring synthesis. The fusionist synthesis never finally resolves but remains always in tension. But with this odd title, the passage of time, and changing beliefs, this conservatism has come under fire today as “Zombie Reaganism,” especially by a new opposition on the right often going by the name “National Conservatism.”

Concerned by the “manifest illiberalism” of the NatCon attack and the problems with the term “fusionism,” President of the John William Pope Foundation John Hood asks:

If not fusionism, then what is the best name for a 21st-century movement that champions limited government, market economics, free trade, the rule of law, and the critical social institutions of family, faith, community, and enterprise that sustain a free and virtuous society? There is no shortage of possibilities. As has been long understood, what sets American conservatism apart from that of other lands is what we seek to conserve.

Hood’s answer to what fusionists most uniquely want to conserve is what both Meyer and Evans placed in the titles of their most important books — the term “freedom.” So, he labels fusionist conservatism as “freedom conservatism.” But he adds “that most emphatically” does “not mean that freedom is all that matters.” He said, “We believe virtue to be far too important, and its inculcation too crucial to individual flourishing and communal survival, to be left in the hands of government.” FreeCons, Hood continued, “venerate this American tradition and aspire to restore and build on it.”

Heritage Foundation scholar Richard Reinsch likewise finds “fusionism” a clumsy term and Hood’s formulation appealing as a means to combat the too-easy dismissal of freedom by National Conservatism. Like Hood, he supports fusionism’s tradition and its synthesis of freedom and virtue but also credits NatCon’s Yoram Hazony for strongly defending tradition, family, religion, and nation. “His biblical traditionalism is not enough,” Reinsch writes, since it includes a “fundamentally illiberal doctrine” that must “be defeated by a conservatism able to use reason and biblical anthropology” without derogating freedom. The Declaration of Independence relies upon “both the God of the philosophers and the God of the Bible,” Reinsch says.

Freedom Conservatism is a very reasonable and descriptive title for a philosophy and movement so based on liberty. But the basic reality is that neither Meyer nor Evans could escape the term “fusionism” any more than were the followers of Adam Smith able to untangle themselves from the term “capitalism.” Traditionalist conservatives who also highly value freedom might find a single modifier too libertarian. Libertarians may once again find the single modifier an artifice obscuring its traditionalist roots. We shall see.

On the other hand, poor old fusionist conservatism actually has had some success over time in being understood as THE actual “conservatism” without any modifier. Reagan Zombie criticism actually is aimed not at his general conservatism but precisely at the fusionist attributions of Reagan’s conservatism, that is, his emphasis on both freedom and moral traditionalism. In the public promotion of his recent book, Conservatism: A Rediscovery, Hazony even specifically targeted fusionism by name.

This leads us back to Professor Lewis. Is “conservative” really such a bad label around which the American Right should rally? Whatever its limitations, no one seems able to escape it, even if only with modifiers. In fact, Meyer himself answered the professor’s question about what conservatism is seeking to conserve. It is Western Civilization — especially its unique cultural characteristic of freedom, but equally its moral traditionalism — and the still enduring tension between the two.

Donald Devine is senior scholar at the Fund for American Studies. He is the author of The Enduring Tension: Capitalism and the Moral Order, from Encounter Books, America’s Way Back: Reclaiming Freedom, Tradition, and Constitution, and Political Management of the Bureaucracy. He served as President Reagan’s director of the U.S. Office of Personnel Management during his first term and can be followed on Twitter @donalddevineco1.