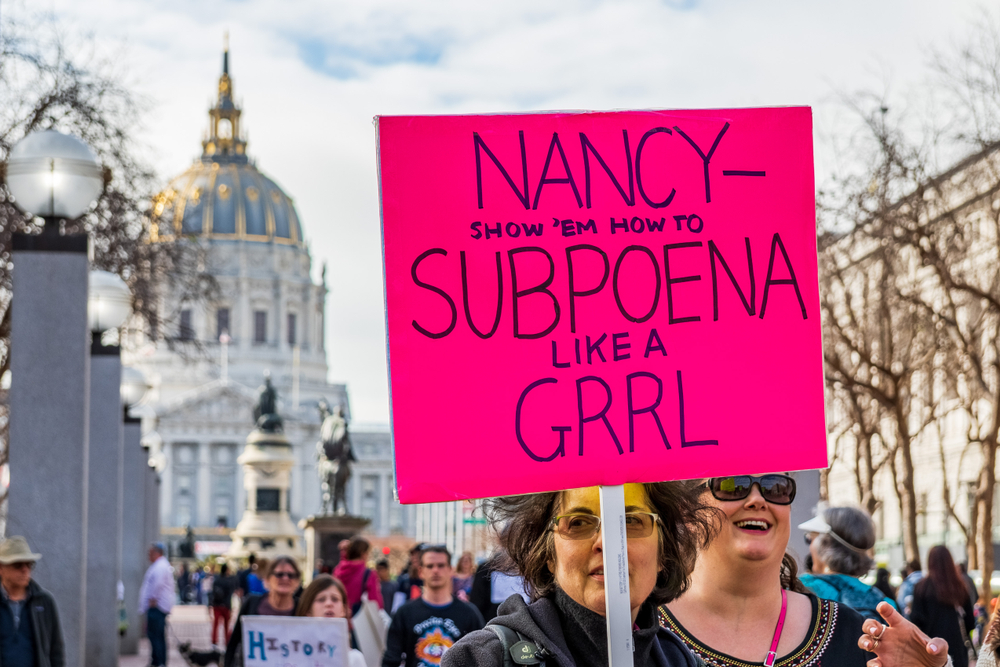 The conduct of the Democrats during the first Trump impeachment trial was truly cringe-worthy. Knowing that he would never be removed from office, they produced a piece of embarrassingly bad theater for the benefit of their far-left base. The second Trump impeachment trial, due to begin Tuesday, promises to be even more schmaltzy. Because their claim that Trump is guilty of inciting insurrection is so thoroughly refuted by the video and transcript of his January 6 speech, the Democratic House managers will be forced to rely heavily on a montage of misleading videos edited for the convenience of the broadcast and cable networks. It will be a made-for-television impeachment trial written to manipulate the emotions of the public.

This has been part of the Democratic strategy since well before the House impeachment managers delivered their article of impeachment to the Senate on January 25. Four days prior to that carefully stage-managed event, Greg Sargent of the Washington Post reported, “Democrats gearing up for Donald Trump’s impeachment trial are planning a presentation that relies on a lot of video of the assault on the Capitol, a Democratic aide familiar with the planning tells me. The goal is to dramatize the former president’s incitement role.” To create that illusion, however, they will need to edit the video of Trump’s speech so he isn’t shown telling his supporters to comport themselves “peacefully and patriotically.”

That passage of Trump’s January 6 speech is already well known to the senators for whom the presentation was ostensibly prepared. But the true audience for the sensationalist video production is the public, and there can be little doubt that the corporate media will make sure that it is broadcast 24/7 all week. The sheer weakness of the Democratic case necessitates stoking public emotion involving the Capitol riot. Indeed, in a further effort to turn the impeachment trial into a reality TV show, lead impeachment manager Rep. Jamie Raskin (D-Md.) sent Trump a threatening letter insisting that he dignify the Senate trial by testifying in person. The money quotes from this missive read as follows:

[T]he United States House of Representatives has approved an article of impeachment against you for incitement of insurrection.… I write to invite you to provide testimony under oath, either before or during the Senate impeachment trial, concerning your conduct on January 6, 2021.… If you decline this invitation, we reserve any and all rights, including the right to establish at trial that your refusal to testify supports a strong adverse inference.

Trump’s attorneys, David Schoen and Bruce Castor, responded with a terse “forget about it”:

We are in receipt of your latest public relations stunt. As you certainly know, there is no such thing as negative inference in this unconstitutional proceeding. Your letter only confirms what is known to everyone: you cannot prove your allegations against the 45th President of the United States, who is now a private citizen. The use of our Constitution to bring a purported impeachment proceeding is much too serious to try to play these games.

The most revealing feature of Rep. Raskin’s letter is his claim that a “refusal to testify supports a strong adverse inference” regarding Trump’s actions on January 6. This threat confirms that, in addition to pursuing a Senate trial considered unconstitutional by many legal scholars, the Democrats will continue to deny Trump due process. Fortunately, the House impeachment managers don’t have subpoena power to compel the former president to appear at a Senate trial. Moreover, it would be a blunder. As Sen. Lindsey Graham (R-S.C.) put it on Fox News Primetime, “If the House managers want to use this as a political commercial against Trump and Republicans, and they want to call witnesses… get ready for a long trial.”

The Democrats would be wise to heed Graham’s warning not to call witnesses in the Senate. This would permit the Republicans to call their own witnesses, who will easily annihilate the claim that Trump incited the January 6 mayhem. Sen. Graham goes on to outline what that would look like: “If you open up that can of worms, we’ll want the FBI to come in and tell us about how people actually pre-planned these attacks and what happened with the security footprint at the Capitol.” Trump’s words could not have provided the impetus for the “insurrection” if the assault was planned before he delivered his speech. The Democrat impeachment managers will be better off steering away from witnesses.

Not that their made-for-TV impeachment trial is without serious pitfalls. Trump’s legal team plans to augment its basic argument — that the Senate trial is unconstitutional and Trump’s January 6 speech didn’t constitute incitement — with a video montage of its own. Trump attorney Bruce Castor told Fox News’ Laura Ingraham that he will counter the parade of horribles prepared by the House managers with a montage of videos showing Democrats routinely encouraging mob violence and using far more incendiary language than anything Trump said on January 6. As Mark Thiessen recently pointed out in the Washington Post, “Democrats were for occupying capitols before they were against it”:

Most conservatives have condemned the right-wing mob that assaulted the U.S. Capitol. But 10 years ago, Democrats embraced the left-wing mob that occupied the state Capitol in Madison. House Speaker Nancy Pelosi (D-Calif.) praised the occupiers for an “impressive show of democracy in action” and tweeted as they assaulted the Capitol that she continued “to stand in solidarity” with the union activists.

Discussing this double standard, and Democratic enthusiasm for sensational videos, attorney Castor told Ingraham, “I’ve been looking at a lot of video over the past couple of days. You better be careful what you wish for.” He will likely show Democrats such as Rep. Maxine Waters (D-Calif.), Sen. Cory Booker (D-N.J.), and Rep. Ayanna Pressley (D-Mass.) encouraging violence. In the end, however, only one video matters — the video of Trump’s January 6 speech. It clearly shows that he didn’t incite insurrection or commit any other high crime or misdemeanor. Citizen Trump will emerge from the latest made-for-television impeachment trial with another acquittal and his right to hold public office untrammeled.