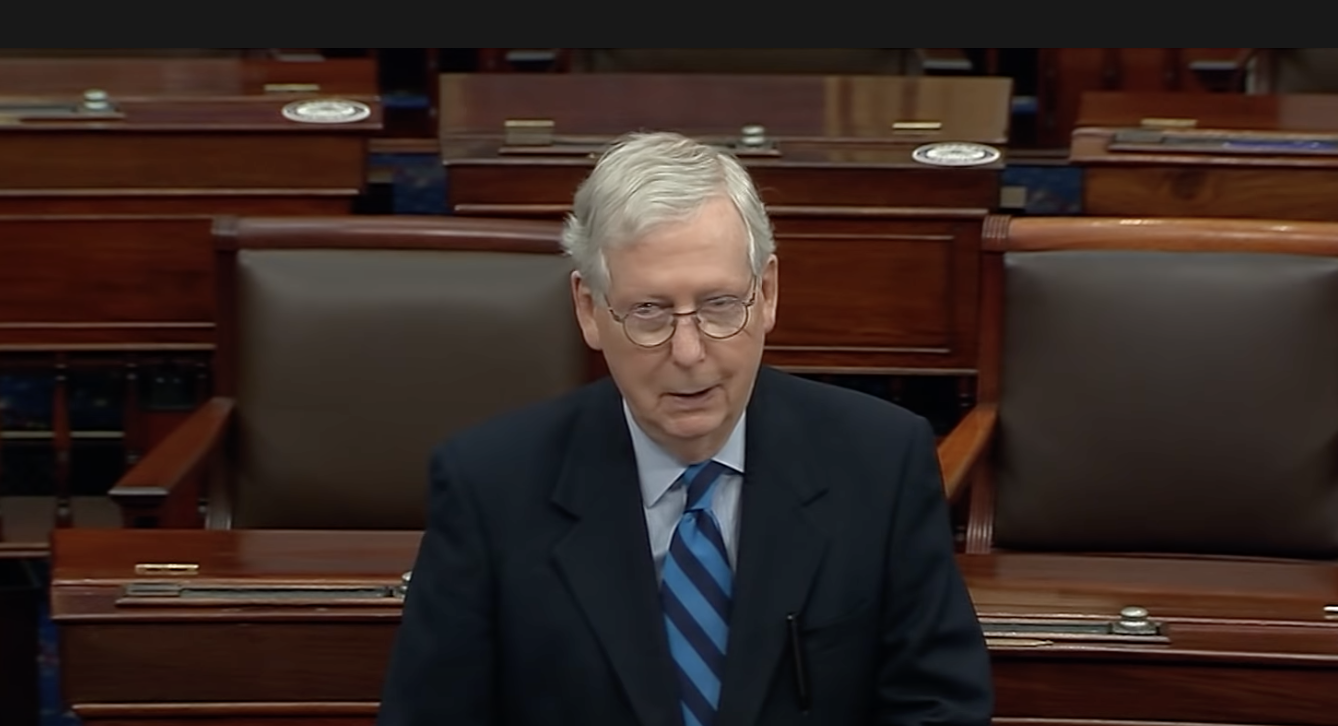 These five things aren’t as quick as I’d like them to be, but there’s just too much going on and I’m going to give it to you good and hard, dammit.

FEBRUARY: Well, of course we stole the election. But it was for your own good. Can’t you see that?

The bottom line on this? They hate you. They really, really hate you. They don’t even want to live in the same country with you unless they can be safely segregated from you. That’s why they send goons to harass you in restaurants, force you to wear a mask and imprison yourself at home, rob you of your livelihood if you refuse to spout their pieties and demand that you submit to their propaganda even while watching the Super Bowl.

But you knew all this. You’ve recognized the gaslighting for years. That TIME piece was the least surprising thing imaginable. Still, the arrogance: we didn’t steal the election; we “fortified” it.

The New York Times sure surprised itself this week, didn’t it?

Emboldened by these comments, prominent intellectuals have banded together against what they regard as contamination by the out-of-control woke leftism of American campuses and its attendant cancel culture.

The Times is quite taken aback by the ungrateful French and their resistance to our toxic academic woke culture. Which is hilarious, seeing as though a lot of the foundations of the abysmal, horrid thinking underlying wokeism comes from bad French philosophy — Rousseau and Derrida being two prime examples. Not to mention most of what’s happening in this post-republic looks an awful lot like the French Revolution Redux.

Still, when French socialists are giving a hearty “Mais, non” to the garbage American socialists in our universities are foisting on us, it’s notable.

A maxim to remember is the Left utterly destroys everything it touches. Not long ago American universities were the absolute envy of the world. Now the world is retching from the smell. Perhaps it’s time to take out the trash.

Lee Smith’s Tablet piece reads like the book it deserves to be. And you should read every word. A sample:

And because it was true that China was the source of the China Class’ power, the novel coronavirus coming out of Wuhan became the platform for its coup de grace. So Americans became prey to an anti-democratic elite that used the coronavirus to demoralize them; lay waste to small businesses; leave them vulnerable to rioters who are free to steal, burn, and kill; keep their children from school and the dying from the last embrace of their loved ones; and desecrate American history, culture, and society; and defame the country as systemically racist in order to furnish the predicate for why ordinary Americans in fact deserved the hell that the elite’s private and public sector proxies had already prepared for them.

Why note this? Because Joe Biden — or is it Zhou Bai Den? — is absolutely the puppet of Winnie the Beijing Pooh, and it can’t be argued otherwise.

After all, Dirty Joe just nominated a guy to head the CIA who comes from the Carnegie Endowment for International Peace, where he happily added to its board a Chinese Communist Party apparatchik and essentially turned the organization into a center of ChiCom influence in Washington.

He also just reversed one of the smarter things President Trump did, which was to crack down on the treasonous higher-education practice of universities allowing themselves to get bought up by the ChiComs through these insidious Confucius Institutes they’d set up across the country.

Does it bother you that Beijing has more influence over American public policy, culture, education, and finance than Denver, Chicago, Charlotte, Phoenix, Dallas, and Orlando do put together? If not, when are you going to wake up?

Oh — and we are absolutely supplicating ourselves to Iran, too.

4. Small Business Is Dying and Knows It

It’s depressing to think about how much destruction has been visited upon Main Street in the last 20 years because of the rapacity of Big Tech, the China sellout in our public policy that Smith so eloquently describes, and the increasing violence and lawlessness in the cities so many of our small businesses call home.

Which means it’s not surprising that American small business is in a state of depression. Economic and otherwise.

The NFIB Small Business Optimism Index declined in January to 95.0, down 0.9 from December and three points below the 47-year average of 98. Owners expecting better business conditions over the next six months declined seven points to a net negative 23 percent, the lowest level since November 2013. The net percent of owners expecting better business conditions has fallen 55 points over the past four months.

“As Congress debates another stimulus package, small employers welcome any additional relief that will provide a powerful fiscal boost as their expectations for the future are uncertain,” said NFIB Chief Economist Bill Dunkelberg. “The COVID-19 pandemic continues to dictate how small businesses operate and owners are worried about future business conditions and sales.”

Among the bad news:

None of this is surprising. You can’t abuse small business the way we’ve allowed corporate America to do, then compound that with COVID-19 shutdowns for the past year, and not have small business owners around the country not throw up their hands and decide it’s a waste of time to keep going.

After a year of COVID you have precisely 8 percent of small business owners saying they look favorably on expansion. Good public servants would look at that and conclude small business has to become the most urgent national priority possible. But nobody thinks that’s going to happen.

If a lot of these small businesses decide to vanish and their owners strike up a hustle in the cash economy, who could blame them?

Put it this way: Peach Mints aren’t like Snickers. They don’t satisfy.

Unless you’re Mitch McConnell, that is.

McConnell loves the stupid circus his counterpart Chuck Schumer deposited on the Senate floor this week, you know. And not just because McConnell is a backstabbing Never Trumping swamp rat, though he’ll stand guilty as charged on those counts depending on the scale you’re grading on.

No, McConnell loves Peach Mints for a very simple reason: Mitch McConnell wants to be Senate Majority Leader again, and all he needs is one seat to do it with, and the worse the Democrats perform with their 50-50-plus-Vice-President-Heels-Up-Harris majority, the easier it gets to grab that elusive one seat.

Does McConnell want to see Citizen Trump suffer some? Sure. It’s fair to say that McConnell isn’t the current majority leader thanks to Trump’s mismanagement of the Georgia elections. Between Trump and Lin Wood suppressing the Republican vote in Georgia (look, you can be a big Trump fan and still recognize his messaging was an abject mess in advance of Jan. 5), and whatever nefarious things the Powers That Be let Stacey Abrams and the gang do down there, McConnell could easily lay claim to victim status coming out of the 2020 cycle. And he wasn’t a particular fan of 45 in the first place.

But that isn’t it, or at least it isn’t all of it.

Just remember, when your head begins steaming and threatens to blow off watching the Peach Mint Insurrection play out on cable news with Republicans playing the part of the Washington Generals while Jamie Raskin imitates Curly Neal when he’s not crying like a girl, the best strategic play here from the standpoint of saving the American people from the worst of this all-Democrat tyranny that has set in over Washington, D.C., is an Ali-style rope-a-dope.

Fuel this impeachment. Keep it going. Let it drag out as long as it possibly can. Encourage it. Make noises like it might even succeed (no, it won’t; but Democrats are nothing if not insanely optimistic about their chances of achieving the impossible). And then slam the door in their faces at the very end.

Why? Because when they’re up there gorging on Peach Mints, they’re not doing the really destructive things. Like passing a $15 minimum wage, for example. Or something worse, like a Green New Deal. Or more crushing anti-oil and gas policies. Or whatever.

Trump’s a big boy, and even with lousy lawyers working the chamber he’s only going to get stronger the more this kangaroo court cavalcade continues. If this takes six months, that’s better than five. Besides, look how many of these Democrats are near terminal — they’re really the Over the Hill Gang if it ever existed. Who’s to say one of them doesn’t croak, or at least get sick enough they’ll have to resign, and McConnell suddenly takes over as the majority leader again?

McConnell might be a snake, but he’s not an idiot. He gets this completely. Remember that when you see him smiling at the Peach Mint show trial.