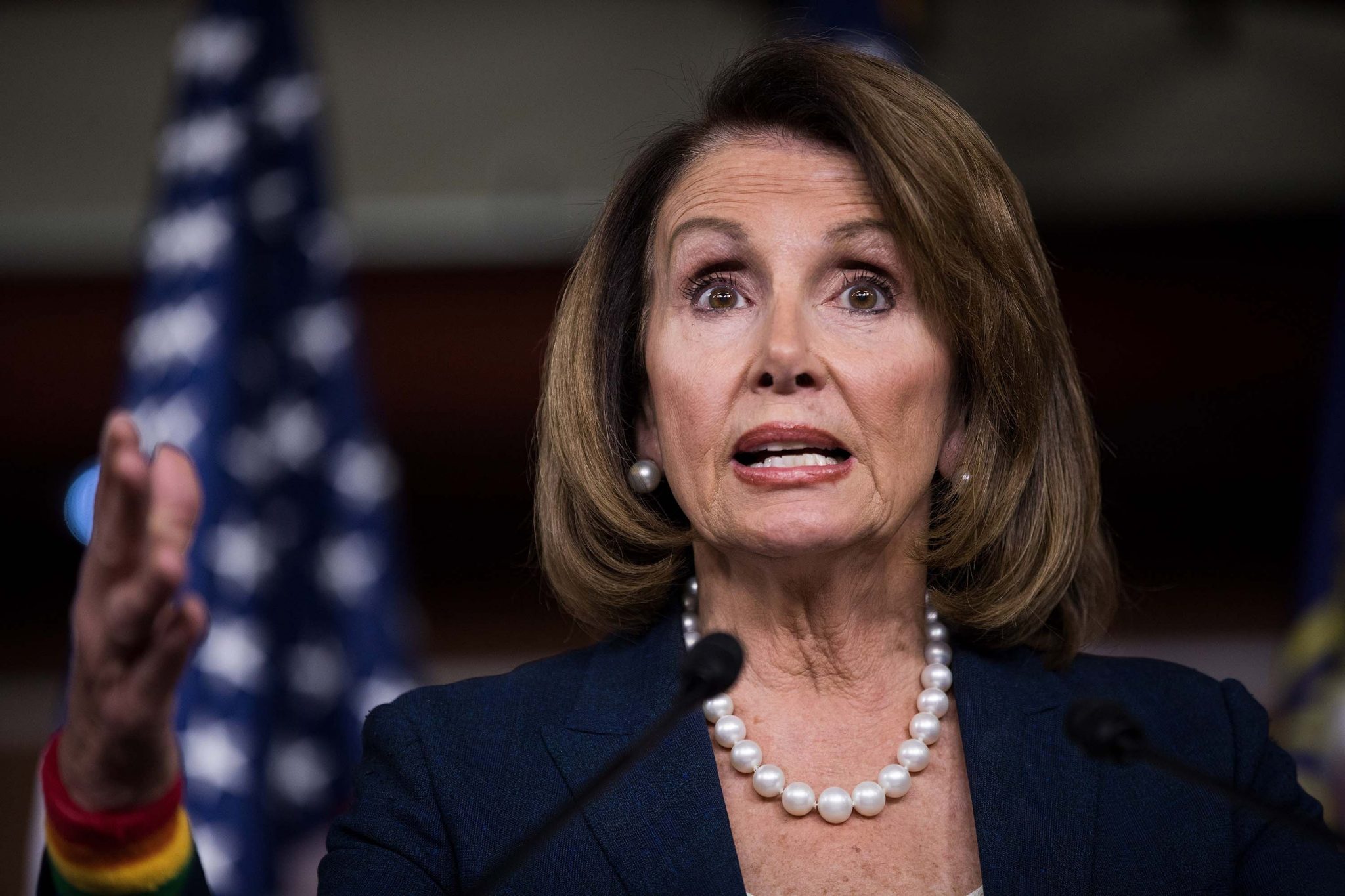 At some point in the next couple days, it’s a decent bet the abject morons and calculating swamp rats populating the House of Representatives, publicly shaken to their cores by the fact that a rabble of unwashed Americans could have burst into their place of business and roughed the joint up a little, will attempt to impeach and remove a lame-duck president less than 10 days from his final ride on Marine One for the high crime of giving a speech at a political rally.

This is not to make light of the deaths of two Capitol Police officers, one who was injured as he fought with some of the more kinetic-minded of the rioters and succumbed to injuries he sustained some hours later, and another who committed suicide shortly after the fracas on January 6, ostensibly as an effect of the events therein. Nor is it to make light of the death of one of the rioters, a woman named Ashli Babbit, who was shot in the neck by a policeman inside the Capitol as she attempted to climb through a broken window and enter a corridor leading to the Senate chamber.

It was undoubtedly a riot, and there was unmistakably violence. Inarguably, it was a bad moment for America.

But the reaction to the debacle of January 6, which this space has opined was in function, if not in design, a trap that President Trump and his supporters fell into, has — like virtually everything else taking place in American politics over the past year or two — poured kerosene on the fire of suspicion that nothing is as it seems.

Evidence indicates the Democrats’ leadership is a class of goons less capable or interested in responsible governance than they are in stupid political games. Those games never end. It’s very difficult not to perceive everything they do, including this, as furthering them.

Nancy Pelosi spent last year cheering on rioters who were a whole lot more destructive and threatening to good public order than the “mostly peaceful” crowd descending on the Capitol last Wednesday. “People will do what they do,” she said in response to mobs vandalizing and destroying public art over the summer. She fired off an angry letter to Trump complaining about “militarization” of security forces arrayed against rioters in Washington, getting especially incensed that some of those law enforcement officials deployed to stop Antifa from doing things like, for example, torching churches near the White House, were from “unidentified” agencies of the executive branch.

And her riot-friendly rhetoric goes back a ways. “I just don’t even know why there aren’t uprisings all over the country, and maybe there will be when people realize that this is a policy that they defend,” she said in 2018 when the legacy corporate media ginned up the Fake News story about Trump putting illegal alien kids in cages.

By the fall, when a YouTuber and homeless advocate tested Pelosi’s support for societal breakdown by delivering a smelly bit of biomass to her driveway, she had finally recovered her sense of law and order and finally, at long last, denounced political violence.

And now she’s not only appalled at rioting, she’s going to get her revenge.

As Pelosi’s Silicon Valley pals were busy purging conservative speech from the internet, she was busy purging the Capitol Police upper management. She launched an unhinged and ridiculous rant playing the race card against the rioters, declaring that “It has been an epiphany for the world to see that there are people in our country led by this president, for the moment, who have chosen their whiteness over democracy,” whatever the hell that’s supposed to mean.

And then she launched her second impeachment of the president, accusing Trump of inciting the riot.

A couple of things are true and undeniable about this, and in any functional republic — thanks in large part to Nancy Pelosi this is only arguably one of those at this point — either would put paid to the notion that in any legal sense Trump is guilty of inciting the riot at the Capitol last Wednesday.

First is that Donald Trump said nothing whatsoever to the crowd of people gathered on the other end of Pennsylvania Avenue that could be reasonably interpreted as directing the crowd to storm the Capitol. Here’s what he said on the subject:

And a little later in the speech he said,

Even the leftist propaganda “fact-checking” site Snopes couldn’t bring itself to fully support the crackpot interpretation of the above comments as an incitement to violence.

Trump repeated his contention that the 2020 election was stolen, which has a lot more concrete factual basis than the Democrats’ contention that across the country white police officers are seeking out black men to assassinate on city streets. The latter incitement resulted in billions of dollars in property damage to innocent American business owners and also resulted in a real-live insurrection in downtown Seattle (and in other places), in which a group of Antifa troglodytes declared themselves autonomous from the U.S. government and that of the city and state.

When word came back down the street that the situation at the Capitol turned violent, Trump called for peace. He didn’t style it as a “summer of love,” like Seattle’s touched-by-the-angels mayor Jenny Durkan did when her ideological pals torched her city for weeks on end.

The second problem is that people had already broken into the Capitol before Trump had finished his speech a 45-minute walk away. Pipe bombs found at RNC and DNC headquarters were laid before he had even begun speaking. That isn’t a timeline fitting the fake-news narrative that the rioters were a bunch of drones and Trumper minions marching in lockstep to his spoken word.

Last week this space said Trump didn’t do himself any favors telling the crowd to demonstrate at the Capitol — because they were already there. They didn’t need him to tell them anything, because they’re Americans with their own opinions and they’re exceptionally pissed off at what they think was a stolen election. More than two in five people in this country, and more than two in three Republicans, agree with Trump that the election was stolen by Nancy Pelosi’s party.

Remember, nobody in the Democrat Party, least of all Nancy Pelosi, gave a fig about the violent riots and bona fide insurrections in Seattle and Portland last year, at least until they got worried those riots would be a political detriment to their electoral prospects.

And remember, the Antifa/BLM riots were incited by the promotion of a narrative by the Democrat Party, including kente cloth–wearing Nancy Pelosi, that the Minneapolis police department had murdered George Floyd, a man who had taken a fatal dose of fentanyl just before resisting arrest for counterfeiting.

Now an Antifa/BLM–imitation “mostly peaceful protest” lands in the U.S. Capitol and it’s an “insurrection” for which a president barely more than a week from being out of office has to be impeached and removed?

And to Liz Cheney and the other Republican swamp things on Capitol Hill who delusionally see this as an opportunity to wrest control of the GOP from the populist conservative movement that has attached itself to Trump specifically as a rejection of their moribund, out-of-date Failure Theater style, there is a reason they call you the Stupid Party. Good luck in the 2022 primaries, you clowns.

Luckily, this “impeachment” won’t get any further this time than it did a year ago when Crazy Nancy first dropped it, Mando-style, in the House Chamber. But the stink will take a while to fade away, and if Pelosi thinks somehow her temper tantrum will make the plebes and hooples respect her authority any more than they did when a few of them broke into her office, threw her stuff around, and Bogarted her laptop, she’s off her meds.

The American public can’t stand you, lady, and you’re only making it worse by doubling down. It almost feels like that’s the plan.