by Scott McKay
Return of the Jedi Movie/Screenshot 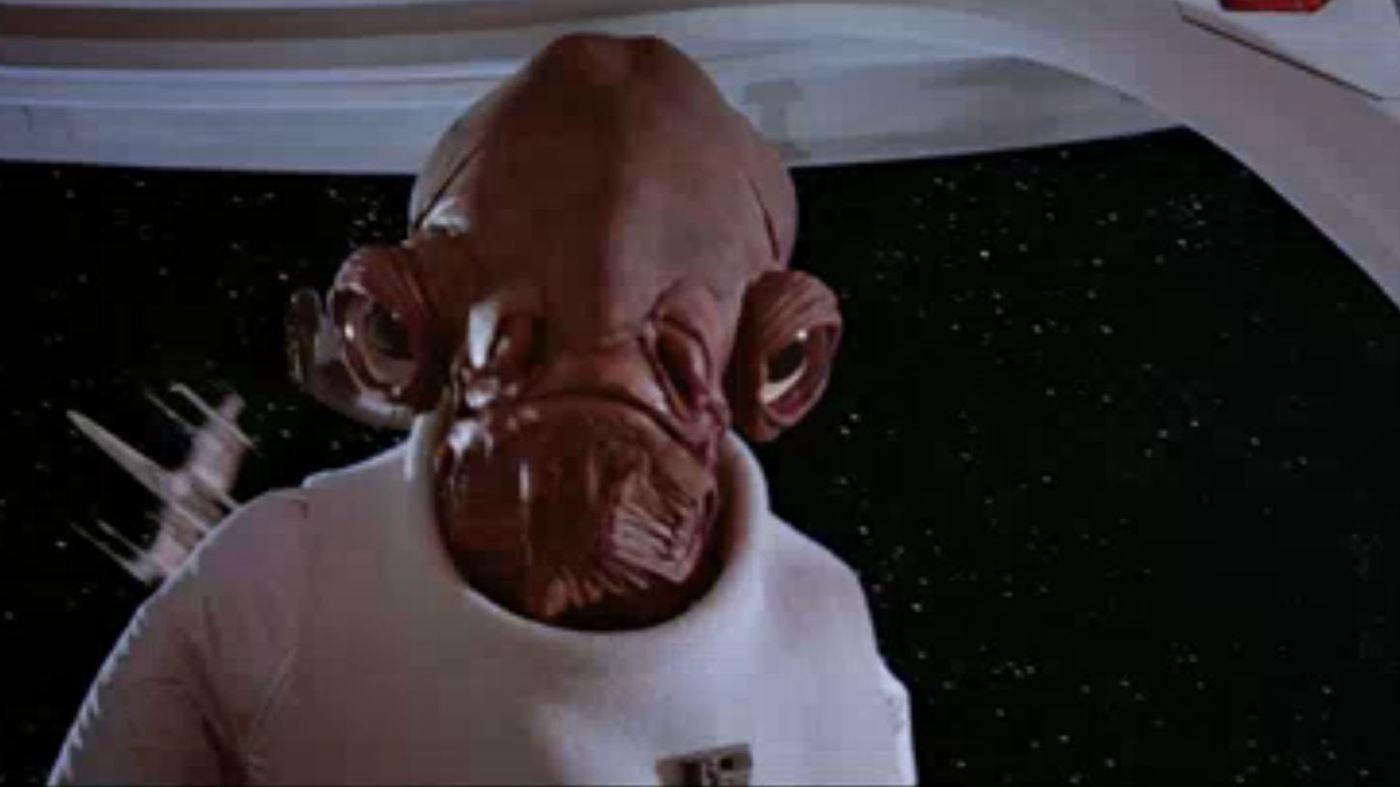 The pundit class is already hard at work concocting lectures with which to harangue the lumpen MAGA proletariat about Wednesday’s events at the Capitol. I have no particular interest in scolding the tens or even hundreds of thousands of Trump supporters and patriots who were there in an effort to make their voices heard about the stolen 2020 election. The vast majority didn’t storm the building, committed no crime, and had every right to be there.

And most of the howling I see is really just sanctimony. Either that or it’s invective by people who were unrepentant or latent NeverTrumpers desperate for a free shot at the MAGA crowd.

My critique of the debacle at the Capitol is practical, not moral. If I thought there was political value in outright sacking the place I might be torn about it. This space has, after all, argued that a stolen election breaks the republic and anything goes in the post-republic.

But the goal isn’t to win the post-republic. Not yet. The goal is to preserve and restore the republic. And what happened on Capitol Hill doesn’t serve that goal at all.

As the Romans used to say, cui bono? Who benefits?

A huge swath of the country was glued to the television to watch the evidence of the stolen election finally getting litigated, a full adversarial debate which has been denied the country for nine weeks since Joe Biden’s magical victory. There were shining moments. Ted Cruz had one. Steve Scalise had one. Jim Jordan had one. There were others. Republican House members and Senators were making a better case than the President and his team for refusing to certify the electors. Was it going to result in anything substantial? No, probably not, but let’s face it – by the time this process arrived on Capitol Hill, Team Trump was already out of gas.

The wider goal, that of preserving the republic, was still very much intact. The irregularities in processing the election, which are still very much in place as the twin Georgia debacles Tuesday night showed, must be remedied with legislation before the next cycle comes around, or else American elections cannot recover the legitimacy stolen by the Democrat Party in November.

That’s more important than Donald Trump’s second term, as crucial as Trump’s second term would be. Recovering our election integrity is the very preservation of the republic, and it starts with the case Republicans on Capitol Hill were making that, whether you’re convinced the election was stolen or not, it’s quite obvious that elections laws were broken in all of the “battleground” states in question. The GOP was winning that debate, whether it would save Trump or not, and there was an opportunity to build a public consensus for fixing the broken elections and recovering the republic.

And then all of a sudden the whole thing ground to a halt. Everybody knows what happened next. And though our legacy corporate media seems a bit reticent to mention it, a woman named Ashli Babbit, a mother and a 14-year Air Force veteran, was shot in the neck and killed by a Capitol Police officer in a case one could argue was a whole lot more egregious than what happened to Breanna Taylor or George Floyd.

Eyewitness accounts of the initial invasion of the Capitol characterized it as sketchy at best, and very much unlike the usual behavior of Trump supporters in any event. This gave rise to a theory that the storming of the Capitol was a classic agent provocateur move, something Antifa members repeatedly perpetrated last year in turning Black Lives Matter protests into riots.

You’d hope the MAGA crowd would be less susceptible to such incitements, but any demonstration containing lots of people with their blood up is very vulnerable to turning into a riot in the hands of the wrong agitators.

Kurt Schlichter, whose excellent column at Townhall.com is required reading, has written a series of novels based around an America which splits into red states and blue states. The latest one, Crisis, is actually the prequel to the series, and it contains a scene eerily similar to the one which took place Wednesday – a huge conservative protest in DC which turns violent, people get shot and the Right is blamed. Schlichter has a leftist revolutionary staging the violence for that very purpose. It’s hard not to see the scene as prophetic after Wednesday.

Whether somebody co-opted the protest or not, it’s awfully suspicious that such a thin line of security existed between Congress and the crowd. January 6th had been circled on the calendar for weeks as the date of a vigorous conservative protest in Washington; how the Capitol wasn’t a fortress with several lines of defense as it has repeatedly been for previous mass protests is more than a little peculiar.

The protesters breached the Capitol and shut down a debate Republicans were winning just before the whole country got to see not just evidence of voter fraud but more importantly, evidence of lawbreaking by elections officials. While the fraud is important, it’s the failure to follow elections law which constitutionally invalidates the certification of the electors, and it’s the failure to follow elections law which (1) can be remedied in the future and (2) if fixed, will eliminate the kind of fraud we all think cost Trump his re-election.

And that breach was far, far too easy.

It didn’t happen when Congress was passing Obamacare, which was a devastating blow to the republic. Why did it happen Wednesday?

I’ll say it: I think a trap was laid. I think the Democrat leadership wanted exactly what they got at the Capitol. I think the security was lax so that something disruptive would happen and the national discussion about election mismanagement and fraud being had in that building, which the Democrat Party is wholly responsible for necessitating, would be washed out of the public’s consciousness.

Even worse, that the discussion itself would be discredited.

And Trump and his supporters fell right into that trap.

Trump did himself no favors inviting that crowd to march on the Capitol. They were going to do it anyway. They all knew why they were there on that day. By making the invitation Trump owned everything that was going to happen, even if it was driven by Antifa agents provocateur.

Now, deservedly or not – I would say undeservedly, but it really doesn’t matter – the entire MAGA movement bears the stink of what happened at the Capitol.

That stink makes it harder to grow the movement. MAGA alone isn’t enough. It wasn’t enough to save Trump in November. It wasn’t even enough to stop the Democrats in Georgia on Tuesday. MAGA has to grow. It has to convert those squishy Republicans and independents out there to its cause, which is doable given what an unfettered Biden administration will do over the next two to four years; and it has to build on the inroads it has made in the black, Asian and Hispanic communities. It has to become a majority movement, and it has to ultimately even bring the NeverTrumpers into the fold – not by giving them control over the GOP again, but by convincing them to stop being enemies.

The case of Erick Erickson was at least a little instructive to illustrate how well things worked for the Left on Wednesday. The NeverTrumper pundit blasted out an email to his list begging for some sort of rapprochement between MAGA conservatives and the GOP’s moderate wing Wednesday morning. By Wednesday afternoon he was getting himself suspended from Twitter for repeatedly demanding that the Capitol Police shoot the protesters, which certainly doesn’t recommend Erickson as a voice of reason given Ashli Babbit’s fate.

You cannot understate how giddy the Left is after Wednesday. Democrats on Capitol Hill think they finally have a reason to impeach Trump, and they’re actively demanding it now. They’re even joined by the Ericksons and Stephen Hayeses of the world.

And you cannot understate how much damage was done to the cause of saving the republic.

The post-republic beckons. We don’t want it. But it’s what we’re getting. Lord help us.