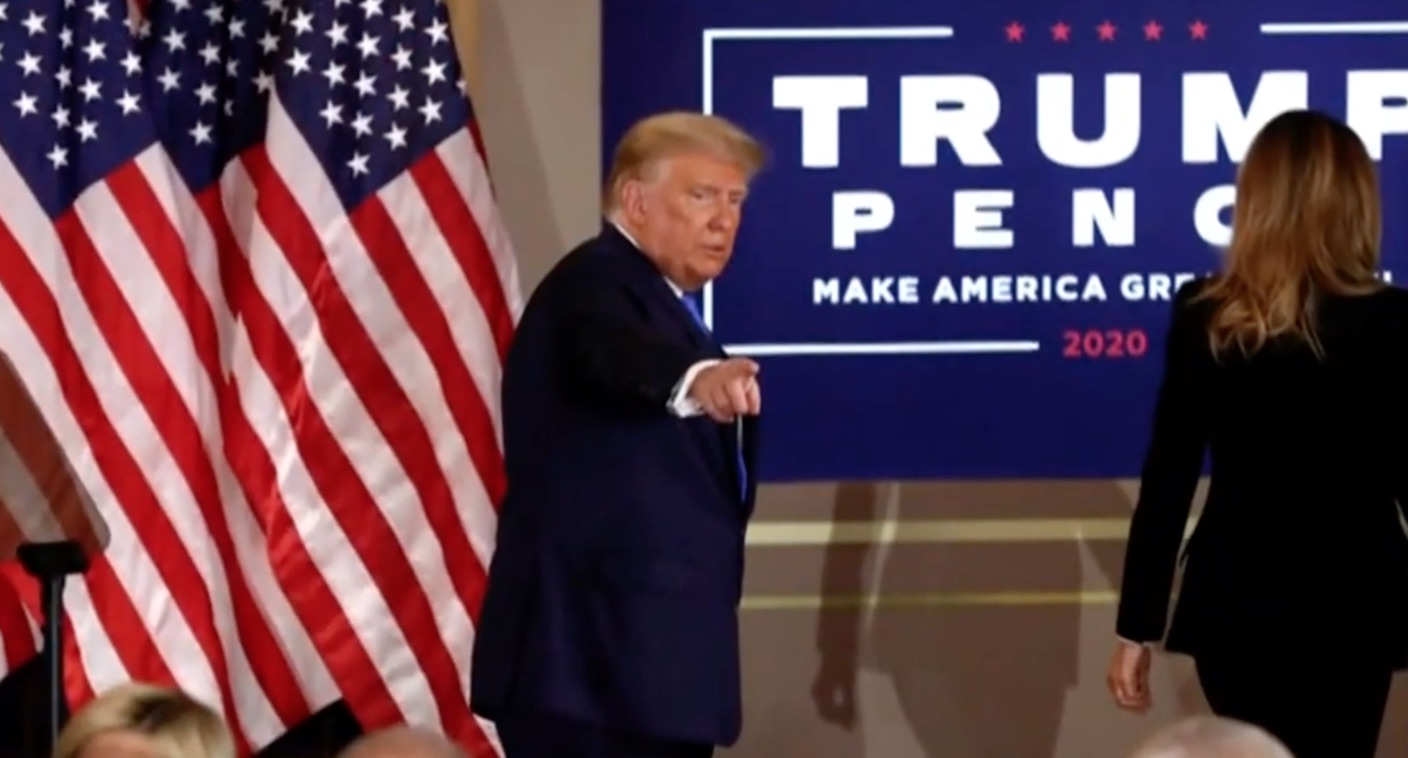 This week the Trump campaign will presumably outline the case, by presenting evidence of electoral chicanery, that the true results of the 2020 election are not those that have been reported by the news media.

They’ve stolen your consent to be governed, if this election was fraudulently decided. How are the actions of a fraudulently installed presidential administration thus legal?

Team Trump should not be ignored. The evidence presented cannot be ignored. It must be vetted, observed, and adjudicated. The media’s characterization of Trump as whining or acting as a sore loser is invalid and inappropriate.

Because as the president noted, this is about far more than his election. This involves the very existence of American government. It’s the very lives we lead that are at stake.

Let’s understand what our republic is. It’s a contract between our people, and between our state governments, who are the ultimate sovereigns, and the federal government.

The basis for that contract, its foundational principle, is the consent of the governed. Remember the words of our foundational document, the Declaration of Independence.

“That to secure these rights, Governments are instituted among Men, deriving their just powers from the consent of the governed.”

Now, pull this back to the stratospheric level. What is the fundamental requirement to make any contract effective? Consent, freely given.

And that consent is not possible when it’s given under conditions of fraud or duress.

In every legal system of free countries, no contract is enforceable when it’s shown that one party has materially lied in order to defraud the other.

That’s precisely what is at issue with respect to what’s alleged. If Team Biden engaged in the kinds of material fraud and vote-rigging being alleged in numbers that would change the outcome in Michigan, Pennsylvania, Georgia, Wisconsin, Arizona, and Nevada, then the social contract — the very foundation of who we are as a country — is gone.

It doesn’t exist anymore. It has to be remade. And there is no set way to remake it, particularly in a nation as divided as this one is.

Your consent to be ruled by this federal government derives from your trust that when we hold an election, the results will be tabulated based on all the votes from eligible, live voters, and no votes from any other source. Attempts to abuse and destroy that trust by polluting the vote-counting through introduction of invalid or fraudulent ballots, computer hacking, or other chicanery creates a circumstance by which you are not given that to which you’ve consented.

This is like buying a car and, upon taking delivery, finding out that it’s missing its rear wheels. You wouldn’t accept this car and you would call the bank and stop payment on the check. Failing that you would sue.

You wouldn’t just accept it and try to drive around in a vehicle that dragged its back end on the concrete in a shower of sparks. You certainly wouldn’t pay on that car note every month.

Similarly, as Kurt Schlichter said last week, you’re under no obligation for allegiance to any institution or individual that obtains or maintains power by fraud.

It’s a big deal. They’ve stolen your consent to be governed, if this election was fraudulently decided. How are the actions of a fraudulently installed presidential administration thus legal?

Raw political power? Good luck with that. You’re going to arrest 70 million people for not obeying you?

It isn’t just harassing the deplorables we’re talking about. If this election has been stolen, nothing the Biden administration does is binding on the states. Nullification thus becomes an option. On a wholesale basis.

Secession is even on the table.

It is impossible to overstate how serious a stolen American presidential election is. It is literally the end of the Republic if that is what has happened. And it cannot be remedied, because there are 70 million people who will never trust or respect the federal elections process again without drastic reforms that would effectively constitute a new social contract.

America will become ungovernable. The cash economy will overtake the legitimate economy. Lawlessness will become rampant as once-lawful citizens give up and begin chiseling out whatever they can. Without a social contract, there is no peaceful transfer of power in any political office, and violence will reign.

We could be literally facing the end of America.

On the contrary, we face the abyss. We are spoiled by more than 230 years of glorious history of our Republic to believe it can’t happen here, but the history of most places in the world indicates a cross between House of Cards and Game of Thrones, with a side of Chechnya or Mogadishu, is more the rule than the exception.

This can’t be allowed. A stolen election in the United States of America is unthinkable. That one side would so blatantly violate the social contract is beyond the pale.

The president and his team will be making the case this week that the irregularities and defects in this failed election changed the outcome. They must be allowed to make that case, and to present evidence for it. If that evidence is indeed compelling and shows itself to be material to the outcome, then legislators in those states where the fraud has been decisive are obligated to invalidate the posted, fraudulent results and choose their own slates of electors as provided in the Constitution. Failing that, the House must vote on Jan. 6 to invalidate an Electoral College result decided by fraud.

The Constitution, the foundation of our Republic, demands no less. It provides remedies against a stolen election. If those remedies are not acted upon should the president win his case, the Constitution is dead and the Republic with it, and the abyss beckons.