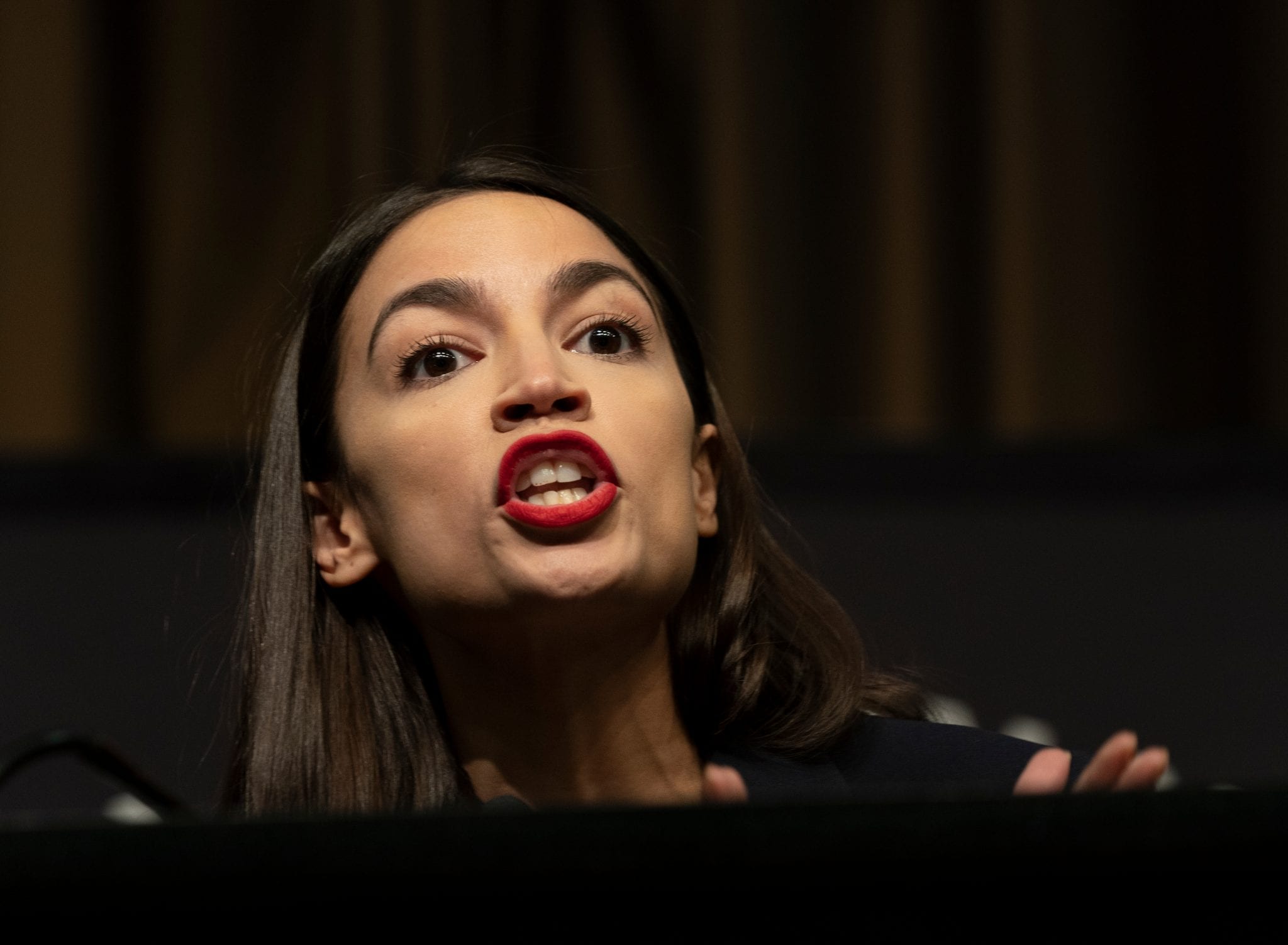 Meanwhile, while we are talking about leadership, let’s not forget AOC and her “Squad” and the “Green New Deal.” This is her plan to completely stop using fossil fuels and eating meat within the next 11 years. This, supposedly, is necessary to save the planet from destruction.

I don’t want to get too far into the weeds on this, but it’s the most idiotic plan in the history of modern civilization. It’s just mind-blowingly stupid. Yes, it’s a good idea to reduce the emission of greenhouse gases. I don’t think anyone doubts that. But to think a complete stop can be applied to fossil fuel usage is just an impossibility.

The fact that anyone at all takes it seriously, that bystanders don’t start laughing and crying any time AOC or her posse appears in public is just a pitiful sign of how corroded and wrecked our educational system has become. Everything important runs primarily on oil and gas and nuclear. To think we can just wave a wand and change that in 11 is a cruel hoax. How could it have gained any currency at all?

On the other hand, the whole idea and the public fawning over AOC reminds me of a sad impression about government that sank into my brain long ago when I was a speechwriter for Gerald R. Ford, immediately after RN left office.

Now, Mr. Nixon was a genius and a great friend of freedom. It’s hard to think of another president with the brute brain horsepower RN possessed within the past hundred years. But Mr. Nixon had a certain idea of status and propriety. He did not invite us lowly speechwriters to any but a few cabinet meetings. Gerald Ford, on the other hand, invited a speechwriter who had anything to do with a subject to come to cabinet meetings. The result was that I was invited to dozens of cabinet meetings and other high-level confabs. It was a stunning experience.

Mr. Ford was a small-city politico from western Michigan. His friends and cabinet members tended to be somewhat like him. Small-town, provincial businessmen, lawyers, and politicians. To put it mildly, they were not an impressive group — not even remotely in the same league as RN’s top dogs. Very kind people, the sort of people you would want your daughter to marry. But highly limited in sophistication and education.

Several years later, I had the opportunity to work on the Reagan campaign in 1980. I got to sit in on meetings of power players. Again, they were super-friendly people. Easy to get along with. Fact of life: the business of a politician is to be liked. If you get to be an adviser to the president or someone like the president, you are likely to be able to get along well with others — “plays well with others,” as the elementary school teachers used to write about their third graders.

But you don’t necessarily know much about energy or defense or economics or foreign affairs. And you don’t care that much that you don’t know a lot about these subjects. You got where you are by going along, not by making waves.

I am often put in mind of something Mr. Nixon said to my father in 1973. “Something you have to remember, Herb,” said the president, “most members of the House aren’t fit to be dogcatchers.”

The members may have detected some of this feeling in Mr. Nixon, which is perhaps why they were so ready to impeach him for doing basically nothing wrong 45 years ago.

Now, consider how scores on the SATs have collapsed in the past half-century and apply that to AOC and the Squad and their supporters. Then you get an idea of just how foolish our elected leaders have become and how little many voters know about what is real and what’s not.

AOC has basically presented a fantasy vision of the world to the American public. It’s just not grounded in reality. But a very large percentage of voters — 25 percent by some measurements — think this fantasy is real and that AOC could pull it off. This is sad and dangerous. I shudder when I think of how this stunning ignorance would play out in a war or peace situation for this country.

Ignorance is not bliss. It’s super-dangerous, and we would do well to try to educate our people in some basics of real life — such as that terrorists with nuclear weapons are really, really dangerous and that playing trade war chicken with a country as big and powerful as China is dangerous, too. But let’s go on to other, more current situations … and happier ones at that.

Just by the way, speaking of ignorance, a few years ago I was walking through Reagan airport in D.C. and saw an attractive middle-aged woman with short hair. She was dragging a good-sized suitcase all by herself. No greeters. No security. No skycaps. It was Mrs. Warren. We talked for a few minutes about mutual friends at Harvard Law School, and then I let her go. Was she an idiot to be solo with luggage at Reagan or was it the last word in modesty? I’m still not sure, but I admired her for it.