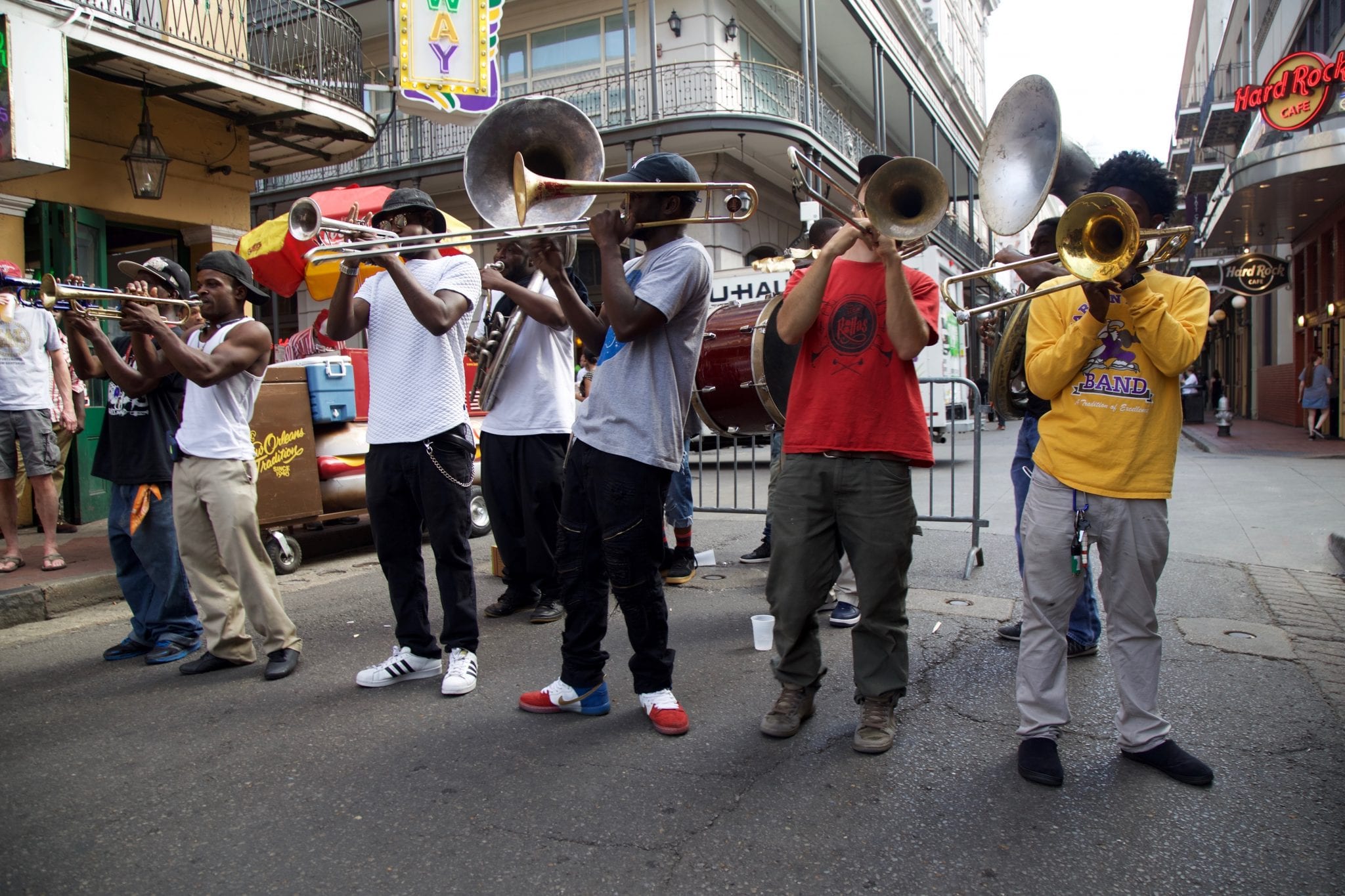 Last week, I was in New Orleans, Louisiana, to speak to some of the most pleasant, most wide awake, alert people I have ever met. They are a group called INFOR, and they do software solutions for extremely difficult problems. I could not have asked for a better audience.

They even asked questions, and that’s a real treat.

I stayed at a lovely hotel called the Windsor Court and had a fine breakfast every day. My pal Judah and I strolled around the French Quarter to whatever extent my bum right knee would permit.

Here’s what I noticed above all in that glorious city: it has had the racism taken clean out of it.

Now, I first went to NOLA in the fall of 1961 (yes, 1961!) on a Montgomery Blair High School field trip to visit famous Civil War battlefields. The parents of about 30 of us Civil War buffs chipped in and we rented a Greyhound bus to take us from Silver Spring, Maryland, downtown, across the 14th Street bridge and then on into the Heart of Dixie, Northern Virginia.

It was immediately apparent that we were in a foreign nation because the bathrooms at the Gulf Oil stations were rigidly segregated. There were white and colored bathrooms and water fountains. One of our buffs, Bill Silverman I think it was, took down the “colored” sign from above a Coke machine, and got yelled at severely by the manager.

Down, down, down we went until we were at a truly tragic spot, Shiloh, where the dead had to buried in a mass grave. That was for the Confederates. The Union men could be identified.

Then along endless pine-hedged two-lane blacktops through Mississippi and finally to an immense bridge and there we were in the metropolis of New Orleans. Our hotel was in the French Quarter and we could hedge our bets on sin by just hanging out where 99 percent of the other tourists were. On Bourbon Street.

Redolent of gin and beer and vomit but still wildly fun. And still that white/colored horror show.

That part was not fun at all. Still, we were there to have fun and look at Civil War sites.

But it was strange to see a full-fledged city as segregated as a Klan rally.

Now time has passed. A lot of time. Last week Judah and I were promised a new New Orleans, and that’s what we got.

First of all, it’s not racially segregated at all. Not one bit. Second, it has one of the two most dynamic museums in America: the National WWII Museum. That up-to-date museum features as its inviting inaugural display: a trolley car. Then there was a short but amazingly well-done hometown film of how the war was fought. It was electrifying and out-of-control emotional, as it showed American boys getting slaughtered at islands in the South Pacific. The screen flashed, and the narrator, Tom Hanks, talked to us as if we were in his living room in Malibu.

I sat there and sobbed like a baby. Just shook with sobs. A sobbing machine. Judah, who is 30 years younger than I am, was deeply moved, as well. Then there was a blinding flash of light and the movie was done and I sat outside and cried for an hour.

Why did I sob so much? What made me sob?

But largely it was because we won that war at home, too. We won that war by making racial oppression illegal here, too. I can still recall blacks getting treated like dirt on southern U.S. rail lines while captured Luftwaffe officers were treated like officers and gentlemen.

Now that’s all gone and we have an America on an ever-widening Pullman to freedom. I don’t really know why I cried so much. I just know that when I came back to the hotel, all I could think about was a phrase: The Ethical Revolution in America. And glory, glory, glory to all who made it happen on Tarawa and Tulagi and Cassino and on the high seas and in Mississippi and places like the Pettus Bridge. God bless this greatly beloved America, home of the Ethical Revolution of the 21st century. Beacon of liberty for all mankind.