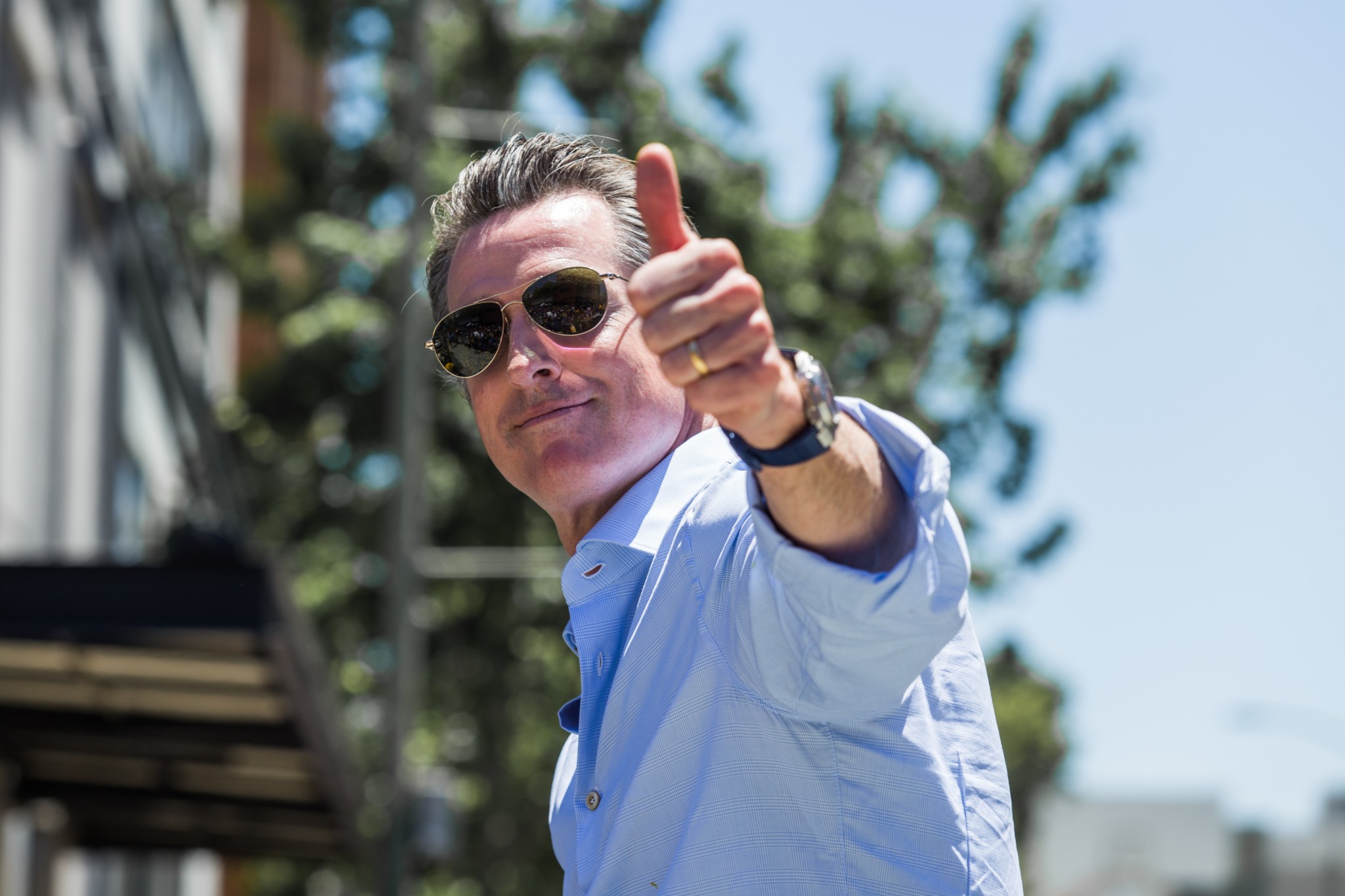 California’s general election results were anticlimactic. Governor Gavin Newsom was reelected by a nearly 58 percent to 42 percent margin over state senator Brian Dahle, a standard-issue Republican from California’s rural northern region. No one expected Dahle to have a chance, and he ran a dogged but ultimately unimpressive campaign.

In recent years, the Republican Party’s main goal has been to field candidates who won’t embarrass the party and obliterate its down-ticket candidates. And by down ticket, I mean way down the ticket. No California Republican has won a statewide race since 2006, so the focus has been on not losing too many state legislative and congressional races. Dahle essentially took one for the team.

As I pointed out in my election postmortem at The American Spectator, even the most qualified and energetic Republican statewide candidates did only marginally better than those candidates who ran no campaign whatsoever — and were little more than a name on the ballot. The state is too Democratic to elect a Republican to a statewide post.

Newsom’s winning percentage varied little from the winning percentage of other statewide Democrats, meaning that any generic Democrat would likely have matched his totals. But Newsom didn’t have to run much of a campaign, so it’s unclear how well he would have done had he tapped into his enormous campaign chest and run more than a pro forma race.

Republicans took their shot at Newsom in an ill-fated recall election, in which 64 percent of voters wanted him to stay in office. The second gubernatorial recall election in state history came in 2021, following the COVID-19 shutdowns, an unemployment-payment scandal, and rolling electrical blackouts. But the replacement candidates — most notably talk-show host Larry Elder — ran hard to the right in a state that tilts hard to the left.

There’s little question that Newsom has his eye on the White House, as evidenced by the television ad he ran imploring Floridians to move to California to pursue freedom. That was a head-scratcher. On almost every measurable issue (regulations, taxes, property rights), the state fares poorly on any freedom index. That campaign suggests that Newsom doesn’t understand how non-Californians view our state.

A presidential candidate has to run in the entire nation, and it’s easy to see how Newsom’s style of San Francisco progressivism might play elsewhere: not well. During the latest session, Newsom vetoed a bill that would have allowed some municipalities to allow safe-injection sites. Most Sacramento political observers viewed that tilt to the center in the light of his possible national campaign, but he has offered few similar nods.

Looking on the good side, Newsom also has recently floated a reasonable plan for developing more water storage, although critics are right to note that he waited until the state was in the midst of a grueling drought. And, with Newsom, one must take a “trust but verify” approach. He sometimes says the right things, but there’s rarely any follow-up.

The water issue is important because, under his watch, Californians have feared for the provision of their basic infrastructure needs. Local water districts are rationing water. In the midst of wildfires, the state’s main electrical utilities have been shutting off the power. I can already envision the anti-Newsom “lights out” campaign ads.

The state made national news — of the “you’ve got to be kidding” variety — when the Independent System Operator implored Californians not to charge their electric vehicles the same week that the California Air Resources Board (CARB) announced its “groundbreaking” road map to ban internal-combustion vehicles by 2035.

The Newsom governorship is overseeing the state’s continued decline. The progressive wing of the California Democratic Party views our suburban lifestyles as unsustainable. In their view, we use too much water. We rely too heavily on automobiles. They are committed to phasing out fossil fuels — even before affordable and plentiful alternatives are online. They see a future of rationing and cutbacks.

California has given up building new freeway and road infrastructure — preferring instead a fruitless scheme to push Californians onto our declining transit systems. I have agreed with Newsom on some of his housing policies. For instance, the governor signed laws that eliminate single-family-only zoning, remove parking requirements for many construction projects, and rezone old shopping centers for housing development.

I support these laws because they are deregulatory in nature — they remove onerous zoning requirements, rein in California Environmental Quality Act (CEQA) lawsuits, and essentially shift more decisions to the private marketplace. The state’s progressives promote these laws because they will increase housing density. It’s part of their broader agenda, which attempts to combat urban sprawl.

Yet decades of progressive land-use policy have driven up the cost of housing throughout the state, with a statewide median north of $800,000. This has actually generated sprawl, as residents of the Bay Area and Los Angeles in particular increasingly endure megacommutes to the Central Valley and Inland Empire, respectively, as they seek out more-affordable housing.

These are crucial issues as Republicans prepare for a potential Newsom candidacy. The state’s majority party has long touted grandiose goals yet failed to account for unintended consequences. Even as California hopes to prod other states and nations into embracing its climate goals, it has failed to tend to the basics of government — such as ensuring that the lights stay on, the taps are flowing, and the roads can handle normal levels of traffic.

Newsom isn’t to blame for all of this, of course. Numerous California governors and legislatures have created our current mess. But Newsom has championed all of these policies — and more so than his predecessor. Former governor Jerry Brown was a fanatic on the climate change issue, as he routinely prattled about human extinction. But he was more of a pragmatist who at least tended to the basics.

Brown was stuck with a $30 billion budget deficit and was rather creative — in some good ways and some bad — in filling the gap. He eliminated the state’s obnoxious redevelopment agencies (good) and led the charge for a large tax increase (bad). By contrast, Newsom enjoys an enviable $97.5 billion budget surplus and therefore inherited the role of Santa Claus.

Newsom doubles down on progressive nostrums even in the face of their real-world results.

Instead of using that windfall to significantly pay down unfunded liabilities or to upgrade California’s long-neglected infrastructure or to reform a tax system that is destructively dependent on capital-gains boom-and-bust cycles, he’s been rewarding public-employee unions, building unneeded projects (a bullet train!), and creating new programs. He’s squandering a historic opportunity — but there’s no political price to pay.

Others of Newsom’s decisions probably won’t play well elsewhere. He signed Assembly Bill 5 (AB 5), which largely banned companies from using independent contractors. I’ve written about this regularly in these pages. This union-backed disaster targeted ride-sharing drivers for companies such as Uber, Lyft, and DoorDash but threatened to destroy the entire freelance economy.

In the face of blowback from ordinary Californians who lost their jobs and musical troupes that had to shut down their performances, the legislature ultimately exempted more than one hundred industries from the legislation’s provisions. But the measure still rears its ugly head. Over the summer, truckers shut down the Port of Oakland to protest AB 5’s attack on their owner-operator model.

By the way, the governor dawdled during recent backups at those ports, refusing to suspend AB 5 even though the shortage of truckers exacerbated the crisis. Newsom suspended hundreds of laws during COVID-19, but he refused to suspend AB 5 even though people couldn’t pay their bills and the state was forbidding them from tackling freelance pursuits.

The bottom line: Newsom doubles down on progressive nostrums even in the face of their real-world results. Newsom did indeed criticize the teachers’ unions for resisting school reopenings, but he also passed a series of educational laws that make it far more difficult for the state’s successful charter schools to open new campuses — a sop to those same unions.

Brown advocated for charters — and even started the Oakland Military Academy — but Newsom reversed those gains. The teachers’ unions knew that they had a friend in the new governor, and they quickly took advantage of that alliance. The school-choice movement is growing nationwide, so it’s hard to see how Newsom would make inroads elsewhere as the anti–school choice candidate.

California has long been a Democratic state, but the move from Brown to Newsom signaled the move from a traditional liberal Democrat to a Bay Area progressive. The difference is stark. Past Democrats understood that they needed to tend to the basics of government as they pursued their bigger climate, labor, and other dreams. Now the tail wags the dog.

Whereas Brown was the “last adult in Sacramento,” Newsom might be the first nonadult to take the helm — despite a few token nods in Brown’s direction. As a result, we’re seeing the kind of shortages and economic disruptions that one might expect. As the general election and failed recall showed, there’s no price to pay for this in California. But how will it play east of the Sierras?