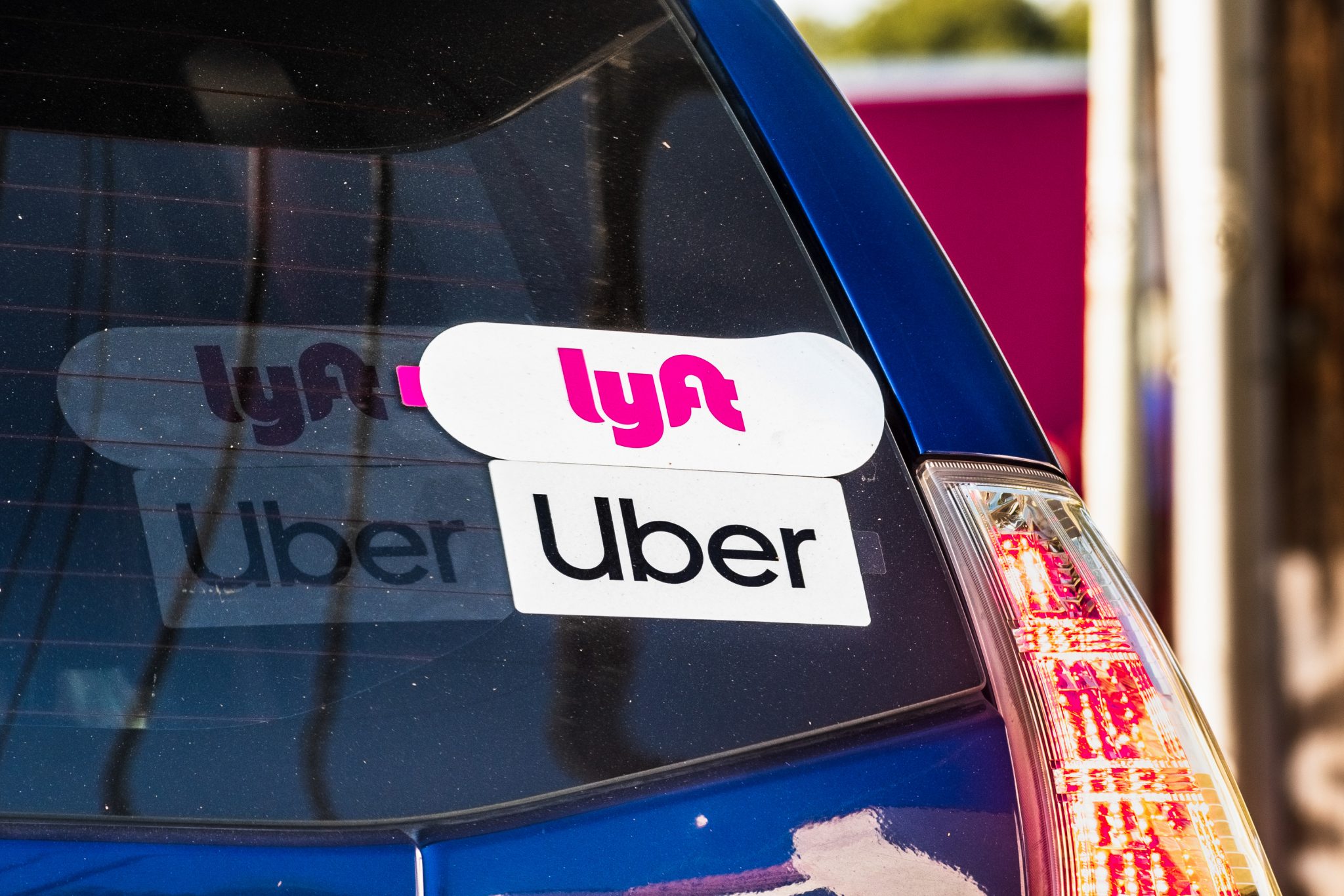 If we’re looking for an example of heartlessness from the political class, there are few better examples than California Assemblywoman Lorena Gonzalez’s Twitter response to moderate-income freelance workers who lost their jobs because of her law restricting companies from using contract labor. Even during the coronavirus stay-at-home orders, where a suspension of the law would help desperate people make ends meet working at home and enable contract drivers to provide much-needed home deliveries, Gonzalez largely doubled down on her support for the law.

After Vox Media announced in December its layoff of two hundred mostly California-based writers for its SB Nation sports website, Gonzalez tweeted, “I’m sure some legit freelancers lost substantial income and I empathize with that especially this time of year. But Vox is a vulture.” As Reason reported, she previously said, “These were never good jobs. No one has ever suggested that, even freelancers.” She also reportedly shouted profanity at people protesting the law.

So, Gonzalez knows her law is obliterating “substantial income” for California musicians, writers, actors, speech pathologists, sign-language interpreters, you name it. But it’s not a concern because she doesn’t think they were good jobs. Apparently, if it’s not a permanent union job on a factory floor or in a cubicle, it’s just not good enough. 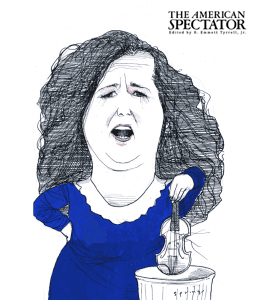 At this point, everyone in the state Capitol knows the unintended consequences of Assembly Bill 5. The union-backed measure targeted drivers for Uber, Lyft, and other app-based delivery services. Progressives accused these companies of “misclassifying” workers and intended to force them to hire them as permanent employees with benefits.

But even after influential lobbies representing insurance agents, Realtors, lawyers, and others carved out special exemptions, the law still ensnared many types of workers. It’s a reminder of how these central planners don’t understand the economy — and the myriad ways people have learned to piece together a decent living.

“I survived cancer and had 36 surgeries while raising kids, and still live with a traumatic brain injury,” according to one tweet from the hashtag #AB5Stories circulated by Assemblyman Kevin Kiley, the Roseville Republican who authored a measure to suspend the law. “I can’t work a regular job. But with the support of my family, I was finally chasing my dreams as a writer, poet & Voice Over actor. Now #AB5 won’t let me.”

That’s a compelling story and one of many that have circulated on social media and in news reports. The law is taking its toll on music and the arts. “After 40+ years of classical music concerts offered outside with family and friends, the Lake Tahoe Music Festival will call a wrap to our summer festival with two performances in August of 2020,” the festival announced on its Facebook page.

“Most musicians make their livings through gigs — a word coined by jazz musicians in the 1920s to describe their freelance engagements,” reported the San Francisco Chronicle. “Now that California is clamping down on gig work through AB5, the new law that took effect Jan. 1, musicians have assembled to say that it could have ‘a devastating and catastrophic impact’ on them, in the words of a petition signed by more than 180,000.”

A recently announced deal would exempt musicians from the law’s restrictions, but what about the situation for so many others? These are appalling stories, especially in a state that prides itself on its creative and gig-based industries. Yet last week, the Assembly overwhelmingly rejected Kiley’s sensible legislation to halt the bill while the Legislature addresses ways to fix it. The overwhelming majority of Democrats — fifty-five of them — voted no on the measure. They know what’s happening. They just don’t care about most of those who are suffering.

Lawmakers have introduced thirty-four different bills to exempt additional industries or roll back the legislation, but most of them come from Republicans. That makes them dead on arrival. Any bill has to go through the powerful Assembly Appropriations Committee, which Gonzalez chairs. So far, she’s expressed a willingness to “clarify” some provisions in the new law, but its fallout hasn’t made a dent in her plans to run for secretary of state.

Apparently, my suggestion in a February 27 American Spectator column was too optimistic. I had thought that perhaps the state’s ruling Democrats had gone too far with this one, but that recent Assembly vote suggests otherwise. Unions are the real power in the Capitol, and they see AB 5 as a template for similar action in other states and Congress. If they can’t compete, they’ll use the political process to kill the competition.

Meanwhile, Twitter is ablaze. “I feel like this is a losing battle and I’m sick over it. @LorenaSGonzalez calls protesters at her events ‘Trump Supporters’ and Labor Brokers. When many of us are far from it. How can we get more attention on this issue?” argued a tweet from Daniel Houze. “I’m a Dem, and hurt by AB5. I’m not a ‘labor broker’ but a single mom that has worked 9 years starting a small business. This will be the first time I vote Rep in CA. Many others in CA feel the same,” explained another tweeter.

Writers have effectively been banned from writing more than the number of freelance articles that lawmakers arbitrarily selected.

Gonzalez has said freelancers, who are limited to thirty-five submissions a year to a single publication, can bill on a business-to-business basis. How many struggling artists can afford the $1,500 legal fees to set up an official business entity, the $800 annual filing cost to the state, and the accounting fees neededto maintain it? Whatever. That’s not the Democrats’ problem. They’re too busy “protecting workers” to worry about such things. Gonzalez apparently doesn’t even believe all the hard- luck stories.

That thirty-five-submission limit is a clear affront to the First Amendment. As a federal lawsuit by the Pacific Legal Foundation argues, “By enforcing content-based distinctions about who can freelance … defendant currently maintains and actively enforces a set of laws, practices, policies, and procedures under color of state law that deprive plaintiffs’ members of their rights to free speech, free press, and equal protection.”

It’s hard to argue with that contention. Writers have effectively been banned from writing more than the number of freelance articles that lawmakers arbitrarily selected. The ban doesn’t (as the lawsuit notes) apply to marketing, graphic design, and grant writing, which points to its arbitrary nature. In February, a federal court rejected Uber and Postmates’ lawsuit against the law, but agreed the companies probably will face “irreparable harm.”

A federal judge temporarily has suspended the law’s application to truck drivers, who filed a suit claiming the law violates interstate commerce rules. That’s an encouraging development, but legislators need to dump it in its entirety. That they are unwilling to do so reveals their disdain for working people. If you don’t have the kind of job progressive lawmakers think you ought to have, then they’re happy enough for you to go hungry.

Steven Greenhut
Follow Their Stories:
View More
Steven Greenhut is a senior fellow and Western region director for the R Street Institute. Write to him at sgreenhut@rstreet.org. His political views are his own.
Most Popular
1
The Current Crisis
Shocker: Americans Think Democrats Are ‘Strange’
by R. Emmett Tyrrell, Jr.