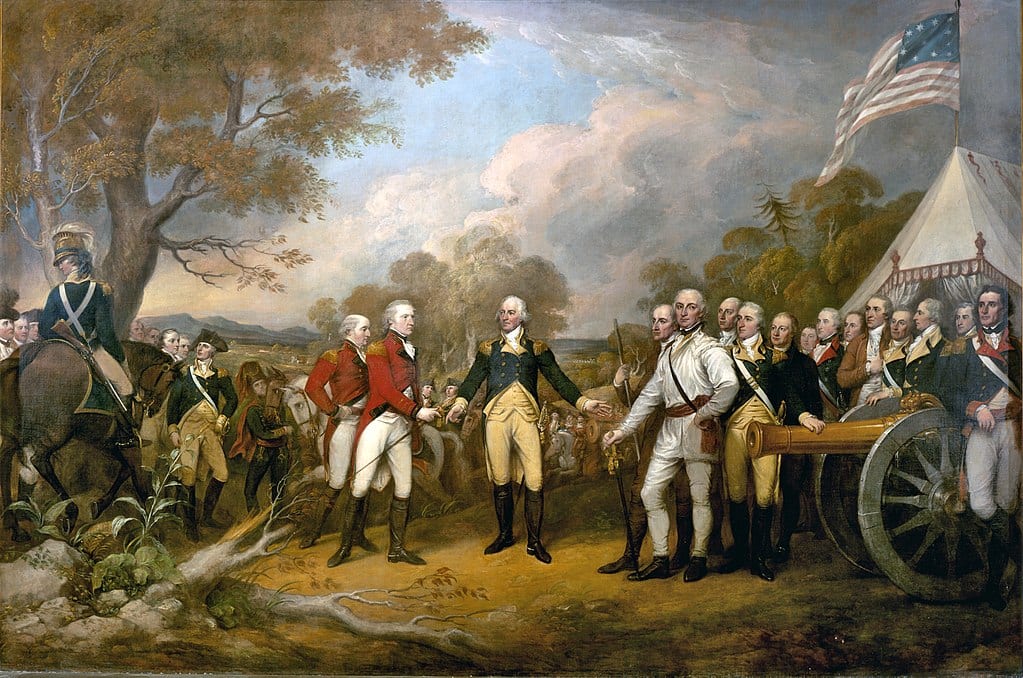 Andrew Cuomo recently blurted out that “America has never been great.” The remark generated the predictable reaction and Cuomo quickly backed away, saying that the remark had been “inartful” and that, of course, “America has always been great.”

The Governor of New York is plainly confused, here, so perhaps he could arrive at some clarity if he would take a short drive from his office in Albany to the battlefield at Saratoga where, 241 years ago this week, General John Burgoyne surrendered his British Army. It was the victory that saved the colonists and led, ultimately, to the creation of the United States of America.

“Saratoga” was more properly a campaign than a battle. It consisted, actually, of a series of battles. Not all of them were victories for the colonists and there were times, especially early in the campaign, when their cause seemed forlorn, at best. Burgoyne was one of the ablest of the King’s generals and his troops were British regulars. The American forces consisted of the usual mix of militiamen and hastily assembled, indifferently trained formations. They were neither professional nor, in most cases, especially well-led. The exception was Benedict Arnold, who deployed his soldiers expertly and rallied them when they were on the verge of breaking. He took a ball in the leg in the critical action of the battle but remained on the field until the British retreated, then he was carried off on a stretcher. He believed that his contributions to the victory were inadequately recognized and praised and this was, no doubt, a factor in his turn to treason.

There probably isn’t much for Cuomo to learn from Arnold’s story. After all, the governor has been in politics a long time so he is surely familiar with the vanities of ambitious men and, also, with their betrayals.

But there is another element of the story that might be instructional.

The governor is an enemy of guns and gun ownership. He recently said, “If I could have put the NRA out of business, I would have done it 20 years ago.” In a debate during his recent (and successful) campaign for re-election, he boasted that, “We passed the toughest gun control law in the United States of America…”

Fair to say, then, that Cuomo doesn’t “like” guns, doesn’t understand people who do, and isn’t interested in learning what makes so many Americans so attached to guns. Why they want to own them, shoot them, collect them, read about them. Why guns are an essential part of their identity.

If Cuomo doesn’t “get” what it is about many Americans and guns, then Saratoga might be a good place for a tutorial.

It was marksmanship, more than generalship, that won the battle. And the marksmanship was preceded by craftsmanship. The Americans had better — i.e. more effective — guns than the British soldiers whose heavy smoothbore muskets were effective to about fifty yards. So the Redcoats would advance, on-line and shoulder-to-shoulder, until they were within range, then fire a volley before advancing, again, to finish things with the bayonet.

The tactic was suited to the weapon and it worked on the battlefields of Europe.

However, the colonists (some of them, anyway) were armed with long rifles. The grooves cut into the barrel imparted spin to the musket ball when it was fired so it flew true, making accurate shots possible out to 250 yards and, even, beyond. The Redcoats were in range long before they could return effective fire.

Those American long rifles were made by individual gunsmiths and the stocks — usually made of curly maple — were unique and personal in character. The makers of these “Pennsylvania long rifles” were as proud of their work as the owners were of their marksmanship. The long rifle became an essential tool on the frontier for hunting and for defense. Frontiersmen knew how to shoot. It was a survival skill that became a kind of art and an essential element of American yeomanry.

There is a monument on the Saratoga battlefield that marks the spot where an American named Timothy Murphy is supposed to have fired a shot that unhorsed and killed a British General and, thus, saved the day. Some scholars have disputed the claim that Murphy fired the shot. Perhaps it was another American sharpshooter.

Whoever it was, his shot changed history and is woven into American tradition and legend, living on through Daniel Boone, Billy Dixon, Alvin York, Audie Murphy, and Chris Kyle. Not to mention John Wayne.

Franklin Roosevelt another — and rather more skillful — Governor of New York, understood it and put it this way, in 1929, when dedicating a monument to Timothy Murphy the man who may — or may not — have fired the shot that killed General Fraser.

“This country has been made by Timothy Murphys, the men in the ranks. Conditions here called for the qualities of the heart and head that Tim Murphy had in abundance. Our histories should tell us more of the men in the ranks, for it was to them, more than to the generals, that we were indebted for our military victories.”

Them, and their guns.