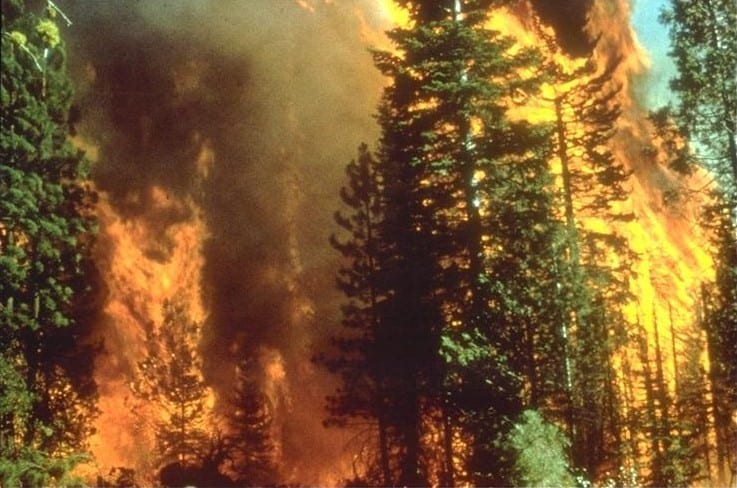 It has been a pretty good week for Donald Trump. The economy is growing faster than anyone on the left or in the middle or among the Never Trumpers believed possible. Inflation is low and employment is at record highs. Moreover, the President and the European Union reached an understanding on trade last week that signals the likely end of a trade war, at least with Europe. Ferocious fires continue to burn out of control on the California countryside, yet no one has had the temerity to blame the fires on the President or even on Melania.

President Trump has been compared to Adolf Hitler, Joseph Goebbels, Benito Mussolini, and, of course, Richard Nixon by his critics. Thus far the President has not been compared to Stalin by them, but one would not expect it. Many of them still have a warm spot in their hearts for Stalin or “Uncle Joe” as FDR was given to calling the vaunted Man of Steel. Over the weekend I am told the President was also compared to a mafia Don by Maureen Dowd, though I have not verified the comparison as I no longer find la Dowd amusing to read. Yet as I go to press, the President has not been blamed for the California fires or even for Leslie Moonves’ problems with women, many of whom have now apparently changed their minds about his good intentions, in some cases after decades of reflection. Good show, Mr. President! Stay out of California and the Moonves business.

Actually, the news about our President gets even better. Apparently Mr. A.G. Sulzberger, the hereditary publisher of the New York Times, had lunch with him in the White House on July 20 — I do hope his presidential advisers were nearby to counsel him on the proper use of his cutlery. At any rate, Sulzberger has informed the American public via an official New York Times edict that he notified the President “that his [the President’s] language was not just divisive but increasingly dangerous.” And Sulzberger went on to warn his host that “this inflammatory language is contributing to a rise in threats against journalists and will lead to violence.” He gave this lecture despite the fact that most of the violence by far has been against Trump supporters and even against Republican office holders, for instance Senator Rand Paul and several congressmen, most notably Congressman Steve Scalise. What planet does Sulzberger inhabit?

There is an aura of the surreal about the world inhabited by this earnest striver, Sulzberger, and of course la Dowd and all the rest of the goody-goodies equating Donald Trump with everything from brutal tyranny to deadly bacterium to poison ivy. They have championed every form of lout from the mild, say illegal immigrants, to the criminal, say rapists and murderers, to authors of genocide, say the aforementioned Stalin, that fat little butterball of a butcher Mao Zedong, and Fidel Castro whose historic funeral ride across progressive Cuba a few years back was interrupted when the vehicle bearing his body — it looked like a forty-year-old jeep — broke down in the countryside and had to be pushed by a few of his yokels to some repair shop for a new set of spark plugs or perhaps a new rubber band.

These last three psychopaths have never, as far as I can tell, been compared to Donald Trump. They have all three been compared to George Washington, Abraham Lincoln, Gandhi, Jesus, and other exemplars, but never Trump. To the tiny brain of a Hollywoodian or a progressive Democrat or a hamster, all three are towering figures. All the mystery and hocus-pocus that surrounds their aura entrances these simpletons. As was said of their equivalents back in the ancient days of the Russian Revolution by one or the other of the Webbs — I think it was Beatrice: “You can’t make an omelet without breaking eggs.”

What is amazing about the Trump critics is not that they exist. They always exist. But that they are so plenteous and have risen to positions of influence even outside Hollywood, the media, and what passes for culture in America today. Oh sure, their views rarely take on much puissance even when they are spotted at work in the fields of commerce, the courts, high tech, medicine and so forth, but it is a little startling to see them running large companies, say Facebook or Google.

All I can say is that the great majority of Americans pay them little attention. The American majority sees that President Trump is effective in boosting the economy and even in handling our foreign policy. Meanwhile Facebook and other dubious enterprises are blowing up. The critics make a lot of noise but they do not in the end matter a lot. What really matters is last quarter’s growth rate of 4.1%.

R. Emmett Tyrrell, Jr.
Follow Their Stories:
View More
R. Emmett Tyrrell, Jr. is the founder and editor in chief ofThe American Spectator. He is the author of The Death of Liberalism, published by Thomas Nelson Inc. His previous books include the New York Times bestseller Boy Clinton: The Political Biography; The Impeachment of William Jefferson Clinton; The Liberal Crack-Up; The Conservative Crack-Up; Public Nuisances; The Future that Doesn’t Work: Social Democracy’s Failure in Britain; Madame Hillary: The Dark Road to the White House; The Clinton Crack-Up; and After the Hangover: The Conservatives’ Road to Recovery. He makes frequent appearances on national television and is a nationally syndicated columnist, whose articles have appeared in the Wall Street Journal, New York Times, Los Angeles Times, Baltimore Sun, Washington Times, National Review, Harper’s, Commentary, The (London) Spectator, Le Figaro (Paris), and elsewhere. He is also a contributing editor to the New York Sun.
Most Popular
1
In Memoriam
George Neumayr, RIP
by Wlady Pleszczynski