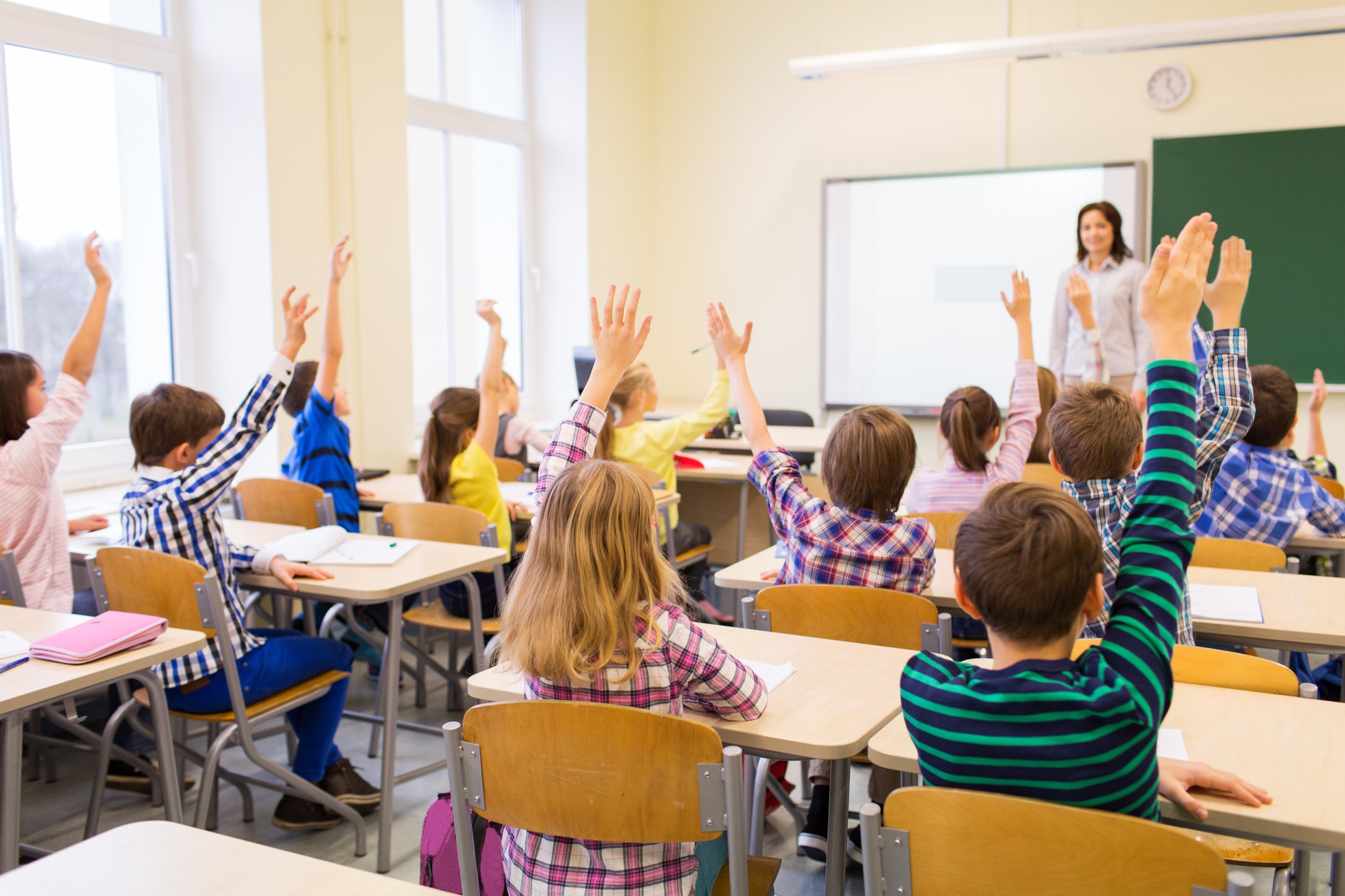 Ever taught first or second grade? I have.

Back in 1987, adjunct to my serving as a congregational rav (Orthodox rabbi), I founded a yeshiva, a Jewish parochial day school teaching religious and secular subjects to boys and girls — there are only two genders — grades one to eight. During my three years there, we grew into three grades with 50 kids. Alas, finances always were tight. To save on school payroll costs, I taught the first- and second-graders their religious subjects. Mrs. Schwartz taught the secular reading, writing, and arithmetic. It was my school, so I crafted the curriculum. Three decades later, the kids all have proceeded to live incredibly productive lives.

One day, I welcomed a guest speaker, Officer Friendly of the Irvine Police, to address the kiddies. Was that his real name? Who knows?

I had invited him because, when I was a kid, our yeshiva had a cop speak to our class. We Orthodox Jews support the cops, and we like the idea of our kids meeting an amicable police officer in person to convey the message: “The policeman is your friend.” Remember those days?

But what about Black Lives Matter and defunding? Well, in those days Black lives mattered too much to raise money from guilt-ridden White liberal and “progressive” suckers to buy multi-million-dollar mansions for Black finagling hucksters.

Back to our story:

Officer Friendly made his presentation. I had explained to him his audience: good children from wholesome Orthodox families. Nevertheless, he veered way off script and began talking about the dangers of doing drugs. For goodness sake, these kids’ families did not know from drugs. At some point, the fool told the kids: “It is really dangerous to put coke up your noses even if you see your parents do it.” What an idiot!

The kids started making all these sounds of disgust: Eeeeeeeeeew! I stopped him quickly. Then, at lunch, one of the boys — surprise! — sticks a straw into a can of Coca-Cola — coke — and inhales it into his nose. The carbonation bubbles hit him like a jalapeño pepper on a Joe Biden pizza, and he starts gagging. Good for him.

There now is a long-overdue debate, from New Jersey to Florida, from Ohio to California, over teaching first- and second-graders about sex, body parts, and gender identity. The debate is theoretical about policy, culture, and the State usurping parents’ rights. No one ever discusses “how the sausage is made,” what actually transpires in such a class session. News anchors, columnists, and politicians have not taught six- and seven-year-olds, so they don’t know. I have, so I do. Here is reality:

TEACHER: Today’s class is about body parts. Even though there are no “boys” or “girls” anymore, we all begin with certain body parts. Can someone tell me what we call a body part under a “boy” belly and just on top of his legs that sticks out and sprays pee-pee into a toilet from a standing position?

BILLY (waving his hand to gain attention): A Wee-Wee?

TEACHER: Not exactly, Billy. How about you, Tommy?

TEACHER: No. How about you, Woody?

WOODY: My Daddy calls it a schlong, I think.

TEACHER: Well, the correct word is “penis.” Let’s all say it.

TEACHER: Excellent! If you have a penis, raise your hand.

(Half the Kids raise hands.)

TEACHER: All because you have a penis does not mean you have to be a “boy.”

(TEACHER manually pantomimes quotation-marks with fingers as he says “boy.”)

TEACHER: You still can be a girl. If you feel you really are a girl, but there was a mistake in making your body, your doctor can do a simple operation, just like my girlfriend had. The doctor takes off the penis, makes a few changes, and puts on some very nice breasts, even with nipples. There is yummy medicine called “estrogen.” Now my girlfriend is just like she was born a regular girl. A hundred years ago, boys and girls could not fix mistakes when they were born into the wrong bodies. But now everyone can — even you! Is there anyone in our class who does not have a penis but would like to be a boy?

TEACHER: Have you told your parents, Olivia?

OLIVIA: I told my mom.

TEACHER: What did she say?

OLIVIA: She said that she had a hard day at work and wanted to be left alone, so I should tell my dad.

TEACHER: And did you?

OLIVIA: Yes — and he asked why. So I told him it’s because I think Buzz Lightyear is so cool: “To infinity and beyond!”

TEACHER: And what did your dad say?

OLIVIA: He said he would buy me a Toy Story DVD for Easter. And I should leave him alone.

TEACHER: But do you still want to be a boy with a penis?

TEACHER: Will you tell that to your dad?

OLIVIA: Well, since he might buy me a whole set of Harry Potter DVDs if I tell him, I think I will wait until Christmas.

TEACHER: OK. Thank you, Olivia. Next thing: Unlike boys, people first born as girls do not have penises. They have something else. Does anyone know what we call that part on “girls”?

TEACHER: The part under your stomach, between your legs, with like an opening in it.

TEACHER: Not exactly. Anyone else?

JAELYN: My uncle Jimmy calls it “The Cat’s Me-ow,” I think.

KHALEESI: My Mom calls it “Down There.”

TEACHER: Well, Khaleesi, the word I am looking for is “vagina.” Let’s all say it: Vuh–jie–nuh.

TEACHER: Very good. A girl has a vagina. But that does not mean she has to stay a girl! If you have a vagina but do not feel like a girl, you still can be a boy. The doctor just attaches a brand-new penis, gives you medicines like “testosterone,” takes off your breasts, and you become a boy if that is what you really think you are and should be. Sometimes, people are just born into the wrong body. Is there anyone here who thinks you were born into the wrong body?

LIAM: I think Owen was born into the wrong body. Owen should have been born a Doofus.

TEACHER: That is not acceptable, Liam. It is true that Owen has White privilege, and you have been oppressed because you are a Student of Color, but you owe Owen an apology.

TEACHER: And you, Owen, owe Liam an apology.

TEACHER: For 403 years, since 1619, your White family has used White privilege to take advantage of Liam’s Family of Color.

OWEN: But I’m Armenian. Our whole family except for my parents were wiped out by Turkey on April 24, 1915, in the Medz Yeghern. We came to America later and ended up in Glendale. My family never hurt anyone.

TEACHER: OK. We will continue with this tomorrow. For homework, everyone please look at your penis or vagina, depending on which you meanwhile have, and draw a picture of it. Bring your drawings tomorrow, but don’t write your names. In class, we will play a game, guessing which person did which drawing. It will be fun! Any last questions?

MADISON: Yes. Why do some of us have penises and some have vaginas?

TEACHER: They are made that way, Madison, because they work together, sometimes to make babies, sometimes for other reasons you will learn in fourth grade. Sometimes, the little penis all of a sudden can get hard, and it suddenly grows much longer, like six inches, like a small stick. And then it fits into the opening, the hole, in the vagina.

TEACHER: Well, that’s how you were born, Madison. One day, your father stuck his penis into your mother’s vagina, and you came out nine months later.

RIVKA RUCHELEH: I am Jewish. If I get a penis to become a boy, can it come with a bris, or do we have to get it cut afterwards?

TEACHER: Gee, I don’t know. You will have to ask your rabbi.

If you imagine it will be disastrous to have public school teachers discussing with children sex, body parts, sex changes, and the entire subject, you are not imagining. These teachers were licensed to teach standard school subjects to the lowest grades, not to delve into sensitive subject areas that are best left to parents as to when to broach, how to address, and what to say. In November, you can send the same message that Virginia parents sent. Eventually, even Disney will figure out that Mickey and Minnie, Donald and Daisey, are not interchangeable.

To attend any or all of Rav Fischer’s weekly 90-minute live Zoom classes on the Weekly Torah Portion, the Biblical Prophets, the Mishnah, Rambam Mishneh Torah, or Advanced Judaic Texts, send an email to: shulstuff@yioc.org. (Please note that Rav Fischer’s classes will be on hiatus during March and April.)