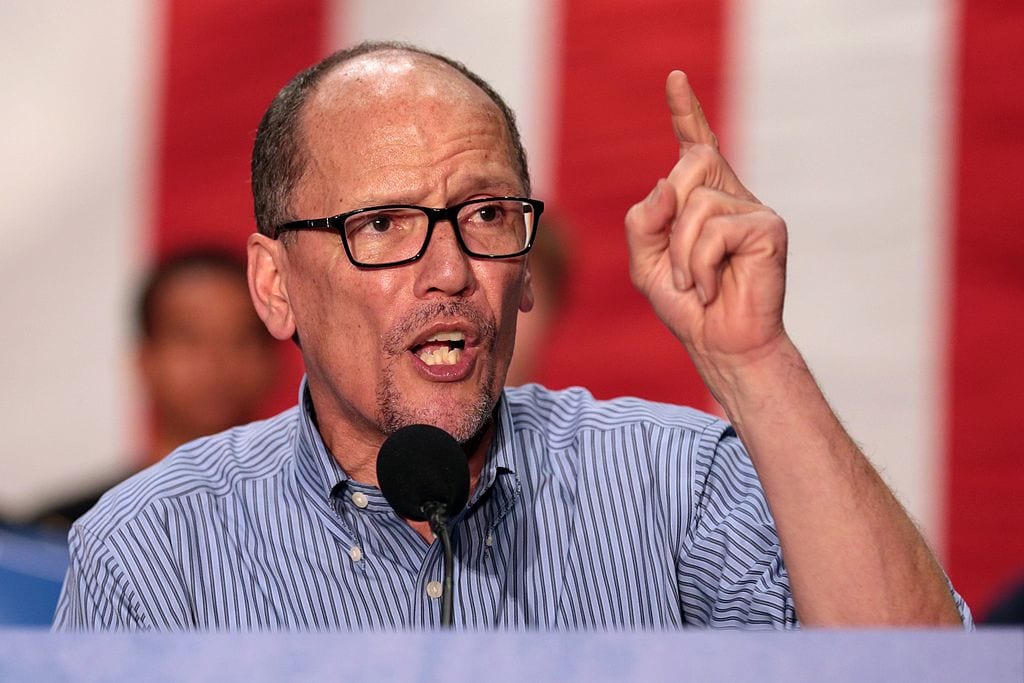 Fox News reporter Peter Doocy trailed Rep. Ilhan Omar, D-Minn., as she walked through a Capitol hallway on Wednesday so that he could ask her: “Rep. Omar, there seems to be some confusion among your colleagues. Are you anti-Semitic?”

Rather than say “yes” or “no,” Omar refused to respond, even as House Democrats were wrangling over a resolution condemning anti-Semitism that was drafted in response to Omar’s comments about Israel supporters pushing “allegiance to a foreign country.”

It was clear that Omar felt she had no responsibility to answer a question about a controversy that was roiling House Democrats.

That same day, Democratic National Committee Chairman Tom Perez released a statement to the Washington Post that said, “Fox News will not serve as a media partner for the 2020 Democratic primary debates.”

Perez cited a New Yorker magazine article detailing incestuous ties between some Fox News biggies, notably Sean Hannity, and President Donald Trump as the impetus for his decision. But given that Democrats also barred Fox News from the party’s 2016 debate roster, Perez seemed to be trolling for an excuse.

Think for a moment about the cheekiness of Perez making this announcement to the Washington Post, a preferred media outlet. Whenever Trump gives interviews to Fox News anchors, the press corps duly notes that Trump is limiting his favors to a friendly crowd.

But when Democrats hand a scoop to the Post: crickets.

Does anyone believe the NewYorker will run a story about the kissing cousins dynamic between the Democratic Party and the Washington Post?

That simply isn’t done. By excluding Fox News from his party’s debates, Perez was simply working to maintain the status quo for the mainstream media. Conservatives need not apply.

The reason Perez excluded Fox News was to prevent the conservative outlet’s anchors from asking questions that are less likely to be asked by talking heads inside the liberal media bubble.

To Trump voters, they are not fearless professionals speaking truth to power, but a pack.

To Trump voters, Chris Wallace, Martha MacCallum, and Bret Baier are real journalists who ask questions that matter to them.

I could go through the list of tough questions asked by Fox News reporters such as Megyn Kelly, who so infuriated Trump during the first GOP debate of the 2016 primary when she asked him about some of his nasty words for women he doesn’t like.

In the New Yorker story, author Jane Mayer discredited that moment by reporting that anonymous sources “believe” that Roger Ailes, the late Fox News CEO, leaked the question to Trump ahead of the debate. If Ailes did so, that’s inexcusable.

The standard conservative riposte would be to invoke former CNN contributor Donna Brazile’s leaking of debate topics and questions to the Hillary Clinton campaign during the 2016 primary. She admits it, and it was inexcusable.

Let’s just say that every news network has produced massive screwups worthy of undying shame and get on with the real outrage over the DNC’s decision to ban Fox News from its roster.

It’s a bald and probably successful play designed to notify every journalist to stick with the pack mentality — because the Democratic National Committee gets to define good journalism.