by Scott McKay
By DisobeyArt/Shutterstock 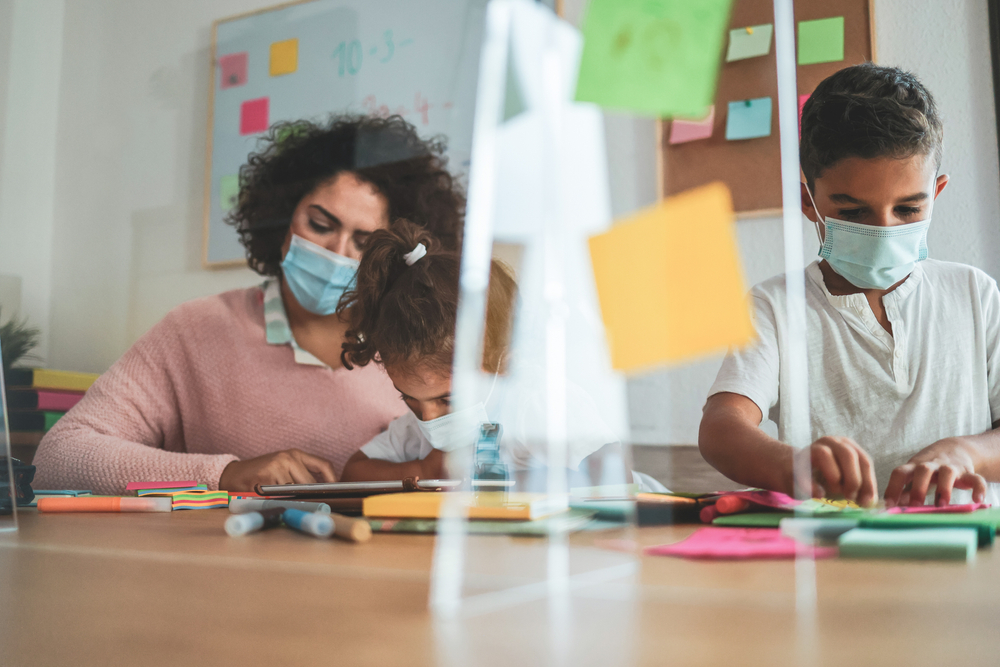 If you’ve been paying attention to some of the brighter lights in conservative media, you might have noticed an absolutely excellent point being made.

Tucker Carlson made it. At the Federalist, so did John Daniel Davidson. There have been others.

The point is this: the academic and institutional Left in America and elsewhere in the West spent a whole lot of time over the past two decades attempting to school the backward Afghans as to modern woke attitudes, and that greatly hurt the mission of supporting a non-terrorist government there.

At the end of the day, Afghanistan fell to the Taliban because, faced with a choice between 7th century barbarians and 21st century woke leftists, the Afghans chose the former.

If you scoff at that, then let’s remember that Kabul is a city of some five million people. A city of five million doesn’t fall to a few thousand Taliban if it doesn’t want to. It might go under siege, and the Taliban might have to starve it out, but those primitives in technicals would likely find themselves cut to pieces by the locals if there was true opposition to Taliban rule.

And there wasn’t. Why do you think that is?

Several conservative pundits and commentators have rightly recognized that pushing Third Wave intersectional feminism and other post-modern oddities on a population which is only half-literate and which embraces a fundamentalist Islam most Saudis are embarrassed by was unlikely to ultimately win the battle for hearts and minds.  But it seems like the best point for that argument has gotten left behind.

Remember, “Pride Month” was in June of this year. And someone at the State Department thought it was a good idea to have U.S. embassies around the world flying a rainbow flag from their flagpoles in celebration.

That included the embassy in Kabul.

By the end of June the Taliban were on the march. By the end of July they’d taken over most of the country and by halfway through August it was over.

Yes, abandoning Bagram Air Base was a bigger deal than the rainbow flag in demoralizing the Afghan army and government. Perhaps correlation and causation don’t match up here.

Or perhaps that rainbow flag was such a monumental insult, so much chum in the water, that it had an untold effect in making the Afghans ready to push America and “Western” influence out of their country once and for all.

I wouldn’t discount it.

It says a lot that for 20 years our government was happy to look the other way at the Afghans’ disgusting custom of pedophilia among tribal elders but engaged in activist proselytizing of our values in lots of other respects.

Our people don’t deserve the humiliation we’re getting. Our government? That’s another story.

As yesterday’s column discussed, our failing and flailing president is now attacking red-state governors like Greg Abbott and Ron DeSantis for putting a stop to morons on school boards who are trying to slap useless face masks on school kids. This is a monstrous policy which has zero backing in science.

But it’s worse than that. We’ve already seen that abnormal policies like this cause depression in kids. Now we’re seeing that it disrupts cognitive development as well.

COVID-19 has been debilitatingly boring for newborns, disturbing new research has found.

Scientists have discovered that the coronavirus pandemic significantly impacted the intelligence of children born during it: Living the entirety of their lives in lockdown has seriously stunted their cognitive development.

Researchers analyzed the cognitive performances of 672 children born in Rhode Island, 188 of them born well into the pandemic (after July 2020), 308 born before it (prior to January 2019) and 176 of them born during its beginning stage (between January 2019 and March 2020). They found that children born during the pandemic have pronouncedly lower IQs than those born before it.

“It’s not subtle by any stretch,” lead study author and Brown University associate professor of pediatric research Sean Deoni told the Guardian of the trend. “You don’t typically see things like that, outside of major cognitive disorders.”

Authors attribute the pattern to children being cognitively impaired from spending so much time inside with overwhelmed parents during the past year. While many adults have managed to tough it out, so much isolation at a critical juncture in the mental progress of infants has likely caused lasting damage.

If you think that mask mandates and other stupid COVID rules, particularly when kids are at just about zero risk from the virus, won’t affect kindergartners and first-graders along the same lines as this study shows, you are simply not paying attention.

The uproar and rejection from these moronic policies ought to be total. It ought to end public education in America (which is pretty close to institutional child abuse on a good day).

3. Lara Logan is an international treasure.

If you didn’t see it earlier this week, Carlson had a fantastic interview with the world-renowned investigative journalist Lara Logan on his video podcast. The segment ended with Carlson noting that the things she was saying just completely resonated as truth.

What did Logan say? She said it’s implausible beyond credulity to think that American intelligence agencies like the NSA, which records and analyzes practically every electronic communication on earth, wouldn’t have known exactly what the Taliban were doing and what their prospects were for taking over Afghanistan, and given the strange way things have collapsed there it’s quite clear they happened the way they did because somebody in a position of power wanted them that way.

That might have come off as a bizarre conspiracy theory before a couple of years ago. It certainly doesn’t anymore. A class of high school kids could have conceived of a better logistical train than the Biden administration did, in terms of not evacuating the military before the civilians and the equipment. And the excuse that “we didn’t realize the Afghan government would collapse this fast” doesn’t sell. No more than this central-casting hayseed with the ammonium-nitrate bomb threat in Washington sells; that guy was so perfect as a false flag it looked like a reboot of Wag the Dog.

Logan is right. This was somebody’s plan. The outcome is surely worse than they figured, but somebody wanted to inflict this humiliation on us. Everybody you talk to understands that. What makes Lara Logan such a treasure is she’s willing to say it out loud and be castigated for it by folks who have nothing even remotely close to the life experience she does.

4. Go read The Split, and maybe watch The Defeated.

A couple of recommendations to offer — one for a book, the other for a TV show.

Readers of this column know that I’ve been a booster of Kurt Schlichter’s Kelly Turnbull novels. They’re all set in a too-familiar America which has broken up into the United States, which essentially comprises the red states of the south and great plains, with the capital in Dallas, and the People’s Republic of North America, made up of the northeast, west coast and upper midwest.

The latest one is out, and I knocked it out in a night and a morning. It’s a quick read.

These things are essentially Vince Flynn books, but they’re also written as a somewhat humorous warning of what could happen if our decline and nonstop politicization of everything isn’t arrested. If you’re a regular reader of Schlichter’s Townhall column you’ll know he can be hilarious, and that comes through in the novels. But the subject matter is no joke.

The Split is actually the second book in the timeline, though it’s the sixth one Schlichter has written.

And on a somewhat related note is The Defeated, which just popped up on Netflix a couple of days ago. It’s a series set in 1946 Berlin, where a city absolutely destroyed by the mistakes of a deranged dictator attempts to revive itself under the tutelage of the victorious allies. There isn’t even a police department to speak of and crime is through the roof amid the rubble. Into that situation comes a New York police detective (Taylor Kitsch) sent by the State Department to help reconstitute a police precinct within the American sector. He’s also there for another reason: he’s trying to find his psychotic brother who went AWOL from the 45th Infantry after the liberation of the Dachau death camp.

I’m three episodes in and so far it’s pretty good.

By the way, there’s also Same Boat. Which is the Zac Brown Band’s new song.

5. Have you signed up for The Speakeasy yet?

It’s time for another of our periodic invitations to American Spectator readers to join us at The Speakeasy, which is a budding little social media community free from the censorship, stupidity and exploitation Facebook and Twitter are busily imposing on the public. Nobody has been censored yet at The Speakeasy, or banned for anything they’ve posted. And — shockingly, I know — the folks in the app are friendly and respectful as they talk about the issues of the day.

It isn’t just a political app, of course. There are two political channels in it — one for The American Spectator and another for The Hayride, which is my site. But there are a whole host of subject matter groups covering practically everything: sports, the outdoors, home improvement, stock trading, you name it.

The Speakeasy is free to join. Ultimately it’ll carry a nominal subscription fee, and when it does the revenue from it will be shared by the owners of channels on the app. We envision it as an ecosystem whereby content creators will be doing amazing things and getting directly rewarded for them, which is something nobody else seems to be trying in social media.

So check it out, tell your friends, and let’s grow this thing into a monster. It’ll be a fun ride and a place Big Tech isn’t able to screw up.