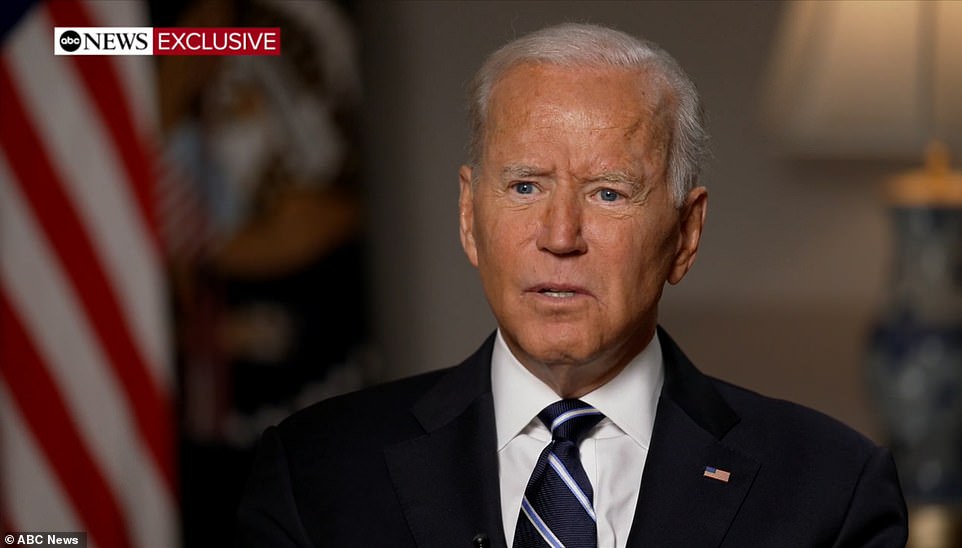 You already understand that. If you don’t, you might also be a moron.

Joe Biden has been a moron throughout his career in politics. He’s been a glib moron, but a moron nonetheless. He’s had the ability to articulate someone else’s words in order to present a facade of intelligence, and in American Democrat politics that will actually get someone quite far. Particularly when that someone is willing to do things others are not.

But what you need to understand about Joe Biden is that his lack of intelligence obscures his low character.

Joe Biden is an utterly dishonest man. He’s an unpatriotic, greedy, vain, venal, and vicious individual who has left a trail of destruction behind every step he’s taken.

And so when you view the carnage and national dishonor Joe Biden is responsible for in Afghanistan, understand that it isn’t just incompetence which is driving this derailed train.

You should recognize that Joe Biden was totally unperturbed in 1975 when South Vietnam fell to the communist thugs from Hanoi, something Joe Biden had expressly voted for in the United States Senate when he and his fellow Democrats cut off military aid to our allies and sold out American honor won at the Paris peace accords. And it got worse. Here’s a quote from Biden at the time: “I’m getting sick and tired of hearing about morality, our moral obligation … the US has no obligation to evacuate one, or 100,001, South Vietnamese.”

And in 2010, when Joe Biden was Barack Obama’s Vice President, then-Ambassador Richard Holbrooke warned of the likely humanitarian disaster if America had pulled out of Afghanistan. Biden’s response? “F–k that, we don’t have to worry about that. We did it in Vietnam, Nixon and Kissinger got away with it.”

That’s who Joe Biden is.

He doesn’t care about our friends. He doesn’t even care about our own people. The thoroughly abysmal interview he did with partisan Democrat operative George Stephanopoulos Wednesday proved that, and the increasingly obvious disdain for the 10,000 or so American civilians being left to their own devices as the Taliban commits atrocities on the streets of Kabul and other cities, and is now making threats about what happens to any Westerners not out of the country by the end of August, proves it as well.

Biden’s administration won’t comment on what happens to Americans who can’t get to the Kabul airport before Sept. 1. And the administration doesn’t seem to have a plan for how to get Americans not in Kabul out of the country.

It’s worse than Saigon. It’s worse than Tehran, or at least potentially it is. Joe Biden doesn’t even care about the victims of his incompetence. He sends underlings out to emote and blubber, but he’s oblivious. And it isn’t because he’s senile. He never cared. He didn’t even cancel his vacation when Afghanistan collapsed.

Joe Biden sold out American interests in Ukraine. He bragged about it. He sold out our interests to the Chinese. Nobody really disputes any of that, largely because Biden isn’t the only Washington swamp-rat who’s gotten in bed with the ChiComs.

And the collapse in Afghanistan, as world-changing as it is in its effect on American prestige and national security, has obscured something which, while smaller in scope, might be a more suspicious reversal.

We speak here of the utter fiasco in energy policy. Biden has presided over a doubling of gasoline prices since his inauguration due in chief measure to his assault on domestic oil production, and his response to this was what?

To beg OPEC to sell us more oil. When a year ago the United States was wholly independent from OPEC and was even exporting oil.

OPEC told Biden to go hang. He’d better get used to that, because he’s going to hear it a lot.

But that debacle showed just how dysfunctional and detached this man is. His policies put tens of thousands of productive Americans out of work, and when the bill for them came due he didn’t reverse those policies but instead rushed to Russia and Saudi Arabia for a bailout?

And this, after killing the Keystone XL pipeline and removing obstacles to Russia’s Nord Stream 2 pipeline.

Joe Biden is a creep, a sexual predator if Tara Reade and others are to be believed (and they are), a racist of long standing and a man devoid of any notion of ethics. He’s a shameless liar and, so far in his time as president, a lawless tyrant. He proved that with his patently unconstitutional ban on renter evictions, a continuation of a terrible policy of his predecessor’s which is measurably worse given that the Supreme Court expressly told Biden the eviction ban was out of bounds.

Biden is importing COVID patients from the Third World and transporting them mostly to red states, and he is then assailing those red states for their performance in fighting off the virus.

To watch his approval ratings hover near 50 percent during the past six months has been to lose faith in the American people and the standards we demand of our leaders. There are people out there who legitimately believed Biden is OK and Donald Trump was not because the latter was often vituperative on Twitter.

Well, the one thing about failure is that sooner or later you can’t hide from it anymore. And seven months in, Joe Biden has no place to hide.

The media, as Matt Keener noted yesterday, has begun to turn on him. Oh, they’ll still prop him up here and there, but the Afghanistan debacle has opened a lot of legacy corporate newsroom eyes to the fact the ship is taking on water. And the Democrats in Congress are beginning to lose heart. Yes, AOC and some of the others on the Left are now screeching loudly about how the Afghan refugees can’t be left behind and ought to be relocated to a town near you. But that isn’t exactly standing by their man.

And it sounds like the Biden and Kamala Harris camps are in open warfare. There was a report yesterday which would have explained why Harris, who has hovered like a masked vulture behind Biden at nearly every one of his press statements, was strangely absent during his drive-by Afghanistan blame-cast Monday. According to the report, when Harris was requested to stand near Biden she refused, exclaiming “you will not pin this s**t on me.”

Back in April Kamala Harris boasted about her key role in engineering the catastrophic pullout from Afghanistan. She’s now quite apparently stepping away from Biden and licking her lips as his presidency burns.

Fourteen Republican members of Congress have now requested the president undergo an examination based on the Montreal Cognitive Assessment. That call is only going to get louder as time goes on and the S.S. Biden’s stern end rises above the water.

And the public has begun to recognize the sinking of the ship at long last. The weekly Reuters/Ipsos presidential approval survey had Biden at 53 percent a week ago, a maddening number. Now he’s down to 46, a seven-point drop. YouGov has Biden’s approval rating down to 44 percent, and he’s underwater by a 36-47 count on public confidence in his ability to handle an international crisis.

Worse for him, a Rasmussen survey asking whether Biden or Trump would be the preference in a hypothetical snap election came back catastrophic for Biden…

Stunning new poll numbers from Rasmussen Reports suggest nearly 1 in 10 Democrats regret their vote in the 2020 Presidential election, with 12 percent of ‘Moderates’ saying the same, and 14 percent of Black Americans expressing regret.

It’s all going to hell for him, like we knew it would.

And in the face of all this, what did Biden do Wednesday?

He pivoted to COVID. He’s now demanding that all staffers in nursing homes be vaccinated or else he’s suspending Medicare and Medicaid funds to those facilities. And he’s attacking red-state governors for fighting the abject institutional child abuse of mask mandates for schoolchildren.

This is what’s so dangerous. The vortex Biden’s sinking ship is going to create will only grow, and it’s going to take some hard swimming to avoid getting sucked in. The worse things get for him the more authoritarian he’s going to be.

It’s going to get ugly around here. Joe Biden got where he is because he’s willing to do things others are not. And now he’s unbound by any sense of rationality.

He has to be checked. States will have to do it, and the American people, through civil disobedience and other forms of peaceful resistance, will have to pitch in as well.

Or else what’s happening in Afghanistan will come home to us in ways which are more than just outrageous to see on television.