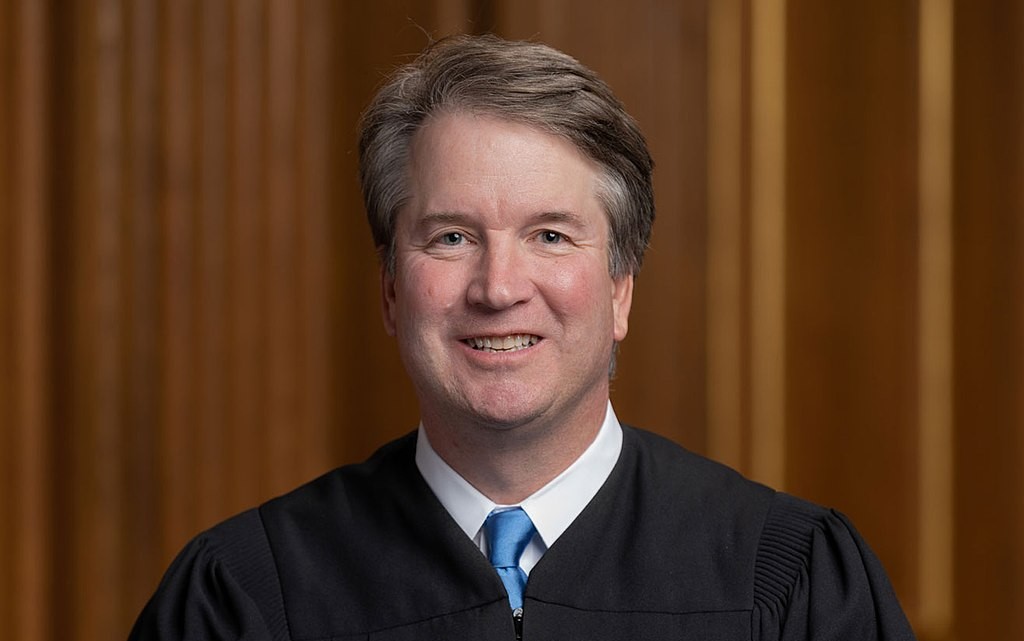 This column doesn’t do a whole lot of gloating over its past prognostications coming true, for a couple of reasons.

One being that most of them are derived from common sense, and so our readers often see affirmations of belief rather than shocking enlightenment from them.

The other being that if you tout the stuff you get right, they’re going to work extra hard to find stuff you get wrong. And on occasion, I’ll miss one or two. That they didn’t let Mike Bloomberg buy the Democrat nomination in 2020, for example, and went with this Walking Dead character who finagled his way into the White House without an actual campaign, was something that surprised the hell out of me.

Of course, the Democrats of today are zealots and not as transactional as they used to be, so you have to buy them with power rather than money. Lesson learned there.

But these? These I got right and I’m taking credit for them even though they’re painful.

1. Killing Brett Kavanaugh, or Trying to

Who’s surprised at the news this week that a leftist psychopath from California was caught plotting to assassinate Supreme Court Justice Brett Kavanaugh?

At this point, you can’t even count on the pro-abortion crazies not to kill one of the conservative justices — because the way they see it, rubbing out one of them would take the Dobbs majority from five to four, amounting to a strategic coup which the rest of us wouldn’t think wise but they do. Especially given the rewards the Left reaped from the George Floyd riots.

Because they aren’t going to peel off Alito or Clarence Thomas, or for that matter, Neil Gorsuch, Brett Kavanaugh, or Amy Coney Barrett, from that majority through intimidation.

The only responsible thing to do if you’re John Roberts in the current circumstances is to flip the pressure valve and publish the Dobbs decision.

Once that’s done, there is no further direct motivation for the kind of insanity we’re seeing. Generalized political violence and riots, sure — that motivation is that it’s an election year and rioting worked in 2020, after all.

But even the dumbest people on the Left know that looting and burning again this year is a dicey political gamble.

That decision needs to be published. Now. That Roberts hasn’t made it happen, more than a week after the leak, is just plain irresponsible. I don’t care if the dissents haven’t been written — it’s the side of the dissenters causing this urgency. Especially if it turns out to be Sotomayor’s clerk who leaked this thing.

And if it continues, and something awful happens, it’ll be cause for Roberts’ impeachment. It’s just that simple.

As I’m writing this, it’s now June 9. That column was published May 9. The Dobbs decision still isn’t published and now there’s an arrest on a specific threat of assassination of a Supreme Court justice for the precise eventuality I was talking about.

If I was Brett Kavanaugh, I’d be throwing John Roberts against a wall in the hallway of the court building and telling him to do his damn job before one of these loons manages to break through and kill one of us.

This admonition has appeared in several columns, this being the first…

This is what’s so dangerous. The vortex Biden’s sinking ship is going to create will only grow, and it’s going to take some hard swimming to avoid getting sucked in. The worse things get for him the more authoritarian he’s going to be.

It’s going to get ugly around here. Joe Biden got where he is because he’s willing to do things others are not. And now he’s unbound by any sense of rationality.

He has to be checked. States will have to do it, and the American people, through civil disobedience and other forms of peaceful resistance, will have to pitch in as well.

Or else what’s happening in Afghanistan will come home to us in ways that are more than just outrageous to see on television.

That was 10 months ago, and the vortex has only deepened, widened, and spun more quickly.

Joe Biden is now below 40 percent in the RealClearPolitics polling average. As David Catron noted yesterday, some 83 percent of the American public is now panning the state of our economy — and Biden is the recognized cause.

Which should surprise nobody. As David noted, who could have dreamed there would be a baby formula shortage?

And the inflation which is crushing American families is only the beginning of our economic troubles, most of which were born out of destructive mistakes made during the Obama administration that Biden was the No. 2 man in.

And what do we get from that? We get this…

Jimmy Kimmel on Republicans: “It’s like you’re playing Monopoly with somebody who won’t pass ‘Go’ and won’t follow any of the rules … How do you ever make any progress?”

President Biden: “We gotta send them to jail.”pic.twitter.com/c1MH1eWtY3

Imagine what the response would have been had Donald Trump blurted out the idea of jailing his political opponents. He mentioned Hillary Clinton going to jail for specific crimes involving the flagrant breaking of federal law with respect to her email server, and the political class wet its collective pants.

Instead, we get trained seals in Jimmy Kimmel’s audience applauding this wannabe Pol Pot.

How’s this going to end well?

Of course, the specific demand for imprisonment was the subject of another entry in this space. We’ll take you back to April 3…

The New York Times, by the way, busily reports Joe Biden wants to prosecute Donald Trump while that’s news. It doesn’t wait 20 months to break that story, as it did on the real president-with-legal-issues story afoot in America now.

The same Big Tech troglodytes who conspired to “fortify” the 2020 election with street money in Detroit and Philadelphia and Atlanta were also at work “fortifying” Biden against the Hunter Biden laptop revelations, which are now inescapable given that America’s Crackhead and the country’s most famous deadbeat dad likely faces indictment from a federal grand jury on a whole raft of possible charges emanating from what was on the laptop he abandoned in a Delaware computer repair shop.

Were it not for the natural inclination to believe Hunter Biden is far too connected to serve any jail time, and the objective certainty that Joe Biden would pardon his son and other family members for any illegal dealings that ultimately benefited the Big Guy, one would see the trajectory of the laptop investigation as a constitutional crisis and potential impeachment in the making.

It’s been known for months that Biden fantasizes about jailing Trump and that’s what he was talking about when, half-baked on whatever amphetamines he was given in advance of that softball Kimmel interview, he let forth that broadside.

Meanwhile, he’s busily barking demands to make criminals out of anybody who’d buy an AR-15 rifle, while similarly remaining quiet about the fact that among the many crimes his son has committed is a flagrant violation of federal gun laws. Hunter lied when he said he didn’t have a drug problem on his firearms application, and the Big Guy hasn’t a word to say about that.

I could decry Biden’s authoritarian tendencies, but why bother? He’s an addlepated, demented old man who doesn’t even know what he’s saying most of the time. Plus, you folks already know this.

I ran across this Thursday morning and thought I’d throw it in as a palate cleanser after gloating over the success of my doom-and-gloom prognostications. It’s a lost-and-found story about a damn good dog.

It’s nice to at least have one good story, right?

5. The Revivalist Manifesto Cometh! And You Can Pre-Order It Right Now!

We’ve got a publication date for my new book, The Revivalist Manifesto, and that’s June 21. Pre-order your copy right here!

Regular readers of this column know the basic gist of the revivalist argument, which is that there isn’t much point anymore in calling yourself a conservative if you’re on the Right. What out of the current status quo are you conserving? Most of what we hold to is gone or going away, and the real project now is reviving that in American culture, politics, economics, and life, which we know will work to the exclusion of this woke poison with which we’re currently afflicted.

The Revivalist Manifesto talks about that shift. It frames the battle ahead as not being so much a fight to save America, though it is that, but a fight over who will dominate this next era of American politics and history which is about to begin. It’ll either be the AOC/woke socialist Left that Biden simps for at the beck and call of his handlers, which those public opinion polls tell us Americans absolutely do not want, or it’ll be the revivalists who want to bring back the America we love.

The book discusses how to win that fight, how to break from the limitations of the past several decades in which the Right was the submissive partner in the politics of the New Deal/Post-War era which is ending, and what a revivalist America could look like.

Believe me, the regime will not like this book. Which is why readers of this column most certainly will enjoy the hell out of it.

Hit the link and get your copy ready to ship on June 21. You won’t regret it!