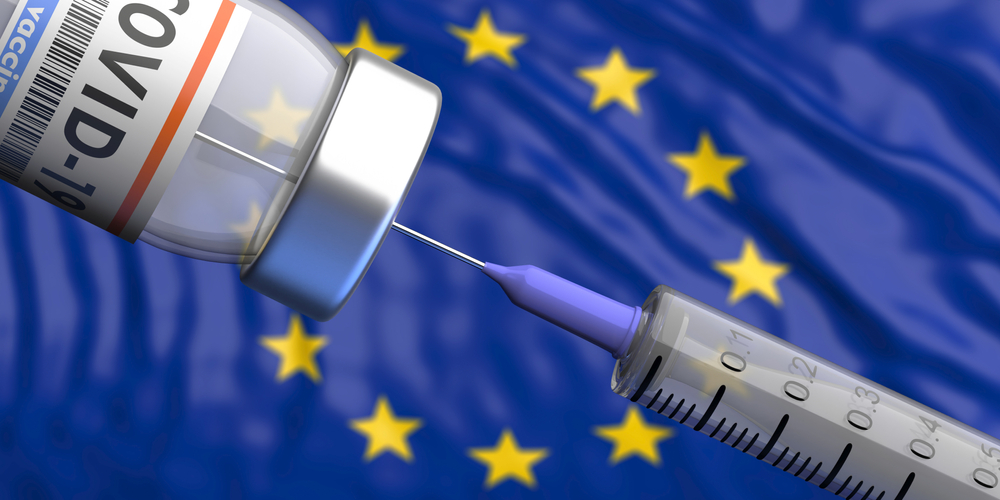 Millions of Europeans are furious about the appalling way in which their governments, and the European Commission — the European Union’s (EU) budgeting and management agency — have been handling the COVID-19 vaccination process. Promised doses of the approved vaccines have not materialized, and the small number acquired to date have been chaotically administered at an exasperatingly slow pace.

By comparison, the United States’ vaccine rollout has been a picture of efficiency.

As the Biden administration moves ahead with plans to “go big” on COVID “relief” and other items on its agenda, let this be a lesson for Americans about the dangers of putting too much authority — and too much trust — in the hands of bureaucracies and politicians. The Biden administration probably can coast to victory against the pandemic; part of the hard work has been done. But other issues — the $1.9 trillion relief package, the war against fossil fuels, the push to strengthen unions and advance collective bargaining, and the championing of the federal bureaucracy — should concern Americans.

By ceding their power and authority to the EU on COVID vaccines, the nations of Europe now find themselves hostage to a distant bureaucracy. Washington has much to learn from what has happened across the pond.

While the United Arab Emirates has vaccinated half its population as of this writing, Israel more than 40 percent, the United Kingdom almost 20 percent, and the United States just under 13 percent, less than 3 percent have received the much-awaited jabs in Germany, France, Spain, and Italy.

The first problem has to do with bureaucratic centralization. Europe decided that the European Commission would purchase the vaccines for all 27 EU countries. The idea was to avoid the social and political tensions that would stem from predictable differences in the speed and efficiency with which various countries would handle vaccine acquisitions. The second problem stemmed from the idea that the European Commission would have stronger bargaining power than individual countries with the pharmaceutical companies.

So, in the name of solidarity, the European pachyderm plotted its course, and as a result it has been moving at a much slower pace than many other parts of the world — including, embarrassingly, the United Kingdom, which dropped out of the EU in January 2020 and is now enjoying a post-Brexit propaganda boost from the EU’s bungled vaccine response.

To date, Europe has purchased 600 million vaccine doses from Pfizer/BioNTech, 160 million from Moderna, and 400 million from AstraZeneca — probably enough vaccine to administer the required number of shots to every citizen of the EU. The problem, however, is that the European Commission didn’t sign its first purchase contract with Pfizer until mid-November 2020 and its second until January of this year, whereas the U.S. and the UK signed their contracts last July. It’s much the same with Moderna: The EU placed its purchase order at the end of November, while the U.S. made its purchase three months earlier.

That’s why, given production capacity, the United States and the United Kingdom already have received millions more vaccines than the EU countries, with most of Europe’s supply not expected to be available until the second half of this year.

Why was Europe so slow? To judge by what European leaders and opinion-makers were saying in mid-2020, the slow-moving EU bureaucracy, while a factor, does not tell the whole story. The other reason has to do with Europe’s apparent disgust at the idea that the pharmaceutical companies might be making money — “profit” being a dirty word in certain European circles — out of the COVID-19 vaccines.

The European Commission’s objective from the beginning was to pay as little money as possible for the vaccines rather than to protect the population against the virus as quickly as possible. The reason was purely ideological, since the last thing one associates with the EU is the notion of austerity, with combined government debt exceeding 85 percent of GDP at the end of the second quarter of 2020, according to official EU statistics.

Since then, the EU has approved a new seven-year (2021–27) budget of more than 1 trillion euros and a COVID-related recovery package of €750 billion, which means that the EU alone will be spending the equivalent of more than 2 trillion U.S. dollars in the coming years. This is apart from the €4.2 trillion that the European Central Bank has created out of thin air in the last five years.

The precious months that the European Commission lost in deciding whether to buy the vaccines and how much it was ethical to pay for them have cost and will continue to cost thousands of lives in Europe and bring further harm to the economy.

In the end, the European Commission was able to save a little money in the price of the vaccines it purchased — a tiny amount as a percentage of its seven-year budget. But the economic and human costs of its slow-footed haggling will far exceed what was saved.

Europe has been hit by a wave of nationalist populism in recent years as millions of citizens have questioned the need for the cumbersome EU bureaucracy — and even EU membership. The vaccine fiasco will fuel their discontents.

Alvaro Vargas Llosa is a Senior Fellow at the Independent Institute, Oakland, California. His latest book is Global Crossings: Immigration, Civilization and America.