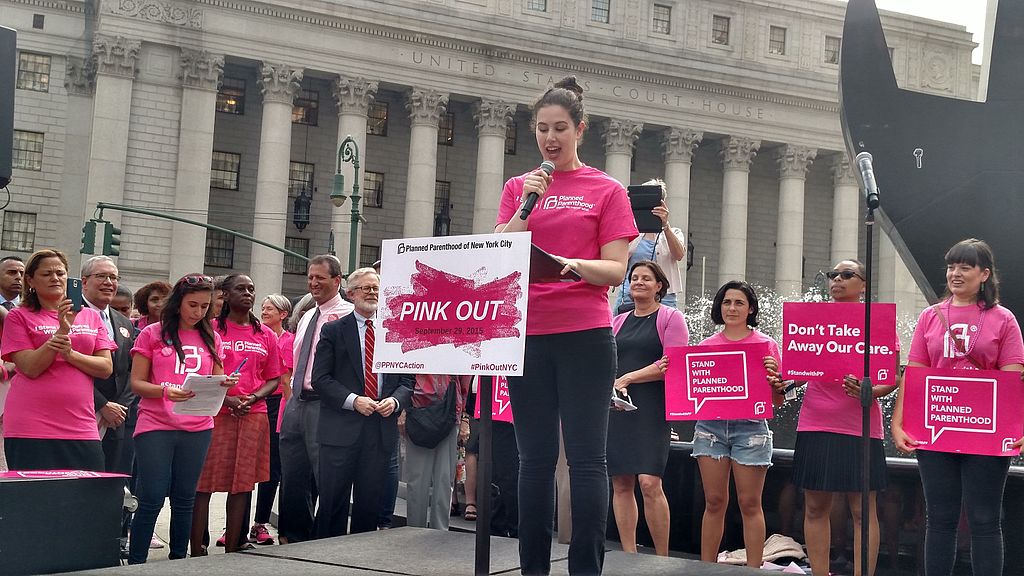 I saw them again a few weeks ago, the first time in a while. My wife and I were driving by. They stood outside the Planned Parenthood clinic in Pittsburgh. “Look,” I said to my wife, “those are the so-called ‘escorts.’ They lead young women into the abortion clinic. Look at their smiles as they do their job.”

The “escorts” work outside abortion clinics. Their duty is to ensure that every pregnant mom who approaches the door doesn’t get deterred or change her mind, especially by pro-life sidewalk counselors banished to the perimeters of the clinic. They strive to guarantee that every potential customer with cash or credit leaves with an abortion under her belt. The end-result is, obviously, the death of the unborn child.

All in the name of a woman’s “right to choose,” of course.

If an 18-year-old college girl is struggling with second thoughts about terminating her unborn baby, the escorts take her by the hand and the arm and lead her inside. They are there to aid and abet what Hillary Clinton likes to call “safe, legal, and rare” abortions.

The first time I heard about the escorts was back in February 2005. I remember the date because I immediately sat down to write about them, composing a column I never published. It was too depressing. I was told about them by one of my students at Grove City College, Megan, who was also our babysitter and has become almost a member of our family. She did sidewalk counseling outside the Planned Parenthood clinic in Pittsburgh. Her goal was to offer hope to women entering and leaving. For those seeking to enter, she suggested alternatives, handing them material on how a worried pregnant mother can provide for her child later or give up the child through adoption. For those who leave, Megan knows what these women are not told by the “pro-choice” lobby: they are about to face years of anguish. Megan also has literature for that awful part of the process.

Megan was joined each Saturday by a handful of students from Grove City College and another handful from Franciscan University, located in nearby Steubenville, Ohio. The two sides were a beacon of inter-faith cooperation: devout pro-life Protestants and Catholics working together to advance a culture of life and to try to reverse the culture of death.

Megan and her Grove City allies — mostly women — were happy to be joined by the Steubenville crew of mostly guys. The Franciscan guys, led by a student named Gabriel, provided a reassuring physical presence, especially the 6’9″ fellow who stood aside them. That’s important because the pro-life girls often received threats.

Every week typically, these pro-life laborers would get at least one save. One week, they got an especially valuable save: A married couple, with two children at home, arrived together to abort the would-be baby brother or sister of their two children. The Franciscan guys convinced the couple that they could indeed afford this child. The guys have since thrown birthday parties for the child and remained in touch with the family.

That’s good news — a positive outcome. But most stories from the abortion clinic are not so sunny. And one of the ugliest things is something that I had theretofore never imagined: the escorts. The abortion escorts.

There on the scene to counter Megan and friends was a regular group of college-aged women near the entrance of the abortion clinic. Typically Planned Parenthood volunteers from nearby colleges, they are there to grab approaching women as quickly as possible, before the pro-lifers can talk to them. Whereas the Grove City and Steubenville kids are there to stop abortions, the escorts are there to advance abortions.

That alone is appalling enough. However, what truly shocked Megan and friends each week was the behavior of the escorts. They were belligerent, angry, vitriolic, even hateful to the pro-lifers. They insulted and ridiculed in the worst language. They shouted, screamed, hissed. Megan told me of one occasion that I have never forgotten about: An escort grinned ruefully at the pro-lifers as she wrapped an arm around another approaching victim, led her into the clinic, sneered directly at Megan, and yelled derisively at the praying (literally) pro-lifers, “Here comes another baby for Jesus!”

When that ex-mom came out of the clinic a couple hours later, she looked like she had been hit by a bus on Liberty Avenue. And the truth was that her trauma had just begun. She would physically heal, perhaps, assuming that permanent damage wasn’t done to her reproductive system, but emotionally, spiritually, she was now on a path of decades of nightmares.

It’s crucial to understand that it isn’t the job of the escorts to take that girl home and help her heal. No, their work is finished. That’s the duty taken up by the pro-lifers. There are many pro-life ministries focused on assisting post-abortive women to recover, such as Rachel’s Vineyard, Silent No More, and the ministry of Alveda King, the niece of Martin Luther King Jr., to name merely a few.

Of course, the escorts and their Planned Parenthood supporters will angrily insist that they are “pro-choice” and not “pro-abortion.” And yet, their specific goal, their primary purpose, is to enable and ensure that these women have abortions. They are not there to dissuade. They are there for abortion. Moreover, the law is on their side. The pro-lifers cannot be escorts of life because the law banishes them to the perimeter of the clinic. The law supports death escorts, not life escorts.

In the time since I first learned about these escorts from Megan back in February 2005, I’ve now seen them myself — in Pittsburgh, in Washington, in other cities. I’ve seen males serving as well as — men committed to helping young girls abort their babies. When I happened upon a group of them about five years ago outside a Planned Parenthood clinic in Washington, D.C., I felt a sickening presence. You can feel the darkness, even as they grin as they do their craft. If you ask them, I’m sure they would insist they’re doing good, not evil. That’s the worst part.

Today is the annual March for Life in Washington, D.C. Thousands of pro-lifers, many of them women in their 60s and 70s still reeling from abortions decades ago, will walk on behalf of the 60 million unborn children annihilated in the name of “choice.” In that grim culture of death, there have been many handmaidens and many escorts.