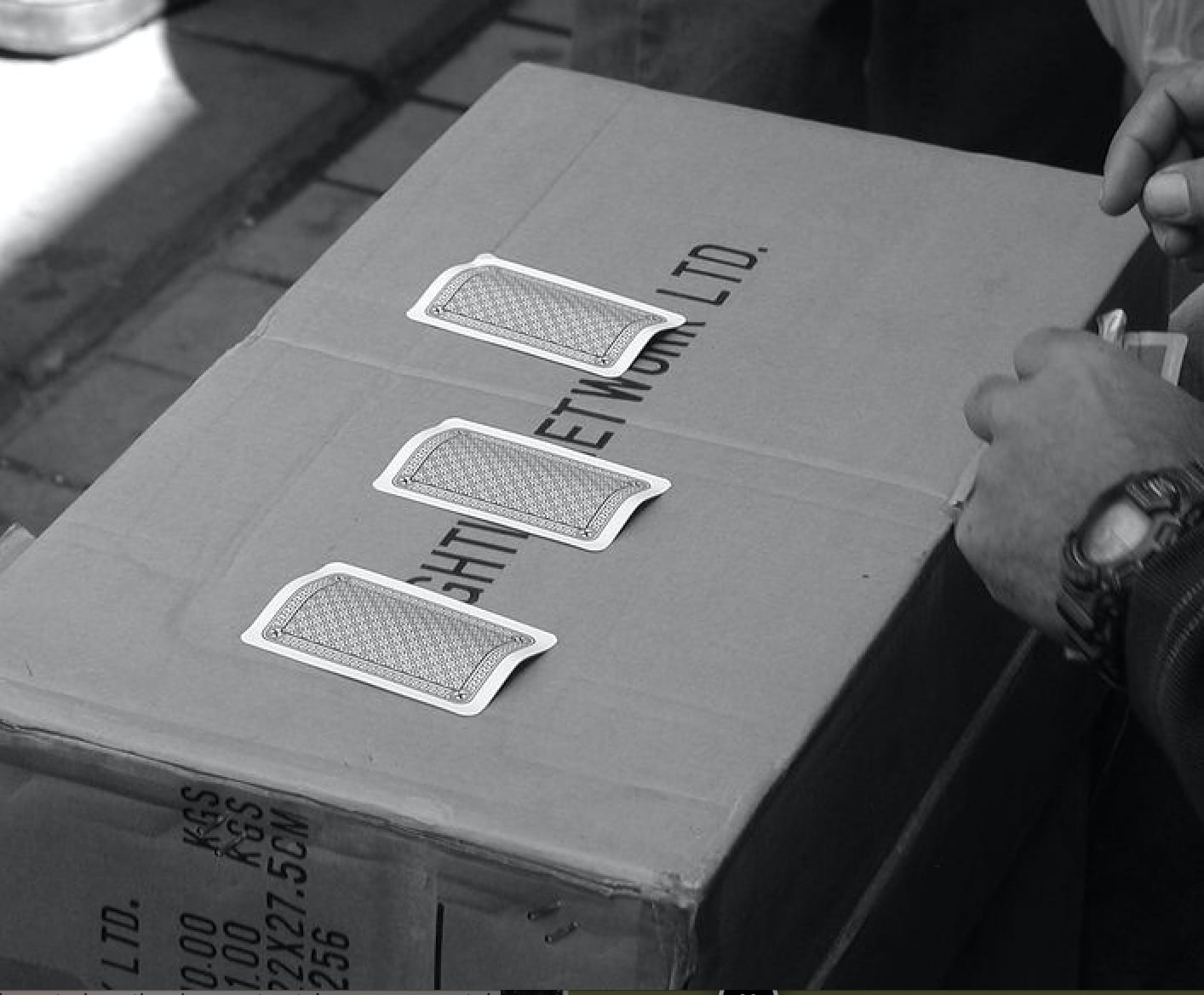 A nation riveted. Did Florida elect DeSantis their new Governor, or the anti-Semitic crook with the Hamilton tickets and the Tallahassee corruption scandal? Did Florida elect one of its finest-ever Governors, now term-limited, to the United States Senate, or did they go again for the mummy? And for those with Georgia on their minds, did Stacey Abrams finally figure out that 49 percent is less than 50 percent, or is she still working on the new math?

Well, it seems for Republicans focused on those that all’s well that ends well. DeSantis is Florida Governor after an election and a machine recount. Rick Scott is United States Senator after an election, a machine recount, a manual recount, a partridge and a pear tree. Brian Kemp is Georgia Governor after withstanding Oprah Winfrey, Barack Obama, and the challenges of running against a sore loser who also cannot count. So Georgia and Florida remain red enough for now, given the porous southern border and the Democrats’ brilliant decades-long strategy of importing millions of new voters who will vote for the candidates who promise them welfare, food stamps, free medical care, free education, and all things free. It’s hard for Illegals to kneel at “The Star Spangled Banner” when that anthem gets to the words about “The Land of the Free.”

Now that the southeast has held for the GOP, here is what you missed with the Democrats’ sleight of hand. Do you remember three-card monte, that wonderful street card game with two black cards and a red card, where a huckster has your eyes focused on “the red card,” and you find that you are so good at following the red card that you never are wrong in knowing where it is. So you give the guy ten bucks in front of eight other people crowded around, all of whom keep guessing wrong and losing money. And — sonovogun — that bet is the first time you ever get it wrong! You pick the wrong card, lose the ten bucks, and can’t figure out what you missed. Next thing you know, one of the people yells “Here come the cops!” and the crook hastily packs up his cardboard table, the eight bystanders (actually his pre-arranged confederates) scatter to the winds like Manhattan roaches reacting to someone turning on the kitchen light in the middle of the night, and you have been bamboozled out of a Hamilton.

While your eyes were riveted on the electoral red card — the cheating in Florida and Georgia — the street hucksters pulled a fast one on all of youze and swiped a bunch of House seats, from right under your noses, on the other coast. Honest, admit it: you never saw it, did you? They had you so focused on Brenda Snipes — is she still not in jail? — that you lost track of the other cards. The eight confederates — MSNBC, CNN, NBC, ABC, CBS, PBS, New York Times, and Washington Post — were as focused as you were on Florida and Georgia. And you never saw what happened in California in broad daylight.

So here is what happened. All these Republicans Congressional candidates in Orange County and in other parts of the People’s Democratic Republic of California (PDRC) came out of election night as winners. Two-term representative Mimi Walters in the 45th Congressional District. Young Kim, an appealing newcomer to Congress of Korean-American heritage. Others. And then, each day, as more and more provisional and other ballots kept emerging in the California count, the Republican leads dwindled. But you had your eyes on the red card — the red states of Florida and Georgia.

All the election lawyers flew to the red states. The media. The focus. Rick Scott was ahead by a gazillion votes, then fifty thousand-ish, then thirty thousand-ish, then fifteen-thousand-ish, until he finally called in the cavalry and filed a federal lawsuit. Suddenly, with judges in the game, his and DeSantis’s leads stopped dwindling, and Americans learned to our bemusement that Brenda Snipes still is not in jail. We became eagle-eye focused on Broward County, Palm Beach County, the craziness next door in peach country. And meanwhile more Congressional ballots kept showing up in the Golden State each day, getting counted in the PDRC.

Every day the Republican leads dwindled in the PDRC — and no one was watching. Whence did all these ballots keep coming? Any irregularities? Any non-matching signatures? People asked those questions all day every day in Florida and in Georgia, but no one asked about the strange turn of events in the PDRC. Just more and more Democrat ballots showing up a day after the voting, two days after, three days after. There is a special concern here. The PDRC — as in all other People’s Democratic Republics — essentially has one political party. Really. The election for United States Senate was between two Democrats — no Republican on the ballot. So you could get another round of Dianne Feinstein (which indeed we now are getting) or an even more radical-left Kevin Leon, who changed his name to De León to garner more Latino and other Hispanic votes. That likewise is how we got Kamala, who came to political fame as Willie Brown’s consort and eventually got to run for United States Senate against another Democrat — no Republican in that race either. For Governor, the choice to replace the termed-out Jerry Brown was between Gavin Newsom — and, oh boy, are the rest of you now in for a treat! — or a guy named John Cox, whom we voted for because he apparently is some kind of Republican of some sort, and — well, just the novelty of it! He was creamed, and we already are anticipatorily missing dear old Governor Moonbeam. With Jerry Brown all we had to deal with was a ban on plastic bags, a ban on plastic straws, and the expenditure of $77 billion for a high-speed train not only (i) to nowhere but also (ii) from nowhere — and, given how much of its track has yet to be laid, ultimately destined (iii) to go nowhere. It is so edifying to spend other people’s money. Brown was born in 1938, and every boy in that generation — there were only two genders then, one called “girls” and the other called “boys” — dreamt of owning his own set of Lionel Trains. In a state famous for all its “Dreamers,” he got to live the ultimate boys’ dream, getting to build his own train set with nearly a hundred billion dollars of real money and with real tracks and flashing signals. All aboard, suckers! Choo-choo!

So the PDRC is a one-party state. Democrats hold all the statewide offices, and Republicans do not even make it onto the ballot to oppose. So, uh, gee — do you think the election counting here is more sacrosanct than it is when Democrats count ballots elsewhere, like in Mayor Daley’s Chicago, Landslide Lyndon’s Texas, Dennis Roberts’s Rhode Island, Christine Gregoire’s Washington, Al Franken’s Minnesota, the Alaska that stole it from Ted Stevens, or Brenda Snipes’s Broward County?

It is the height of brazenness to watch Democrats press for a $10-20 million two-year Mueller probe of whether Putin stole an American election while right here, in the land of the free and the home of the knaves, one election after another is pilfered right under our noses. It comes down to Occam’s razor: when you want to solve a complicated problem, quite often the simplest approach to a solution and the simplest answer is the right one. Thus, honestly, ask yourself:

People voted for Trump because they wanted The Wall (Build the Wall!) or they hated Hillary (Lock Her Up!) or they hate everyone in D.C. (Drain the Swamp!) or they liked The Apprentice or his hairstyle or they wanted to see more of Melania and Ivanka or they were sick of Obama, and they could not bear another Bush (Jeb!). But who in the world have you ever met who voted for Trump based on some Facebook targeted advertising by a Russian firm? Honestly. Occam’s razor — smooth the first time, smooth every time. The Russians could not even catch the Moose and Squirrel for two decades, and they convinced you how to vote?

But meanwhile in the PDRC something very horrible happened the past several days, as a bunch of serious and excellent Republican Congressional candidates who emerged victoriously on Election night somehow got robbed over the next several days. They were Sniped, and they were swiped. It is here — on the other coast — where a bunch of strange things happened, overseen by the one-party Democrat statewide election apparatus. Look, fair is fair. No one questions that Nancy Pelosi won her seat among the billionaires she represents in San Francisco or that Maxine Waters fairly won her seat among the electorate that could not deserve a more fitting reflection of their own aspirations and understandings. No one questions that Adam Schiff won his fairly. But, while lots of you were focusing on the Florida-Georgia red card, you lost track of the three-card monte they were pulling right under your noses on the other coast. And all House seats count equally.

In many ways, for many of us out here this might have been the last straw. But they had already confiscated that one from us several months ago.