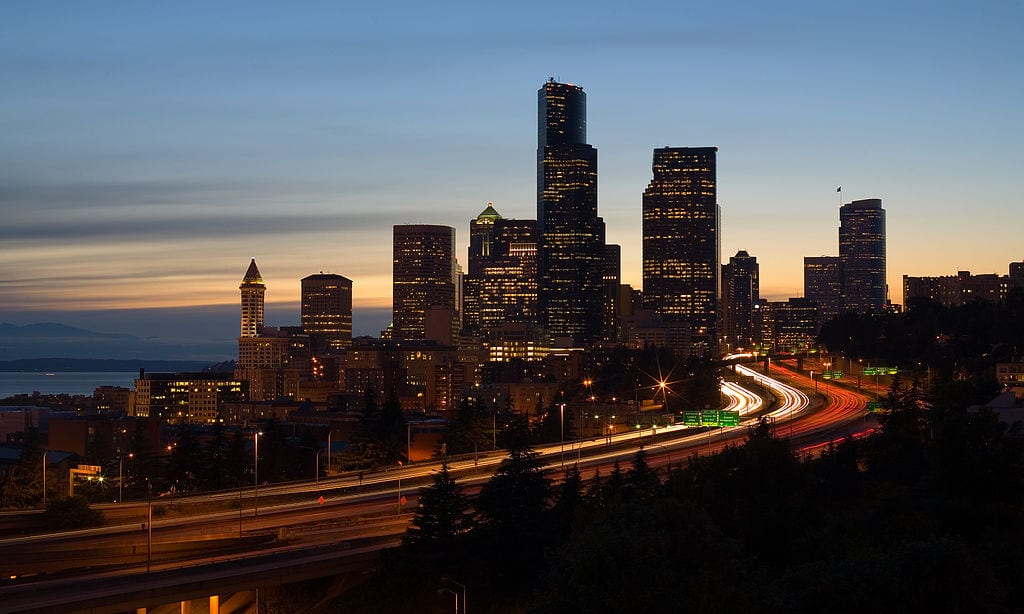 In fact, the best environmental solutions are coming from entrepreneurs and individuals using the power of the markets to do more with less. In the same way Uber changed taxi services, smartphones give us the opportunity to reduce our environmental impact in a way that transfers power from bureaucracies to people.

Smartphones allow us to harness personal freedom and innovation to be good stewards of the environment, giving us access to information to use resources like energy and water more efficiently.

Homeowners, looking to save water and money, can install a new product called Buoy that connects to the water main. Using artificial intelligence, users can see when and how much water is being used on their smartphone.

Upset by drought in California, Buoy’s inventor Keri Waters wanted to find ways to save water. Admitting that showers are “one of the pleasures of my day,” she looked for ways to help people reduce the ten percent of water lost to leaks. Buoy can identify leaks and send a message to your phone in under a minute. When Buoy senses a huge break, it allows users to shut the water off right from their phone. Catastrophic leaks affect about two percent of homes each year, typically costing $10,000 in repairs.

Buoy is just one example of how smartphone environmentalism empowers people to do what politicians cannot.

A device called Sense sends my home’s electricity data to my phone. The data led me to replace my kitchen lights with LEDs. My Nest thermostat uses artificial intelligence to reduce my heating bill.

Smartphone technology does more than provide information to save energy and water. In a fundamental way, it is changing how we address environmental concerns.

Smartphones dramatically reduce what Nobel Prize winning economist Ronald Coase called “transaction costs.” Collaboration among many people can be difficult and costly. In 1972, when the EPA was created, this was the case, making government solutions a reasonable choice.

Nearly fifty years later, however, people can organize in a way that was not possible then. As the cost of coordination declines, there are new opportunities to replace regulation with approaches that emerge organically.

Earlier this year, I was a mentor to app developers participating in the Fishackathon, where programmers worked to address difficult fisheries problems using mobile devices. Some teams developed an app to help fishers find the best market when they returned to shore, ensuring they didn’t waste any fish and earned a good living. Using sales data from different cities, the app aggregated the information for fishers.

Market prices send a signal about resource scarcity and where those resources can be used most efficiently. Smartphones make it easier to harness the value of those market signals.

Smartphones also aggregate the choices of many individuals to share resources. In Seattle, Car2Go allows people to rent two-seat Smart cars by the hour, using their smartphone to unlock and pay for the vehicle. The system is so effective the City of Seattle estimates there are 9,000 fewer cars in the city. Other companies see the business opportunity. BMW launched ReachNow which includes their all-electric i3. Not only is the system more flexible for consumers, it reduces air pollution.

The ability of smartphones to reduce the cost of information and coordination may be most obvious where the government institutions are obviously failing.

Paso Pacifico, an organization dedicated to protecting endangered sea turtles in Nicaragua, developed a fake turtle egg that allows smartphones to track poachers. “We have this crazy power in our pockets, but we really haven’t used that for conservation,” says Felipe D’Amoed, the Director of Conservation Technology at Paso Pacifico. Nicaraguan soldiers carrying AK-47s patrol the beaches where turtles lay their eggs. Poachers, however, know how to evade enforcement. Smartphones work where AK-47s fail. You can even fund one of the eggs from your smartphone by contributing to Paso Pacifico online.

In the United States, Cornell University teamed up with The Nature Conservancy (TNC) to use millions of data points from the app eBird, which birdwatchers use to track their sightings. The information from the app allowed them to find the best habitat in California for migratory birds. TNC used the data to pay rice farmers to create habitat and flood their fields for migratory birds.

Smartphone environmentalism holds the promise to change the model of how we protect the environment. Policymakers are only beginning to see the opportunity.

Todd Myers is environmental director at the Washington Policy Center in Seattle.