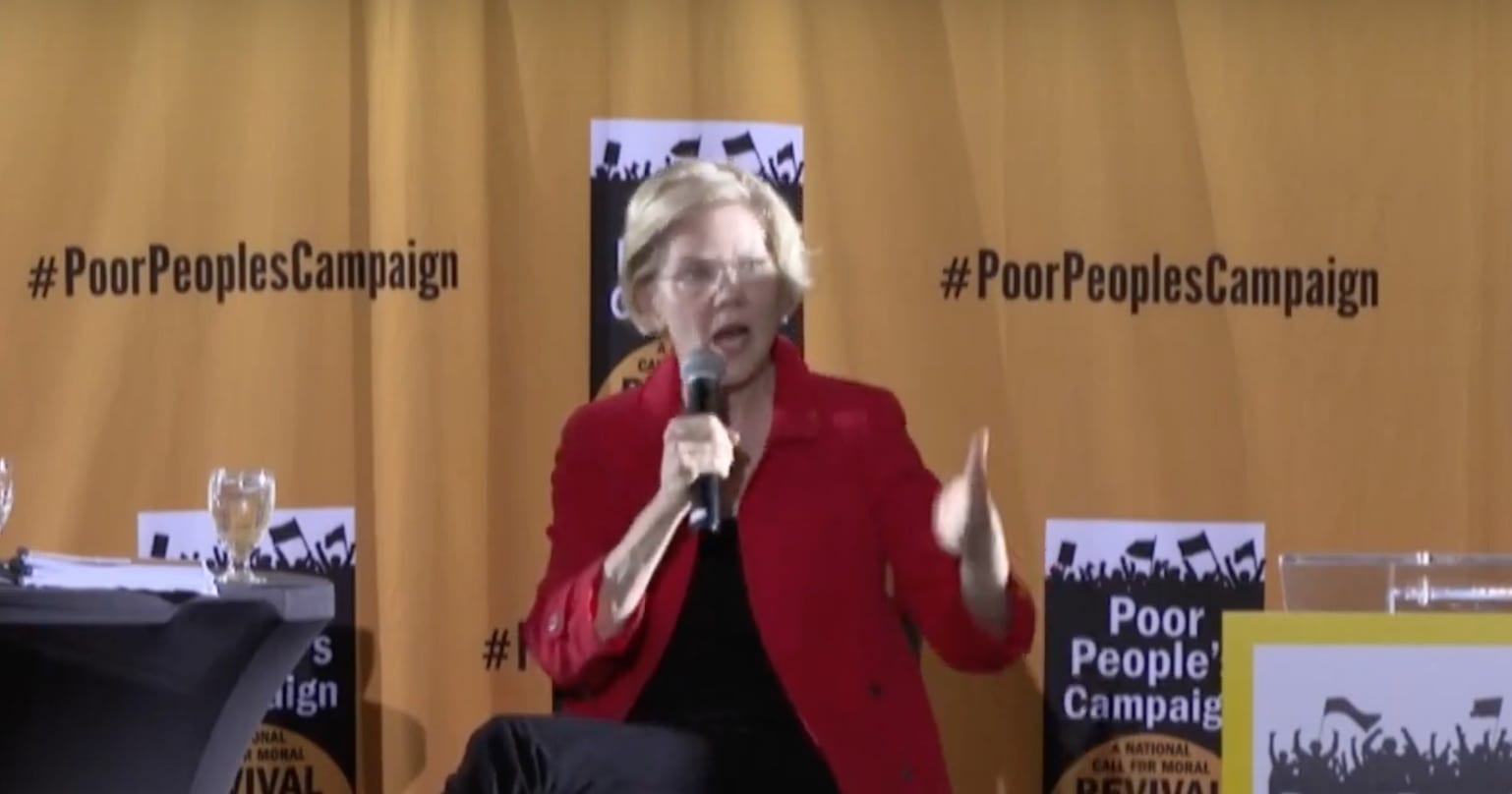 Nine Democratic presidential hopefuls, including front-runners Joe Biden, Bernie Sanders, and Liz Warren, flocked to the Poor People’s Moral Action Congress on Monday, each trying to out-pander their rivals and promise the most government handouts.

It was an alarming spectacle for anyone who works for a living. These Democratic candidates don’t believe jobs are the way to end poverty. For them, “work” is a four-letter word. Their approach is to take money from working stiffs and give it to slackers.

Don’t be fooled by the name “Moral Action Congress.” There’s nothing moral about forcing hard-working people to support indolence.

One in every five American households already lives entirely or mostly off government benefits. A shocking three-quarters of able-bodied food stamp recipients with no children to care for still don’t work, even part time.

President Trump is trying to change that, with new requirements that healthy adults who don’t have to care for family either look for a job, or go to school. In short, get off the couch. Democrats call it “cruel.”

Monday’s poverty extravaganza was led by agitators claiming to be disciples of Rev. Martin Luther King Jr. They’re distorting King’s message. The organizers demand that Uncle Sam guarantee everyone an annual income, free college, free healthcare for all, and a “decent house to live in.” They claim these are “rights.” So does Sanders. But people who work for a living know better. These aren’t rights government owes you. These are things you earn yourself.

Forum organizer Rev. William Barber rails that nearly half the nation — 140 million people— are mired in poverty and suffering. That’s a blatant lie, though none of the candidates set the record straight.

Truth is, 40 million people — about 12% of the population — earn less than the federal poverty line, which is currently $12,490 for a single person and $25,750 for a family of four. But almost no one actually lives on that. All but 3% collect welfare payments that lift them out of poverty. They depend on government, instead of themselves.

Our booming economy is a chance to turn that around and help the poor escape dependence. Employers are dropping requirements like college and prior experience to hire more people. Jobs aren’t scarce. Workers are.

Stunningly, no one at the poverty event talked about jobs. When a homeless woman from Washington State asked Kamala Harris for help, Harris proposed expanding subsidies for renters. All the candidates came with a long list of freebies. Biden promised “total health care” for everyone. Warren upped the ante, pledging free childcare for all, free pre-school, free college, and student debt forgiveness.

When King declared, “free at last,” that’s not what he had in mind.

Far from promoting work, the Dems running for president don’t hesitate to throw millions of Americans out of work. The Dems’ major policy proposals, Medicare for All, the Green New Deal, rejoining the Paris Climate Accord, open borders for illegals, and tax hikes on corporations, are all job killers.

Medicare for All would cause 2.5 million people — mostly hospital workers and medical administrators — to lose their jobs.

The Green New Deal scheme to reduce carbon emissions threatens the jobs of millions of workers in mining, drilling, refining, the auto industry, and trucking. Bernie Sanders, who says there can be no middle ground on carbon emissions, claims he’s leading a “movement of working people.” The AFL-CIO isn’t fooled. They see it’s a disaster for working people. The union leaders warned, “We will not stand by and allow threats to our members’ jobs and their families’ standard of living.”

With open borders, illegal immigrants are driving down wages for low-skilled American workers, according to Harvard economist George Borjas. No wonder polls show three-quarters of voters in the battleground states oppose illegal immigration and support enforcing E-verify to prevent illegals from taking jobs.

In his final Sunday sermon in 1968, King explained that a person who “doesn’t have a job” has “neither life nor liberty.” Message to the 2020 candidates: jobs, not handouts, are the remedy for poverty.