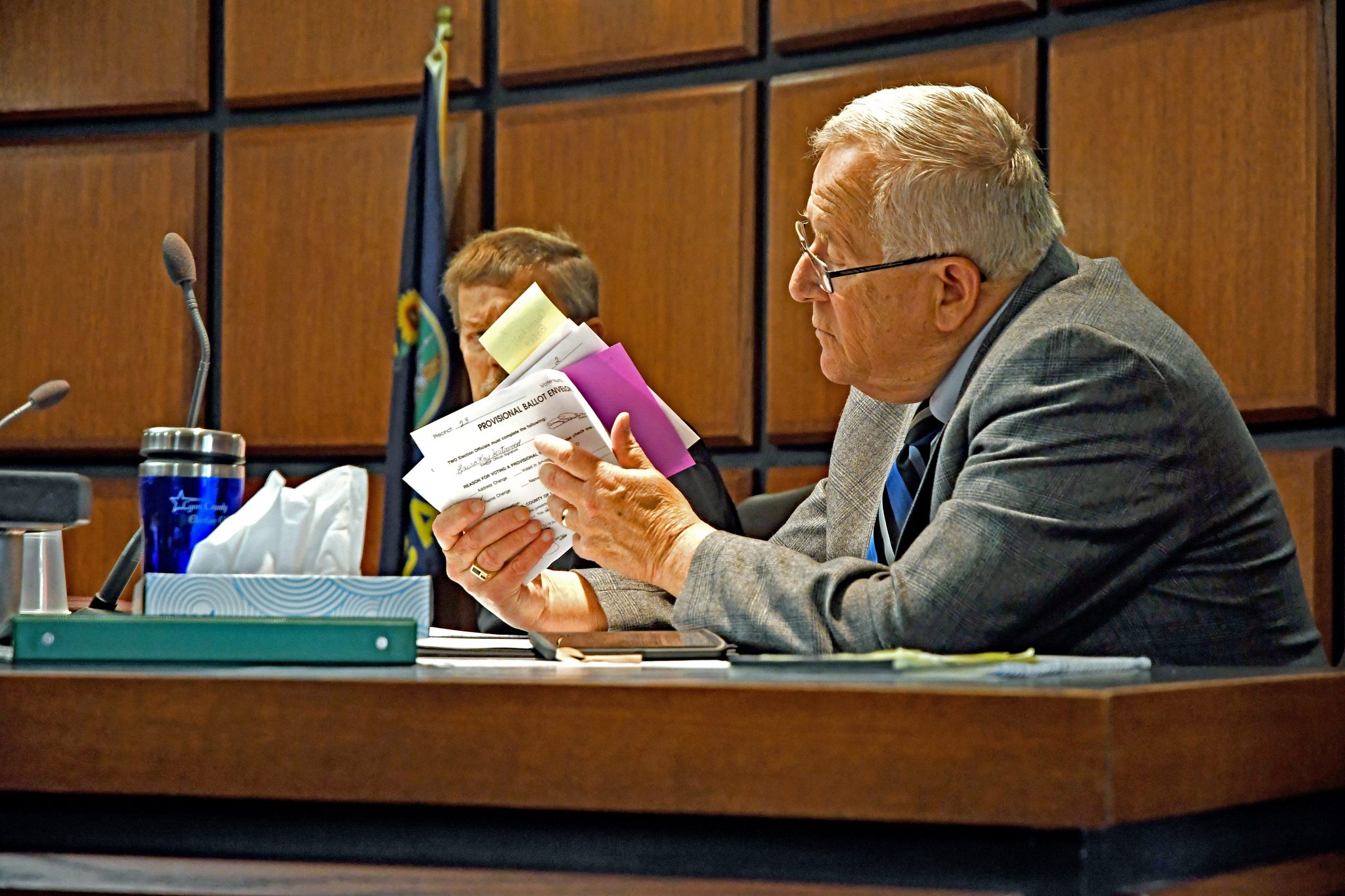 There’s big news breaking here in Pennsylvania, and most of the national media seems to be unaware. It’s the matter of Pennsylvania’s crucial (but heretofore largely ignored) provisional ballots, which could be decisive in pushing Donald Trump back into the lead in the state, or at least triggering a statewide recount.

Before considering those details, I want to respond to the many inquiries I’ve received from readers wondering how it’s possible that Joe Biden could have pulled into the lead in Pennsylvania. It’s an excellent question, and they’re right to be dubious of what has transpired.

Yes, Joe Biden has somehow surpassed Donald Trump in Pennsylvania, but don’t blame voters in Pittsburgh, nor maybe even voters in Philadelphia. Frankly, it’s hard to figure whom to blame. It’s somewhat baffling. Of those mail-in ballots that started to be counted on Wednesday, and that allowed Joe Biden an astonishing comeback after being down to Donald Trump by a massive (and seemingly insurmountable) margin of roughly a half million votes, Biden would have needed probably at least 80 percent. That was my own estimate, which I wrote about here on Thursday. Trump campaign manager Bill Stepien estimated on Wednesday afternoon that Biden would have to get 78 percent of outstanding votes to win Pennsylvania. He noted (as I did) that while there were outstanding votes in Biden counties like Philadelphia and Montgomery, there were also many votes left in York, Butler, and various Trump counties. Stepien thus confidently asserted, “We are declaring a victory in Pennsylvania.” So did Donald Trump, and understandably so.

Personally, I do not see how Joe Biden could have gotten that 80 percent, even as mail-in ballots have in fact been significantly favorable to Biden throughout the country. Consider this striking number: Biden was actually barely getting 80 percent in Philadelphia County. Indeed, Trump still has almost 20 percent of the Philadelphia County votes (that’s surprisingly good, I thought he’d be lucky to get 10 percent). He also has nearly 40 percent of Allegheny County (Pittsburgh’s county) votes. Many of the other mail-in counties remaining were Republican-Trump counties, including my own (Mercer County, where Trump has 62 percent of the vote) and counties like Beaver (huge fracking area, 58 percent for Trump) and even large GOP counties like York (likewise 62 percent for Trump). (Click here for the county breakdown.)

And yet, as we’ve watched the overall Pennsylvania vote flip to Biden over the last 72 hours, it’s as if Donald Trump hasn’t gotten even a few hundred thousand new votes, whereas Biden’s total soars by the millions. I think Joe Biden would have been lucky to get 60 to 70 percent of all the remaining mail-in ballots. I find it almost inconceivable that he got 80 percent.

Donald Trump is right to be suspicious, and to at least demand double-checking, given not just Philadelphia’s ugly history of political corruption, and his suspicion of the general susceptibility for mail-in-ballot fraud, but given the implausibility of what has happened in Pennsylvania. The Trump campaign was absolutely justified in believing it had Pennsylvania in the bag (see my column on that). What has somehow transpired since late Tuesday night does not seem plausible.

A provisional ballot might include, for instance, a person registered to vote at one precinct but who voted at a different precinct and thus had had to fill out a provisional ballot. That’s just one of a variety of examples. (Click the website for more criteria and details.)

Pennsylvania election officials have just now (this Saturday morning) started to count these ballots. The process works like this: There are groups/boards of three individuals who examine each ballot. Each candidate on the ballot is allowed a representative at this “hearing.” The board looks at each ballot, reads the ballot number aloud, and examines the precinct and the reason that the person voted provisional. At that point, a candidate’s representative can object whether the ballot should or should not be counted. That ballot is set aside and is evaluated further.

One source involved in these evaluations tells me that most of the ballots will likely be accepted.

Most notably, these ballots should skew to Donald Trump. As I write, Trump is winning the provisional ballots 1,394 to 439, or by a margin of over three to one. If that margin continues, Trump could overtake Biden’s current lead in Pennsylvania. And if those ballots aren’t quite enough to put Trump back in front, they could draw him close enough to trigger an automatic recount for the entire state (a mere margin of 0.5 percent triggers an automatic recount). (The major media is not reporting on this, with exceptions such as the AP and MSNBC).

In other words, this ain’t over. And it’s why Donald Trump is absolutely right to not concede anything and to double-check everything. All of the votes in Pennsylvania have not been counted.

Anyone who demands that Donald Trump suddenly concede the state of Pennsylvania now that Joe Biden has finally barely passed him is ignorant of the fact that there remains this crucial cache of provisional ballots. Trump supporters endured the process of watching the mail-in ballots being counted (i.e., Biden’s strength); now Biden supporters need to wait out the process of provisional ballots being counted (i.e., Trump’s strength).

Finally, here’s an even bigger question that I can’t answer beyond the Commonwealth of Pennsylvania. Which other crucial battleground states have provisional ballots yet to be counted? Do they exist in Arizona, Georgia, Nevada, North Carolina, or in Michigan and Wisconsin? Is this being considered? Is the Trump campaign aware of it?

These provisional ballots state by state will favor Trump because they are mainly Election Day ballots, and Trump won most of these states’ votes on Election Day.

In a presidential race this razor-thin, these provisional ballots could be a game-changer not just in Pennsylvania.

The media has no authority to decide who wins the presidential election. That’s a decision reserved to and to be certified by each state’s board of elections based strictly on a final vote tally. And that has not yet been determined.