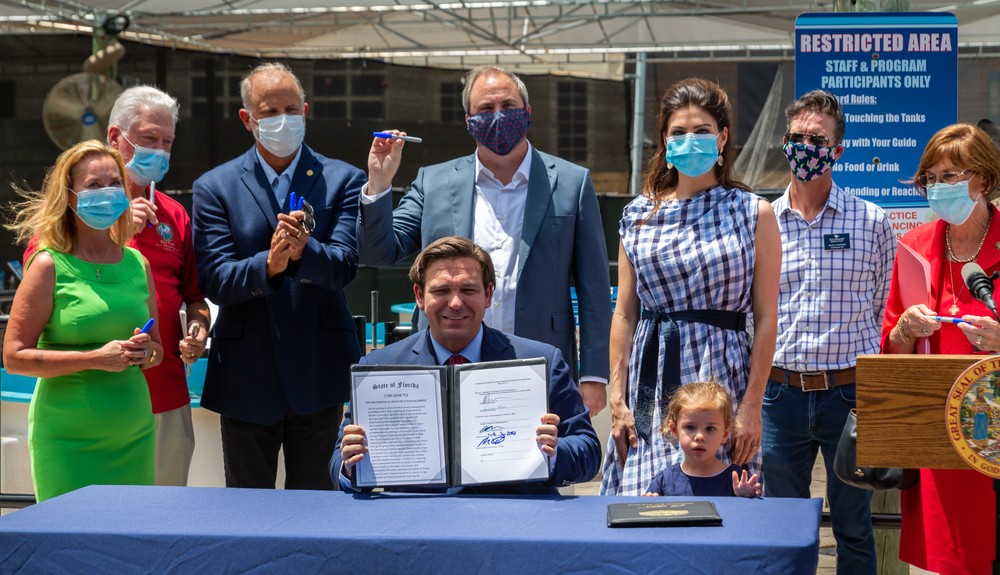 Conservatives are gathering this weekend for the Conservative Political Action Committee’s (CPAC) annual séance in Orlando. Unlike its Peach State neighbor to the north, Florida appears to remain safely red. At least for the moment. CPAC attendees should feel more comfortable here than they would have in their old Maryland home.

In formerly red Georgia, Democrats on Nov. 3 swept the top three offices — president and two U.S. Senate seats — while Florida was giving Donald Trump a 3.3 percent win and 29 electoral votes, in spite of the fact that Democrats spent more than $100 million to defeat him here. Conservative candidates did well across the Sunshine State. In 2022, two state-wide Republican officials, Gov. Ron DeSantis and two-term Sen. Marco Rubio, both solid conservatives, must go before voters. Of course there are at least a thousand political lifetimes between now and Nov. 8, 2022, but they both look solid now.

Floridians’ livelihoods have been preserved as well as their health protected.

Bilingual Rubio is very popular in his home county of Miami-Dade and with Hispanics across the state. And when a Republican candidate is strong with Hispanic voters, it’s bad news for Democrats hoping to challenge. No Democrat so far has pledged to take on the mission, which could amount to taking one for the team. Rubio’s political strength is not the only deterrent to Democrat hopefuls. There’s also the daunting cost of running a state-wide campaign in Florida, which has 22.4 million residents and 10 media markets. The price tag for an all-Florida campaign starts at six figures.

There are a number of Democrats making noise about challenging DeSantis, which is a bit of a puzzlement as all indications are DeSantis is even more popular than Rubio. A recent Florida Chamber of Commerce poll put DeSantis’s approval rating with likely voters at 58 percent, with only 13 percent saying they disapprove of how he’s doing his job. Another 29 percent had no opinion.

The candidate most likely to get in this race is Florida Commissioner of Agriculture and Consumer Affairs Nikki Fried, the only Democrat holding state-wide office in Florida. Since assuming office in 2019, Fried has consistently criticized DeSantis for what she calls “lack of leadership” and what she alleges to be, contrary to considerable evidence, poor performance in protecting Floridians against COVID (without, of course, saying how she would have done it). Democrats can say all day and night, supported by their media echo chamber, that DeSantis is botching the vaccine rollout. But the poll numbers above demonstrate that voters know better. So far nearly three million Floridians have been vaccinated, including more than two million seniors (my wife and I included), a demographic that DeSantis has put at the front of the vaccination line as those are the most vulnerable to the bug.

As for how well DeSantis has dealt with COVID generally, Florida has better stats on rate of infections and hospitalizations and deaths from the bug than blue states, including Paradiso California and the People’s Republic of New York. Sadly, more than 30,000 Floridians have died from COVID, and for these families, these deaths are not just stats. But in New York, with a smaller population, more than 46,000 have died. And Florida, contrary to so many blue states, has remained mostly open for business. So Floridians’ livelihoods have been preserved as well as their health better protected.

Advantage DeSantis, who is not only in a strong position for reelection as Florida’s governor but is also being increasingly considered as part of the presidential mix in 2024.

The Democrat field might even include a name that would seem to be more of an answer to a question in the Florida History edition of Trivial Pursuit than a viable candidate. Charlie Crist, former Florida governor, former Florida attorney general, former Florida education commissioner, former state senator, now a member of the U.S. House representing St. Petersburg, has sent up a trial balloon. But this balloon will almost certainly quickly find its way back to Earth. Crist, who holds the unenviable distinction of being the only candidate in Florida history to lose state-wide elections as a Republican, as an independent, and as a Democrat, is old political news, and not just because he would be 66 on Election Day 2022 and has been an egregious job-hopper and opportunist. The growing list of possible Democrat candidates is heavily female, some of these non-white and all of them younger than Charlie. In the party slavishly devoted to identity politics, which is about 30 percent black and nearly 60 percent female, Charlie is the old white guy. He would have a hill to climb, even without his checkered past.

So Florida conservatives and Republicans (not perfectly overlapping categories), including those gathering at the Orlando pep rally, can take some comfort in the way things stand in Florida just now. But Florida remains a swing state, so warnings against overconfidence are in order. Political winds can change directions without notice. But for now, CPAC attendees, who will hear from both DeSantis and Trump this weekend, can feel like they’re on friendly ground.