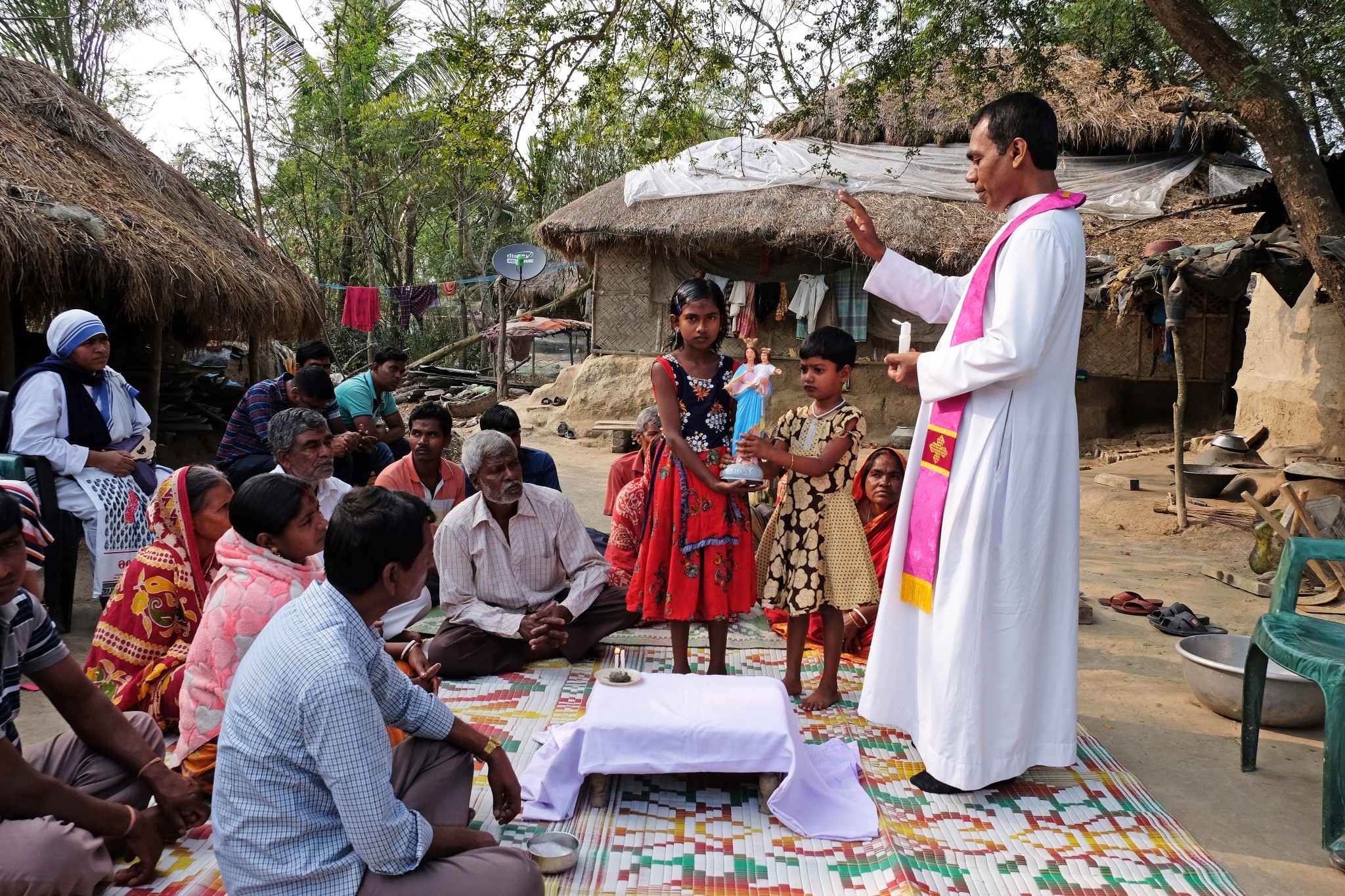 Religious persecution is on the rise. In much of the world, believing in something other than politics, or believing in the wrong something, leads to discrimination and ostracism at best and prison and death at worst. A recent report by the Pew Research Center has detailed how COVID restrictions became another weapon to attack people of faith.

The intensity of hostility toward certain beliefs is high and increasing in some smaller states. For instance, the annual World Watch list, which is published by the organization Open Doors, puts Afghanistan and North Korea in the top two persecutorial positions. Following close behind are Somalia, Libya, Yemen, and Eritrea. All are certified hellholes where minority faiths — always Jews, usually Christians, and sometimes most everyone else — face sustained abuse. (READ MORE by Doug Bandow: Religious Liberty Suffers in a World Filled With Persecution)

However, the greater threat to religious liberty comes from the fact that of the world’s 10 most populous countries, only three do not systematically persecute or enable private violence: China, India, Indonesia, Pakistan, Nigeria, Bangladesh, and Russia are critical reasons why the majority of humankind is unable to freely worship and otherwise live out their faith.

This was the reality before COVID, of course. The No. 1 perpetrator of persecution is Islamic regimes. Indeed, Muslim governments often persecute Muslim minorities, that is, Shiites or Sunnis, depending on the country, Sufis, and others. The No. 2 transgressor is authoritarian and especially communist or former communist states. North Korea and China are among the world’s worst.

However, COVID’s shutdown fervor that circled the world had a deleterious impact on religious liberty even in nominally free societies. There is no doubt that in many cases that impact was unintended. However, even then there was often official indifference over that result. And COVID restrictions often established new tools for restricting people, including religious believers.

In the main, these were not gentle measures urging people to stay home. Rather, COVID controls greatly expanded governments’ coercive capabilities. The Pew Research Center reported that “Authorities in nearly a quarter of all the countries and territories studied (46 out of 198, or 23%) used physical means, such as arrests and prison sentences, to enforce coronavirus-related restrictions on worship services and other religious gatherings.”

Detentions were most common, but they were not alone. Pew cited “arrests and detentions; physical assaults; damage, confiscation or raiding of private property; displacements of people from their homes; or killings.” Not included in this category was enforcement with fines, which could impose a special hardship on those of only moderate income. Unfortunately, the U.S. was among the countries that sometimes arrested recalcitrant believers. Israel illustrated a particularly creative use of coercion: “police targeted Jewish communities deemed to be at the epicenter of outbreaks, deploying security forces in ultra-Orthodox neighborhoods, breaking up gatherings at synagogues and sending helicopters to hover low over crowds.”

In India, two Christians died after they were beaten in police custody for violating COVID-19 curfews in the state of Tamil Nadu. In Indonesia, authorities killed six members of a banned organization called the Islamic Defenders Fund (FPI) – a group they were shadowing partly because its leader failed to appear for a summons on a charge that he had violated COVID-19 protocols. … And in Yemen, Houthi rebels … used the pandemic as an excuse to expel thousands of Ethiopian migrants, many of whom were Christians, according to the U.S. State Department. Dozens reportedly were killed during the expulsions.

In some countries, governments blamed religious groups for COVID infections. This was not a harmless attack. Pew observed that “In some cases, religious groups were explicitly accused of having caused outbreaks, which the groups’ leaders said resulted in stigmatization, scapegoating or profiling.” Examples include Shia Hazaras in Pakistan, Muslims in India, and Hutterites in Canada. In the United Kingdom, “antisemitic conspiracy theories spread online, claiming that Jews were in control of the global lockdowns and were using the pandemic to ‘steal everything.’”

Although such forceful interventions were the most abusive, they were not the only form of mistreatment. Pew also noted unfair discrimination: “Religious groups filed lawsuits or spoke out against the public health measures in 54 of the 198 countries (27%). A common complaint was that some churches, mosques, synagogues and other houses of worship were treated unequally – either by comparison with secular gathering places, like shops and restaurants, or by comparison with other religious groups.”

Sometimes repression and discrimination united. Pew cited Burma/Myanmar, “a Buddhist-majority country, [where] leaders of religious minority groups complained that pandemic-related health measures were enforced much more harshly against Muslims and Christians than against Buddhists. For example, 12 Muslim men received prison sentences of three months for holding a religious gathering in a house in Chanmyathazi Township. In a separate case, a Christian pastor was sentenced to three months in prison for holding a prayer session. In contrast, none of the 200 attendees at a Buddhist monk’s funeral were arrested; the organizers were fined instead.”

Governments’ mistreatment of believers was not because most religious leaders were irresponsible and ignored the pandemic’s dangers. Instead, many advocated taking steps to slow the advancement of COVID. Pew explained: “In an even larger number of countries (94, or 47%), religious leaders or groups promoted public health measures to slow the spread of the coronavirus by encouraging followers to worship at home, observe social distancing or take other precautions, such as hand-washing and mask-wearing.”

Indeed, state-church cooperation was common. After all, religious leaders wanted their followers to be safe. Pew reported: “News articles and other information sources identified 55 countries (28%) where government officials and religious groups collaborated on efforts to stem the pandemic.”

However, people of faith would oppose officials who abused their authority and discriminated against religious groups. Resistance was widespread, according to Pew, which noted that “In 69 countries and territories (35%), one or more religious groups defied public health rules related to the COVID-19 pandemic.” In some cases, the same faith communities simultaneously worked with and against governments: “In some countries, different religious groups both defied and promoted lockdowns or other public health restrictions.”

Unfortunately, such controls did not exist in a vacuum. The overall political and social environment already was hostile toward religious believers. Detailed Pew: “57 countries (29%) had at least “high” levels of government restrictions in both 2019 and 2020 – a peak number for the study. But the number of countries with “high” or “very high” levels of social hostilities dropped from 43 countries (22%) in 2019 to 40 countries (20%) in 2020, staying well below the peak of 65 countries (33%) reached in 2012.” The new COVID restrictions were used in several nations otherwise not noted for hostility toward religion.

As the pandemic has ebbed, so has the use of special anti-COVID measures. However, the pandemic set another precedent and created another excuse for curbing not just religious worship but all aspects of religious life. Which means it is even more important for religious people, and others who believe in a free society, to be ready to resist similar measures rolled out in the future in alleged response to the latest crisis du jour. Protecting society should not become the justification for destroying a free society.

Religious liberty is important even for nonbelievers. After all, the right to believe includes the right not to believe. Moreover, a government that refuses to respect the right of conscience is not going to protect political liberty. With politicians always looking for an opportunity to put their power before the public interest, “eternal vigilance” truly is the price of freedom.

Doug Bandow is a Senior Fellow at the Cato Institute. A former Special Assistant to President Ronald Reagan, he is author of Beyond Good Intentions: A Biblical View of Politics and The Politics of Envy: Statism as Theology.