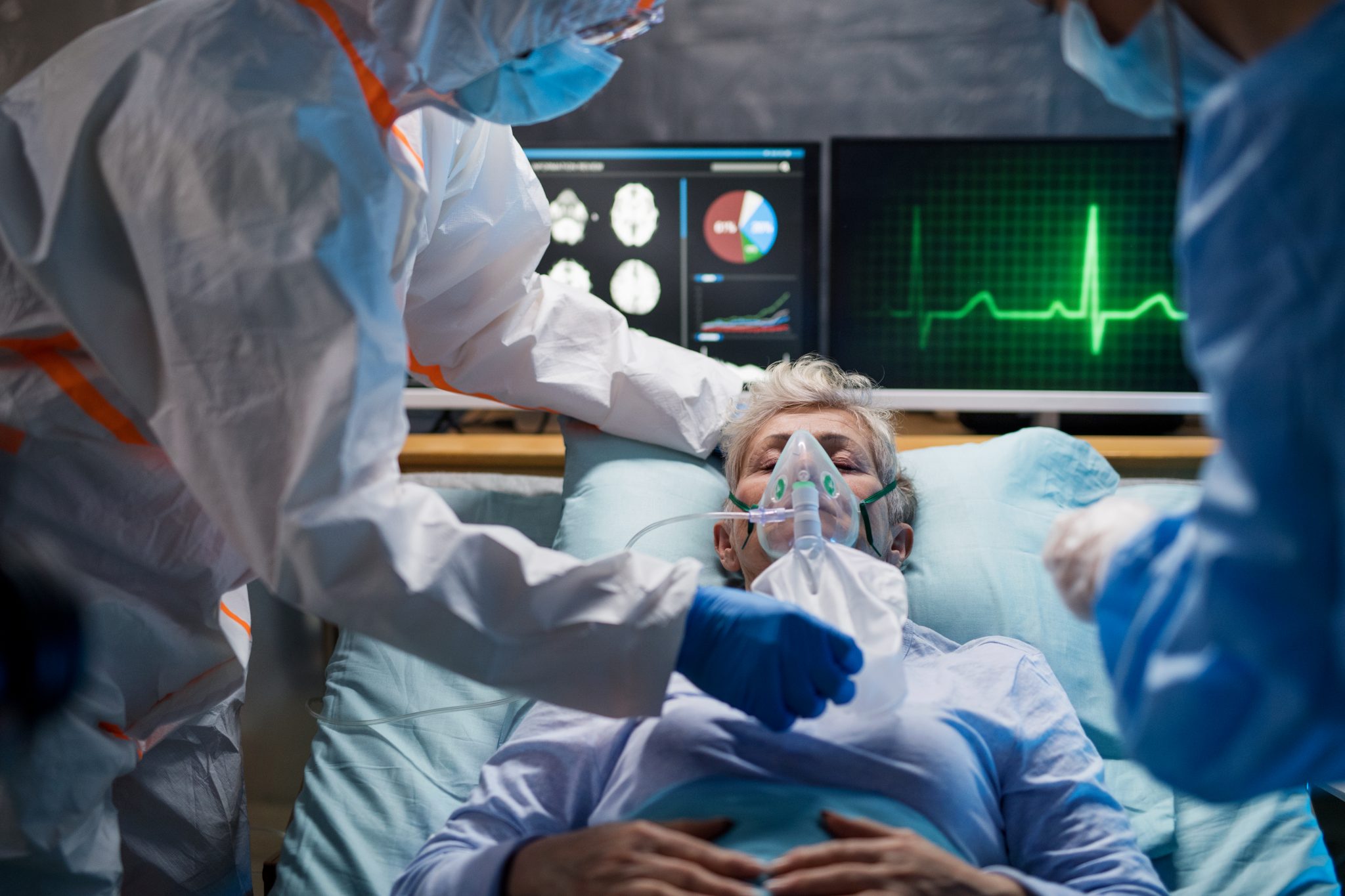 With the raging coronavirus pandemic threatening millions with infection, people are rightly worried that we could face the awful circumstance in which there are insufficient life-saving medical resources available for all catastrophically ill patients needing care. If that dark day comes, decisions will literally have to be made as to who among the seriously ill will be given an optimal chance to fight for life under intensive medical care, and who may have to face a likely death, albeit under palliative care.

All over the country, doctors, bioethicists, policymakers, hospital administrators, and media commentators are discussing how to make such extremely difficult decisions if they become necessary. That’s proper and fitting. As the old saying goes, hope for the best and plan for the worst. Moreover, it is wise to create a well-thought-out plan that can be followed consistently in awful contingencies to prevent ad hoc approaches that invite life-and-death decisions to be based on cronyism, discrimination, or other unjust non-medical factors

If doctors must refuse needed care, morality and maintaining the people’s trust require that they always be executed in a manner wholly consistent with upholding the equal moral worth of all patients. In other words, decisions to withhold or withdraw treatments — chance for life or likelihood of death — should never be predicated on invidious distinctions, such as race, sex, wealth, age, sexual orientation, disability, etc. Or to put it another way, each patient who enters the regrettable to treat or not to treat decision-making process must do so as the inherent equal of every other patient.

In this regard, we should distinguish between “triage” — which is ethical — and “health-care rationing,” which, as I use the term in this article, is not. Triage involves doctors or other medical professionals assessing the differing chances for survival among patients who would all be eligible for extensive treatment, but all of whom can’t be served because of resource limitations. In that circumstance, those patients with the greater likelihood of surviving the crisis because of the intervention will receive priority in receiving treatment over those more likely to die even with care.

In this sense, triage is a medical determination, not an ideological one. It treats all patients as equals and bases hard decisions on the same objective criteria of assessing survivability regardless of the personal characteristics of each person.

A subset of survivability has to do with the number of years a patient is likely to live if they receive the care. Assume three patients arrive at a hospital emergency room who are all likely to survive with an intensive intervention, but there is only one available ICU unit. The patients are ages 10, 45, and 80. In this awful circumstance, all other factors being equal, the 10-year-old should receive the intervention because he or she is likely to live more years than either the 45- or 80-year-old.

Now assume that two coronavirus patients need ICU care, with only one such bed available. Both are equally likely to benefit. One has terminal cancer and will probably die within a year, while the other patient is otherwise healthy. In all likelihood, the healthy patient would receive the care over the dying patient, again not because the healthy patient’s life is deemed to be more important but because of the likelihood that patient will experience more years of living after recovering.

Note, we are not talking about judgments based on the supposed quality of those years. A disabled 10-year old would still receive priority over the able-bodied middle age and elderly patients unless the disability were so severe that it would limit the patient’s odds of survival. In this way, the judgments are based on objective criteria, not decisions about which patient life has greater value.

Now, let’s contrast the triage approach with discriminatory health-care rationing. Rationing is a very broad concept, of course, but as I am using the term in this article, it means medical discrimination, e.g., offering medical care to some patients but withholding it from others based on an ideological approach that sees some lives as being more important or as having greater value than others.

Age-based rationing is a classic example of this unethical approach. Thus, in parts of Italy, all patients with coronavirus over age 60 are reportedly being refused intubation — regardless of the likelihood that the treatment would save the life of a particular patient. This is inherently discriminatory and unethical. As Dr. Daniel Sulmasy wrote recently in the New York Daily News:

Older age or disability might be factors in determining the chances that a patient will benefit from treatment, but age and disability per se should not be reasons to withhold treatment in the first place. Our judgments about who gets treatment should be based on whether the treatment is worthwhile, not on whether the patient is “worthy” of treatment.

The “QALY” system of rationing also should never be allowed because it is inherently discriminatory and crassly utilitarian. QALY stands for “quality adjusted life year,” a system that presumes that all lives are not equal. Here’s a brief — and very simplified — overview of how the QALY system might operate in the current crisis: Let’s say Mark and I both need ICU care to survive the virus, but there is only one bed available. At age 70, I am able-bodied and generally healthy, and if I survive the crisis, I could be expected to live another 10 years. Under the QALY system, my 10 years of physical life expectancy might be measured as, say, eight QALYs (with a two-year demerit for the potential losses associated with advancing age).

Now, let’s say Mark is 65 and has diabetes currently being successfully treated. A few years previously, he was injured in an auto accident, which left him using a wheelchair and in continual pain only partially controlled with medication. Under a QALY approach, his life could be deemed of lower “quality” than mine because of his illness and disability. Even though coronavirus treatment would be expected to give him more years of life than me, he might be denigrated as having only five QALYs if he survives because those years would be deemed by the discriminatory method of measuring to be of lower quality than mine.

Under a proper triage system, assuming only one of us could be cared for, Mark would receive priority because while we would both survive with the needed intervention and he would be expected to live longer — an ethical objective criterion for choosing. If the same decision were made via a discriminatory quality of life rationing system, I would probably receive the intervention because my QALY assessment is higher based on a discriminatory mindset that devalues people with disabilities and ill health.

In the middle of a pandemic, there is another factor to consider. Should health-care workers receive priority over other patients, all other things being equal? Normally, the answer would be no. But in this time of emergency, I think the American Medical Association is correct when it suggests,

Persons who have essential responsibilities in saving lives during the pandemic, such as health care workers and first responders, also deserve heightened priority. This prioritization is not because these individuals are more intrinsically worthy but because of their instrumental value in saving others. Such prioritization could also be considered reciprocity for putting themselves at risk to help others.

No one ever said any of this was going to be easy. We are passing through a dire time in which normally unacceptable actions might have to be taken out of sheer necessity. If that worst-case scenario comes to pass — and there is certainly reason to hope it can be avoided — let us decide beforehand and in the light of day how those excruciating decisions will be made by following an approach that gives equal value to all of us.

That means triage if — and only if — we must. But we should never countenance invidious health-care rationing.