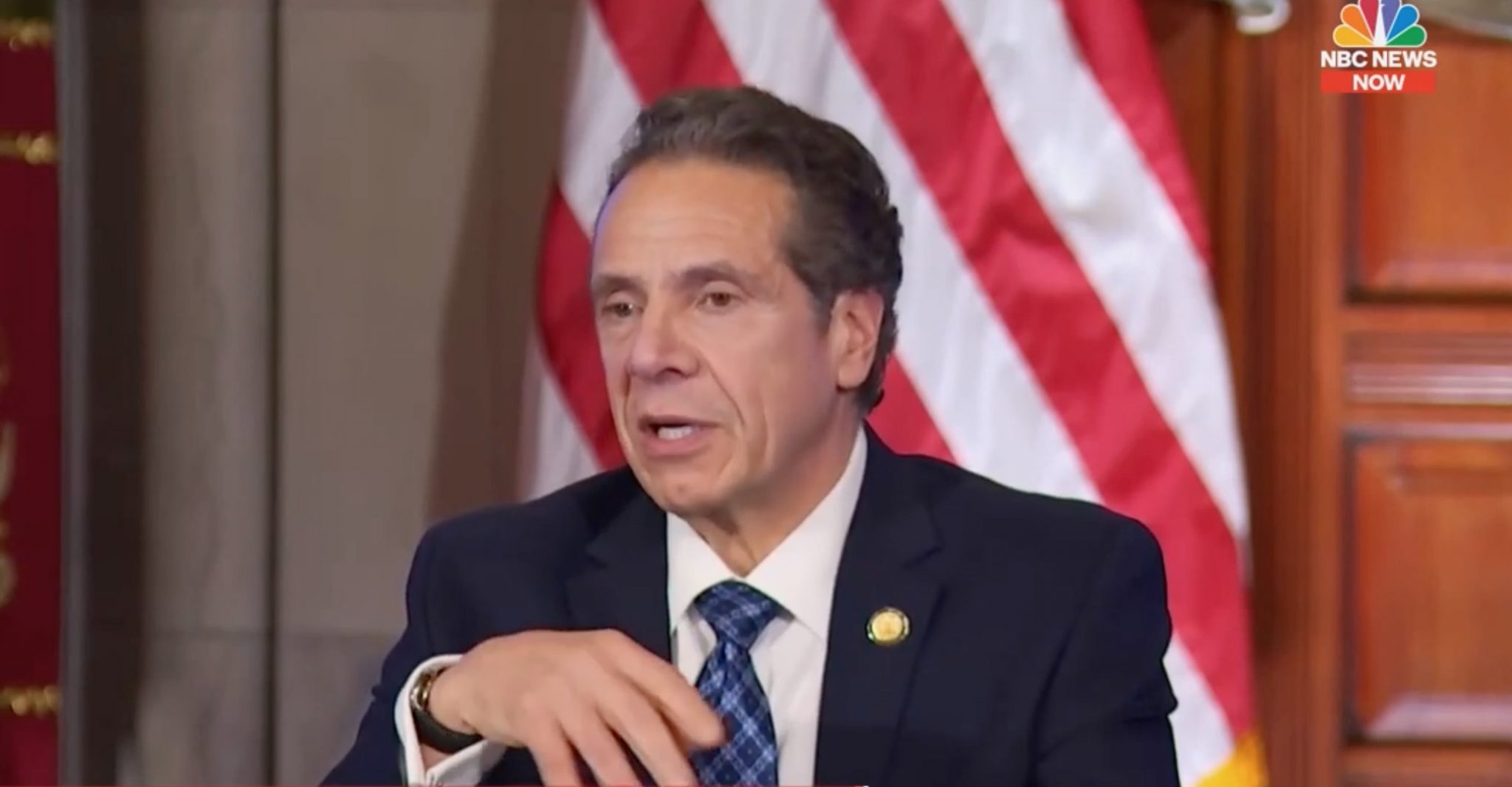 Carroll County, Maryland, is largely rural and, like the rest of rural America, had little reason to fear the coronavirus pandemic — until last week. Eighteen residents of a nursing home in Mount Airy were hospitalized, 77 of the facility’s 95 residents tested positive for COVID-19, and five have already died. This single-site outbreak dramatically increased Carroll County’s total number of coronavirus cases from 15 to 92 and was a key factor in Maryland Gov. Larry Hogan issuing a statewide stay-at-home order Monday.

It’s about 7,000 miles from rural Maryland to Wuhan, China, where this worldwide pandemic began late last year, but more importantly, Mount Airy is just 40 miles away from two major urban centers: Baltimore to the east and Washington, D.C., to the south. This proximity almost certainly played a role in the deadly viral outbreak at the Carroll County nursing home. The spread of COVID-19 across the United States has been very uneven, heavily concentrated in urban areas, leaving most Americans outside the danger zones, at least so far. Protecting the “safe” parts of the country from the contagion may require strict measures that many conservatives would normally oppose, and disparities in the impact of this pandemic are likely to exacerbate America’s partisan divide.

Consider the case of New York City, which in the past week has become the global epicenter of the coronavirus outbreak. As of Monday afternoon, New York City had 37,453 cases, while four suburban counties — Westchester (9,326), Suffolk (5,791), Nassau (7,344), Rockland (2,511) — combined for nearly 25,000 more. Add in the case numbers from three suburban counties in New Jersey — Bergen County (2,909), Essex County (1,900), and Hudson County (1,606) — plus Connecticut’s Fairfield County (1,870), and you find that the New York metropolitan area had more than 70,000 coronavirus cases. This is approximately 43 percent of all COVID-19 cases in the United States, which explains the urgent tone of the daily crisis briefings from New York Gov. Andrew Cuomo.

Cuomo keeps talking about the “apex” of New York’s outbreak, the point in the future — probably mid-April — when the number of coronavirus patients is expected to hit its peak. The governor’s warnings may seem alarmist to those of us outside the New York metropolitan region, but the hospitals there are already dealing with an emergency-level caseload, which is going to keep getting larger in the next couple of weeks. The worst-case scenario for New York, which is what Cuomo must be prepared to meet, is very frightening, but even the best-case scenario is quite grim. New York has already recorded more than 1,500 deaths from this pandemic, about 40 percent of all coronavirus deaths in the United States. More than 300 New Yorkers died of COVID-19 Monday. By this time next week, New York will probably be recording more than 500 deaths daily from the virus, and it could get even worse before it gets better. To cope with such an outbreak at its “apex,” New York will need far more medical resources and personnel than it currently has, which is why Americans see Cuomo on TV talking about the need for more ventilators and begging doctors and nurses from around the country to come help at the epicenter of the pandemic.

Recall that, just three weeks ago on March 11, Mayor Bill de Blasio was telling New Yorkers to carry on with their normal lives. At that point, there were barely more than 50 known coronavirus cases in the city, and de Blasio was still more concerned that fear of contagion was hurting business at Chinese restaurants than he was worried about the danger of the disease itself. That the city’s outbreak has exploded so suddenly, from a few dozen cases to tens of thousands, in the span of just three weeks should be a warning to anyone anywhere in America who imagines their community is safe from COVID-19. New York City was perhaps uniquely vulnerable — a center of international travel with a population density of 27,000 people per square mile where millions of residents use public transportation daily. This virus doesn’t only target city dwellers, however, and the sense of safety in rural America could be a dangerous illusion.

Ask folks in Dougherty County, Georgia. As of Tuesday, this community of 95,000 had more than 450 coronavirus cases and 26 deaths, the highest death toll in the state. How did this happen? Two large funerals in the county seat of Albany on Feb. 29 and March 7 appear to have been what epidemiologists call “super-spreading events.” While officials have not yet determined exactly how the Wuhan virus made it to Albany, nearly every case of the disease in Dougherty County can be traced to those two funerals, and 90 percent of the victims there are African-American. This virus doesn’t discriminate — it’s an equal-opportunity killer that has infected rich and poor alike. Even CNN anchor Chris Cuomo, brother of the New York governor, has caught the Wuhan coronavirus and was scolded by his brother for potentially putting their elderly mother at risk.

We are all at risk, to some degree, but risk is always a matter of statistical probability, and the good news, relatively speaking, is that most Americans are still at low risk of contracting this disease. Seven states — New York, Washington state, New Jersey, Louisiana, Michigan, and Georgia — had 2,221 reported coronavirus deaths as of Tuesday morning. That’s 70 percent of the U.S. total deaths from this pandemic, in states which have a combined 18.8 percent of the country’s population. The rest of the country — 43 states, where 81.2 percent of Americans live — has so far suffered less than a third of U.S. coronavirus deaths. The per-capita infection rate varies widely by state. New York had identified 390 cases per 100,000 population by Tuesday, according to CNN, whereas the same statistic is only 11 per 100,000 in Texas. And even in states with high infection rates, coronavirus cases are mostly concentrated in urban areas. In Michigan, for example, nearly half of the state’s cases as of Tuesday were in Detroit (1,801) and surrounding Wayne County (1,394). Add in the suburbs of Oakland County (1,365) and Macomb County (728), and there are 5,288 coronavirus cases in the metro Detroit region, accounting for 81 percent of Michigan’s total.

If you live in one of the relatively “safe” states, or in one of the less-affected areas of a high-risk state, you may be irritated by the shutdowns and state-at-home orders that are being imposed to control a virus that doesn’t seem to threaten you directly. As I’m cooped up in my rural home, in a county that has so far reported only 11 coronavirus cases, I get annoyed by 24/7 crisis reporting on every cable news network. But my daughter-in-law is an emergency room nurse at the local hospital, and I know that her risk of infection is not negligible. No matter where you are, if you’ve got friends and family who are front-line troops in this battle against an invisible enemy — medical workers, police, EMTs, etc. — you cannot be ignorant of the risks they face, which in turn may put you at risk. This pandemic means that my wife and I don’t get to see our grandchildren, and our youngest son, who flew to Florida two weeks ago (“Enjoy Your Coronavacation,” March 16), is now stuck there, perhaps for the duration of the crisis.

The political dimension of the COVID-19 pandemic is impossible to ignore. If you’re a Trump voter, chances are that you live in a low-risk area of the country, as the virus is most rampant in places like New York City, Detroit, and Seattle, which vote Democrat by overwhelming margins. Of course, Democrats and the media (but I repeat myself) want to blame President Trump for this pandemic, and his press conferences are a daily battle with a journalistic community that wants to spin his every word to inflict the maximum damage on his reelection prospects.

The president finds himself squeezed between competing political pressures. Most of his supporters live in places that are, so far, little impacted by the coronavirus outbreak and who, therefore, want to see the “social distancing” orders ended soon, so that the country can get back to normal. But if Trump yields to this pressure — and clearly, his bias is in favor of helping businesses by ending the shutdowns early — he would be blamed if the number of infections and deaths then spiral upward. Fortunately, our system of federal government is such that Trump, while issuing “guidelines” for controlling spread of the disease, can leave it to state and local governments to make the decisions on what sort of restrictions they impose on businesses and citizens. Governors, mayors, and other local officials are therefore responsible for how much normal activity is permitted in their jurisdictions, and if you don’t like the rules in your local area, you can’t blame the president.

Federalism is a beautiful thing, and so is the courageous spirit of rugged individualism that is a crucial component of the American character. Think of the truck drivers who keep delivering food and medicine, and the grocery-store workers who show up every day to stock the shelves. Ordinary Americans whose role in our nation’s prosperity is seldom noticed by the elite are now recognized as doing “essential” work. Meanwhile, journalists have learned how non-essential they are; many of them are being laid off from their jobs, and BuzzFeed is cutting staff salaries. We can smile at this silver lining of the dark cloud of pandemic, and laugh at the media’s conniptions when the guy from MyPillow speaks of the power of prayer at a White House press conference. Mike Lindell’s company is now manufacturing protective masks for medical workers, thus doing more than any of his media critics to help America fight the pandemic.

Those of us who are fortunate enough to live outside the high-risk danger zones of this pandemic have a crucial role to play in defeating our invisible enemy. If you’re not sick, follow the federal guidelines about “social distancing” and other preventive measures to make sure you stay healthy. Limiting the spread of the Wuhan virus in the “safe” parts of America will free up medical personnel from across the country to help where the pandemic is already at crisis levels. More than 8,000 coronavirus patients are currently hospitalized in New York City, and that number will keep rising. New York and other hard-hit cities will need many more nurses and doctors to deal with this emergency, which means the rest of us in the safe zones of rural America need to stay safe, stay healthy, and stay home. And, of course, keep praying for our fellow citizens in the danger zones.