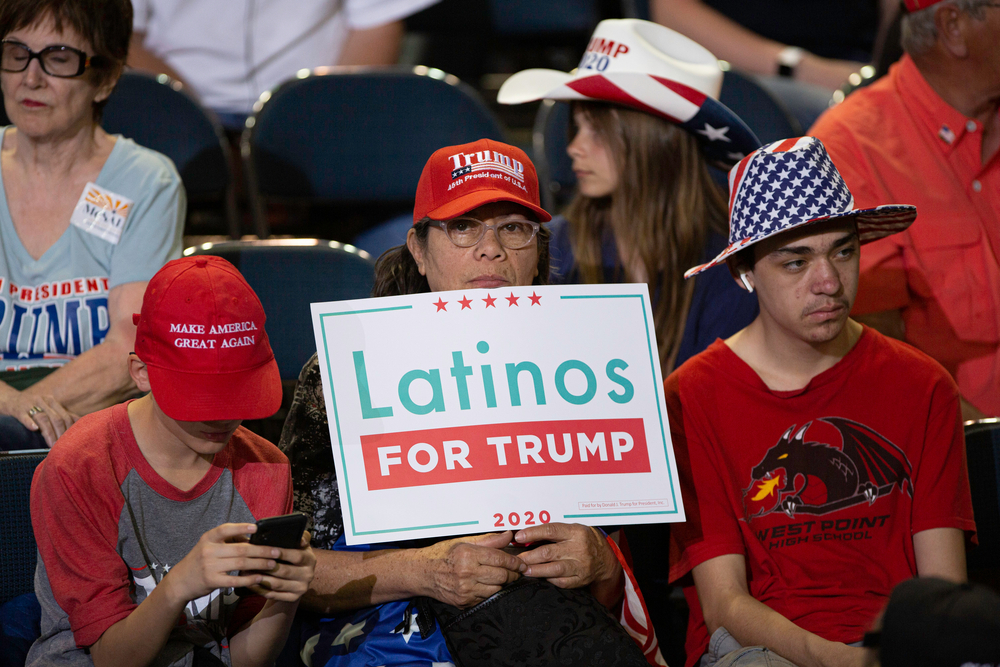 The famous saying “Be careful what you wish for; your wish may be granted” dates back to the wonderful Ancient Greek storyteller Aesop, around 500 B.C. It derives from his fable “The Herdsman and the Lost Bull,” about a herdsman who loses a calf and implores the gods to help him find him. He locates the calf, along with a fierce lion feeding on him, and the lion naturally threatens the herdsman. Like all of Aesop’s fables, it’s an entertainingly told lesson, but not one the ignorant leftists who just abolished Ancient Greek as a language requirement for Princeton University Classics majors because of racism (don’t ask) are likely to learn, except the hard way. And last week, the Democrats seeking to absorb Hispanics into their racist minority alliance got ravaged by the lions in their sheepfold on two separate occasions.

By far their biggest shock was U.S. District Judge Roger Benitez ruling California’s three-decade-old ban on “assault weapons” unconstitutional. Democrats have chipped away at the Second Amendment for longer than I’ve been alive, most recently in a crusade against the phenomenally popular AR-15 rifle, using the “mass shooter’s weapon of choice” argument. Benitez’s 100-page opinion masterfully stomped that canard by citing the rifle’s defensive use: “In the self-defense context, which seems to be more common, taking accurate shots at attackers is vitally important for the innocent victim.” The sudden, surprising removal of the gun-grabbers’ longtime beachhead crushed progressives almost as much as the remover being a Latino, which was supposed to guarantee his sheepish obeisance.

That’s because Marxist critical race theory does not allow for independent minority thought — or Cuban–American patriotism such as Benitez’s, and my own. As Cuban immigrants, we personally experienced the obliteration of human rights by statist tyranny. A Second Amendment would have come in handy versus Castro in Cuba, and we would prefer it “not be infringed” here. America saved us, and we intend to return the favor. Judge Benitez did his part on Friday, torpedoing the concept of Hispanic groupthink, the Left’s Achilles’ heel (another classical reference that will soon be lost on them).

But Benitez was not alone. On Saturday, a second Latino “upstart,” Mexican–American Republican (ay, caramba) Javier Villalobos, won the mayoral race in McAllen, Texas, flipping the heavily Democratic, 85 percent Latino border town in Hidalgo County. The Hidalgo vote went to Hillary Clinton by 40 percent in 2016, then to Biden by just 17 percent last year. Some of the most important factors in the Left-shattering Latino trend were the policies of the Democrats’ Chupacabra, Donald J. Trump. President Trump flipped five Hispanic-majority Texas counties in 2020, doubling his votes from 2016 in 94 percent Hispanic Zapata County. The aftershock of that election race hit McAllen last weekend.

How could such a peculiarity happen, Democrats puzzle, when the racist, xenophobic Trump had physically walled off U.S. Latinx from their compadres to the south, while kindly Joe Biden was removing every barrier between them to make America one big enchilada? The answer is as obvious as their prejudice. They are the racists who cannot see beyond skin color or ethnicity to the minds and morals of individual Latinos.

In the Democrats’ bubble of ignorance, all Hispanics, and especially Hispanic women, sound like AOC, nagging about white supremacist oppression at the drop of a mike. “We are not being invaded,” the congresswoman said recently about the border on Instagram. “Which, by the way, is a White supremacist idea, philosophy. The idea that if an ‘other’ is coming in the population, that this is like an invasion of who we are.” Yet not only do the new Hispanic Republican voters see unimpeded mass immigration as an invasion of who we are — Americans, not Latinx — but the trend is being spurred by people heretofore inconceivable to liberals — conservative Latinas. That’s tantamount to double treason for the Left.

Texas Gov. Greg Abbott predicted the political tidal shift at the Lincoln Reagan Republican dinner in April: “I’ve never been on stage with so many accomplished, articulate Latinas as I have been tonight with this group of ladies.… If I were the Democrats, I would be very afraid right now, because there is a storm coming, a storm that is going to win Hidalgo County.” The storm continues. Even the New York Times found one member of the once-elusive conservative Latina specimen in the compulsorily awokening military — Jessica Villarreal. “I am a believer in God and the American dream, and I believe the Republican Party represents that,” Villarreal told the Times.

Leftists will continue to miss or ignore the rise of Latin conservatism — as they have the black version — because it rejects their dream of progressive hegemony so clearly expressed in the John Lennon Marxist ballad “Imagine”:

Imagine there’s no heaven
It’s easy if you try
No hell below us
Above us only sky.

That’s the Left’s first problem in Hispanic–American recruitment. We are overwhelmingly more religious than the general public. Although trending downward with the rest of the population, a 2018 survey found 73 percent of us agree that Christian “faith is very important in my life.” The liberal push for removing God from the public square and abortion up to birth offends us:

Imagine there’s no countries
It isn’t hard to do.

Well, not if you remove the border and all impediments to mass immigration in a blatant power grab for a permanent Democratic voting majority. But that goal hit a Hispanic border wall last week. And soon more Democrats will learn that any rainbow coalition with Latinos in it will be red, white, and blue, the color combination the former despise.