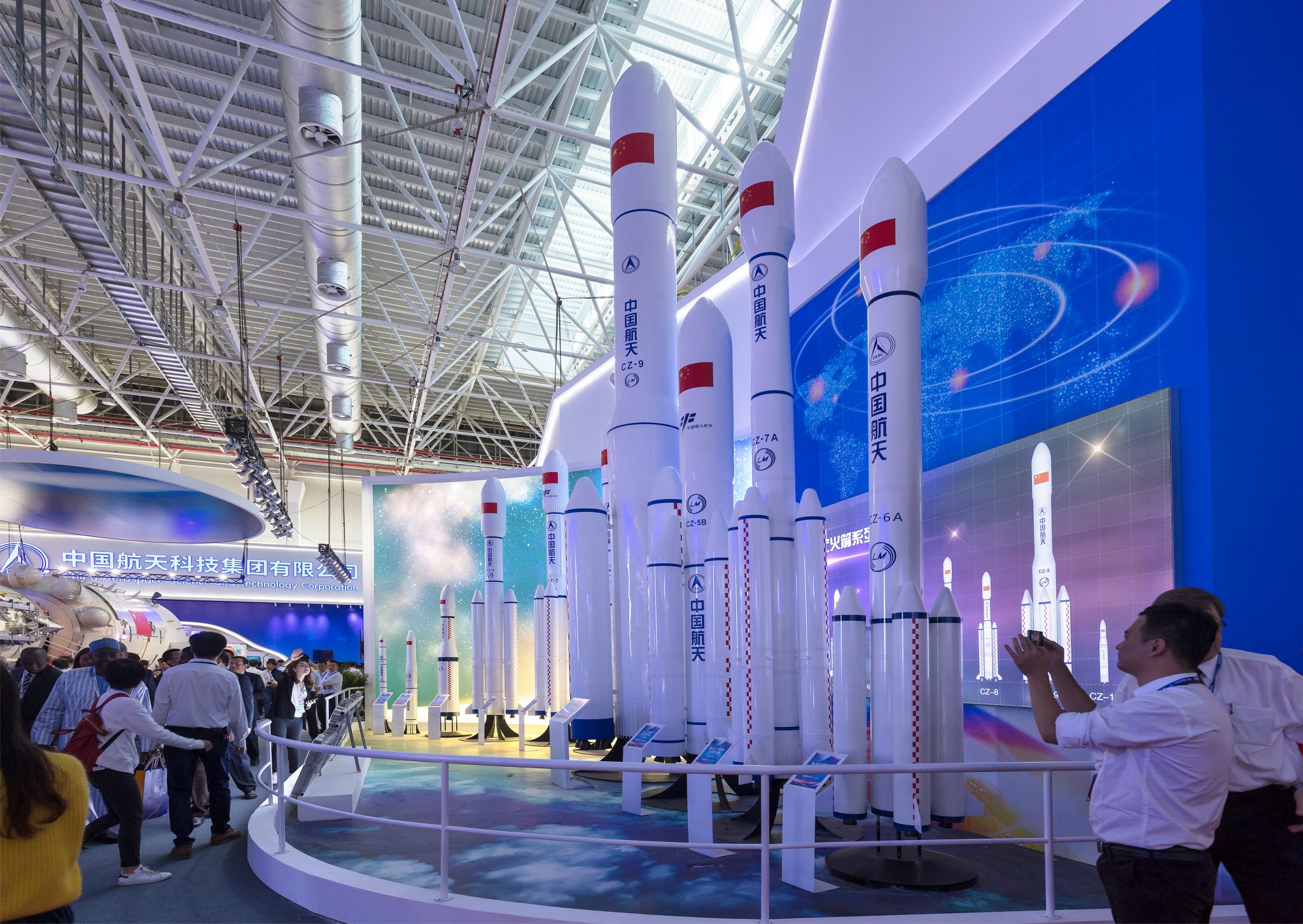 In 2018, China launched 39 space rockets into near-Earth orbit and beyond, beating out the U.S. (with 34 launches), and Russia (with 20). In 2019 China led the world again, with 32 successful orbital launches, compared to 22 flights from Russia and 21 from the United States. Last year, thanks to SpaceX, America topped the scoreboard with 40 successful launches (four failures), with China a close second at 35 (four failures), and Russia placing third with 17 (no failures). Payloads ranged from satellite deployments, International Space Station (ISS) resupply flights, and crewed missions to robotic exploration of the sun, asteroids, near planets, and in the case of China, to the Moon.

On December 22, 2020, at 12:37 p.m. Beijing time, China successfully launched their new Long March 8 rocket into orbit from their new spaceport on Hainan Island. The Long March 8 deployed five separate payloads, debuting an expendable booster, which will eventually be outfitted for recovery and reuse.

China kicked off the new year on January 19, launching a Long March 3B rocket from the Xichang launch center in Sichuan province, deploying the Tiantong 1-03 satellite into geosynchronous orbit.

China’s stunning technological advances are not rare, black swan achievements that could not be predicted or foreseen. A more appropriate metaphor for President Xi Jinping’s aspirations would be gray rhino events — obvious, visible, coming right at you, with highly probable consequences.

While President Obama was gutting NASA’s space exploration capability, forcing NASA to send astronauts to the ISS as passengers on Russian rockets (and to subsidize Russia’s space program in the process), China built and launched its Tiangong-1 crewed space station. Their Chang’e 2 lunar orbiter launched in 2010 to map the surface of the Moon in greater detail, followed by Chang’e 3 lander and Yutu (Jade Rabbit) rover in 2013, which explored the northern region of Mare Ibrium. Tiangong-2 was launched in September 2016 as a test-bed for crewed Shenzhou space craft and uncrewed Tianzhou-1 cargo vessels. In 2018, Chang’e 4 and Yutu 4 rover landed on the dark side of the Moon to explore the South Pole-Aitken Basin, where it continues to operate to this day.

So what’s the big deal? The “West” still has the ISS, which, while aging, is still functional. And as far as moon landings go, “we” did that 50 years ago, with Apollo. Right?

China, like Russia, has always framed its presence in space as the ultimate military high ground, but China was way behind the curve. Russia successfully tested its first anti-satellite weapons as early as 1968. China wasn’t even able to launch its own satellites until 1970 (on top of modified ICBMs). But China plodded forward, step by inexorable step, acquiring its first ground-based satellite jammers from the Ukraine in the late 1990s and developing “domestic” electronic countermeasures to disrupt, deny, deceive, and degrade U.S. uplinks and downlinks from low-Earth orbit.

By 2007 China achieved its first successful anti-satellite missile launch, shattering the derelict Fengyun-1C weather satellite. The kinetic strike shredded the target into more than 150,000 chunks of shrapnel, forcing emergency evasive maneuvers for dozens of spacecraft, including the ISS. In 2008, Obama entered the White House, neutering NASA and giving China eight years to catch up. And caught up they have.

Russia stood up its Space Force (Russian Aerospace Forces) on August 1, 2015. China followed suit four months later (with the People’s Liberation Strategic Support Force). Obama was largely oblivious, but President Trump, forced to play catch-up, announced the creation of the United States Space Force on December 20, 2019. He had every right to expect in his second term to sequentially build and expand the nascent command, but Biden’s presidency places the future of the American Space Force in doubt.

China’s space program was never about exploration, was never “peaceful,” and has always focused on the ability to deny space-based systems to its “adversaries.” Its Space Force arsenal includes kinetic kill missiles, ground-based lasers, orbiting space robots and shadow satellites, surveillance satellites, satellite jammers, directed-energy weapons, and cyber attacks to “blind and deafen” its opponents. In addition to advanced offensive anti-satellite capabilities, China continues to enhance space capabilities across the board, in satellites, sensors, launch vehicles, and lunar systems, to achieve its long-term goal of becoming the world’s most powerful space presence.

On July 23, the week before NASA launched the Mars 2020 Perseverance/Ingenuity mission, China launched Tianwen-1 (Quest for Heavenly Truth), China’s first interplanetary mission. Tianwen-1 is expected to arrive in Mars orbit between February 11 and 24, 2021 — and set down in Utopia Planitia (south of NASA’s Viking 2 landing site and northeast of Elysium Planitia, the current location of NASA’s InSight Lander). Last December, China launched and landed its Chang’e 5 lunar sample mission on the moon, scooped up samples, and returned them to Earth.

The good news is that SpaceX has allowed the United States to regain manned access to low-Earth orbit and the aging ISS without relying on Russian rockets. The sobering news is that China is about to launch the core module of its new third generation space station, Tianhe (Unification of Heaven), a 66-metric-ton space station that could expand to six modules.

Speaking at the fifth plenary session of the 19th Communist Party of China Central Committee last October, President Xi Jinping outlined plans to speed up efforts to build China into a scientific and technological powerhouse. Announcing his administration’s priorities to the American public, President Biden zeroed in on COVID-19 and health equity, economic equity, racial equity, and climate change equity.

So, while Beijing is weaponizing space, the Biden administration is busy weaponizing “Equity.”