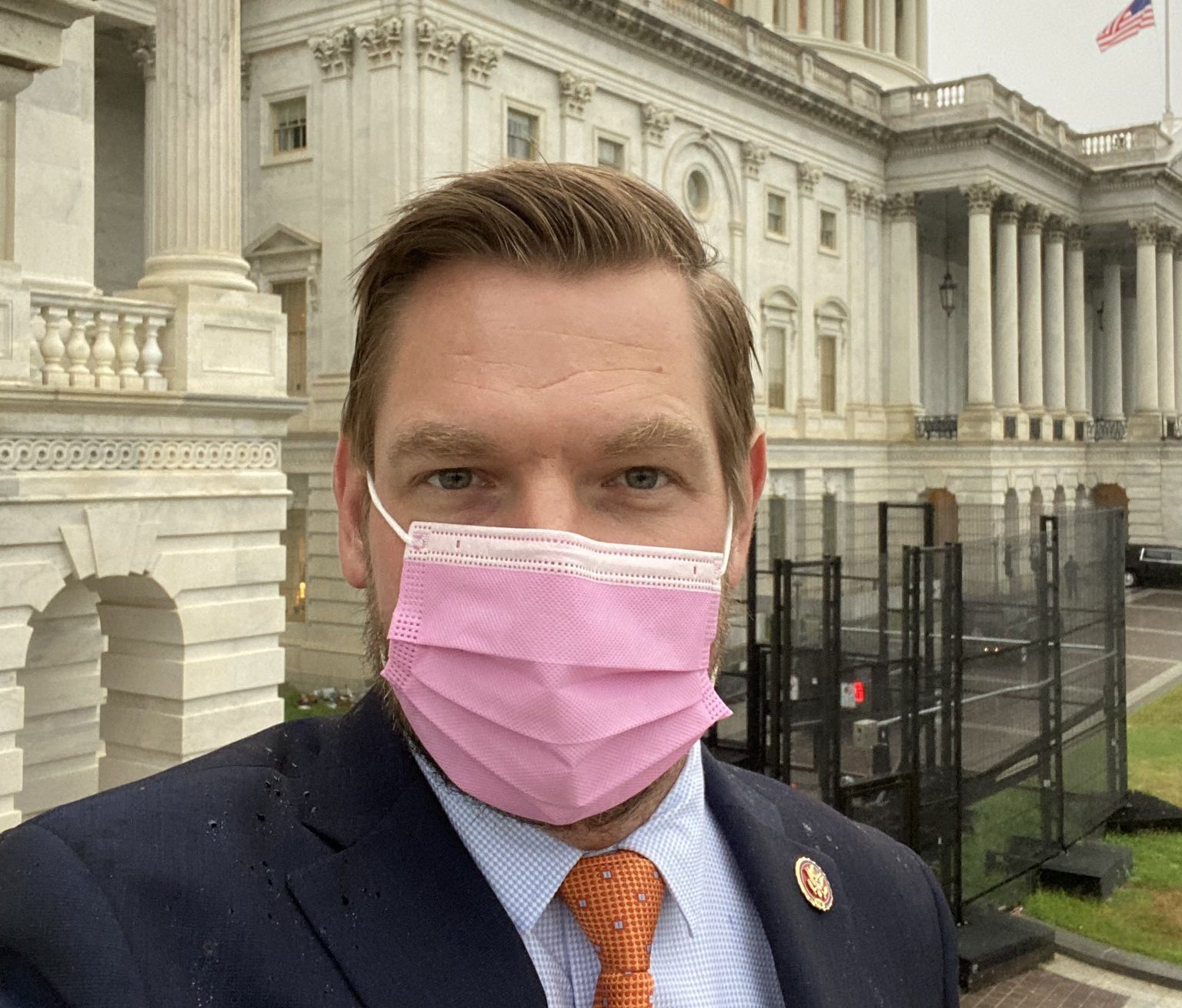 Many politicians have been sounding alarms about the Chinese Communist Party’s infiltration into the United States. Director of National Intelligence John Ratcliffe, in a recent opinion piece in the Wall Street Journal, said that “the People’s Republic of China poses the greatest threat to America today, and the greatest threat to democracy and freedom world-wide since World War II.” In a recent interview with Newsmax, Secretary of State Mike Pompeo called the Chinese Communist Party (CCP) “the greatest threat to security of the American people and indeed the free world.” Republicans in the House Committee on Oversight and Reform have sent a letter to FBI Director Christopher Wray asking him to investigate China’s “use of spies or covert agents to infiltrate America’s most sacred educational and governmental institutions.”

So how bad is the CCP’s infiltration into our country? Pretty bad. But in some ways, there is hope if we dedicate ourselves to fighting back.

Our ruling class. House Republicans have written to Speaker of the House Nancy Pelosi (D-Calif.), calling for her to remove Rep. Eric Swalwell (D-Calif.) from the House Permanent Select Committee on Intelligence. The letter accuses Swalwell of withholding information from the House Intelligence Committee regarding “an ongoing Chinese espionage operation targeted at him and his own colleagues.” This follows a report from Axios stating that a Chinese spy who also allegedly had sexual relations with at least two Midwestern mayors targeted Swalwell and several other San Francisco politicians.

People in China are even gloating about how much they have infiltrated our ruling class. Di Dongsheng, the vice dean of the School of International Relations at Renmin University, boasted in a recent lecture that the Chinese Communist Party has people “at the top of America’s core inner circle of power and influence,” and that “for the past 30 years, 40 years, we have been utilizing the core power of the United States.” Di also seemed to imply that Hunter Biden was compromised as well: “Trump has been saying that Biden’s son has some sort of global foundation. Have you noticed that? Who helped [Hunter] build the foundations? Got it? There are a lot of deals inside all these.” This is timely, given that the Department of Justice is currently subpoenaing Hunter Biden for, among other things, documents relating to his business dealings in China.

Embassies. A leaked database of 1.95 million members of the CCP revealed that at least 10 consulates in Shanghai contain members of the CCP, including three employees of the U.S. consulate, a senior official in the British consulate, and at least one employee of the Australian consulate. While stories about this leak do not explicitly accusing these CCP members of spying, the threat that this could be happening is obvious.

Defense apparatus. The CCP has infiltrated our defenses. CCP members are working in our defense supply chains in China, according to the above-mentioned database. These include 516 CCP members who either work in Qualcomm or Boeing, and “dozens” of CCP members in Airbus, Rolls-Royce, and Thales.

Additionally, the Department of Justice has been prosecuting several CCP-aligned Chinese nationals undermining our defenses on our own soil. In November, a naturalized Chinese national and former Raytheon engineer was sentenced to 38 months in prison for exporting defense-related technology to China. In September, a Chinese national pled guilty and faces up to 15 years imprisonment for trying to export “maritime raiding craft and engines” to China. In August, a former CIA officer was arrested and charged with spying for China.

Private companies. The CCP has infiltrated several Western companies through their Chinese facilities. The leaked database referenced above also found 123 CCP members in Pfizer and AstraZeneca combined, and 600 in British banks Standard Chartered and HSBC. Companies with CCP members, according to the database, also include Costco and Jaguar Land Rover.

Higher education. The CCP continues to infiltrate our higher education system. In a speech at the Georgia Institute of Technology this month, Secretary of State Mike Pompeo said that American colleges and universities are “hooked on Chinese Communist Party cash,” and that, according to the U.S. Department of Education, higher education institutions have taken an estimated $1.3 billion from China since 2013. This month, Columbia University accepted $1 million to set up a Confucius Institute. Confucius Institutes, according to Pompeo, “are funded by the PRC and part of the Chinese Communist Party’s global influence and propaganda apparatus.” In August, Secretary of State Pompeo had designated the Confucius Institute U.S. Center in Washington, D.C., a “foreign mission of the PRC.”

“Sister city” program. The CCP also infiltrates our elementary, middle, and high schools through its “sister city” program, according to a recent piece by the Gatestone Institute. Often touted as benign cultural exchange, the Hoover Institution asserts that the sister city program promotes an “exchange (交流)” that is “a practical political tool by Beijing, and all of China’s ‘exchange’ organizations have been assigned political missions.” One elementary school included a program where fourth graders were “pen pals” with CCP leader and China President Xi Jinping. China also uses their sister cities in the United States for “mask diplomacy.”

Research. Another form of CCP infiltration is the “illegal ties to China in American higher education and government research,” of which the National Associates of Scholars counted 39 cases of since 2010. Most recently, in September, a former employee at Los Alamos National Laboratory was sentenced to five years probation and a $75,000 fine for concealing to the Department of Energy that China’s Thousand Talents Program employed him. In July, a Chinese researcher pled guilty to stealing proprietary information from Nationwide Children’s Hospital’s Research Institute.

So what can we do?

The U.S. has several options in dealing with CCP infiltration.

Stand with Hong Kong. The United States should continue to exert pressure on China through its support for pro-democracy voices in Hong Kong. In response to China’s oppression of Hong Kong, the State Department issued visa restrictions to 14 National People’s Congress Standing Committee (NPCSC) members this month, as well as to other CCP members in June. In August, the Treasury Department sanctioned 11 CCP members, including Hong Kong leader Carrie Lam.

Moving forward, the Senate needs to pass, and President Trump needs to sign, the Hong Kong People’s Freedom and Choice Act (H.R. 8428), passed in the House last month. If passed, this bill would grant temporary protected status (TPS) and refugee status for those from Hong Kong who are in fear of persecution by China. This bill is critical, especially given the recent arrest of media tycoon Jimmy Lai, which marks the most high-profile arrest by China under the Hong Kong national security law passed by the NPCSC in June.

Constrain (and close) the Confucius schools. Congress needs to pass the stalled legislation that would combat the Confucius Institutes, or otherwise reintroduce and pass it in the next Congress. The CONFUCIUS Act (S. 939), if passed, would establish requirements for colleges and universities that receive federal funding and that have contracts or agreements with Confucius Institutes. The contracts or agreements must include clear provisions that protect academic freedom, prohibit the application of foreign law in these institutions, and grant full control over teaching plans, activities, research grants, and employment decisions of the institutes to the hosting colleges and universities. The Transparency for Confucius Institutes Act (S. 3453/H.R. 7138) would place additional restrictions on Confucius Institutes.

Make sure the U.S. is protected from Chinese-made drones, through the NDAA or otherwise. President Trump has threatened to veto the National Defense Authorization Act (NDAA) (H.R. 6395) for not being tough enough on China, but he hasn’t given specifics as to why he believes this. Proponents of the bill point to the NDAA’s $2.2 billion for a “Pacific Deterrence Initiative” meant to counter China’s military, and Eric Sayers, a former Republican staffer on the Senate Armed Services Committee, now with the American Enterprise Institute, believes that “this is the most important and substantive NDAA on China in two decades.” But noticeably absent from the NDAA, now passed by the House and Senate, is a prohibition of federal agencies from purchasing Chinese drones. This omission should scare us all. If the NDAA becomes law without these provisions, Congress should introduce legislation to protect us against Chinese-made drones, or President Trump should pass an executive order doing the same.