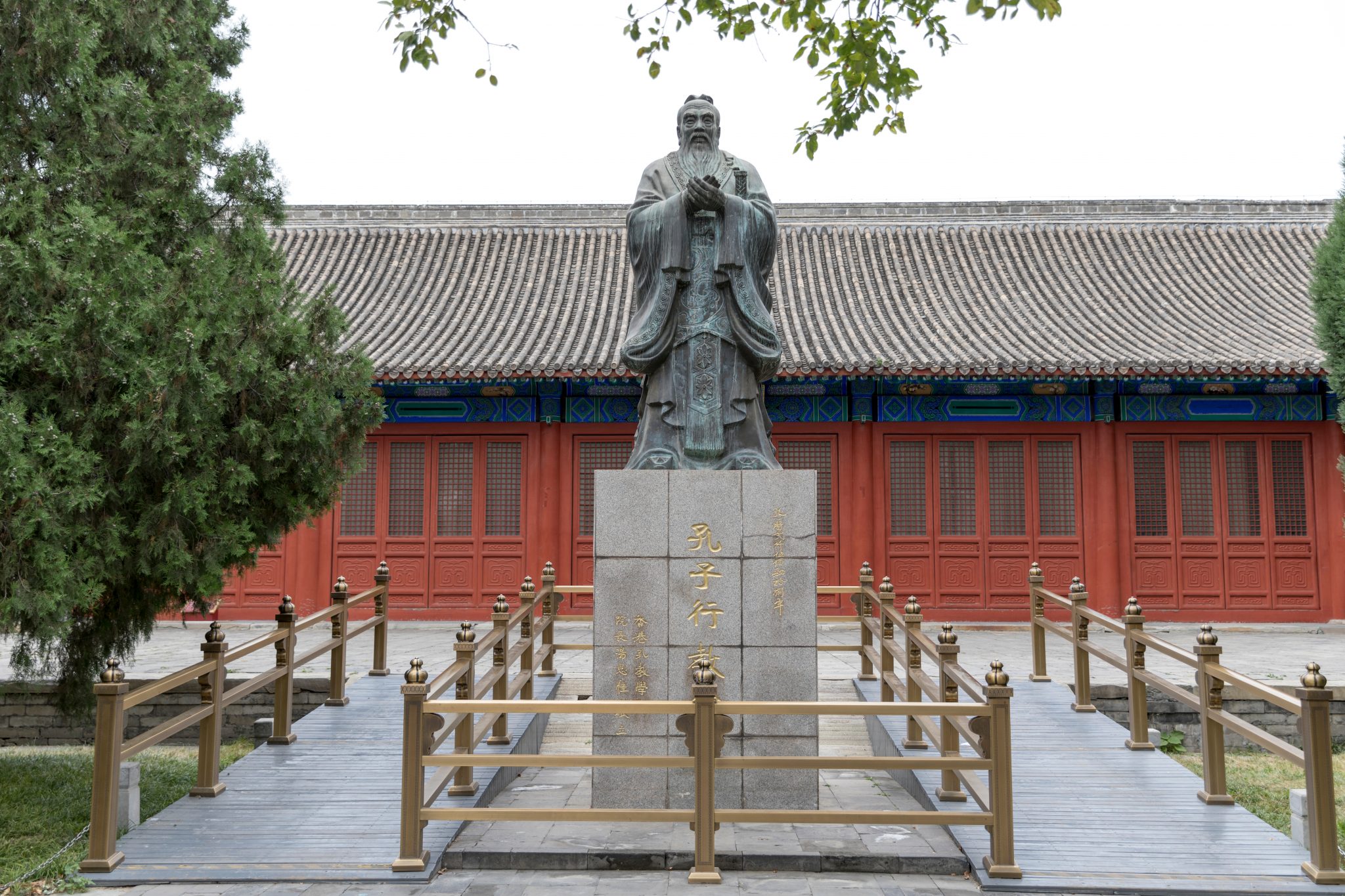 Earlier this week, the Washington Free Beacon reported that the University of Pennsylvania accepted a $3 million donation from a shell company in Hong Kong, owned by Shanghai businessman Xu Xeuqing, who has close business ties with the Chinese Communist Party (CCP). From March 2017 through 2019, the University of Pennsylvania has received $61 million from Chinese donors, a significant increase from $19 million in four years prior. Last month, the State Department shuttered the Chinese consulate in Houston, as Chinese agents were attempting to steal data from Texas A&M’s medical system as well as The University of Texas MD Anderson Cancer Center.

While these are disturbing developments, recent actions by the Department of Justice, the Trump administration, Congress, and colleges and universities indicate that the U.S. may be turning a corner to curb unscrupulous CCP influence on American higher education and research.

In 2020 alone, the Department of Justice (DOJ) has scored several wins in prosecuting people in U.S. academia for nefarious connections to the CCP. Last month, Simon Saw-Teong Ang, a professor at University of Arkansas, was indicted on 42 counts of wire fraud and two counts of passport fraud. He allegedly failed to disclose to NASA and the University of Arkansas his ties to the Chinese government and Chinese companies to receive NASA grant money. A second professor, Anming Hu at the Department of Mechanical, Aerospace and Biomedical Engineering at the University of Tennessee, Knoxville, was arrested in February for hiding his relationship with a Chinese university in order to receive funds from NASA.

In June and July, the United States arrested three Chinese nationals and unsealed a warrant for the arrest of a fourth for lying about their military backgrounds, omitting that they were active officers of China’s People’s Liberation Army (PLA) at the time of their visa applications. The three individuals arrested had been conducting research at University of California at San Francisco, Stanford University, and Indiana University, while the one at large was at the University of California, Davis. One of those arrested, Xin Wang, was apprehended at Los Angeles International Airport as he was attempting to flee the United States. Wang was allegedly instructed by his boss in China “to observe the layout of the University of California, San Francisco lab and bring back information on how to replicate it in China,” according to DOJ’s press release. The National Institutes of Health (NIH) funded some of Wang’s research. Another individual, Kaikai Zhao, was studying “machine learning and artificial intelligence.” The individual at large, Juan Tang, is evading authorities in the Chinese consulate in San Francisco.

In June, feds indicted Dr. Charles Lieber, the former chair of Harvard University’s Chemistry and Chemical Biology Department, for allegedly falsely claiming that he was never part of China’s Thousand Talents Plan and failing to mention his role as a “Strategic Scientist” at Wuhan University of Technology (WUT) in China. WUT allegedly paid Lieber a salary of up to $50,000 per month, living expenses of up to $158,000, and more than $1.5 million to establish a research lab at WUT under his three-year Thousand Talents contract. Lieber’s research was funded by over $15 million in grant money from the Department of Defense and the NIH. Dr. Lieber’s colleague Zaosong Zheng, a medical student from Harvard-affiliated Beth Israel Deaconess Medical Center, had been arrested in December at Logan International Airport in Boston for trying to smuggle 21 vials of cancer cells to China. He was freed on bond and placed in house arrest this March.

In May, Dr. Xiao-Jiang Li, a former Emory University professor, was convicted and sentenced for filing a false tax return. Specifically, he failed to disclose $500,000 in taxable income over six years at two Chinese universities. He had applied for NIH grant money and was also a member of the Thousand Talents Plan. That same month, Dr. Qing Wang, another Chinese national, was arrested for wire fraud. A former employee of the Cleveland Clinic, Wang allegedly failed to disclose his connections to two Chinese science institutions, and as a result was able to obtain $3.6 million in NIH grants for the same scientific research he did in China.

In March, Dr. James Patrick Lewis of West Virginia University pled guilty to defrauding the university into allowing him leave so that he could care for his child for a semester, while he was actually in China working for the Chinese Academy of Sciences. This was to be part of a larger fraud scheme where he would work full time in China for three years in exchange for a living subsidy of approximately $143,000, a research subsidy of approximately $573,000, and a salary of approximately $86,000 as part of China’s Thousand Talents Plan.

In addition to the Department of Justice, the Trump administration and Congress are also responding against CCP influence in American higher education. In June, a probe conducted by the NIH resulted in the resignation or firing of 54 researchers due to not disclosing their ties to foreign governments. China was the foreign government not disclosed in over 90 percent of the 189 scientists whom NIH has investigated so far. In May, the White House issued a proclamation, effective June 1, suspending entry of Chinese nationals who are non-immigrants entering the U.S. on a F or J visa to study or conduct research for the purposes of acquiring and diverting technologies to incorporate into and advance China’s military capabilities.

Senators introduced the Safeguarding American Innovation Act (S. 3997) in June, which if made into law would criminalize an individual’s failure to disclose foreign ties on federal grant applications. It also gives the State Department the ability to deny visas to researchers that intend to steal American research and intellectual property. The bill also requires universities and research institutions to disclose to the State Department basic information on sensitive technologies to which researchers will have access. Lastly, the bill requires universities to require disclosures of foreign gifts of $50,000 or more to the Department of Education and gives the Department of Education the ability to fine repeat offenders. In May, House Republicans began investigating China’s influence on American colleges.

Confucius Institutes are “wholly controlled by China’s education ministry and are part of the Chinese Communist Party’s ‘United Front’ foreign influence operations,” Josh Rogan writes in the Washington Post. According to opening remarks and statements from a February 2019 Senate hearing, Confucius Institutes agree to abide by Chinese law, censor content dealing with Taiwan and the Tiananmen Square massacre, and can have content vetoed by Chinese officials.

While much has been accomplished, more work lies ahead. As I have said previously in The American Spectator, the Trump administration should issue an executive order closing all Confucius Institutes in the United States. In the meantime, alums, human rights groups, and citizens should pressure schools that still have Confucius Institutes to close them. All parties should also be wary of recent efforts by China to rebrand and rename the Confucius Institutes, and all bills and laws should be amended to address this. Congress should pass, and the president should sign, both the CONFUCIUS Act and the Transparency for Confucius Institutes Act.

To fill a need for Chinese language and cultural exchange, universities and the administration should partner with Taiwan and Hong Kong dissidents over China as much as possible. (Since Taiwan uses more traditional Chinese characters compared to the CCP’s more simplified Chinese characters, studying Taiwan’s written Chinese would be more rigorous anyway.)

The State Department should also seek to issue more F-1 visas to Taiwanese than to Chinese nationals. (While in the late 1990s, the numbers of F-1 visas issued to Taiwanese and Chinese nationals were roughly equivalent, in 2018, there were only approximately 8,500 Taiwanese F-1 visas to 99,000 Chinese F-1 visas.) The State Department should also close more Chinese embassies and consulates if they pose a similar national security threat as the Houston consulate did. Congress should also pass the bipartisan Safeguarding American Innovation Act, which President Trump should sign. We should continue our momentum in combating the CCP’s influence on our higher institutions.