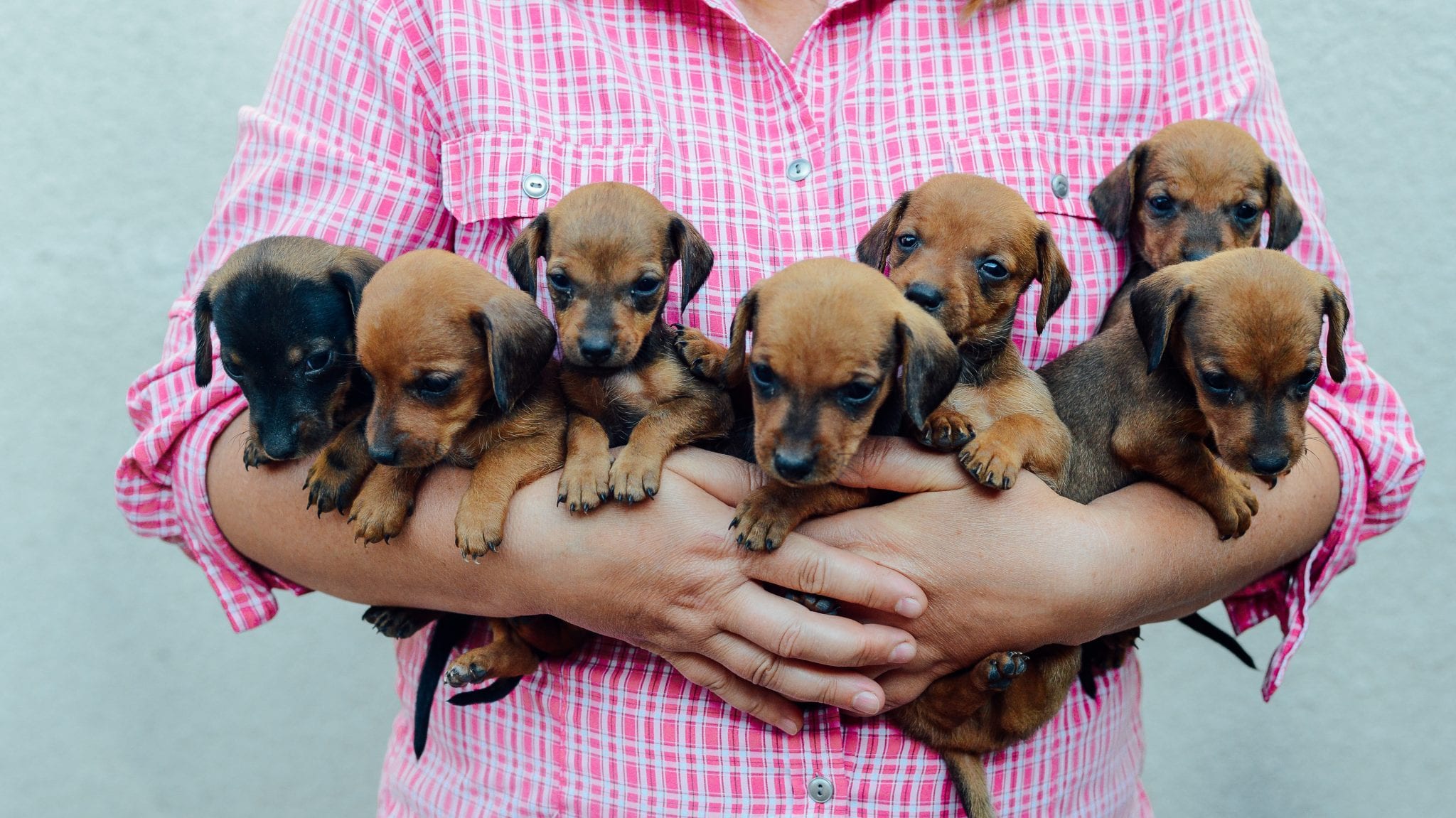 Last week, a woman in Coachella, California was caught on surveillance video tossing a sack full of puppies into a dumpster at a local NAPA Auto Parts store. The footage then shows a homeless man finding the puppies and retrieving them from the trash heap. The video went viral and a host of media outlets poured out abuse on the woman. TMZ called her “sick” and a “bitch.” The social media tribunal called her much worse.

Law enforcement, which often loves to capture headlines, went into overdrive and enlisted the public’s help in identifying the woman, and identify her they did. She was arrested at her home and video (why is there video?) shows her being led away in cuffs like Charles Manson. She currently faces seven felony charges.

The Daily Mail declared the homeless man a “hero” and a “Good Samaritan” for saving the puppies. People reported on the progress of the puppies and expressed sadness when one of them died. Last Sunday all NAPA Auto Parts stores throughout the Coachella Valley hosted fundraisers for a local shelter.

At this point, you’re thinking: How nice! They are going to provide shelter for the homeless man!

According to local news, “All financial contributions will be donated to the ASK foundation, the non-profit partner of Riverside County Animal Services. The foundation will then distribute funds between the puppies, the 38 shelter dogs and other special-needs animals.”

And with that — the video, social media’s verdicts on the woman and the homeless man, the community search for her, the arrest and charges, and the fundraisers — society, self-satisfied, dusted off its collective hands and declared justice served.

Does any of this strike you as a bit over-the-top? It should. It is hard to imagine a greater misapplication of sympathy, energy, and resources.

Every day, all over America, children are discarded with government assistance and without felony charges of any kind. This is done casually, dumpster style. Well, that’s not exactly true. While it is true that few objections are raised and there are no NAPA fundraisers to save these children, there is, as with the puppies, a great expenditure of sympathy, energy, and resources.

At shoutyourabortion.com abortion is celebrated. Here, women tell “giddy” stories of how their abortions inspired them, gave them freedom, made them love themselves more. They proclaim abortion as a liberating and righteous act. If the URL doesn’t make that sufficiently clear, the t-shirts you find for sale in their shop dispel any remaining illusions you might have had. They have slogans like: “Abortion is Freedom” and “Shout Your Abortion” and “I Love People Who’ve Had an Abortion.”

Can you imagine a similar website called, say, killyourpuppies.com where puppy killers cheerily tell their stories about how they killed their puppies? “It was so liberating!” and “I am not ashamed!” they say to the approbation of all. How about a shop on that site selling t-shirts saying, “I Love People Who Kill Puppies”? Of course, you can’t imagine it because our society would never tolerate it. But children? You’ll get everything short of a ticker-tape parade from some quarters of our society.

In 2015, I debated prominent atheist Michael Shermer before a packed house in downtown Seattle. In one exchange, Shermer asked me my view of abortion and, as this article makes clear, I said that I was against it. But Shermer wasn’t going to let me get off with that. So, he did what most pro-choice types do in these discussions — he focused on the one percent of abortions:

Shermer:“[What about] instances of rape or something like that? Or even just a drunken night’s mistake? I mean, stuff happens. S**t happens, alright? Let’s just say it [he chuckles], and people make mistakes …”

At this point, I interrupted.

Me: “With all due respect, Michael, I don’t consider children s**t.”

To my surprise, this Seattle audience erupted with applause and Shermer never really recovered. This wasn’t a case of scoring cheap rhetorical points. Shermer had revealed, unwittingly, his casual disregard for human life. (You can watch the full exchange here.)

But he’s not alone.

I want to be clear that I love animals, dogs most of all. As I write, I sit on my deck and my German shepherd, Ranger, sits at my feet. He is a clever, noble creature. Together we look out on a field where my horses graze, and, when he is not looking, I feed a feral cat that wanders our ranch in search of rodents. One of the things I like about Ranger is that while he is certain that I and my fellow human beings sit atop the created order, he is equally certain that all other animals are beneath him. He treats my granddaughter with dignity, but looks down his angular nose at cats, horses, and goats most of all.

How is it that a dog has the good sense to make these distinctions when we, who are made in the image of God, often do not?