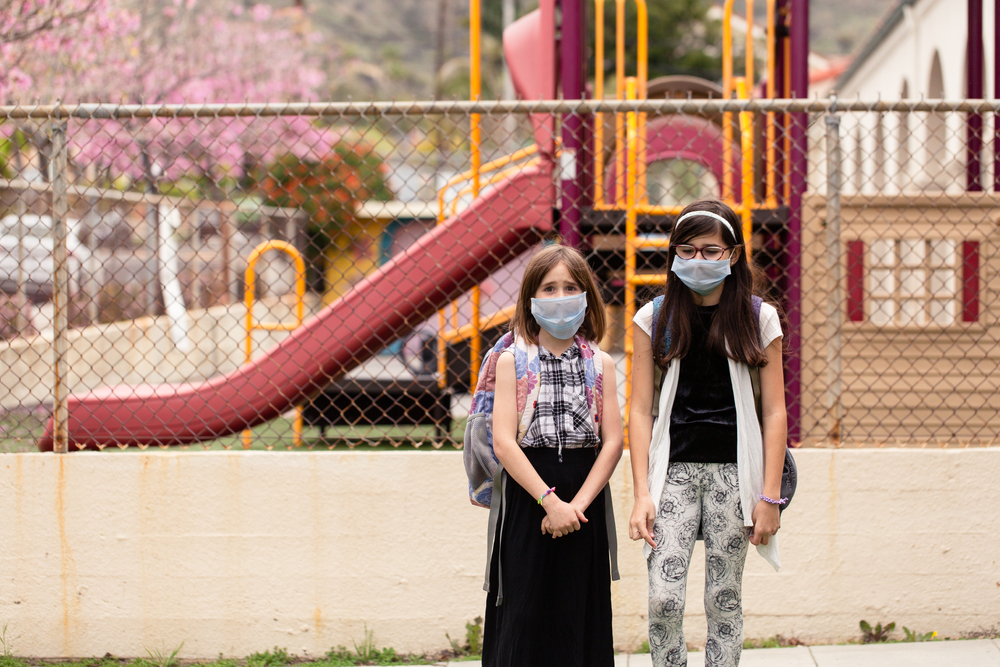 As predicted, the Centers for Disease Control and Prevention (CDC) released their official guidance on school reopening last Friday. This is an important development because it provides a solid road map for allowing students to get back into the classroom. Truly, these recommendations should have come months ago. In a way, I suppose they did. The American Academy of Pediatrics (AAP) began releasing guidance on school reopening all the way back in May 2020. They have updated their recommendations as more information has become available, with the most recent iteration occurring on January 5 of this year. For almost a year now, AAP has recognized what is painfully obvious to anyone who cares about America’s children whatsoever: the kids need to be back in school. Right now.

Not surprisingly, the CDC document contains a lot of the same guidance that many schools have already been following, guidance based on recommendations made by AAP and others. Per CDC, essential components to reopening include what we have come to expect: universal masking, maximizing physical distancing, assessing the level of community transmission, and phased mitigation strategies based on levels of community transmission. This is obviously an oversimplification of the guidelines, and it’s worthwhile to read over the entire document for more details. At this point, anything we can do to get our kids back in the classroom is a step in the right direction. Districts (and teachers unions) still on the fence concerning reopening will have less of an excuse now. The pressure is rightfully on.

The return-to-school saga is becoming an increasingly tricky issue for liberal politicians, as parents living in shuttered school districts are becoming increasingly fed up.

Notably, and admirably, the CDC did not bow to the demands from some public teacher unions who have been demanding vaccination as a prerequisite for in person instruction. In fact, they explicitly state that “access to vaccination should not be considered a condition for reopening schools for in-person instruction.” They do cite the Advisory Committee on Immunization Practices (ACIP) recommendation that teachers and school staff should be prioritized for vaccine distribution, but that’s where it stops. All in all, that seems like a reasonable position.

The new administration has voiced on numerous occasions that they want schools open, and presumably these new guidelines would please them. But it hasn’t been entirely clear thus far what exactly “open” means to them. Even the Washington Post has had to admit the administration has fumbled the ball on what should be a pretty straightforward question. Does “open” mean school attendance one day a week, as Biden’s Press Secretary Jen Psaki said recently? Does it mean five days a week, as Biden himself claimed at his recent town hall in Milwaukee? Call me crazy, but perhaps Team Biden should agree on what the word “open” means before anything else happens. This isn’t a time for needless confusion.

Aside from confusion about terminology, the return-to-school saga is becoming an increasingly tricky issue for liberal politicians, as parents living in shuttered school districts are becoming increasingly fed up. The leftist talking points coming from top scientists aren’t helping the issue either. Both CDC Director Dr. Rochelle Walensky and Dr. Anthony Fauci, the patron saint of COVID-19, are now claiming that for students to be safe in the classroom, President Biden’s $1.9 trillion dollar “American Rescue Plan” must be passed. Within that bill festers a fresh $130 billion that will supposedly help schools reopen safely.

This doesn’t pass the smell test for the average American with common sense — and yes, there are still millions of us in existence. It’s even more ridiculous when you take in to consideration that most of the money allocated towards schools from the last spending spree has yet to be spent. Reportedly, of the $68 billion previously allocated toward K-12 schools from last year’s “rescue,” only $4 billion has been doled out. Perhaps we could spend that money first before we swipe the credit card again!

Not all politicians are thrilled with the bill that Democrats are hoping to ram through in the coming weeks. Sen. Mitch McConnell recently pointed out that, regarding school opening delays, “Science is not the obstacle. Federal money is not the obstacle. The obstacle is a lack of willpower, not among students, not among parents — just among the rich, powerful unions that donate huge sums to Democrats and get a stranglehold over education in many communities.” Bam. That really says it all. And it’s the truth, incidentally. The teachers unions own Democrat politicians in the same way that I own my dachshund, Wendy. She likes to pretend that she’s the one in charge, but we both know she’ll do anything for a belly rub.

Time is running out on this charade. Becky Pringle, president of the National Education Association, recently gushed,

No one wants to return to in-person learning more than the educators who dedicate their lives to helping their students succeed. Educators are encouraged not only by President-elect Biden’s leadership, but also in knowing that there is finally a true partner in the White House who will listen, value the ideas, and act in the best interest of students, educators, and families.

That’s laughably backhanded towards the previous administration’s progress fighting COVID-19, but not unexpected. Well, Ms. Pringle, for what it’s worth, here’s some advice for you and other union boss-types: if you’re so hell-bent on doing what’s best for the kids of this country, no one is stopping you. Literally no one. Now you have a detailed, well-thought-out plan from the CDC, a plan that in many ways mirrors the recommendations put out by AAP about nine months ago. You want folks to really believe that you care about putting the students first? You want us to believe that you aren’t simply playing political games and holding the developing minds of children like poker chips? Prove it. Time’s up. Open now.