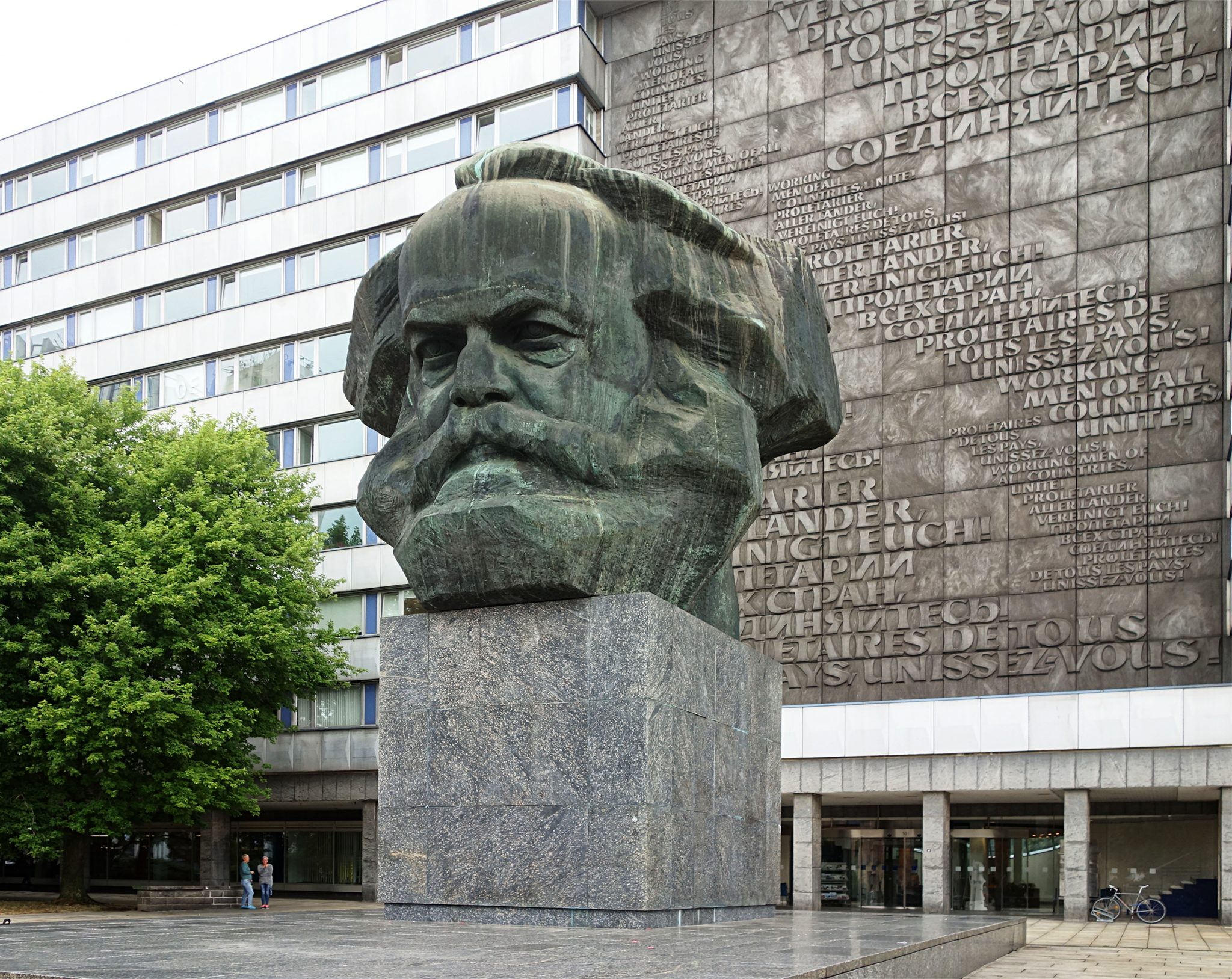 In a cancel culture targeting everyone from Confederate to Union generals, Columbus to Winston Churchill, Francis Scott Key to even Abraham Lincoln and all of Mt. Rushmore, and where the racial statements and attitudes of every historical figure are scrutinized, it’s funny who gets a pass.

A 16-foot-tall bronzed Vladimir Lenin stands unscathed in liberal Seattle, and a new monument to the Bolshevik godfather just went up in Germany. Particularly curious, one wonders why Karl Marx goes untouched.

Remember: the Left’s standard for canceling a historical figure is bigotry. And really, it often takes only one offensive statement from an entire lifetime. That being the case, why hasn’t Karl Marx been canceled?

There are monuments to Marx in Europe, one just erected in 2018. In the United States, there’s a handsome profile of Marx carved in porcelain at one of the Smithsonian museums and a flowery painting at the Guggenheim. In 2018, for the bicentennial of his birth, one of America’s top colleges, Carnegie Mellon University, held a yearlong celebration of Marx, including an accompanying art exhibit dedicated to the man. And who knows how many busts of Marx sit in professors’ offices, safe from protesting college students with spray-cans.

Of course, the reality is that Marx gets a pass from the left because he’s of the left. Leftists ignore or try to separate him from the ideology bearing his name that helped produce over 100 million deaths in the 20th century alone. The dread “dead white European male” tag conveniently eludes Karl Marx, nor does he raise the needle on the Left’s bigotry meter. But alas, he should.

Karl Marx was, after all, a bigot. His attitude toward blacks and Jews alone (not to mention women) would stun Stonewall Jackson. Ugly racial-ethnic stereotypes by Marx are littered throughout his writings.

Consider how Marx spoke of his own son-in-law, Paul Lafargue, husband of his daughter Laura. Paul came from Cuba, born in Santiago, and Marx thus viewed him as marred by “Negro” blood and denigrated him as “Negrillo” or “the Gorilla.” Karl never let up his ridicule of poor Paul. In November 1882, still 14 years after Lafargue and Laura married, Marx complained to Engels that “Lafargue has the blemish customarily found in the negro tribe — no sense of shame, by which I mean shame about making a fool of oneself.”

Marx had a friendly audience for such views in Friedrich Engels, his Communist Manifesto partner. Engels, a proud Darwinian, averred that Paul possessed “one-eighth or one-twelfth nigger blood.” In 1887, Lafargue had been a political candidate for a council seat in a Paris district that contained a zoo. In an April 1887 letter to Paul’s wife, Engels cruelly opined, “Being in his quality as a nigger, a degree nearer to the rest of the animal kingdom than the rest of us, he is undoubtedly the most appropriate representative of that district.”

Karl Marx freely dispensed with nasty epithets aimed not only at blacks but at Jews. Biographer Jonathan Sperber notes that Marx’s correspondence is “filled with contemptuous remarks about Jews.” Even his admiring biographer Francis Wheen, who habitually defends nearly everything about Marx, admits that he “sprayed anti-Semitic insults at his enemies with savage glee.”

Of one contemporary, Marx blasted his “cynical, oily-obtrusive, phony-Baronial Jew-manners.” Particularly loathsome to Marx was anyone he suspected of part Jewish and African roots. Marx referred to his fellow German socialist Ferdinand Lassalle as a “greasy Jew,” “the little kike,” “water-polack Jew,” “Jew Braun,” “Yid,” “Izzy,” “Wily Ephraim,” “Baron Itzig,” and “the Jewish Nigger.” In a July 1862 letter to Engels, Marx confidently observed of Lassalle, “It is now perfectly clear to me that, as the shape of his head and the growth of his hair indicates, he is descended from the Negroes who joined in Moses’ flight from Egypt.” Lassalle’s “cranial formation,” detected Marx, was the giveaway. Marx did, however, allow for an exception: “unless his mother or grandmother on the father’s side was crossed with a nigger.” Marx chortled, “This union of Jew and German on a Negro base was bound to produce an extraordinary hybrid.” He also hastened to add, “The fellow’s importunity is also niggerlike.”

One of Marx’s worst expressions of anti-Semitism was his painful 1844 essay “On the Jewish Question.”

“What is the worldly cult of the Jew?” asked Marx. His answer: “Haggling. What is his worldly god? Money.” He growled, “Money is the jealous god of Israel before whom no other god may exist…. The bill of exchange is the actual god of the Jew. His god is only an illusory bill of exchange.” The Jew, Marx snarled, had become “impossible.” The German chillingly concluded, “The emancipation of the Jews, in the final analysis, is the emancipation of mankind from Judaism.”

In his seminal edited volume on Karl Marx and religion, Saul Padover said that Marx — who was, ironically, an ethnic Jew — had “learned to despise and hate the people from whom he originated. This was an expression of what the Germans call Selbsthass (self-hate), a trait which Karl Marx displayed throughout his whole life.” Padover was taken aback by “the extent and virulence of his anti-Semitism.”

Karl Marx summed it up plainly in a letter to his longtime friend Arnold Ruge in 1843: “the Israelite faith is repulsive to me.”

Much more could be said. This is far from a full testimony of Marx’s awful attitudes.

Remember: the Left’s standard for canceling a historical figure is bigotry. And really, it often takes only one offensive statement from an entire lifetime. That being the case, why hasn’t Karl Marx been canceled? Why aren’t angry mobs staging sit-ins outside professors’ doors insisting their busts of Marx be tossed to the ash-heap of history? Why do universities celebrate the man? And where’s Black Lives Matter on this one?

We know the answer. Karl Marx is an icon to the Left. Just like progressives’ calls for tolerance and diversity, their calls for canceling and removing are highly selective — or, more bluntly, highly hypocritical.