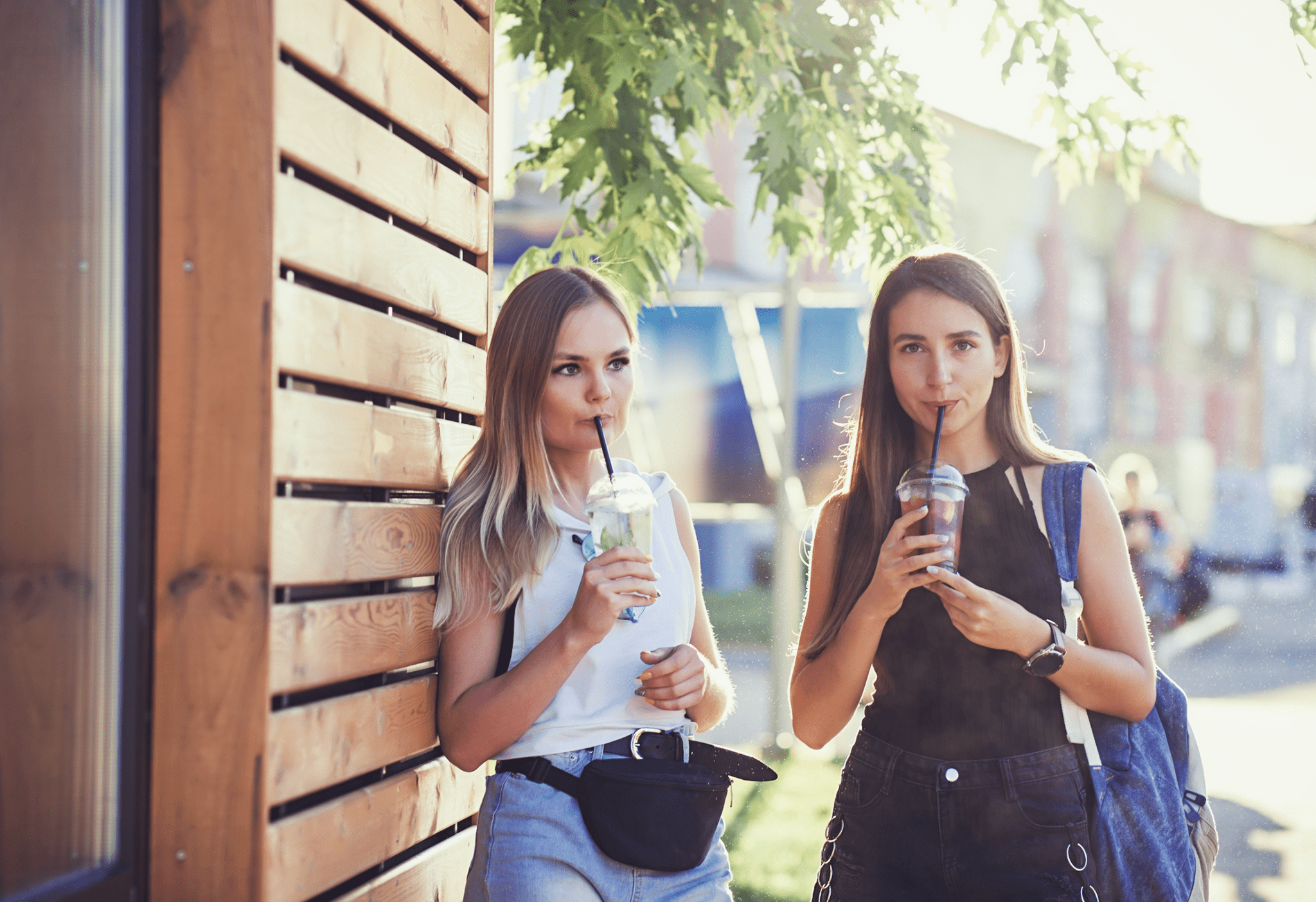 In yet another insidious display of how leftists politicize everything, Teen Vogue is taking a timeout from fashion to teach young girls they shouldn’t like Ronald Reagan. The piece, clumsily titled, “Ronald Reagan Wasn’t the Good Guy President Anti-Trump Republicans Want You to Believe In,” went to such Reagan authorities as a Miss Major Griffin-Gracy, described as a transgender veteran of the Stonewall uprising, to inform girls that “Reagan was so wrong for the country.”

Tell that to the country that in 1984 reelected Reagan in a landslide, carrying 49 of 50 states and winning the Electoral College 525 to 13. That was an electorate with a majority of registered Democrats. Such simple data is not shared with girls perusing the pages of the intrepid Teen Vogue.

“Where to even begin?” asks the author, Lucy Diavolo, in hazarding to lay out the litany of the Reagan nightmare. “Historical revisionism is, in short, not cute!”

Not cute indeed, Ms. Diavolo. Among Reagan’s ugliness, we’re told, was that he not only helped foster AIDS but “helped exacerbate the racist injustices at the very root of our so-called justice system, helping set the stage for the Black Lives Matter protests.”

The author laments that “Reagan wrote the script” for a “mythical American exceptionalism.”

Unfortunately, the Left has done a dandy job blowing up such images of exceptionalism. Progressives want to ensure us that the nation that Reagan admired as a Shining City is anything but.

That Teen Vogue gem, “Who Is Karl Marx: Meet the Anti-Capitalist Scholar,” informs girls how Marx’s “ideas can still teach us about the past and present.” Among those ideas: “There’s this myth of the free market, but Marx shows very clearly that capitalism emerged through a state of violence.”

You see, it’s capitalism, not communism, that begets violence. Quite a claim for an ideology responsible for the deaths of at least 100 million people in the 20th century alone.

Such inconvenient facts about Karl Marx didn’t make their way into this terrible article. Alas, I’m here to help. In fact, I’ll narrow the focus. For the girls of Teen Vogue, here are some things you should know about the girls in the life of Karl Marx, which your friends at the magazine evidently don’t care to share. The truth is that Karl Marx didn’t exactly have a rosy track record with girls. To borrow from Ms. Diavolo, well, where to even begin?

For starters, Marx’s relationship with his daughters was, at best, complex. Marx preferred sons, after all.

“My wife, alas, delivered a girl and not a boy,” he regretted to his partner, Friedrich Engels, of his wife Jenny’s deficient birthing abilities. Marx would later lament to one of his daughters, who likewise gave birth to a girl: “I congratulate you on the happy delivery…. I prefer the ‘male’ sex among children who will be born at this turning point in history.”

Marx’s daughters lived lives of hopelessness and despair. In fact, four of Marx’s six children died before he did, including his oldest daughter. Marx’s two surviving daughters committed suicide in joint suicide pacts with their husbands.

As for the sons-in-law, that was another unhappy tale. Marx detested both, whom he viewed as idiots. He wished: “To hell with both of them!” He particularly disliked Laura’s husband, Paul, whom Marx ridiculed as “Negrillo” or “The Gorilla” because he was half Cuban and had some “Negro” blood in his veins. (Marx was a racist — another fact left out of Teen Vogue’s cheerful presentation to its readers.)

As for the other girls in the Marx household, Karl had a sexual relationship with the young nursemaid, Helene Demuth, known as “Lenchen.” She had actually long worked as a housemaid for Jenny’s family, the Westphalen family. Lenchen and Jenny grew up with one another. Jenny’s mom sent Lenchen to the Marx home in Brussels in April 1845 to help out, given that Karl (as both his wife and mother lamented) preferred writing about capital rather than earning capital.

Actually, it isn’t quite right to say that Lenchen worked for the Marx family, given that she toiled without pay, almost like an indentured servant for life, as Karl’s chattel. The champion of the proletariat never paid Lenchen a penny. The stumpy, frumpy girl gave her everything to the Marx household.

Karl, who refused to bathe, groom, and suffered from boils all over his body (including his penis), eventually bedded Lenchen behind Jenny’s back. Historians have no idea how often or the exact circumstances, including whether or not Marx’s use of Lenchen as sexual receptacle was consensual. Wrote one biographer (Robert Payne): “That she was virtually his bondslave was a matter of entire indifference to him. It was enough that she was available to serve his sexual needs…. We shall probably never know whether he raped or seduced the servant, though the large number of images concerned with rape in his later writings suggest that it was rape rather than seduction. In due course a child was born.”

Karl’s long-suffering wife was crushed. He already put the poor woman through hell via his refusal to work. “Every day my wife says she wishes she and the children were safely in their graves,” Marx told Engels.

The father of communism refused to concede he was the father of this unfortunate child, and naturally refused child support. Marx shirked this moral responsibility, too. Here again, it would be Engels, who subsidized Marx and the family, bailing him out yet again. Yes, Engels, Karl’s sap and sugar daddy, claimed responsibility for the pregnancy. The kid was shipped off to foster parents and cut off from the Marx household.

As one Marx biographer (Mary Gabriel) put it, “Engels cared not a whit about his reputation, especially with regard to women,” with whom he regularly shacked up, never daring to marry. Engels refused to wed the devoted women who loved him.

Engels no doubt nodded when Marx wrote to him, “There is no greater stupidity than for people of general aspirations to marry and surrender themselves to the small miseries of domestic and private life.” Marx told Engels, “Blessed is he who has no family.”

Marx conveyed this view to his own would-be sons-in-law. Marx told his son-in-law, Paul Lafargue, a.k.a., “The Gorilla,” “If I had to live my life over again… I would not marry.” (This correspondence was related to the question of Lafargue’s prospects for marrying Marx’s daughter. Marx seemed happy to do his part to help dissuade “Negrillo.”)

Marx was never one for financial or moral responsibility. The same was true for his ideology, of course.

But nonetheless, Karl Marx has plenty of descendants today — they are his ideological children. They thrive at our universities and are recommended to our children — to young girls even — by embarrassingly clueless sources like Teen Vogue.

Well, all of that and much more is apparently too much for Teen Vogue to deal with. At Teen Vogue, guys like Ronald Reagan are the bad guys. Karl Marx is good.

Paul Kengor
Follow Their Stories:
View More
Paul Kengor is professor of political science at Grove City College in Grove City, Pa., and senior academic fellow at the Center for Vision & Values. Dr. Kengor is author of over a dozen books, including A Pope and a President: John Paul II, Ronald Reagan, and the Extraordinary Untold Story of the 20th Century, The Politically Incorrect Guide to Communism, and Dupes: How America’s Adversaries Have Manipulated Progressives for a Century.
Most Popular
1
In Print
COVID and the Illusion of Control
by Phil Kerpen

4
Hither and Yon
Big Tech v. America: How to Fight Back and Win
by Scott McKay

6
Cultural Decline
The Valley of the Dead
by Matthew Omolesky

In the dedicatory preface to his 1904 play Peter Pan;...Read More