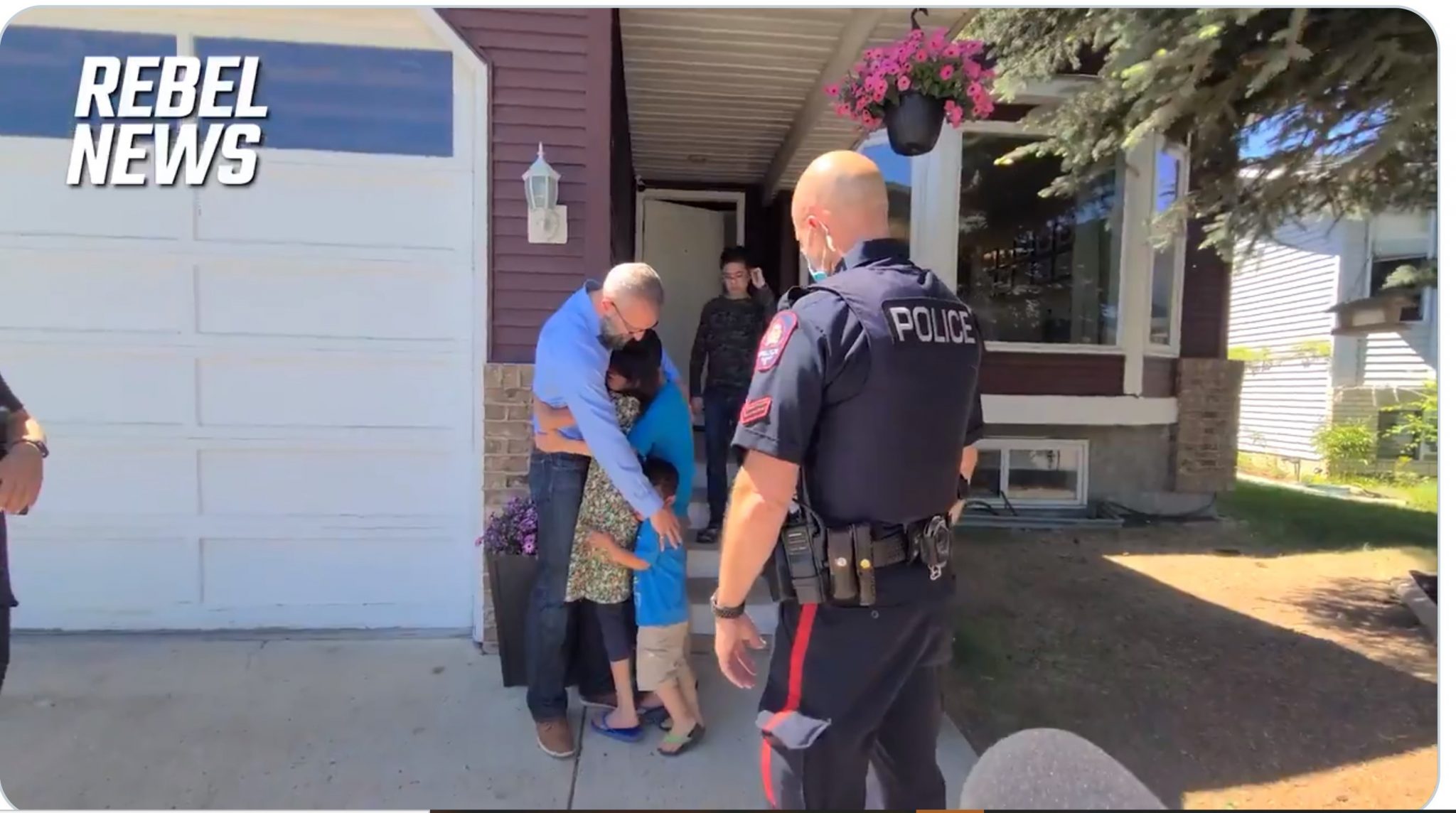 Arrested at home, detained on the highway, and accosted in church — all three instances of suppressing liberty have plagued pastors this past year amidst restrictive COVID lockdowns. And these crackdowns are not occurring in Iraq, North Korea, or Nigeria, but in the West — in Canada.

The most recent Canadian religious leader to face fines and jail time for defying COVID lockdowns is Tim Stephens, pastor of Fairview Baptist Church in Alberta. Stephens was accused of holding a large, maskless, and non-socially distanced worship service and was arrested by Calgary police. After a police helicopter discovered Stephens’ congregation meeting for a secret outdoor service on June 13, Stephens was apprehended the next day. In front of his home, his eight children cried as Stephens embraced the family before peacefully complying with the arrest.

Stephens’ wife, Raquel, questioned an officer, saying, “No other jurisdiction is imprisoning pastors for breaking health orders … Are you going to take me away from them [her children] too?”

Stephens’ purported crimes are violations of Alberta’s still-enforced COVID restrictions. As of June 10, Alberta entered their “stage two” of reopening with most buildings capped at 33 percent occupancy. Dining in a restaurant, attending church services, and having indoor gatherings remain prohibited in Alberta.

This is the second time Alberta Health Services has served Stephens a charge. Last month, they failed to provide a court order he was accused of violating. Stephens currently remains in custody after denying a Justice of the Peace’s bail condition, which was agreeing to cease holding worship services. His next court appearance is scheduled for June 28. He will be represented by the Justice Centre for Constitutional Freedoms, which is advocating for his immediate release. Raquel Stephens organized a peaceful rally for her husband and for religious liberty in Canada on Saturday.

Pastor Stephens’ arrest is not an anomaly. Another pastor in Alberta, James Coates, spent a month in jail and was issued a $1,500 fine in March after breaching bail by refusing to comply with the Canada’s COVID laws. Before his arrest, Coates’s GraceLife Church was surrounded by security cars and police put up wire fencing around the building to prevent entry.

Coates said to the judge, “I’m simply here in obedience to Jesus Christ, and it’s my obedience to Christ that has put me at odds with the law. The court is aware that I’m contesting the legitimacy of that law but please, make no mistake … I’m not trying to make a point. I’m not a political revolutionary.”

Similarly, Artur Pawlowski, pastor of Cave of Adullam and founder of Street Church Ministries, was accosted by police in April when they attempted to shut his church down without a warrant. Pawlowski demanded that the police leave the church premises immediately, calling them “Nazis” and the “Gestapo.”

Calgary police pulled Pawlowski over after the conclusion of the church service. As the officers arrested him and dragged him on the road, he protested, calling them “Gestapo psychopaths.” Pawlowski was then placed in solitary confinement for 30 hours.

Pawlowski described to Laura Ingraham on Fox News how he escaped tyranny and persecution in Poland in 1990 to embrace freedom in Canada. He explained that he now believes that Canada is “some type of a hybrid between fascism and communism.” He argued that Calgary’s restrictions are authoritarian: “When I grew up beyond the iron curtain, that’s what we were receiving on a daily basis: lies, manipulation, and misinformation.”

Pawlowski concluded, “My message to you is watch what’s happening here because it’s coming your way, unless you rise up, stand up, and fight.”