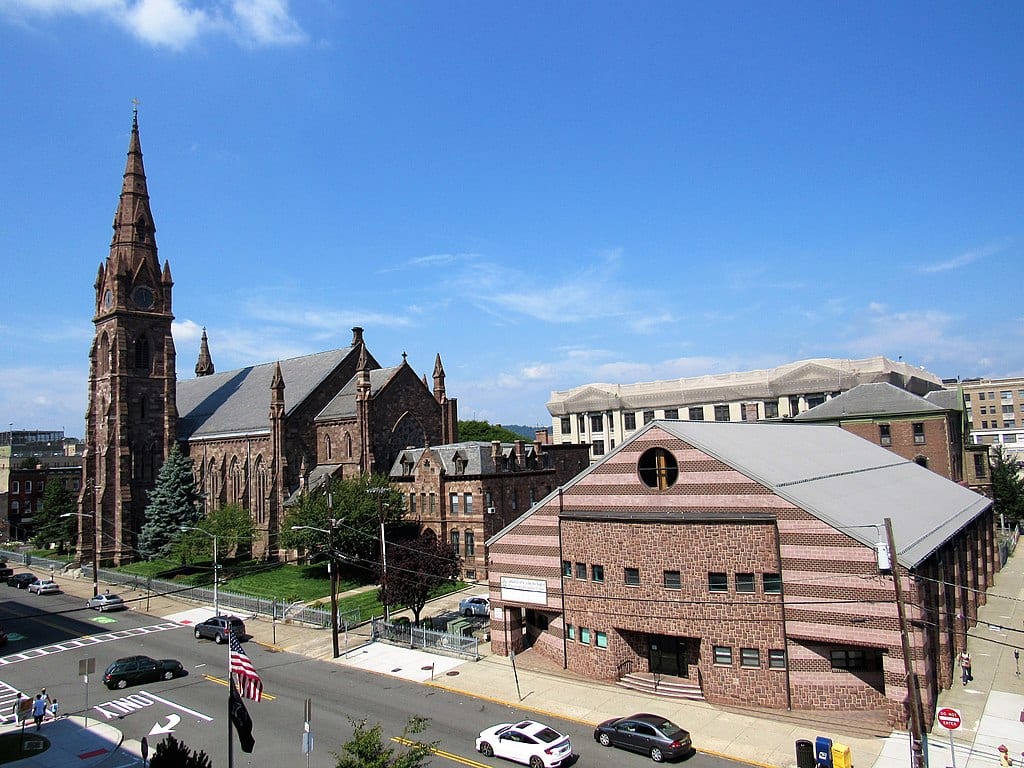 In September of this year, Kenneth Lasch, a retired monsignor from the New Jersey diocese of Paterson, went public with his story of ignored whistle-blowing against a priest still serving in Paterson. Both the Boston Globe and CNN told Lasch’s story without naming the priest to whom Lasch was referring. They reported Lasch’s charges and his complaint that no one in the Church, including Cardinal O’Malley, who heads up the Pontifical Commission for the Protection of Minors, had taken his charges seriously.

Lasch said that the unnamed priest had liquored up an 18-year-old male who came to him for vocational guidance, then “abused” him. At the time he started “grooming” the teen, the priest was a deacon. The Boston Globe reported:

The accused priest has worked on recruiting young men to the clergy, said Lasch, who declined to identify the priest or his alleged victim. The monsignor, a church whistle-blower and outspoken advocate for survivors of clergy abuse, said his previous outreach to local prosecutors, the bishop of Paterson, and the Vatican resulted in little or no movement in the case.

“This young man, an 18-year-old high schooler, was given to a deacon at the time to talk about the possibility of his becoming a priest, but the boy was struggling with the obligation to celibacy,” said Lasch, a canon lawyer.

The alleged victim told him in 2005 of his sexual encounter with the priest, two decades after the alleged misconduct, the monsignor said.

“He invited me to baptize his boy, and in the course of that conversation, I said, ‘Did this deacon priest ever approach you inappropriately?’ He said, ‘Oh my God, yes,’” Lasch recalled.

“The deacon groomed him into a friendship, a relationship. During the Christmas holidays, a few months after being ordained a priest, he invited him to dinner. Both of them got drunk, and he engaged him in sex.”

But who is the priest? Where did he end up? And where is he now? I was told by Paterson sources that the priest on whom Lasch blew the whistle is none other than Paterson’s former vocations director, Hernan Arias. I called up Lasch and he confirmed that Arias is the unnamed priest. Lasch said that his complaints finally forced the Vatican to look into the matter, but he didn’t know the status of that investigation.

According to multiple Paterson sources, Arias’s misconduct continued during his tenure as vocations director and in later prominent postings. He in effect used these perches as a gay dating service, all while enjoying the patronage of Paterson’s bishop, Arthur Serratelli.

I have been told that Arias and Serratelli are so close that diocesan insiders call Arias “Mrs. Serratelli or the First Lady.” One source said that “Serratelli, Arias, and Edgar Rivera (the current vocations director) go on vacation every year together to the Dominican Republic.”

Arias remains pastor at St. Margaret’s parish in Morristown, New Jersey, even though he is no longer in the country. In September, Serratelli issued a quizzical statement, saying that “due to the stress he has been experiencing” Arias would spend “time away” from his parish for “health reasons.” Since then, Arias has evidently been in Latin America.

But this last week I heard from a Paterson source who said that “it looks like Arias is coming back,” which suggests the Vatican investigation has been resolved in his favor. “He is getting away with it. It is so disgusting. This man is a sexual predator,” this source said, pointing me to a recent Facebook posting from St. Margaret Church in which Arias tells his parishioners about his time in Colombia and then casually mentions that he is “hoping to return in the middle of January or beginning of February.”

In other words, it is business as usual in the Church. Unless pressure from the secular media or state authorities causes the Church to act, its officials remain willing to run interference for priests like Hernan Arias. They simply don’t think it is a big deal that the Kevin Spacey types in the Church prey upon male teenagers. In the archdiocese of New York City, it came out recently that a gay pederast was still serving in parishes even after Church pay-outs to his victims. It wasn’t until the New York Times’s exposé of the matter that Cardinal Dolan cut the priest loose.

These scandals pervade the Church and should make the public very suspicious of the hierarchy’s recent self-accounting. We are seeing more and more diocesan self-published lists of “credibly accused” priests, which never define the criteria for “credibly accused” and exclude priests who prey upon “adults,” even if those “adults” fall near the line of underage abuse. You won’t find on the lists pederasts who wiggle away on legal or ecclesiastical technicalities. Perhaps Arias, taking advantage of this business-as-usual ethos, can time his glorious return to Paterson to coincide with the Vatican’s “abuse summit” in February.