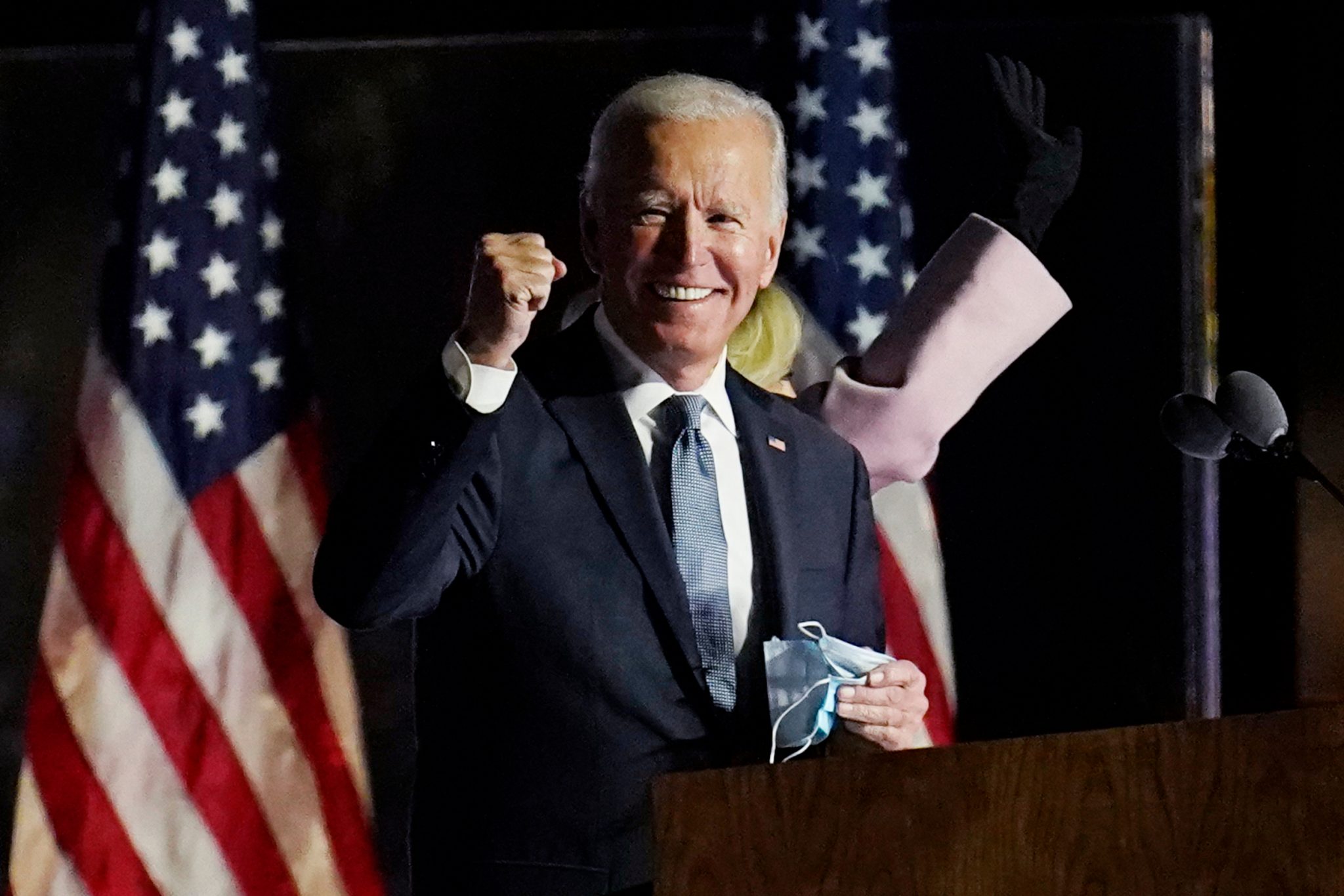 There has never been a president of the United States who spoke of the soul as much as Joseph R. Biden. In dozens of campaign speeches, including his Gettysburg speech, when Biden spoke of being engaged in a “battle for the soul of the nation,” the idea of “battling for the soul” has been a preeminent theme. Likewise, in one of her first tweets after being named Biden’s running mate, Kamala Harris tweeted out the phrase. Although the hyperbolic phrase of “battling for the soul” is a common one for a number of politicians on both sides of the aisle, Biden not only uses the phrase more than any of his predecessors — inserting the “battle for the soul of the nation” into everything from campaign speeches to the campaign website — but he has extended the idea of the battle to refer to the battle he is waging within his own soul.

Indeed, in his inaugural speech on January 20, Biden spoke directly of his soul: “On this January day, my whole soul is in this: bringing America together.” Claiming that in order to “restore the soul and to secure the future of America,” we need unity, Biden’s lofty language on Inauguration Day would truly have been inspiring if only it were true. But, within hours of his call for unity, President Biden issued a series of executive orders designed to divide women against men, poor against rich, Blacks against Whites, people of faith against those with none, and the transgender community against the rest of us — all the while sacrificing the conscience rights of people of faith and the right to life for unborn children.

The debt has now come due. The executive orders — demonstrating exactly to whom Biden is now beholden — are just the start. Still, it is helpful to look closely at exactly who is holding President Biden hostage.

Planned Parenthood, of course, was a big player in this election. Buying Biden’s allegiance — and presumably his soul — the Planned Parenthood Action Fund tripled election spending in 2020 pumping more than $45 million to help Biden defeat President Donald Trump. This was three times what Planned Parenthood spent in the 2016 presidential election and eight times what it spent in the 2018 congressional races. President Biden has already promised to overturn all of the pro-life policies of the Trump administration and marked the 48th anniversary of the Supreme Court’s ruling establishing the right to an abortion in Roe v. Wade by promising to enshrine abortion rights into federal law.

Beyond abortion, transgender activists were also big partners in the Biden deal, and the debt is already being repaid. LGBTQ activist and philanthropist Jon Stryker — the billionaire heir to his family’s multi-billion-dollar medical corporation — made a “six-figure” personal campaign contribution to the Biden campaign. But that is nothing compared to the millions Stryker has pumped into the current campaign for transgender rights through his LGBTQ NGO, the Arcus Foundation. According to investigative journalist Jennifer Bilek, “Arcus deploys millions of philanthropic dollars each year to filter gender identity and transgender ideology into American law through their training of leaders in political activism, political leadership, transgender law, religious liberty, education, and civil rights.” Arcus funds organizations including the Victory Fund, the Center for American Progress, the ACLU, the Council for Global Equality, the Transgender Law Center, the Trans Justice Funding Project, and the OutRight Action International as well as Human Rights Watch, the United Nations, Amnesty International, and GLSEN — all of whom helped to elect President Biden and are now looking to be repaid in expanding rights for the transgender community.

Researchers are already promising that there can be a future where women are not needed for reproduction. The transgender movement — through President Biden — is paving the way for that future.

It is no surprise that one of President Biden’s first executive orders was to effectively rebrand the fetish of transsexualism by attempting to normalize it. But, in order to do that, President Biden has had to sell out his female supporters by sacrificing female biology and in some ways denying women’s very existence. Last year, three female high school track and field competitors in Connecticut filed a federal Title IX Discrimination Complaint seeking to block biological male athletes from participating in girls’ sports. The complaint maintains that allowing biological male athletes to compete against girls violates Title IX. A judge has agreed with the female athletes, but Biden’s executive order threatens to reverse that and destroy the hard-won gains women have made through Title IX — effectively destroying women’s sports.

Most feminists understand what is happening here, but those who have spoken out have been villainized and called “TERFs” — an acronym for trans-exclusionary radical feminists — a slur used to demonize those who disagree with the gender identity industry. President Biden may not realize that he has sold his soul to profiteers in the abortion and the gender identity industries with an eye to the elimination of the need for biological women. Researchers are already promising that there can be a future where women are not needed for reproduction. The transgender movement — through President Biden — is paving the way for that future. Promising a spectrum of sexual identity in which sex is not needed for procreation, the industry promises a time when women will become obsolete — and that is exactly what the transgender activists are hoping for — a non-binary world in which gender is on a spectrum and in which we have been completely dissociated from our bodies.

It is likely that President Biden does not even realize the peril he has put the country in with his divisive and dangerous executive orders. He may not even realize that he has sold his soul to those with evil intentions — those willing to sacrifice unborn children for financial gain and willing to sacrifice women’s well-being for a promised transgender/trans-human utopia.

It is not too late to reverse some of this, but most do not even realize what is happening. In time, the sixth century Theophilus realized the costs he had incurred by making a pact with the devil. For 40 days he renewed his supplications and begged for forgiveness. Whether President Biden will ever realize the deadly deal he has made remains to be seen.