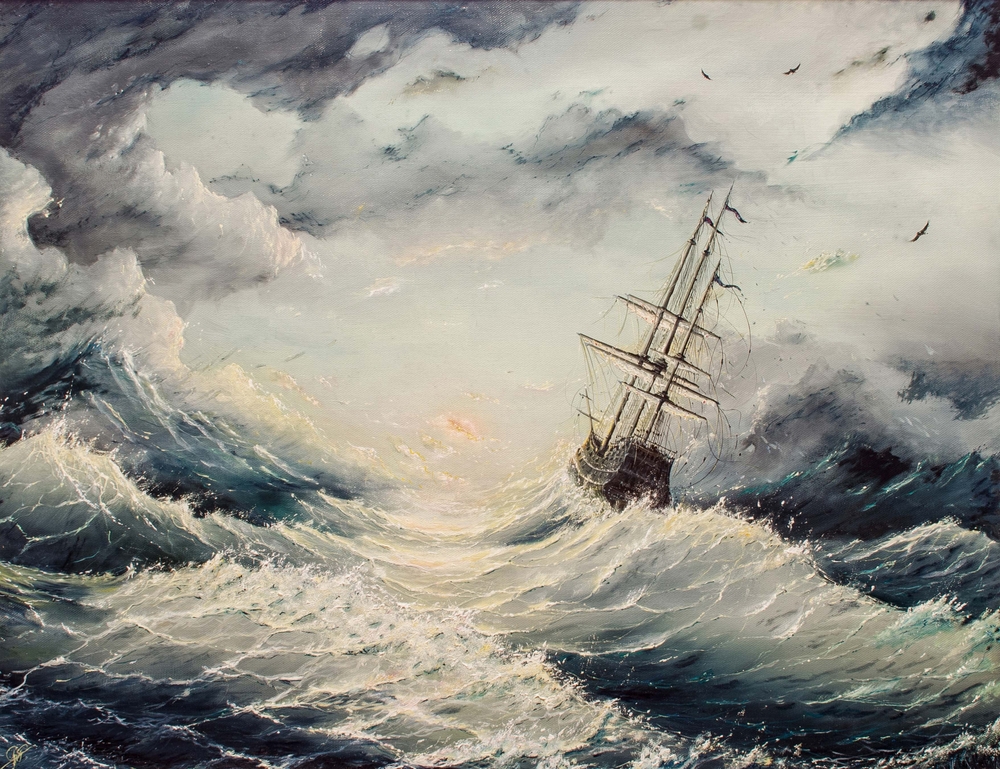 To turn the page or to wallow in the old resentments? The Jewish answer is l’chaim — choose life. But here it is: the lib-left has blood on the brain, and from Hollywood to the deep caucuses of the party in power, their ears are stopped, and they hear neither compassion nor practical expediency.

For while it is true that the past is never dead, in the oft-misunderstood line from Faulkner’s Requiem for a Nun, it is also true that you get it wrong, and you find yourself in Groundhog Day zone, making a farce or worse of what should be a tragedy. And, as Sen. Mitch McConnell appears to be doing, according to such sharp observers as the New York Post’s Michael Goodwin, you slide into disloyalty to your party and your own principles and you only make the other lot ask for more blood, more concessions, more tyrannous state power and thought control.

Whew, bad scene. When Tucker Carlson urges the Democrats to chill out and revel in victory, he is surely being sarcastic; he knows such happiness, but also and more crucially in moral and patriotic terms, such generosity of sentiment and deed, is beyond them. Bad scene.

Calm waters are supposed to follow a smooth and peaceful transition of power, hallmark of a successful democratic system. We can argue about how peaceful this one was, and we can argue about whether the attempts to make it anything but peaceful began with the spring and summer riots, the witch hunts upon dissenting thought and speech and conscience, or came about only after the election, when anxieties about voting security reached a fever pitch that boiled over in mayhem.

So let us argue. But to do this in a manner consistent with the preservation of our Republic, we should take our disagreements out of an inflamed political arena and take strength from the realms of the spirit. Then, reinvigorated and intellectually recapitalized, we can go into the midterms and commence another round of mutual recriminations, dirty tricks, and the rest of our habitual ways of choosing our elected officials.

Conrad would later draw complex, tortured souls and show their inner lives in such novels as Lord Jim and Heart of Darkness, but here he lets his hero’s behavior in the face of hard reality suffice. The reality is a typhoon in the China Sea — a hurricane, or “perfect storm.”

MacWhirr captains the Nan-Shan with some cargo and some 200 Chinese contract laborers returning home. Noting a sudden precipitous fall of the barometer, he comments, “There must be some uncommonly dirty weather knocking about.” He has been at sea all his life; on his first voyage, at age 15, he wrote to his parents of his promotion to Ordinary Seaman: “Because I can do the work.”

His young chief mate, Jukes, advises “getting behind the weather,” but MacWhirr will have none of that. “A gale is a gale, Mr. Jukes, and a full-powered steamship has got to face it.”

It is far more than a gale. It is a typhoon, and Jukes, who has a haughty contempt for the undemonstrative and, by his lights, unsophisticated old seaman, is near panic. MacWhirr keeps him steady:

“By all the powers! We’ve got it this time,” observed Jukes in a howl.

“No, sir. Certainly not. Wind came out right ahead. And here comes the head sea.”

A plunge of the ship ended in a shock as if she had landed her forefoot upon something solid. After a moment of stillness a lofty flight of sprays drove hard with the wind upon their faces.

“Keep her at it as long as we can,” shouted Captain MacWhirr.

Before Jukes had squeezed the salt water out of his eyes all the stars had disappeared.

The next few hours — 30, but it must feel like forever — are the worst even Captain MacWhirr has ever experienced: “[H]e could expect no relief from anyone on earth [as can Jukes, following rather than giving orders]. Such is the burden of command.”

The main deck is shattered, the lifeboats are swept away, the engine dies, and the coolies riot as the storm knocks them about and shatters their personal chests, scattering their belongings, including the wages (paid in kind) that they are bringing to their families.

Captain MacWhirr gets the ship through the storm. Seconded by Jukes and the engineer, he saves his ship, crew, and passengers. He pays off and dismisses the insubordinate second mate, whose nerve failed in the storm.

The Chinese coolies’ possessions and wages having been recovered to the degree possible, Captain MacWhirr distributes everything equally, on the assumption that if they turn the problem over to local authorities, the men will be robbed. Jukes grudgingly agrees that is the fairest way to handle the issue.

But the young chief mate cannot quite get over his prejudices, which, I suppose, today would be called elitist. Writing about the extraordinary voyage to a friend serving on another ship, he concludes, “The skipper remarked to me the other day, ‘There are things you find nothing about in books.’ I think that he [MacWhirr] got out of it very well for such a stupid man.”

Conrad sees in young Jukes’ discipline, despite his doubts, the quality that saves him from the snobbery that duty at sea has not yet taught him to eschew. At the height of the storm, Captain MacWhirr, knowing the second mate has lost his nerve, tells his chief mate, “There’s not much left above deck for the sea to take away — unless you or me.”

At first the young officer demurs, but the captain presses his point, in what for him is an unusually long speech, saying that, should the sea take him away,

“Don’t you be put out by anything. Keep her facing it. They may say what they like, but the heaviest seas run with the wind. Facing it — always facing it — that’s the way to get through. You are a young sailor. Face it. That’s enough for any man. Keep a cool head.”

“Yes, sir,” said Jukes, with a flutter of the heart.

Many, yesterday, found it sporting to gloat and call for more humiliation of a man who tried by his lights to guide our country through a time of “uncommonly dirty weather.” They applaud a plan premised on the promise of a nanny state that thrives on resentment and group-think to deliver clean weather and safety. But there are Captain MacWhirrs in our great country, we may be sure.