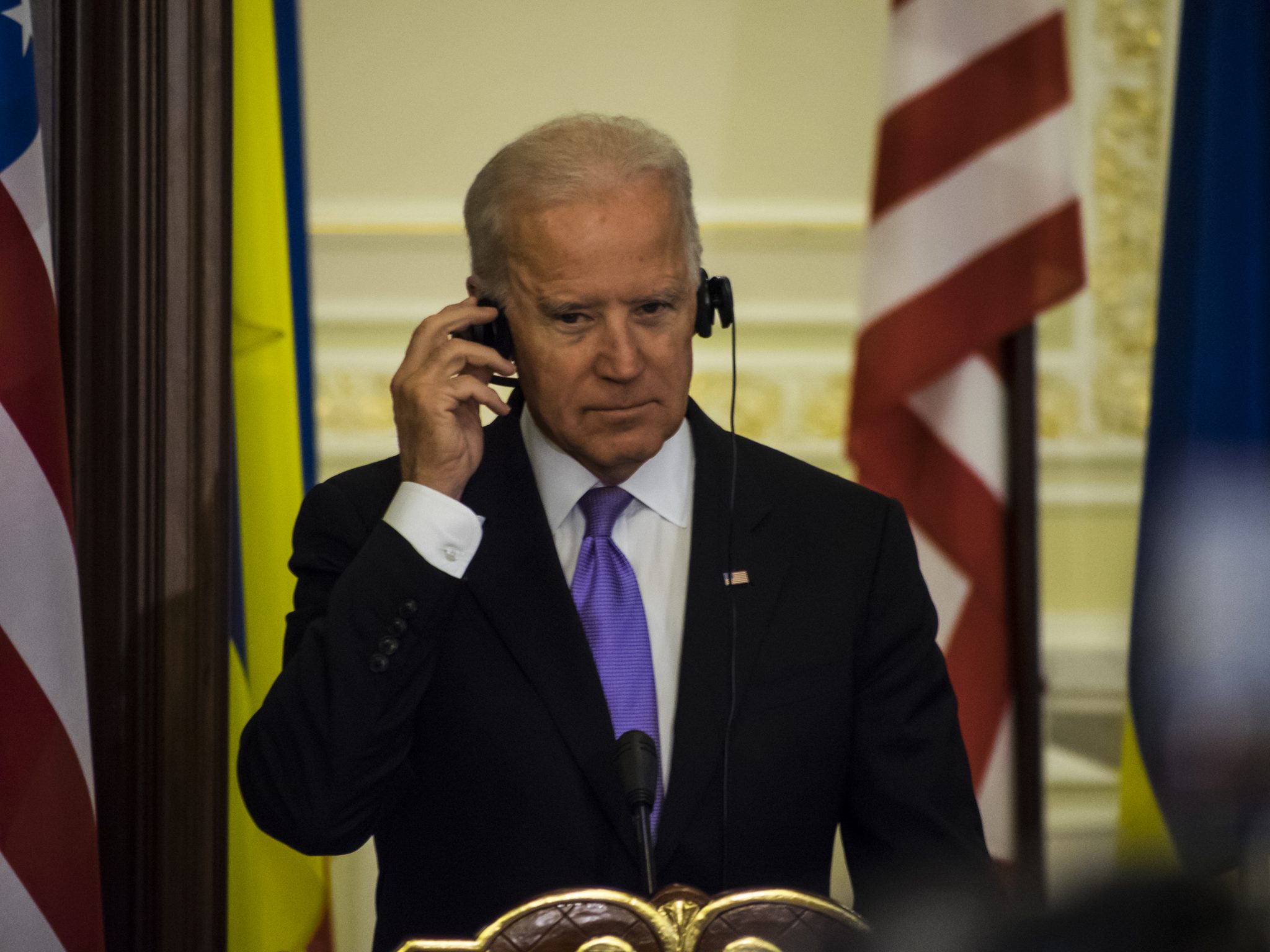 As was all too apparent Thursday night, Joe Biden seems to have devolved even further into the role of Charlie McCarthy to Barack Obama’s Edgar Bergen (Look it up, kids). To quote Mark Steyn from another context, the overall effect of Biden’s speech was “like a ventriloquist sticking his hand up a corpse.”

Unlike Kamala Harris, who read from at least two teleprompters and spoke to a skeletal audience, Biden read from a sole teleprompter and spoke to no one visible. Then too, what he did say was largely recycled from his own speeches and those of others. At least to those who know the score, however, Biden still managed to sound seriously off-key on one particular point: his repeated inference that Trump was “cozying up” to Putin.

To be sure, Biden’s Russia bluster was recycled as well. In his 2008 acceptance speech, he accused the Bush administration of neglecting the Russian threat. “We will hold Russia accountable for its actions,” Biden thundered, back in the days when thundering was in his range. As history records, he and Obama did just the opposite. No matter how Biden parses that history, it doesn’t rhyme with hope.

To sell the Russia collusion hoax, the Democrats and the media have had to erase the memory of the eight years of Obama–Biden. There was much to erase, starting with the fact that the Obama White House began cozying up to Russia immediately after the January 2009 inauguration.

It was Biden himself, not Hillary, who introduced the “reset” meme. Speaking at a February 2009 security conference in Munich, he told the audience, “It is time to press the reset button and to revisit the many areas where we can and should be working together with Russia.”

Two years after proposing the reset button, Biden made an extraordinary speech at Moscow State University. There he listed the many new areas of cooperation between Russia and the United States and cited with pride the fruits of that relationship. Just two years prior, only 17 percent of Russians held a positive view of the United States, said Biden. By the time of his speech in March 2011, that figure had increased to 60 percent.

Russians had good cause to favor team Obama–Biden. During his 2011 speech, Biden boasted of visiting a high-tech hub on the outskirts of Moscow called “Skolkovo.” With a proven talent for taking care of those close to him, a talent he would hone in Ukraine, Biden encouraged American venture capitalists to invest there.

Even apolitical observers were troubled by an exchange of capital and information that recalled the woolly pay-for-play days of the Clinton presidency. EUCOM, the American military’s leading intelligence think tank in Europe, called American involvement in Skolkovo “an overt alternative to clandestine industrial espionage — with the additional distinction that it can achieve such a transfer on a much larger scale and more efficiently.”

Always on the prowl for a quick buck, Bill Clinton secured State’s permission to meet with Skolkovo honcho Viktor Vekselberg, a donor to the Clinton Foundation. Clinton happened to be in Russia at the time to give his infamous $500,000 speech, paid for by a Russian investment bank with ties to the Kremlin. On that same trip, Clinton met with senior Rosatom official Arkady Dvorkovich. The media scarcely noticed.

Rosatom was the entity that controlled all things nuclear in Russia, including the arsenal. Rosatom also built the controversial Bushehr reactor in Iran and supplied it with uranium. The unfussy Rosatom executives also counted among their clients North Korea, Venezuela, and Myanmar. At the time, Rosatom was seeking the permission of the Clinton State Department to buy Uranium One, a Canadian company with vast U.S. uranium reserves.

This deal raised eyebrows even at the New York Times. As Jo Becker and Mike McIntire reported in April 2015, too late to make a difference, the Russians took control of Uranium One in three discrete transactions from 2009 to 2013, during which time “a flow of cash made its way to the Clinton Foundation.” The chairman of Uranium One alone donated $2.35 million.

For Russian President Vladimir Putin, securing Uranium One was like finding a pony under his tree on Christmas morning. As Rosatom CEO Sergei Kiriyenko told Putin in a staged interview, “Few could have imagined in the past that we would own 20 percent of U.S. reserves.”

During the campaign, Obama put his own stamp of approval on the felicitous state of U.S.–Russia affairs. In March 2012, Obama met with outgoing Russian President Dmitry Medvedev in Seoul, South Korea. A live microphone picked up a conversation between the two men that was supposed to be private.

“On all these issues, but particularly missile defense, this can be solved, but it’s important for him to give me space,” said Obama, the “him” being incoming President Putin, then the prime minister. Obama continued, “This is my last election. After my election I have more flexibility.” Replied Medvedev, “I understand. I will transmit this information to Vladimir.”

Obama did his Russia-friendly flexing center stage during his final debate with Mitt Romney in 2012. Earlier in that year, Romney had called out Obama for his overture to Putin. “This is without question our No. 1 geopolitical foe,” said Romney. During the debate, Obama countered with a scripted zinger: “The 1980s are now calling to ask for their foreign policy back because the Cold War’s been over for twenty years.” The Democrats laughed. The media cheered. Putin smiled.

In 2015, after Putin had invaded the Crimea and knocked off a few political rivals, a grateful Obama called Putin thanking him for his help securing the Iran nuclear pact. As Obama told Thomas L. Friedman of the New York Times, “We would have not achieved this agreement had it not been for Russia’s willingness to stick with us and the other P5-Plus members in insisting on a strong deal.”

For seven famously “scandal-free” years, Obama and Biden cozied up to Russia. In July 2015, when Obama talked to Friedman, no one would have predicted that within a year Russia would emerge as a monstrously subversive country hell-bent on throwing the 2016 election to Donald Trump. No one would have predicted this scenario because it defied common sense. Russia had a proven pawn in Obama and a friend in Hillary.

To frame Trump, however, the White House had to frame Russia too. Through November at least it appears that Biden will continue the frame-up. His supporters will be none the wiser. The media have yet to tell them that the whole Russia collusion thing was a scam.

Biden just has to keep his message straight. Given his fragile mental state, that may not be easy. In his acceptance speech, alluding directly to Russia, he boasted that he would not “put up with foreign interference in our most sacred democratic exercise — voting.”

Biden apparently forgot he had already had put up with it. In 2016, when the alleged interference took place, he and Obama were running the country. Remember, Joe?