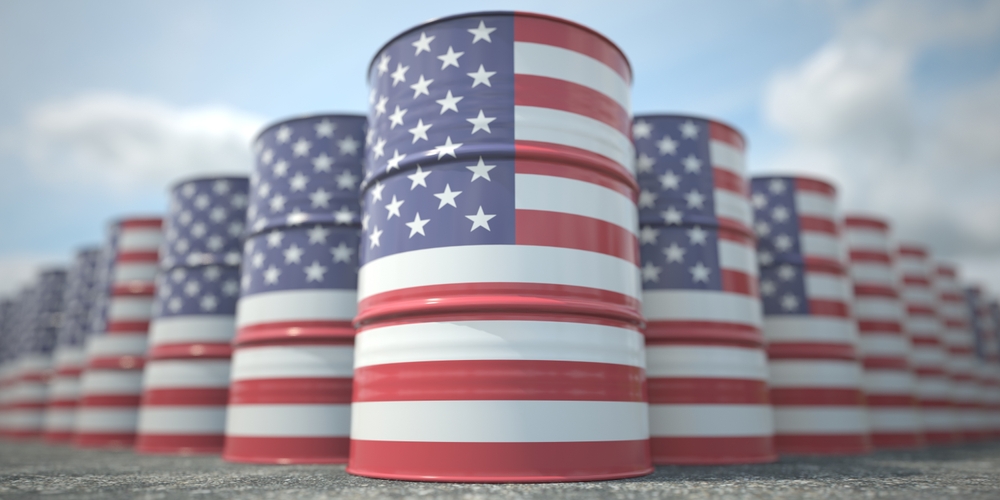 The Biden administration is kicking the tires on an oil-product export ban, a policy that would undermine the president’s own foreign affairs platform and that would fail to deliver the cost savings it promises. The Department of Energy, which in August sent American oil refiners a letter urging an export cutback, is now actively evaluating a federal ban at the White House’s request, according to Bloomberg’s Ari Natter and Jennifer A. Dlouhy.

As a foreign policy matter, such an export ban would be as cruel as it is contradictory. In response to Russia’s invasion of Ukraine, European countries like Germany have sharply reduced their imports of Russian energy commodities. President Joe Biden has encouraged U.S. companies to alleviate the supply shock by exporting as much as they can across the Atlantic.

While natural gas has been the major crunch point (and a U.S. liquefied natural gas export ban reportedly is not on the table at this time), the European energy crisis extends beyond that commodity. With gas prices at astronomical levels, diesel and heating oil are growing in importance on the global and European markets. U.S. exports of oil products were 11 percent higher from January to June this year compared to the same period last year, according to September data from the U.S. Energy Information Administration (EIA).

S&P Global reported on Oct. 17 that Europe’s high natural gas prices will precipitate a rise on the continent in the use of heating oil and diesel fuel this winter. Germany’s largest local utility, Stadtwerke München, for instance, has reopened two oil-fueled plants. “[The two oil heating plants] will use diesel,” the company said. “With these measures, Munich’s natural gas consumption will be reduced and the energy mix broadened.”

Along with gasoline, these are some of the very refined products the export of which the White House is now considering banning.

While Germany in particular has itself to blame for building a codependent economic relationship with the Kremlin, the Biden administration needs continued European support for its campaign to isolate and incapacitate Russia’s economy. Selling fuel to Germany is one important way to bolster economic and security solidarity. Why then, when the situation in Europe looks bleaker than ever, is the Biden administration considering an energy export about-face?

While Russia’s war has continued to rage, inflation in the U.S. has too. According to the Oct. 13 report from the Bureau of Labor Statistics, “the all items index increased 8.2 percent for the 12 months ending September.” With the midterm elections just weeks out, the Biden camp is feeling the heat.

Why, when the situation in Europe looks bleaker than ever, is the Biden administration considering an energy export about-face?

Gasoline and diesel are not only significant household-budget line items but also critical inputs for the prices we pay on goods across the economy; for the better part of a year, those input costs have been ugly. The national average price at the pump as of this writing sits just under 4 bucks for gasoline, at $3.87 per gallon. Even though that’s down from the summer’s all-time high of over $5, it’s still more than 50 cents above October 2021’s average, according to the American Automobile Association’s running log. For diesel, the numbers are much worse, with a gallon’s costing $5.30 today versus $3.54 a year ago.

The seemingly simple logic of an export ban — that by blocking companies from shipping gasoline and diesel abroad the Biden administration can direct more U.S. energy production to the home market, lowering prices for Americans — is seductive, but it breaks down on closer inspection.

Even from a purely economic perspective, the case for an export ban is flawed. U.S. refineries process a variety of crude oil grades at purpose-built facilities, making products intended for specific markets, including those in foreign countries. Cutting off exports of refined products would prompt refiners to reduce their crude oil purchases and their own resultant production. The idea that refineries would hum along as usual despite being cut off from the global market defies reality. (READ MORE from Jordan McGillis: Carbon Tax Fades Into Policy Wilderness)

According to industry statistics, of the 18 million barrels per day the U.S. has in refining capacity, about 19 percent of output is shipped abroad, with the Gulf Coast as the leading export region. That makes sense, because nearby Latin America has traditionally been, and still is today despite increased exports to Europe, the major market for U.S. oil exports. If refiners on the Gulf Coast were banned from exporting fuels, it would not mean cheaper fuel for people in different parts of the U.S.; it would mean that capacity would be taken offline. (And more reason for Latin American to opt for Russian supply.)

Moreover, even if refineries theoretically could turn on a dime to redirect their products to U.S. gas stations, the products would have limited access due to our infrastructure policy shortcomings, such as the misguided Jones Act. According to the EIA, most diesel fuel moves by pipeline, not by ship, rail, or truck, from U.S. refineries to terminals near our major consuming areas. Fortunately, the global market is already responding to low U.S. inventory levels with enormous quantities of refined products being redirected by traders from destinations in Europe to the United States. As of Oct. 15, “[a]t least two tankers carrying 90,000 tonnes of diesel and jet fuel are heading from Europe to the U.S. East Coast, according to traders and Refinitiv ship tracking data.”

Lastly, a downturn in the financial prospects for U.S. refineries caused by an export ban would itself be a profound economic negative for the country, since the refining industry is a major contributor to overall economic performance. July 2022 research from the American Council for Capital Formation finds that a ban on refined product exports could cause close to 100,000 American jobs to evaporate and a national loss of $44 billion in gross domestic product next year.

Banning the export of gasoline, diesel, and other refined products is bad foreign policy and bad economics, and it can best be interpreted as a ham-fisted attempt to stave off a November shellacking for the Democratic Party.