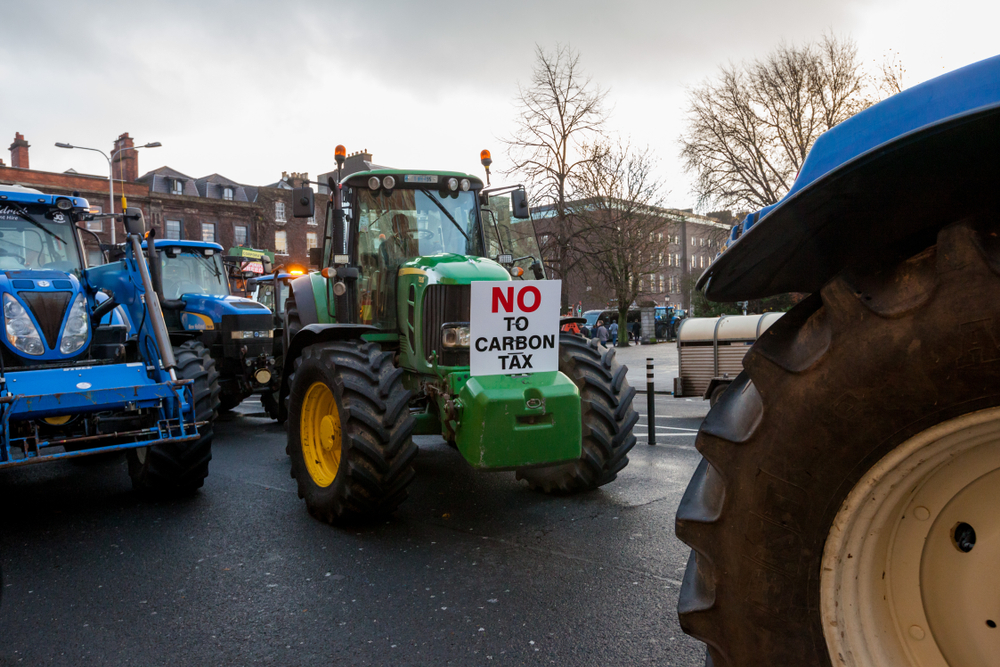 The dubiously named Inflation Reduction Act (IRA), a smorgasbord of energy subsidies, health-care policy changes, and tax reform measures, passed to laudatory acclaim from a broad Democratic and centrist coalition in August. One faction that was understandably mum, however, was the carbon tax movement.

In the energy domain, the IRA will fund an array of technologies through provisions like a new investment tax credit for batteries, microgrids, and biogas; through extensions and expansions for tax credits on electric vehicles, carbon capture and sequestration, and solar energy; and through the creation of a new hydrogen production tax credit.

Costly though the IRA will be, a carbon tax is not among the legislation’s revenue-generators.

After a decade of post-Waxman-Markey lobbying and millions of dollars poured into the efforts of groups like the Climate Leadership Council (CLC) and Young Americans for Carbon Dividends (YACD), carbon taxers find themselves in the wilderness. Congress has passed its largest-ever climate change legislation, and the carbon tax movement’s raison d’être is nowhere to be found.

To understand why the carbon tax movement finds itself on the outside looking in doesn’t require a Ph.D. in political science; it requires only a common sense look at how energy plays politically in the U.S. and across the globe.

People don’t want to shoulder the burden of behavioral or price changes, even when they say they support climate action or more broadly think of climate change as a problem.

Energy factors into virtually every good in the economy. When energy prices — such as for transportation fuels and electricity — rise, all the goods depending on them rise too. That means that not only are direct energy uses, like driving a car or cooling a home with air conditioning, more expensive, but so is food, so are household goods, so are industrial products. No one likes when this happens, as it has through much of 2021 and 2022.

The carbon tax increases energy costs intentionally. Thus, to argue for the carbon tax is to argue against one of the most basic felt interests in the modern world: that we should have affordable energy to get what we need when we need it. When French President Emmanuel Macron hiked fuel taxes in 2018, he immediately felt the heat from the combustible Gilets Jaunes movement; he stood down and removed the increase the next year.

To sneak around the fact that the essence of their policy recommendation is to make our the sources that provide 79 percent of U.S. energy more expensive, groups like the CLC and YACD try to direct public attention to the second-order issue of how they’d like to spend tax revenue and away from how they’ll procure it. Hence, Young Americans for Carbon Dividends rather than Young Americans for Energy Price Hikes.

But the political problem goes deeper than word choices. People don’t want to shoulder the burden of behavioral or price changes, even when they say they support climate action or more broadly think of climate change as a problem. The common metric to gauge preferences on this is called “willingness to pay,” and that willingness is virtually nonexistent. A 2021 survey of 1,000 voters conducted for the American Energy Alliance found that more than two-thirds of Americans consider global warming “a moderate problem,” “a major challenge or problem,” or “a crisis,” with 24 percent selecting the most severe of designations. Yet, when asked what they would personally be willing to pay each year to address climate change, their median response was just $20.

This dynamic has proven sticky in the age of climate politics, and it is the major obstacle for carbon taxers. The carbon tax makes sense to policy wonks, but it doesn’t make sense to the voters to whom politicians must appeal. Way back in 2016, Hillary Clinton’s presidential campaign chairman John Podesta told the New York Times that Clinton was aware of popularity of the carbon tax among economists, but that it wasn’t seen as a political winner. “The problem is,” he said, “she knows the politics of this are toxic.”

Where do carbon taxers go from here?

The issue won’t be front-page news anytime soon, but the nature of Beltway think tanks is that they will tailor their message to the moment and re-craft their recommendations until they find a receptive audience. Taking cues from the legislation that just passed and the triumphalism of regulate-and-subsidize crowd, carbon taxers will likely now veer away from the best case they had. The most satisfying argument for the carbon tax, one put forward by analysts like Douglas Holtz-Eakin and the team at the Tax Foundation, is that it can replace other onerous regulations and taxes and therefore add to economic efficiency while also cutting emissions. (READ MORE from Jordan McGillis: The Carbon Tax Pipe Dream)

You can already see carbon tax organizations like the CLC seeking to accommodate, rather than challenge, the momentum the IRA represents for their policy rivals. CLC president Greg Bertelsen, in an August update to supporters, remarked that he views the IRA positively and that a carbon tax remains “the most powerful policy tool unused in our toolbox.” While expressing disappointment at its exclusion, Bertelsen makes a salient point on its future chances: despite leaving out a carbon tax, the IRA contains a meaningful, if little-discussed, fee on methane emissions, suggesting that the door to additional, broader emissions pricing remains open, if only a crack. The path to a carbon tax, this inclusion indicates, is probably more piecemeal and sector-specific.

So, while the carbon tax is out for now, it would be unwise to count it out for long.