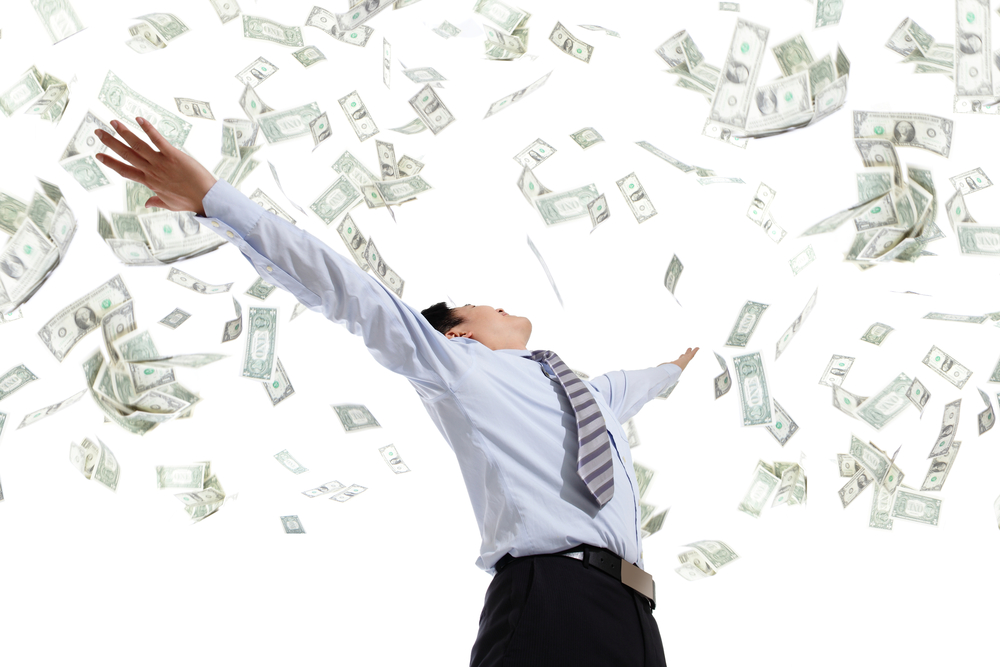 With the media proclaiming President Joe Biden to be the new FDR, it’s important to craft the right governing philosophy for him. The answer is simple. The federal government should make real the most simple liberal — excuse me, progressive! — principle. Everything in life should be free. At least, everything good in life should be free.

I had this extraordinary revelation while reading the Washington Post, the repository of all that is wonderful and decent in the nation’s capital. Post staffer Jen Balderama penned an article entitled, “Community college saved me. Biden is right: It should be free.” It was an epiphany! I suddenly understood: If even one person benefits from something, it should be free to all. What could be more obvious? What a wonderful life Americans then would have.

Why stop at giving away community college education? Consider the movement to eliminate student debt. The Left already is pushing this hard. It involves the same principle, at least for anyone who borrows to pay for a university degree. How foolish I was to work while in school and accept help from my parents to pay for undergrad and law school. Education was good for me. No doubt adding another lawyer to our terribly underserved society was great for the people! So of course my schooling should have been free. Why should I have to pay for something just because I chose to do for my benefit? America — and, heck, everyone else on Earth — benefited. Make college free for all.

And as much as we want wherever we want. If I feel called to be a permanent student, Washington should make my dream come true. Moreover, if I want to go to Stanford, Harvard, Yale, or some other pricey place, cost should be no object. Indeed, why should I be denied entry by discriminatory “standards” and “qualifications”? Elite schools are part of the racist, elitist, patriarchal, and whatever other evils that apply to structures designed to hold we the people in bondage. All universities should be public, open to all, and free to everyone. Cambridge, here I come!

It is time for government to act and make your dreams come true — for free.

There’s also child care. Why should people be expected to be responsible for their own kids? Hillary Clinton was wrong to believe that it “takes a village.” That isn’t nearly enough people! Rather, it requires all the smart thinkers in Washington taking and spending everyone else’s money. Progressives believe that having sex and aborting babies are the most — actually, perhaps the only — essential liberties. Government is entitled to promiscuously and routinely interfere in every other human decision. If the intersection of these two fundamental rights unexpectedly leaves a baby alive, then the essential right to economic redistribution kicks in. And everyone else should pay for everything — starting with child care at birth.

It is beyond question that health care should be free. Every last procedure. Being healthy is our rightful state, and getting sick isn’t our fault. Even if someone claims that we contributed to the problem — all the outrageous fat-shaming that goes on after people have a heart attack, for instance! — it shouldn’t be held against us. Personally, I want it all.

If a few extra pounds result, there should be some miracle medical procedure to remove a few of them — why should I be denied the chocolate that is necessary to help me determine the meaning of the universe and engage in other essential acts of personhood? My once-bountiful hair appears to be thinning: surely modern medicine can fix that. And it was nice getting the COVID-19 vaccine for free. Why do I have to pay more for aspirin than for a life-saving shot? It all should be free.

Similarly, food should be free. We need it to live. And there should be food equality. It’s no one else’s business what we eat. If I prefer a diet of steak and shrimp, what is the problem? If I want caviar, it should be my right. Why should I be denied my preference? Why should rich people get to eat what they want and not me? That is downright unfair. It also is classist. Racist. Sexist. And probably some other evil “-ist”s as well. In my case, being fat is an essential part of who I am — especially eating cashews, chocolate, potato chips, and ice cream. It isn’t fair to deny me such necessities just because some dead white cisgender male living in what once was an empire that oppressed native peoples and allowed slavery claimed something was unhealthy. Food should be provided to everyone, without judgment and free of charge.

So should transportation. How are those of us who aren’t Bill Gates or Jeff Bezos supposed to get around? Cars are expensive. Gasoline is expensive. Parking is expensive. We need to go to work (oppressive!) and school. We even have to drive to go out on dates (essential to humankind!). Buy groceries. Vote (early and often!). And organize unions for protest and the socialist masses to overthrow their oppressors.

Moreover, gasoline-powered cars are bad for the environment. So mass transit should be everywhere and free. Electric cars should be free. Even taxis for those of us who don’t want to own cars should be free. Though not Uber and Lyft, tools of exploitation against the laboring masses. It is socially unjust to expect people to pay for something as essential as transportation.

Housing should be free, too. No one should be denied the home of their choosing. Today poor people suffer in cities while their oppressors live in splendor in surrounding suburbs. Public housing is a good start but doesn’t go nearly far enough. It still allows enormous housing inequality. Why shouldn’t everyone get to live in a house like that owned by Bill Gates? Government should confiscate the existing housing stock and distribute it on a fairer basis. But much more is required. Government should make companies build houses for free for everyone. Make rich corporations give back to the community! True servants of the people, like Sen. Bernie Sanders, who owns three homes, should be shown special consideration for having devoted their lives to taking from the rich for the rest of us. Personally, I believe I deserve at least two homes!

Even jobs should be free. That is, government should employ anyone who needs work. Well, a paying position, not actual work, if you get my meaning. Nor is there any reason to let “need” and “qualifications” as defined by dead white cisgender males get in the way. Government should provide employment to everyone — no restrictions. Why should people be constrained by arbitrary limits that prevent the oppressed masses from being all they can be? Have you ever been denied an opportunity that you believed you deserved? It is time for government to act and make your dreams come true — for free.

Democrats should listen to progressive activists and institute the socialist ideal. Like to cook? Government restaurants should allow anyone to be a chef. A frustrated architect? Government construction companies should let anyone design and build homes for all. Better yet, produce skyscrapers to showcase the new equal and fair America. Just imagine Stalinist realism with a Bidenesque accent!

Did you play doctor when young? No need to waste time in medical school! Government hospitals should hire anyone to fulfill their dreams. We would have true people’s radiologists, neurologists, thoracic surgeons, and more. Why let oppressive training get in the way of ideological commitment? Who doesn’t believe they can teach better than some antediluvian professor with an ancient degree granted by a school founded decades or centuries ago by a bunch of dead white slave-owning cisgender males? Government universities could allow anyone to teach. With appropriate emphasis on true human values. We have a chance to build a real and permanent socialist majority.

There’s no limit to this idea. Why let qualifications get in the way of government service? The more decades of undistinguished office-holding, the better! Government institutions should allow anyone to take power and rule over the rest of us — oh, wait, at least that ideal has been fulfilled! All hail President Joe Biden! But this should be just the beginning.

Free should become the new principle of government. Paying for everything remains a slight challenge, though. The who is obvious, starting with rich, oppressive, white, cisgender men and even women — there just aren’t enough guys, alas. Also high-income, conservative people of color, who obviously are not authentic and do not deserve to be treated as real people of color. And anyone else departing from progressive orthodoxy. But how to keep them working while seizing everything they earn remains a slight conundrum. Still, surely Joe, with the help of Kamala, Nancy, and Chuck, should be able to work out the details.

Just think of the new national rallying cry: America the land of the free, the brave, and the perpetual freebie!