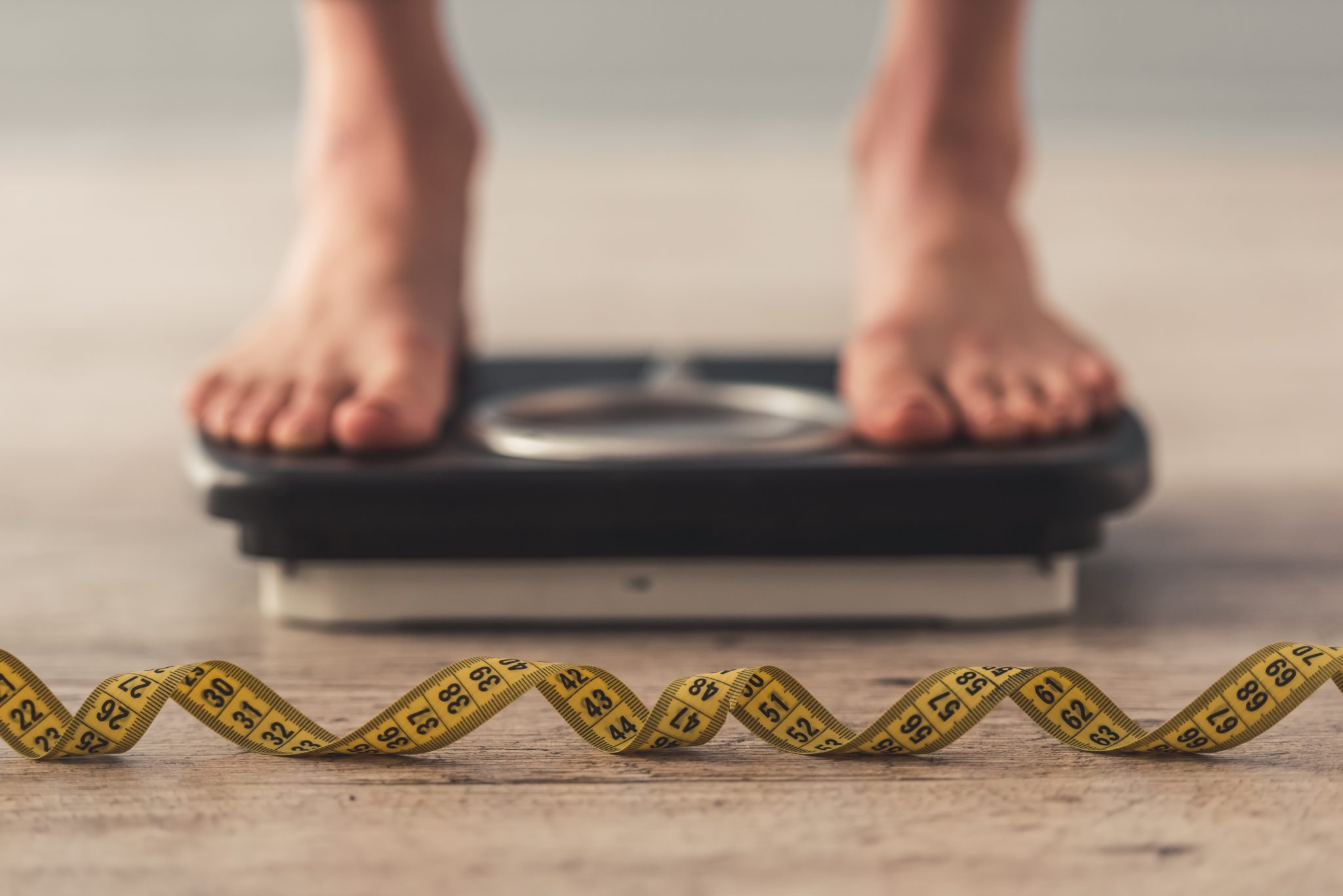 Aside from older age, unfortunately not yet controllable, it’s possible that nothing is more associated with death from COVID-19 than overweight and obesity. Yet it’s the elephant in the room. The mainstream media, seemingly obsessed with absolutely every COVID angle you could possibly imagine — and many you couldn’t — rarely reports on this link. Indeed, when British Prime Minister Boris Johnson tried to make it part of his nation’s anti-COVID plan, he caught hell. Why?

It actually goes back well before the pandemic, an effort by the click-hungry media to cater to the desperate desire to believe being fat results from anything, black magic not excluded, other than too many calories in and too few out. So given that success in today’s “journalism” means confirmation bias, just about anything you will read or see on overweight and obesity will cater to our desire to believe individual responsibility plays no part.

That effort goes back decades before COVID and can be traced back to similar efforts with alcoholism: You’re not responsible for the food you eat or the alcohol you drink.

COVID-19 death rates are 10 times higher in countries where most are overweight.

And in both cases this blatant effort to destigmatize bad behavior is killing vast numbers of people — not all of them the eaters and boozers.

First, the COVID–obesity connection. “Having obesity may triple the risk of hospitalization due to a COVID-19 infection,” according to the CDC. It impairs the immune system, decreases lung capacity and reserve, and can make ventilation more difficult. As body mass index increases, the risk of death from COVID-19 increases. If you contract the novel coronavirus, you have “50 percent more likelihood of dying,” a highly-regarded obesity researcher told the medical journal JAMA in an interview, saying his findings “really shook me.”

In March, the CDC reported that about 80 percent of those who are hospitalized or die in the U.S. because of COVID-19 are overweight or obese, even as the World Obesity Federation reported that almost 90 percent of deaths with COVID-19 in the first year of the pandemic were in countries where more than half of the population is classified as overweight. COVID-19 death rates are 10 times higher in countries where most are overweight.

Conversely, moderate-to-strenuous exercise (essentially a brisk walk) has been found to be independently protective against hospitalization and death from the novel coronavirus. That is, the research controlled for such factors as older or heavier people exercising less than younger or leaner people. Needless to say, this is not in line with advice like “stay at home; save lives” unless you happen to have home exercise equipment. In fact, research shows Americans gained two pounds per month during lockdowns.

Mind, it hardly took COVID-19 to make overweight and obesity dangerous, or to make exercise good for you. That’s why I devoted my 1997 book to it: The Fat of the Land: The Obesity Epidemic and How Overweight Americans Can Help Themselves. Despite my quixotic efforts, the prevalence of U.S. obesity soared from 30.5 percent to 42.4 percent in 1999–2000 through 2017–18, and the prevalence of severe obesity increased from 4.7 percent to 9.2 percent. For black women, the obesity rate is a stunning 56.9 percent. Add in overweight and about two-thirds of Americans qualify, such that what was once called “normal weight” is now quite abnormal. This trend will continue.

But COVID is hardly necessary in the killing process. According to the CDC, “Obesity-related conditions include heart disease, stroke, type 2 diabetes and certain types of cancer that are some of the leading causes of preventable, premature death.” An assessment of 2014 health data conducted by researchers from the Cleveland Clinic and the New York University School of Medicine found obesity to be the top cause of preventable life-years lost. What part of “top cause” don’t people understand?

So COVID-19 could have been an opportunity to raise awareness of the rising level of obesity and the need to effectively combat it. Instead we’ve seen a backlash to linking COVID-19 to obesity without ever seeing the “lash.” Thus NBC News devoted a long story to shaming “fat shamers,” but provided no evidence that they even existed beyond an oblique reference to social media trolls.

“Fat acceptance” advocates for decades have tried to convince us that, despite mountains of evidence, you can be “fat but fit.” I devoted a whole chapter of my obesity book to debunking this, and it’s still being debunked. “The idea that someone can be ‘fat and fit’ — that is, overweight but still healthy — has been around for some time. But don’t be fooled,” declared a publication of the Harvard Medical School last year.

Yet anyone saying fatness is unhealthy is automatically dubbed a “shamer,” and shaming, we’re told, is very bad. As in skip purgatory and go straight to hell bad. You see, far from the shamer causing the shamee to eat better and exercise more, well … insert “weight shaming causes poorer health” into Google and you get an amazing 18,700,000 hits.

Many of those Google hits are opinion pieces from medical journals. “The latest science indicates that weight stigma can trigger physiological and behavioral changes linked to poor metabolic health and increased weight gain,” states one in BMC Medicine (BioMed Central) from 2018. “Influential people who fat shame, whether they are healthcare providers, parents, educators, business leaders, celebrities, or politicians, are the most damaging. They must be made aware of and held responsible for their behavior,” it concludes. Good thing there’s still a federal death penalty.

Nowhere does the BMC Medicine writer hint that fatness, er, uh, “being plus-sized,” results from an energy imbalance. Again, it seems to come down to some sort of black magic.

The same thinking prevails regarding the obesity–COVID link, notwithstanding that even St. Anthony of Fauci has often made it. A February 2021 article in the International Journal of Disaster Risk Reduction declared that “questions remain about the quantitative risk of the association between fatness” and COVID-19. We also have questions about the moon, but that hardly means it doesn’t exist. The article also uses a common term in shame-shaming literature: “fatphobia.” That means if you disagree, you’re mentally ill.

We’ve seen this wacky attitude before with alcoholism, which we’re assured is not a moral failure but rather a disease like cancer or the flu. Never mind that smoking is considered absolutely to be a moral failure even though boozing is a major wrecker of households and of deadly accidents while smokers pretty much just hurt themselves.

Declaring alcoholism to be a disease in order to monetize it goes way back. The Wikipedia entry on alcoholism is illustrated with a newspaper ad from 1904 declaring that “Drunkenness Is a Disease and Can Be Cured.” A Dr. W. H. Saunders promises a treatment that is both without side effects and 100 percent effective.

Official U.S. government acceptance of the alcoholism disease model began with a 1966 Supreme Court interpretation (yes, the notoriously activist/leftist Warren Court) of a huge 1956 AMA report that essentially just mentioned the subject in passing. The mainstream media have shortened this by tossing out the Court’s role and simply saying, “In 1956, the American Medical Association named alcoholism a disease.”

But gradually the entire Public Health Service did fall into line, pushed by the AMA cartel that needed this designation to milk alcoholism as Saunders sought to do. Just as we’ve seen with the fat-shame shamers, today the U.S. Office of National Drug Control Policy tries to discourage terminology commonly associated with alcoholism, including “addict, addiction, alcoholic and the like, due to the negative connotations associated with these terms.” It should be called “severe alcohol use disorder,” according to the 2013 publication of the fifth edition of the “Diagnostic and Statistical Manual of Mental Disorders” (DSM–5) by the American Psychiatric Association.

Now compare and contrast with “severe tobacco use disorder” — a term I just invented. In America ads were banned, warnings were placed on packages, and tobacco taxes shot up. Finally, in 1993 the government launched its effort to use — ready for this? — shame — to get people to quit smoking.

I was at the forefront of those criticizing the “passive smoking” or “Environmental Tobacco Smoke” (ETS) pseudoscience (and therefore accused of being paid by Big Tobacco), with my reporting in Investor’s Business Daily. Yet I’ll be the first to admit that it apparently worked, by shaming smokers in changing the message to “your smoking will kill you” to “your smoking will kill others.” The percentage of Americans smoking plummeted during and after the campaign, and I have no other explanation as to why other than that the false propaganda worked. It’s an outcome I’m happy about, despite the underhanded method. My mother died of emphysema.

But smokers were much in the minority, whereas obese and overweight people are very much in the majority. So are people who at least casually drink. This is exactly what catering to confirmation bias would dictate. Importantly, the ETS campaign was also kicked off not just by the government but the media’s favorite major agency, the EPA.

Certainly the trend has been away from condemning individual behavior and towards blaming the group. Further, over the last couple of generations America’s old heroes of the military, firemen, and (saints preserve us!) the police have been replaced by a new category: the victim. Claiming victimhood can make you both celebrated and rich; witness the $3.2 million in real estate holdings of a Black Lives Matter co-founder. If a “person of color” is killed by cops under questionable circumstances, “ANYONE MAY BE ENTITLED TO COMPENSATION of many nights of fun rioting and a free LG 55-inch 4K TV (or similar item).” Yes, even if you’re white.

Our society, you see, is allegedly more amenable to government actions — like, say, lockdowns — than placing the onus on the individual. Except … actually, that’s where stigma comes in. Law enforcement is necessary, but stigma has always been vastly more powerful. Japan has what’s been called a “shaming culture,” and it works. The Nipponese crime rate is a tiny fraction of that in the United States. And lo! so is obesity.

Consider the implications. The more prevalent and damaging a problem is, the more likely those who cause the problem are to be seen more as victims than as culprits.

Aside from age, COVID-19 is a disease of behaviors now common in the U.S., many of which result from activity (or lack thereof) formerly stigmatized and all of which exacted a terrible toll before the arrival of COVID-19. We don’t need less stigmatization in America; we need far more. Especially for the benefit of those stigmatized.